Beogram 4002 (5513): Restoration of the Main PCB and Installation of a Biasing Trimmer for TR3

After restoring the basic functionality of the Beogram 4002 (5513) that I am restoring right now, it was time to complete the restoration of the main PCB and install a trimmer to properly bias TR3, which is responsible for the amplification of the record detection sensor signal. This shows the board as I received it: 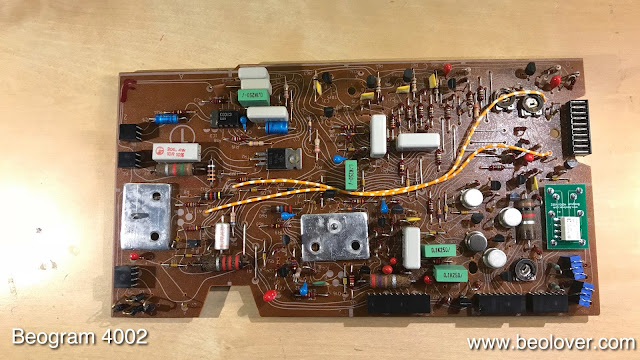 My customer already had replaced the RPM relay and trimmers. I completed the job by replacing all electrolytic capacitors, 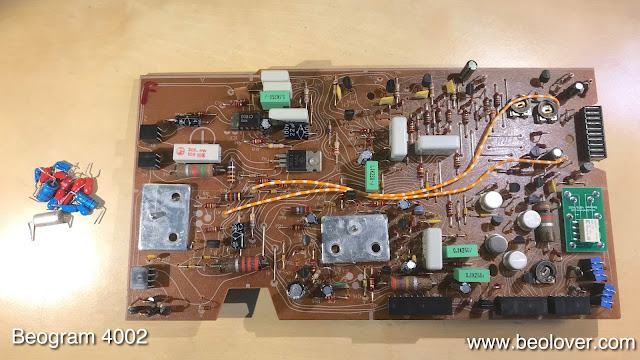 and by installing a trimmer that allows the adjustment of the bias at the base of
TR3. This shows the trimmer temporarily installed on the backside of the board allowing adjustment while the board was installed/powered up: 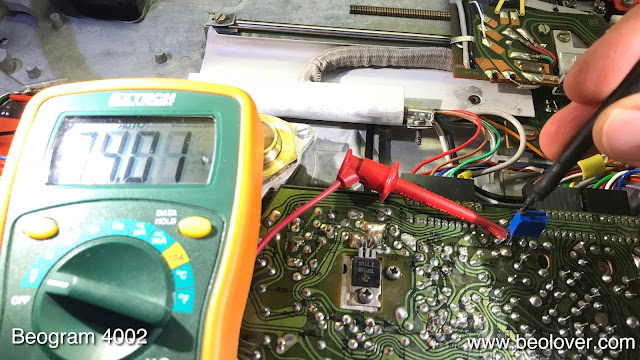 Once the collector DC voltage was set to 4.0V, I installed the trimmer on the component side: 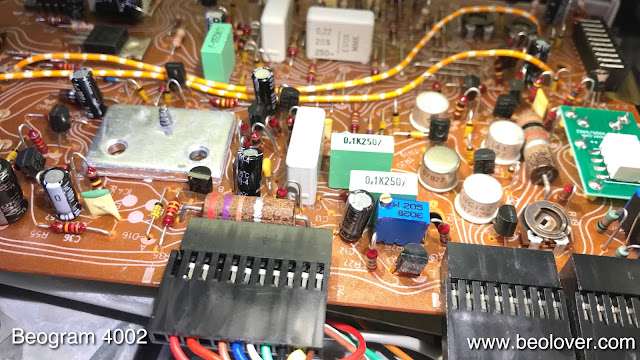 The original design has a fixed resistor in place, which in most cases results in too low amplification due to unpredictable variations in the current gain of the transistor placed as TR3. Proper amplification is important to prevent damage to the needle when the deck is accidentally started without a record on the platter.
Once this was done I updated the installation of the replacement reservoir capacitor assembly that also had been installed already: 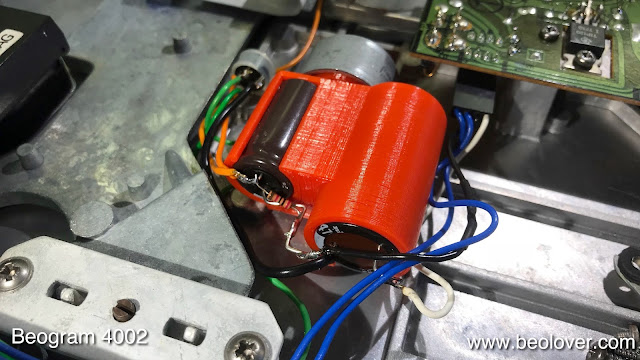 On to the installation of a LED in the sensor arm...