After restoring the DC motor of the Beogram 4002 (5513) that is on my bench right now it was time to finish it up. My customer had not replaced the sensor arm LED, so I did that before doing the final adjustments. This shows the original sensor arm light bulb in its compartment and the LED assembly that I used to replace it: 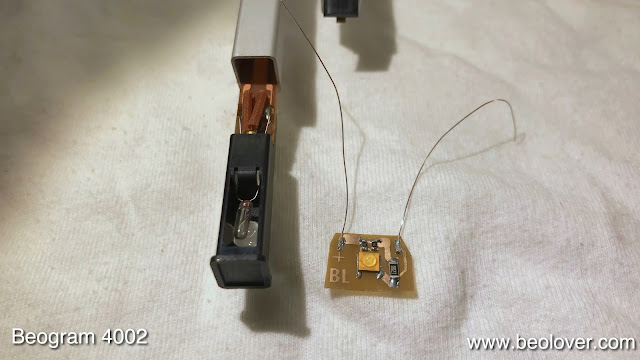 I removed the bulb and installed the LED. The flexPCB folds into the bulb compartment: 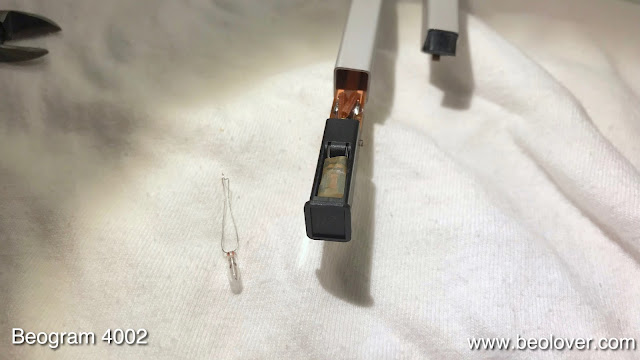 This shows the LED in action: 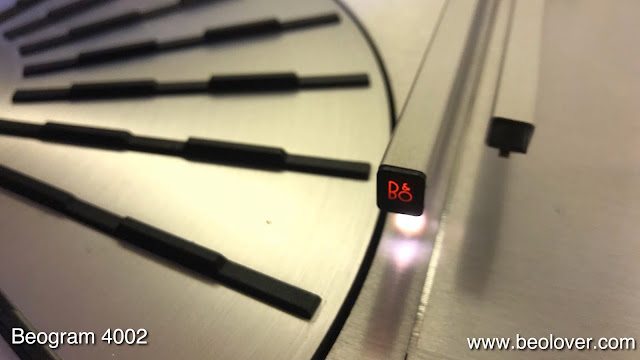 Then I did the usual adjustments. This shows the adjustment of the tracking feedback. 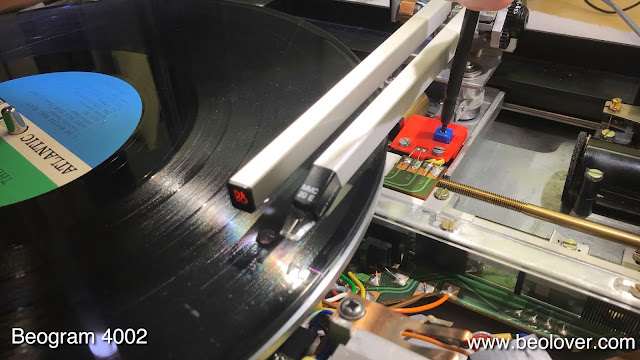 Then I adjusted the platter height, level and sub-chassis height. The next step was the adjustment of the arm lowering limit, which is the final safeguard against catastrophic tip damage should the record detection mechanism ever fail: 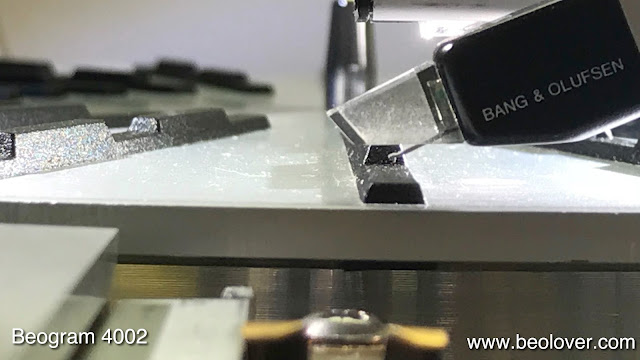 The next step was the calibration of the tracking weight. To ensure a stable calibration, it is a good idea to replace the C-clip that is used to hold the counter weight adjustment screw in place 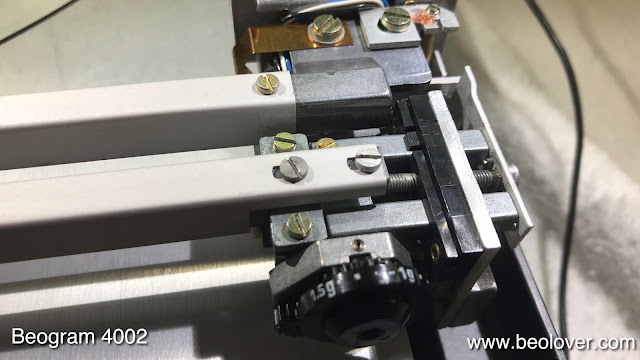 with a M3 nut and a washer: 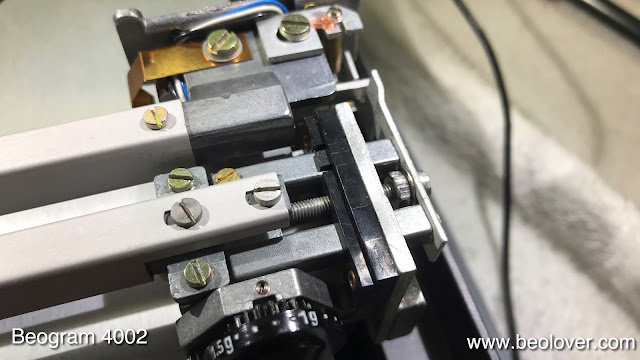 This allows fixing the weight position in place permanently top ensure that the calibration is retained during return shipping of the Beogram.
The next step was to calibrate the weight and set the adjustment wheel to reflect the correct weight: 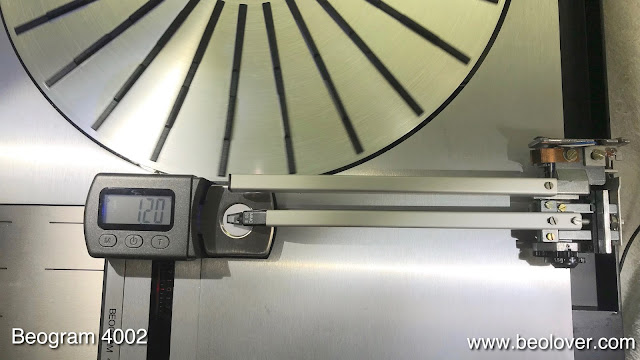 After this was done I realized that the tone arm sometimes would not go back to its parallel position by itself. I investigated and the culprit turned out to be a shifted copper 'slip pad' under the arm level adjustment screw: 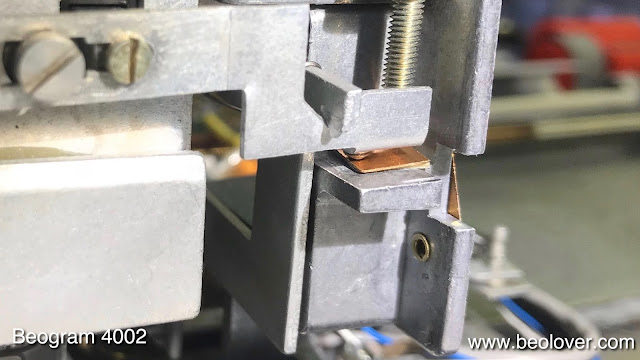 I removed the pad and put new adhesive tape on it: 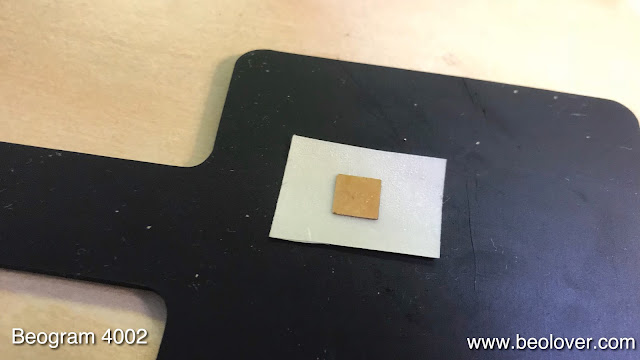 After cutting the excess tape off I glued the pad into its correct place, giving the arm some more lateral freedom to move: 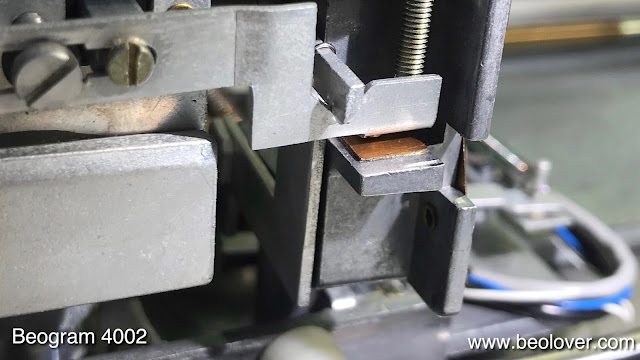 Then it was time to put a record on and play it. Unfortunately, after the needle reached the exit groove, the arm did not lift, dragging the needle across the record surface while the carriage returned to its home position. Not very Beolovely! I investigated the situation. The arm lift appeared to work properly when using the up/down button. After playing a few more records I learned that the problem only occurred after the arm was down for a while, like during play of an entire side. First I thought the arm lowering mechanism had a mechanical problem, and I took everything apart to inspect and lubricate: 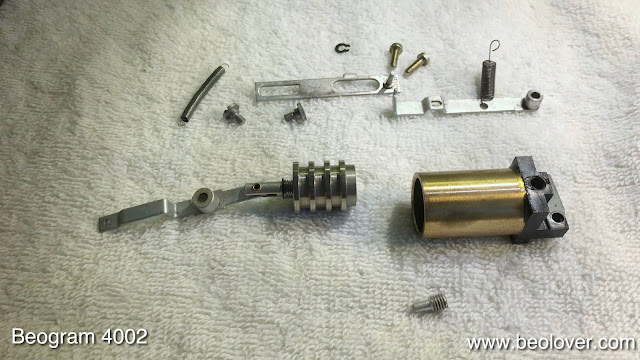 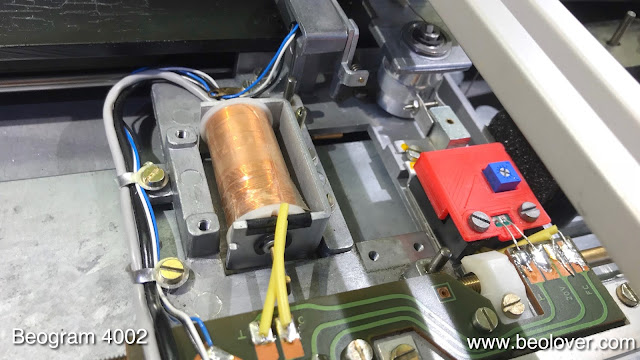 And with the new one: 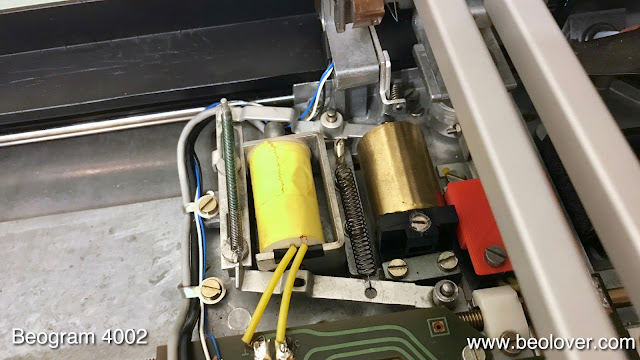 I played another record and indeed this seemed to have fixed the issue! A strange solenoid problem. It did not get hot or show any other signs of distress. It simply got stuck after being activated for a while...anyway, time to move on and celebrate!

I put a good condition MMC20 EN cartridge onto the arm and played a recently acquired record buy the MPS label on: Christoph Spendel and Wolfgang Schlüter Group: September Memories. Another great release by the German MPS label. Especially the title track is wonderful. Perfect for a Beogram test-drive: 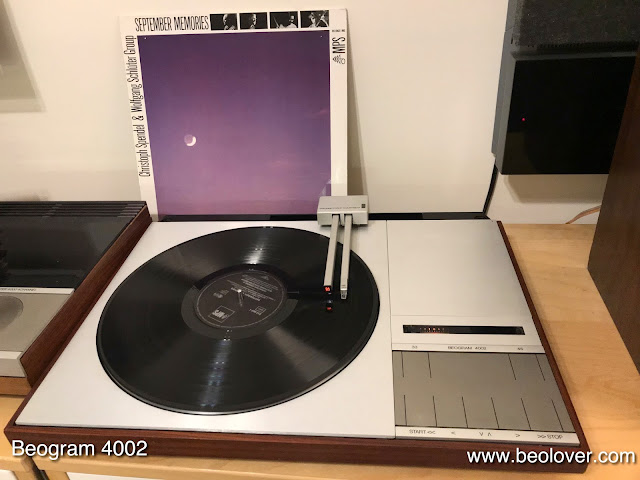 I will now play this Beogram 4002 a bit more to ensure that there are no intermittent issues, and then it will be time to send it home!