A while back Beolover encountered a fault where a 2MHz Oscillator Crystal failed in his Beomaster 8000 receiver. Needless to say the Beomaster did not operate properly. You can read about the failure in his previous blog post here.

Since that time we have been replacing these oscillators on our Beomaster 8000 restorations as a preventative measure. The Beomaster 8000 is rather expensive to ship so it is a good idea to guard against faults we have seen before.

As Beolover warns in the original post, you have to take some care and precautions when changing the two oscillator crystals (one for each microcomputer IC). The microcomputer devices can no longer be sourced if a replacement is needed except to raid another Beomaster 8000 unit.

To get started I removed the microcomputer board from the Beomaster again and removed the original oscillator devices. 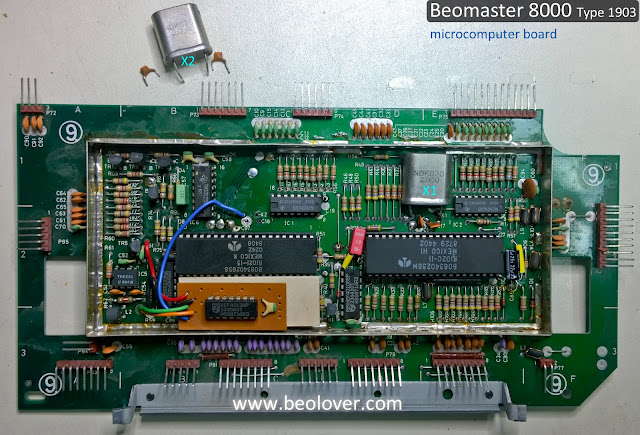 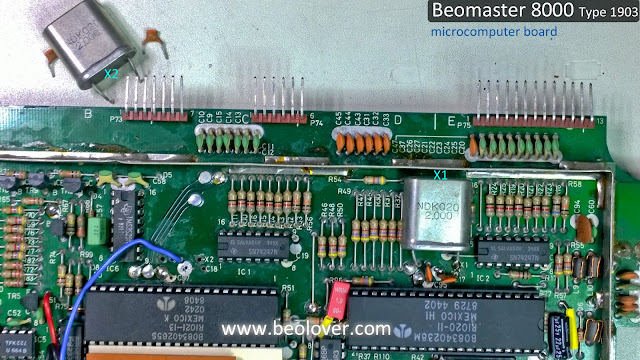 ADDITIONAL NOTE: Along with shorting the two oscillator device leads together during the removal and installation - the leads should also be connected to the the board ground....which should be connected to the ground of your ESD protective band. Anytime you are handling integrated circuits on these boards you should wear ESD protective bands and properly ground them. 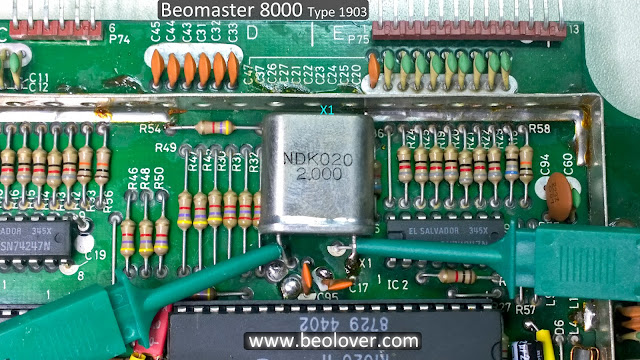 Here are the new parts installed on the microcomputer board. I used a little Aleene's Tacky Glue to secure the oscillators to the board. 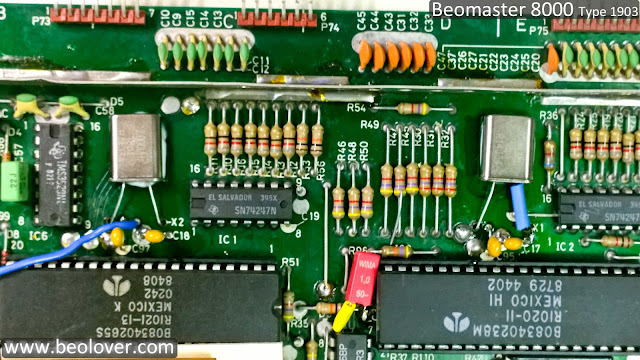 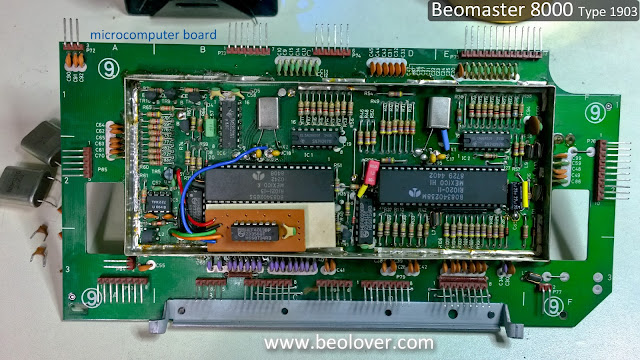 After re-installing the microcomputer board back in the Beomaster I started up the receiver and I am now listening to the FM tuner again. Another task off the list. 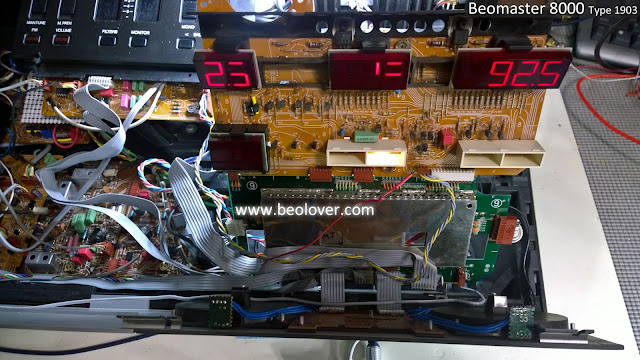 The display board is next on the list.
Posted by sonavoraudio at 11:10 PM