I was expecting to quickly replace the four ±55V reservoir capacitors and reinstall the two output amplifier boards that I restored in the last post. However, once I removed the old reservoir capacitors and started to do some cleaning I found more rust spots like I had found during the power supply restoration. I decided a simple cleaning was not going to be good enough. I really needed to remove the dirty and rusty bottom of the cabinet to clean it up.

Here are some pictures of the old reservoir capacitors and their removal. 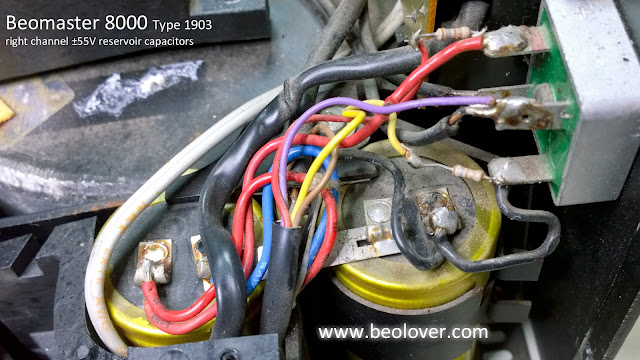 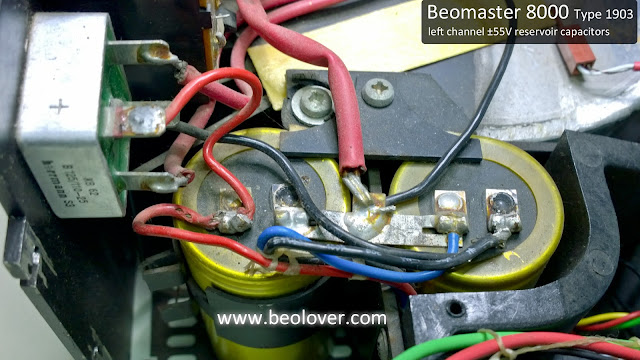 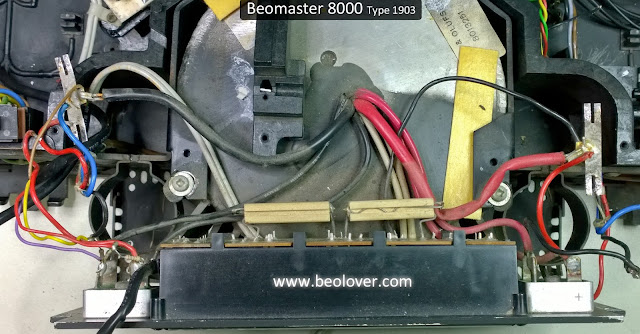 There was quite a bit of dust and grime as I had already seen in the cabinet. That is when I spotted more rust areas. 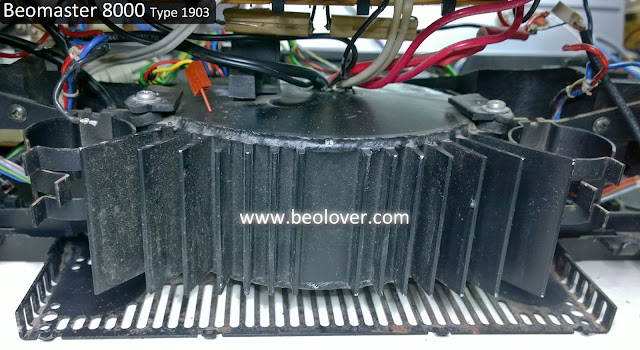 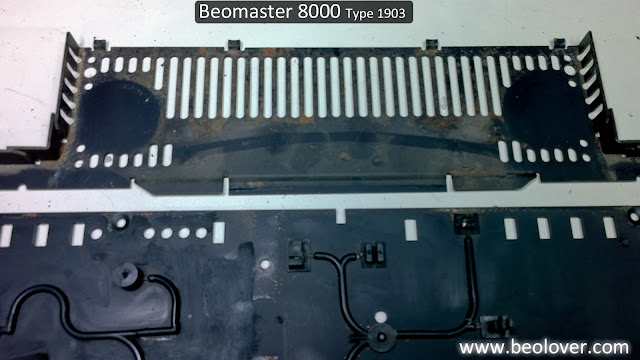 Here is a picture of a Beomaster 8000 I don't often take. The top and bottom cabinet pieces removed. 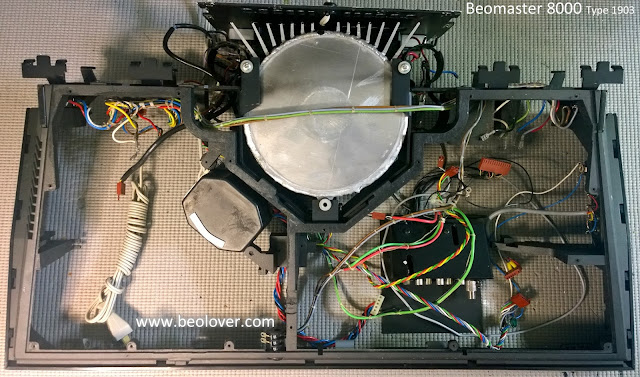 I gave the two removed, bottom chassis pieces a bath and repainting. 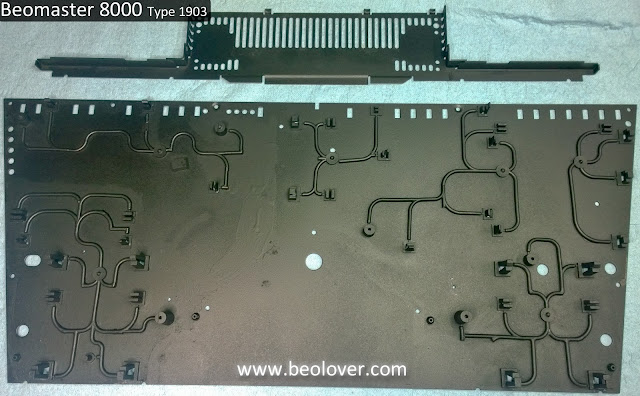 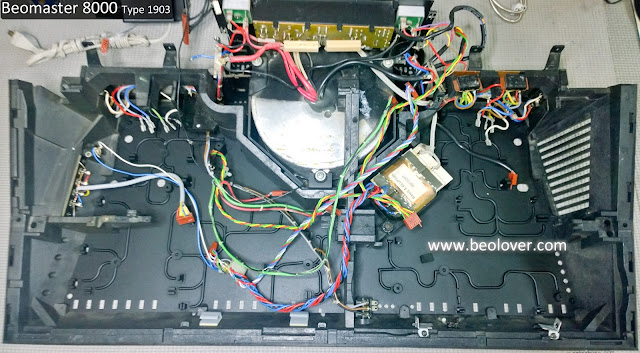 There are still a few small areas on the rear cabinet pieces that will require touching up using a small paint brush but the Beomaster feels very clean now. 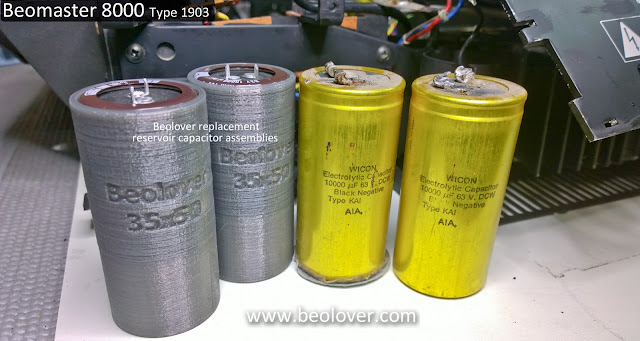 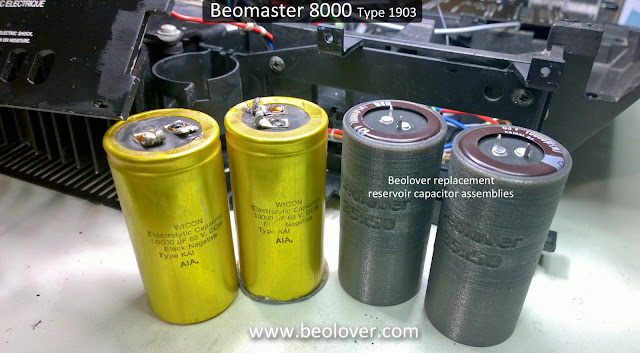 Removing the old capacitors and wiring the new ones up is kind of a pain with the way these components were connected up. I am trying something new on the new connections for this Beomaster where I installed some terminal lugs on the wires that solder to the reservoir capacitors. I am happier with the result. 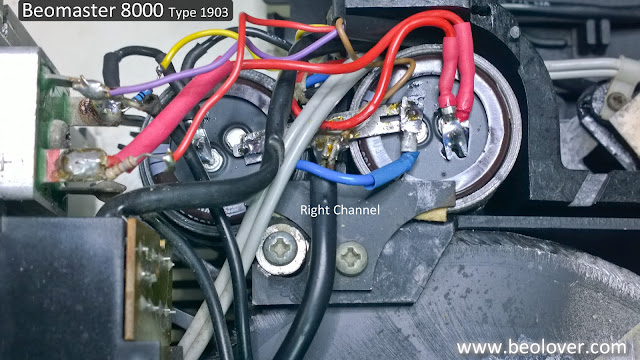 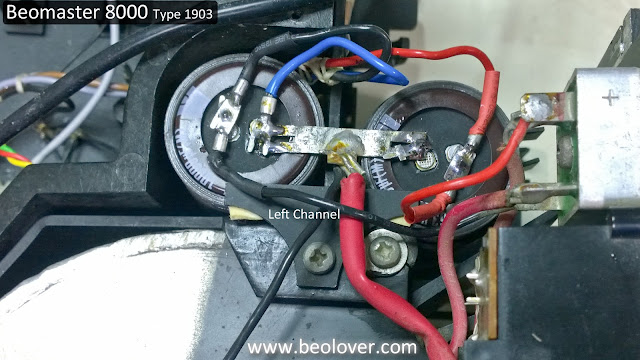 It looks like I am ready to reinstall the left and right channel output amplifiers finally.
Posted by sonavoraudio at 7:00 AM