I recently received a Beogram 4002. The owner already had started working on it, but then decided to send it over for some trouble shooting. This shows the unit: 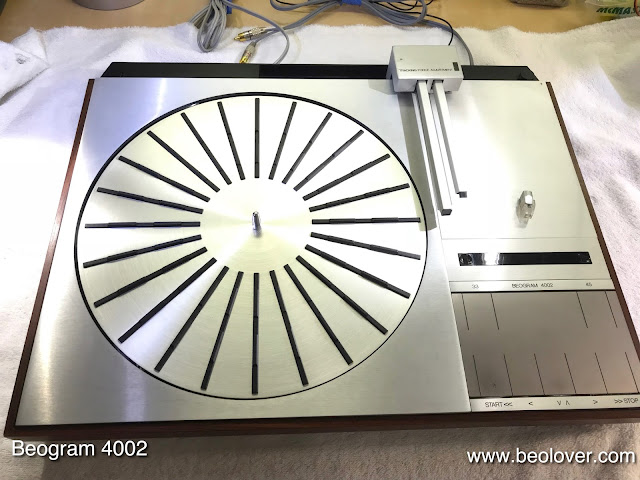 It is in pretty good condition. The aluminum parts are almost pristine except a few small scratches in the platter. The keypad has the usual wear pattern and some blank spots on the START button. I took out the aluminum panels and had a look: 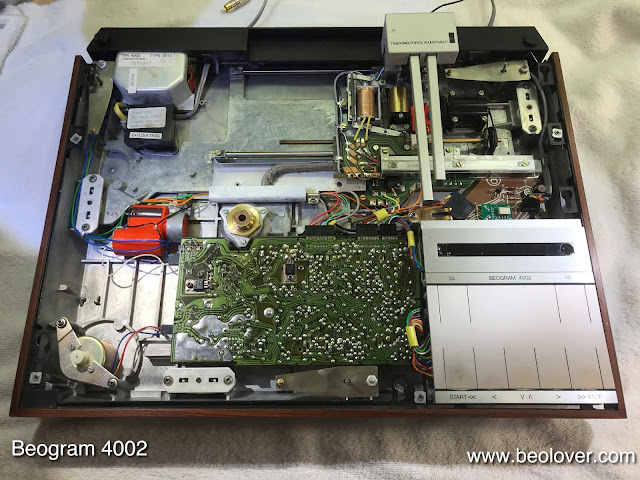 When I plugged it in and pressed start, the platter motor started running but the carriage would not move at all. Pressing start results in turning on of TR12 whose collector then goes to about 17V. This voltage turns on TR19 in the H-bridge that controls the carriage motor. I checked the presence of the 17V at TR19 when pressing start. The voltage made it there indicating that TR12 was o.k. Then I checked the voltages at TR20 when TR19 was activated. This test showed that TR20 would not turn on. I extracted it from the board and indeed a transistor tester revealed that it was burned out. I replaced the transistor with a new one, put the board back in place and voila, pressing start activated the carriage.

However, after moving about 2-3mm out, it immediately returned to the home position as if STOP was pressed immediately after start. I checked the voltage at the base of TR13, which controls the stop function. The voltage there was consistently 0V, indicating that either something pulled the base down to 0V or that TR13 itself had a problem. First I checked the start and end switchers, which can pull the base down, but both switches worked properly. Then I extracted TR13 and the transistor tester showed it to be damaged. I replaced it with a new transistor and then everything worked. Pressing start launched the carriage and it found the set down point for LPs and the arm lowered. Then it started racing towards the center of the platter, indicating that the tracking feedback needed some adjusting. Here is a picture of the two extracted transistors: 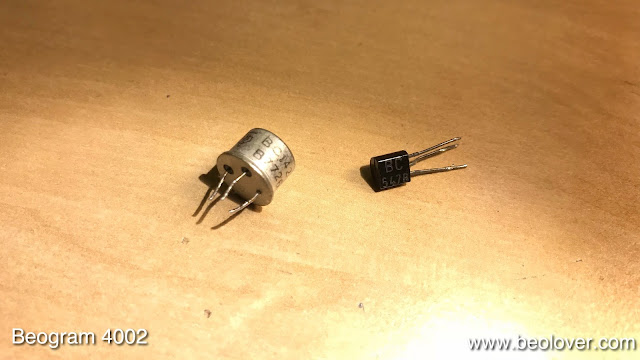 This Beogram is on the way to recovery!