Beogram 4000: Installation of a Grounding Switch That Allows to Connect System and Signal Grounds

The last Beogram 4000 that I restored had a strong hum while playing when I connected it to my Beomaster 6000 4-Channel phono input. This was fixed by simply connecting signal and system grounds. While I was not able to fully figure out why the hum occurred, I thought it wise to install a switch with which one can choose between the original grounding set-up with separate system and signal grounds (which typically results in a connection between them in the amplifier circuit) and a direct connection between the two right at the 4000 output. My original post about this procedure contains a detailed discussion of the electrical setup. I thought this to be a useful upgrade for any 4000 and so I decided to put a switch also into this one. Here are a couple pictures to document the installation of the switch on this Beogram 4000. 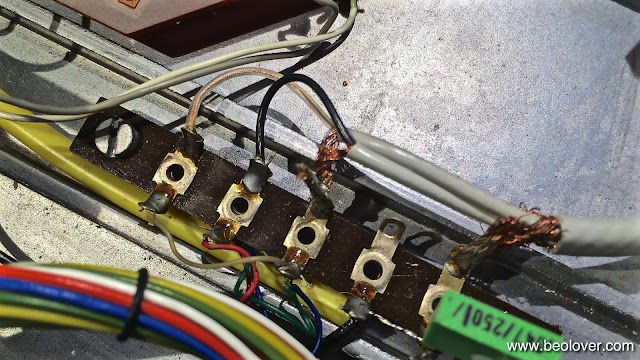 Here is the set-up with the switch allowing the user to switch easily between the two setups. I also cleaned up the soldering mess of the as-found configuration: 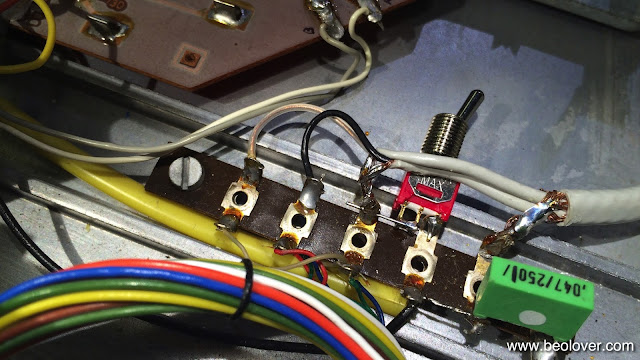 A discussion of the grounding strategies of the later Beogram 4002 and 4004 models is included in this video (they actually went from the original separate grounds model to connecting them in the 4004, i.e. my switch simply implements both strategies in one set-up allowing a choice between them):