The Beogram 4002 that just arrived needed a new light bulb for the detector arm. I replaced it with a new one. While it is a fairly simple operation to exchange the bulb, it can be a bit tricky to get the deck working again if the new bulb is not in the correct location. I made a short video about the progress that shows how to implant the new bulb, and also discusses the adjustment of its position. The video also discusses the relevant parts of the circuit and shows key oscilloscope measurements on a working detector set-up:

Here are high res pics of the oscilloscope traces. This shows the  weak signal at the base of TR3 while the platter spins under the detector: 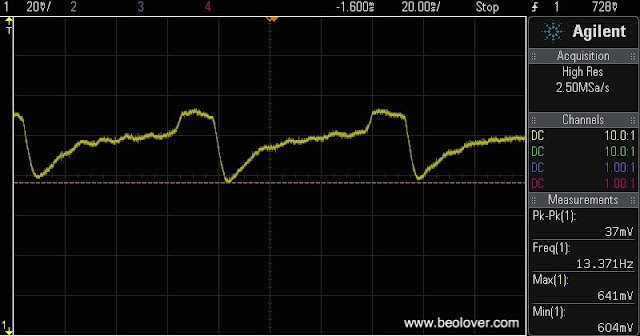 This shows the signal after amplification through TR3 at its collector: 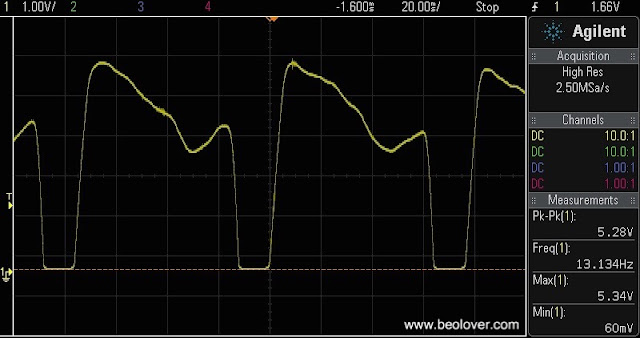 The signal is now about 6Vp-p. I have seen values between 5 and 7V in different 4002/4 units. This shows a representative trace at this point for a light bulb that is not properly adjusted, i.e. does not put enough light under the sensor lens: 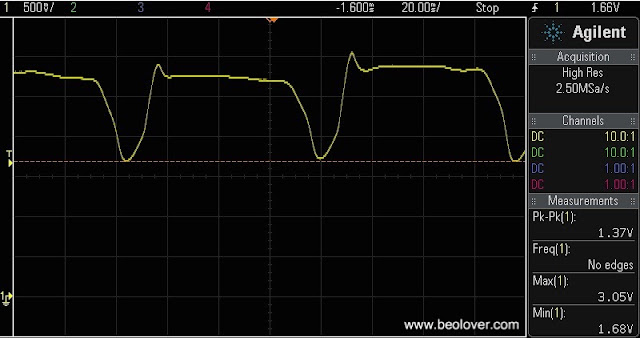 Note that the Vp-p is now less than 1.5V due to the reduced light intensity. This shows the resulting signal at the base of TR4 after it passes capacitor C16: 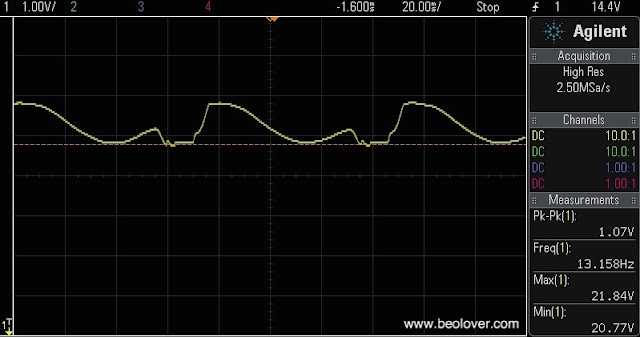 the signal is now 1Vp-p but at a 21V offset to pull TR4 down and turn it on. When it is turned on capacitor 18 charges up with a sawtooth in sync with the platter ribs as they pass by under the detector: 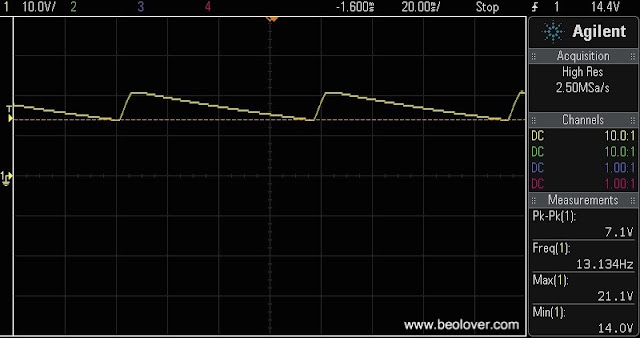 Finally, the charged capacitor pulls the base of TR6 up via R34 (1M) and with this the tone arm lowering circuit is deprived of voltage and the arm cannot be lowered anymore. What a lovely analog control system!