This is a follow-up to my initial post about the design of a MMC20 cartridge mount replacement. In the meantime, I acquired a Beogram 4000 with a broken off mount, so now this is 'personal'...;-). Ouch!: 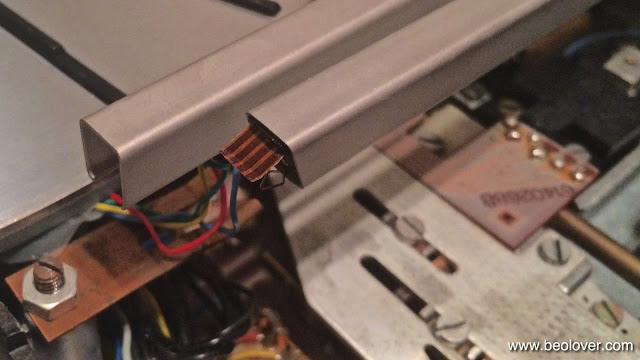 I just received the redesigned Version 2 prints from Shapeways. The main issue with the initial version was that the back part would not fit on the lower part of the original mount that will be reused, and that the contact tab would make intermittent contact. I realized that the issue was the 'bump' that I designed into the tab to press the contacts into the cartridge contacts. One I looked at the broken off tab of my Beogram 4000, I saw that a simple straight shape should work. So version two of my design aspires to closely resemble the 4000 version of it.

Here are a few impressions. Along with the changed shape, I also needed to redesign the tool bodies that are used for pressing the circuit board into the mount while the glue dries: 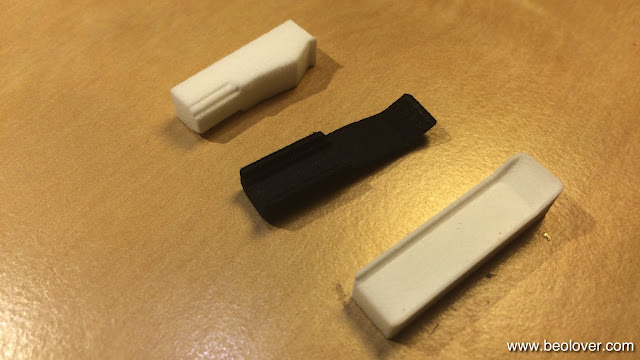 Hers is a picture of the curing process: 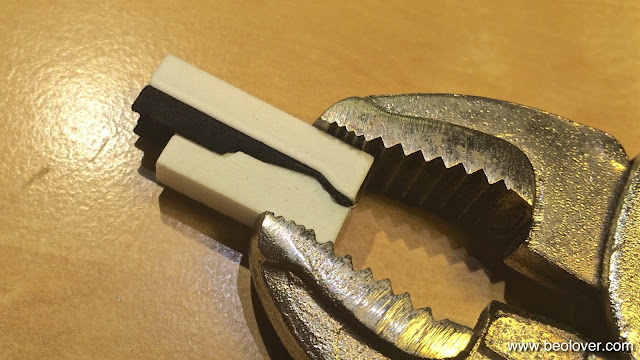 And here the result in comparison with the original mount (this one is from a later Beogram and was supplied by Sonavor (Beoworld)): 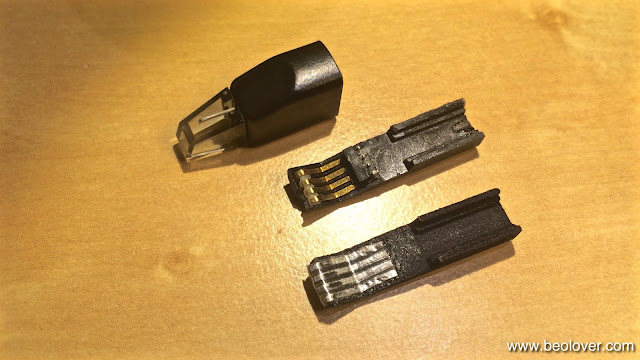 Then I tested it on a MMC20S cartridge. It made good Ohmic contact and I measured the usual 770 Ohms per coil: 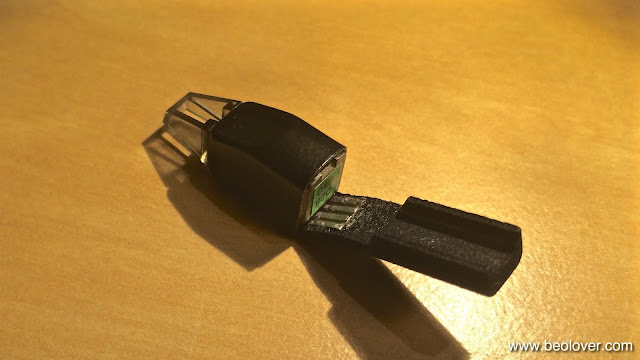 This iteration now fits very well on the lower (original) part of the assembly: 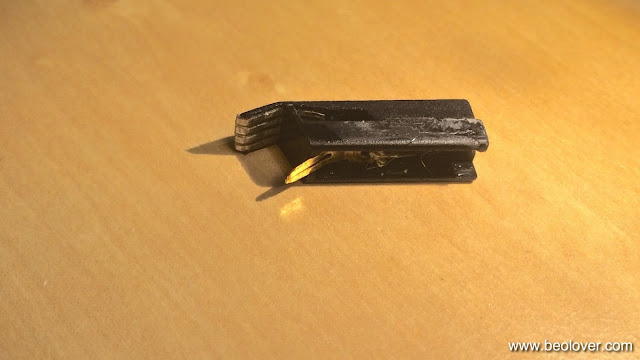 Consequently, the part also fits into the arm tube: 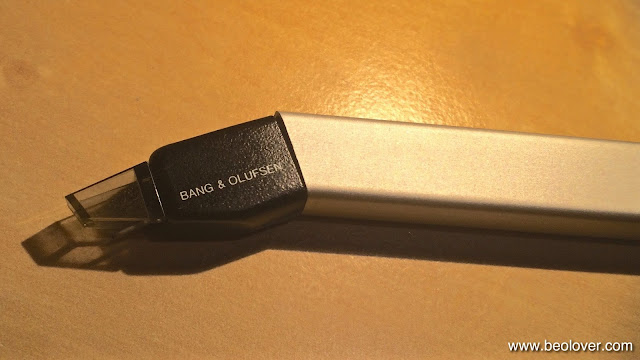 However, the mounting angle is a bit too steep. From the gap, using a protractor, I deduced that I need to reduce the angle by about 4 degrees. Oh well, back to Autodesk Inventor for Version 3.  While I will be waiting for the Version 3 prints I also need to figure out how to plate the PCB traces with gold to ensure long term stability. We do not want to have oxide layers getting in-between our precious vinyls and our ears...;-)
Designing a new part: Quite a laborious process - A resuscitated Beogram 4000: Priceless! This is Beolove!