A Beogram 4002 (5513) arrived yesterday in need of some TLC. Today I had a first look. Overall, this deck gave me a pretty good impression. It is fairly clean and has only little cosmetic damage. My customer did a good job with regard to packaging. It was double boxed and the sub platter was held in place with a piece of HD foam - very nice! Unfortunately, the tone arm transport support clamp came off (red piece in back). But the arms were also supported by foam, so it seems nothing got damaged and we were lucky to that end. 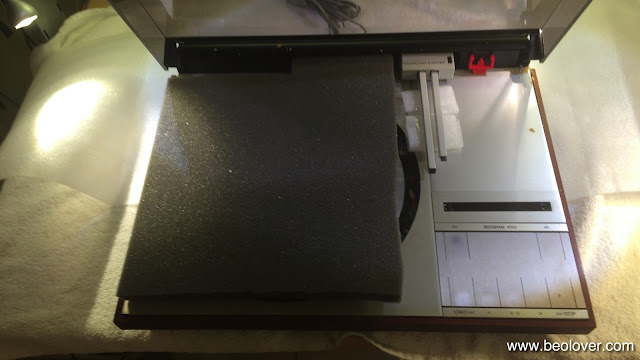 The orange fragments on the panel below indicate that the rigors of transport led to a disintegration of the transport lock bushings. This is common in the 5513 models. The older 4002 and 4000 models seem to have bushings made from a different (gray) material, which were able to withstand the aging process better. I recently developed a 3D printed replacement part that can easily be installed. It is available at the Beolover Shapeways Store. This deck will definitely see them in place before I ship it back. 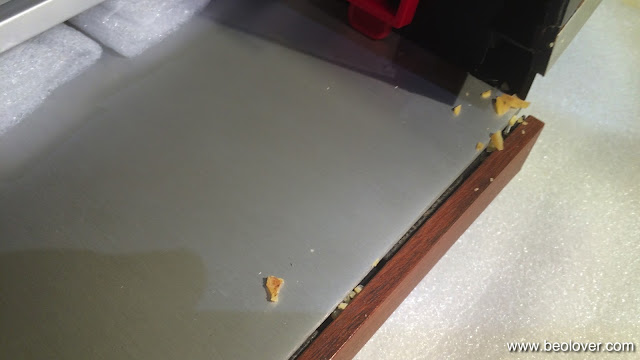 Then I took out the aluminum panels and it seems all original under the hood: 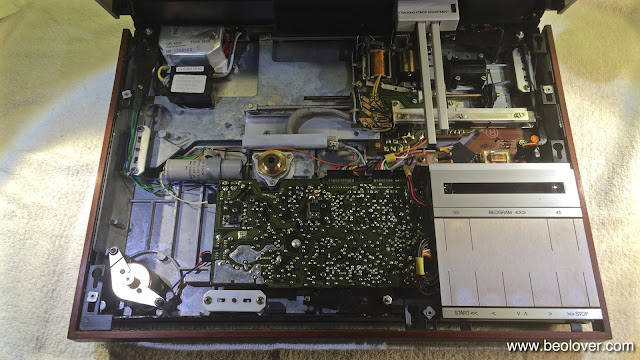 I will do a recap and replace all bulbs with LEDs (except the sensor arm bulb - still do not like my LED replacement that I developed a while ago - it is too bright - something to look into in the future).

Also the keypad has the usual smudges on the more often used keys. This will be fixed by a restored replacement unit. The other major cosmetic issue of this unit is the scratched hood. The good news here is that the hinge, the plexiglass, and the aluminum trim are in good condition, i.e. polishing is all that needs to be done to get this back to a new-like look. Then there is some minor damage at the right front corner of the rosewood plinth. I expect that this can be made almost invisible by a bit of touchup. 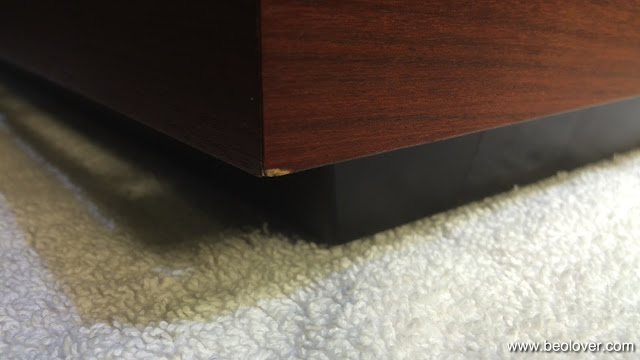 So all in all, a pretty good starting point for a full restoration that will bring this deck back to its original glory.