Today was output capacitor day in my Beomaster 4400 restoration process. I always enjoy replacing the 'big cans'. It certainly has something satisfying to it. Also, it turned out that this Beomaster definitely needed new ones. It is a fairly painless operation in these units, since the capacitors are only held in place with one clamp, and the grounding wires are well organized on the center bridge of the capacitor assembly. The clamp is even adjustable, i.e. new smaller diameter capacitors can be fitted without the need for adapters. Here is a picture of the original setup: 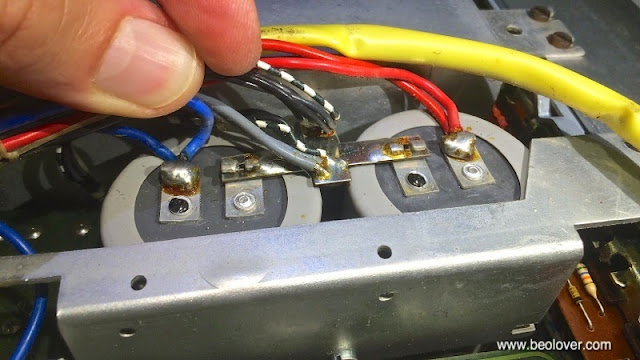 Here is a shot of the empty bay after removal of the old caps: 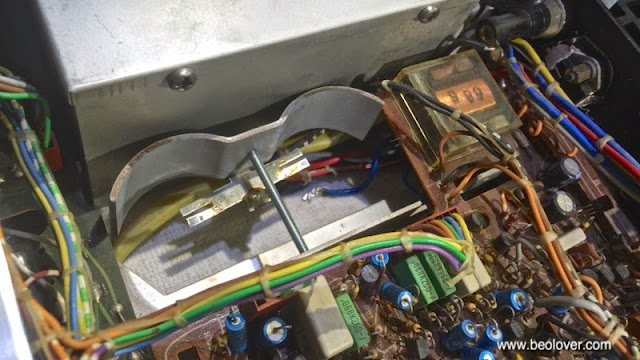 This shows the new ones loosely fitted: 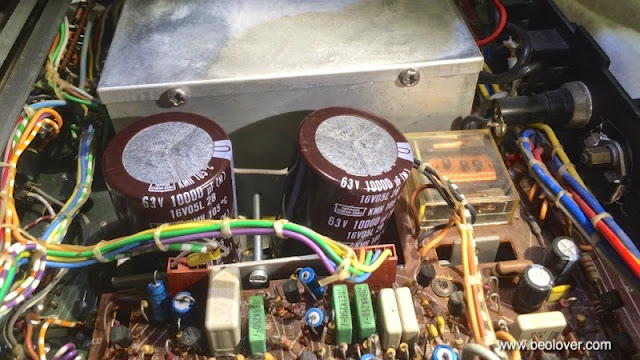 After fixing them in place with the clamp it was time to solder them in. I usually use 'helping hands' to hold the wires in place. It is important to insulate the wires from the alligator clamp with some cardboard to avoid them melting through the insulation while the leads get hot during soldering: 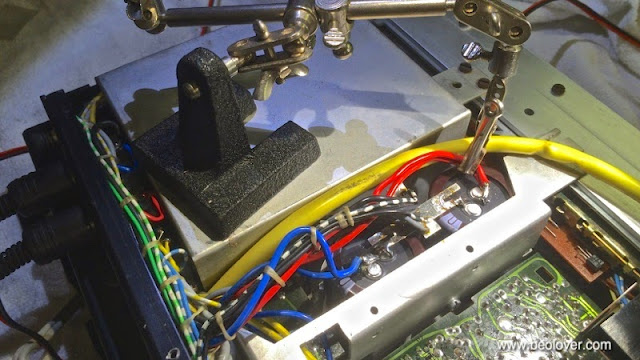 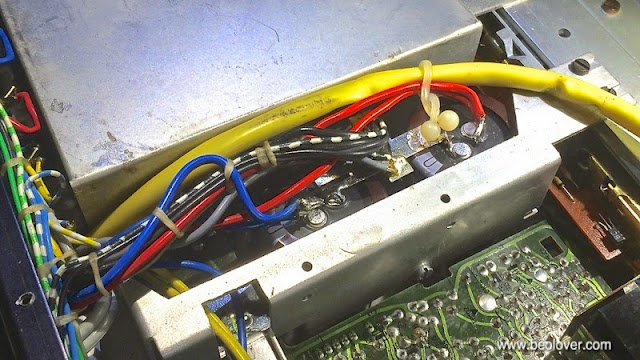 As usual I measured the old caps, and this ones, while looking o.k. definitely showed signs of their endgame. Their capacitance was out of spec (should be 10,000uF). The 4400 still worked with them, but would have probably shown signs of distortion if played loudly: 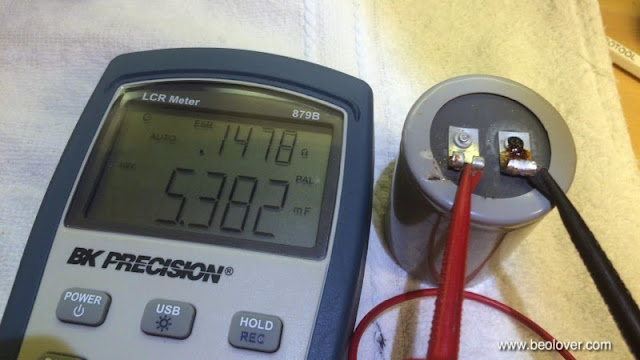 On to replacing the remaining electrolytic capacitors in this vintage beauty!