I made some progress with trouble shooting the Beomaster 4400 (2419) that I am currently restoring. When turned on, the ON light did not come on, and also no sound from the tuner, but the Tape input worked...Both phenomena suggested that there is a problem with the 15V rail, since the ON bulb is powered via the 15V supply, while the tuner is the main part of the Beomaster that uses 15V. So I started following the 15V traces and wires. They are red throughout, that makes it a bit easier. I started out at C3 and the 15V were present. This meant the voltage regulator was working. I measured the resistance of the ON bulb (6 Ohm), which indicated the bulb is o.k. I finally found the spot where the 15V went lost: A crack in the main PCB (#5) under the Decoder board (#3) at one of the plastic clamps that hold it in place: 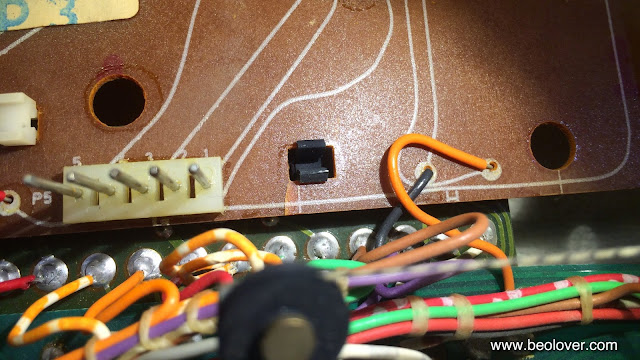 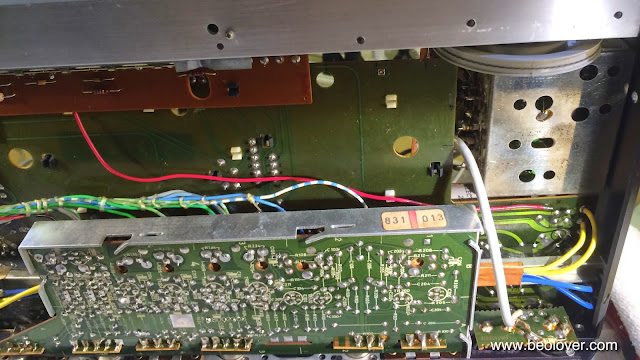 This is where it comes out on the other side. I soldered it directly to the red jumper that goes from the main PCB to the PCB that connects the switches (#6): 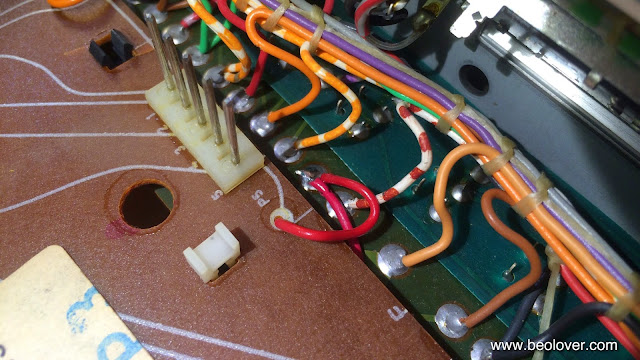 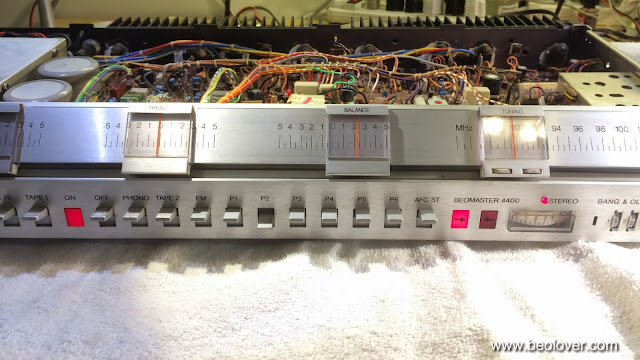 Now the ON lamp is on and also one of the tuning light came on. However, there are more issues: The tuner only works with the presets and not with the main dial, and the volume is very low. This indicates that there is some issue on one of the tuner boards. Tomorrow is another day...;-)