Beocord 9000: Repair of a Broken Out DIN-7 Jack With 3D Printed Inserts

It turned out that fixing the broken out DIN 7 jack of the Beocord 9000 that I just started to work on was easy. The part is exactly the same as they used for the Phono input of the Beomaster 8000. Last year I developed a 3D printed part that can resurrect these sockets when their flimsy tabs break off that normally prevent them from falling into their panel cutout. When the tabs break off due to the force applied while inserting a cable plug the jack gets pushed into the enclosure. Here is a picture of the broken jack: 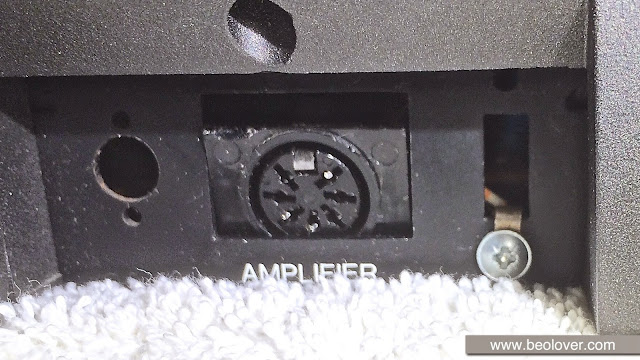 These are the 3D printed tabs that replace the broken off parts: 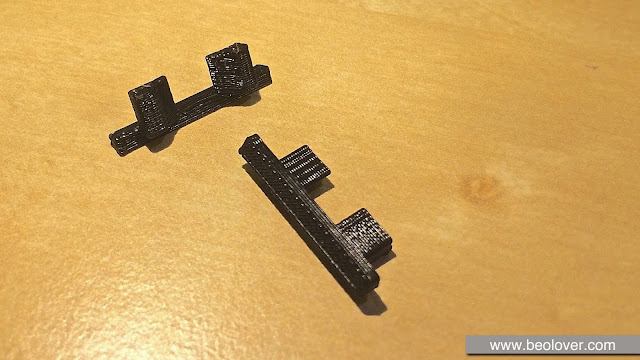 I made a short video that shows how to install them and gives a demonstration of the repaired plug:

This shows the end result: 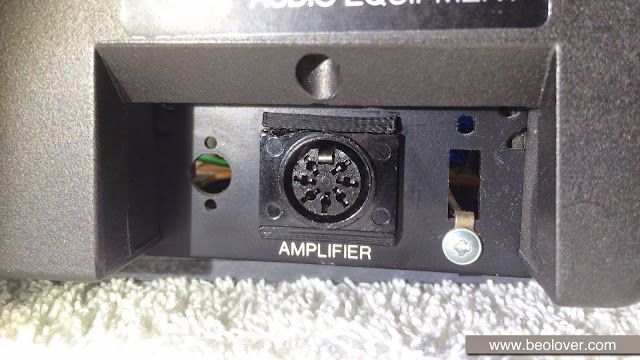 After the DIN jack was fixed and the tape drive was installed back into its spot, I finally gave this Beocord its first spin. I made a recording using the Beomaster 4400 that I restored recently, and I played back a nice mix tape of Donald Byrd tunes from the early 70s that I had recorded a while ago on my own 9000. Lovely!

However: One segment of the display does not work, 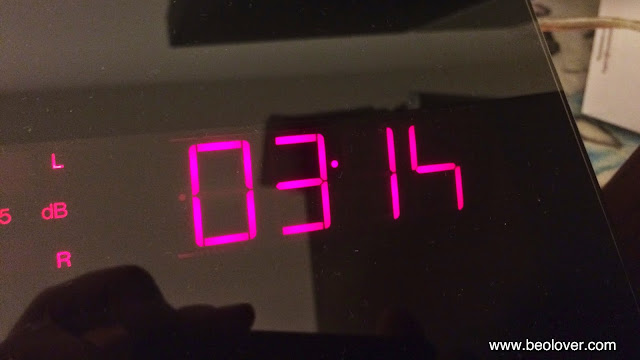 and I also found a 'mystery piece' in the Beocord enclosure when I initially took out the drive: 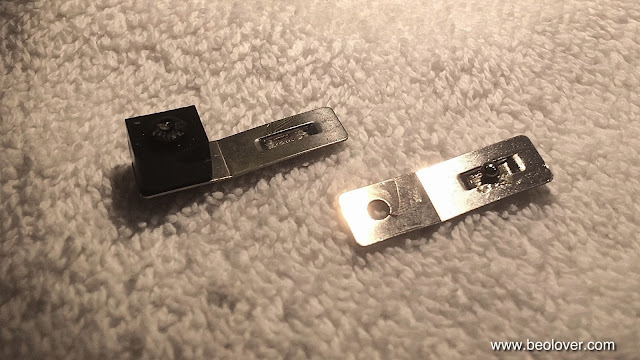 The left part is the one that I found lying at the bottom of the enclosure. The right part is its counter part from the right side of the head carrier assembly. The broken part holds down the left side of the carrier, i.e. it is mandatory that it gets fixed. Otherwise, the heads might be in a non-spec position. I found out about this part in an excellent thread on Beoworld that was started by 'Sonavor' when he rebuilt one of his eight Beocords (kudos to owning that many! It appears, and this should please my wife, I still have a long way to go until my addiction reaches this level!!...;-).

Unfortunately, I was not able to find the 2.5mm bearing ball that goes along with the spring. The ball is needed to let the head carrier slide beneath the spring without generating too much friction. Luckily, I had the second ball for taking measurements and I was able to find small batches of these balls on Amazon Prime, so this may get fixed in a couple of days.