I recently received a Beomaster 4400 for a checkup and restoration. I took it out of the box and had a first look: 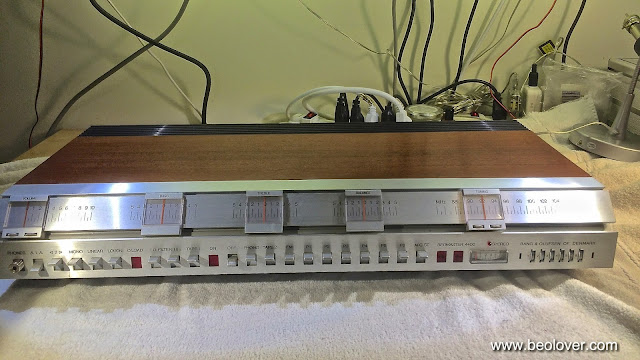 It looks very nice...very little damage to the cabinet and the sliders are fairly pristine. The only thing that was less than beolovely was the headphone adapter jammed through the opening in the front panel doing a bit of minor damage at the opening. And, of course, the presets cover is missing. Luckily, Dillen of Beoworld.org sells authentic replacements, one of which will grace this unit when I am done with it.

The next step was to open it up and have a look before firing it up. I always do this to make sure not to fry the output stages. The 4400 has a similar output topology as the Beomaster 8000 and therefore the quiescent current trimmers are the most crucial parts that need to be checked before turning it on. If they go open contact during transport/due to corrosion, it is the end of the output transistors.
Thankfully the Beomaster 4400 comes with instructions printed on the bottom plate of the enclosure how to open it up: 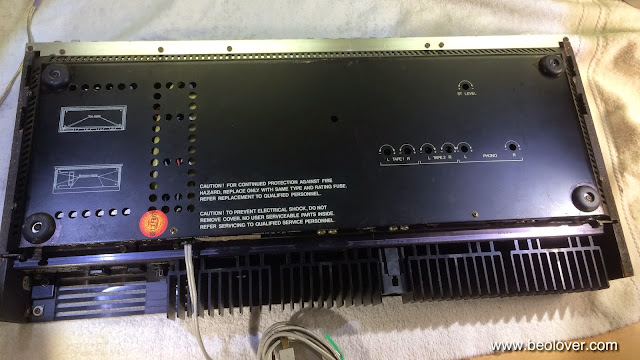 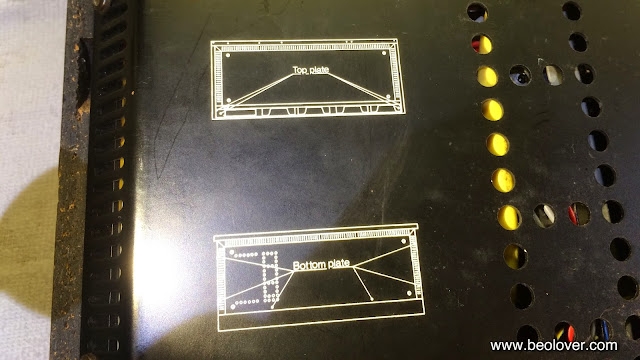 I removed the bottom plate and then took the cabinet off: 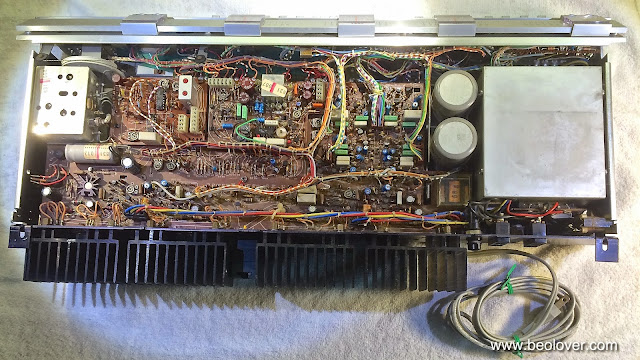 Looks pretty clean. A bit dusty but nothing out of the ordinary. I found a few recently replaced capacitors in the output stages: 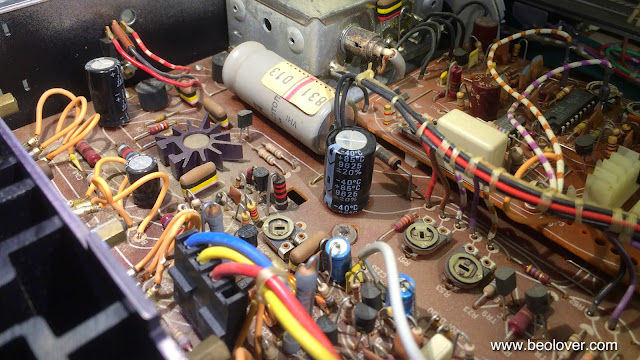 Unfortunately, they not only used inferior 85C capacitor types, but more importantly they did not replace the crucial output trimmers (one is visible here right next to the blue cable). Since they are difficult to get at due to a PCB that is mounted below the solder points of the main PCB, I measured the set resistance of the trimmers and then turned them a few times to make sure they would not go open circuit when I turned the Beomaster on the first time.

After putting them back to the set values (that seemed reasonable based on my experience) I plugged the unit in and turned the radio on. Nothing visible happened. No ON lamp no nothing. Then I plugged in speakers and tried again. There I got a healthy sounding 'bump' when I turned it on again. So something seemed to have powered up. Then I connected my waveform generator to the Tape 1 input, and pumped a 1Vpp/1kHz signal in. And voila, the speakers emitted a pristine signal.
So it appears the tuner has an issue.