Today I received the 3D printed adapter for the new reservoir and motor capacitors of the Beogram 4000 that I am currently rebuilding. Modern capacitors are considerably smaller than the original  1970s types, so a 3D printed adapter makes for a clean implementation with no wiggly or loose parts.

Here are a couple impressions of the assembly with the new caps: 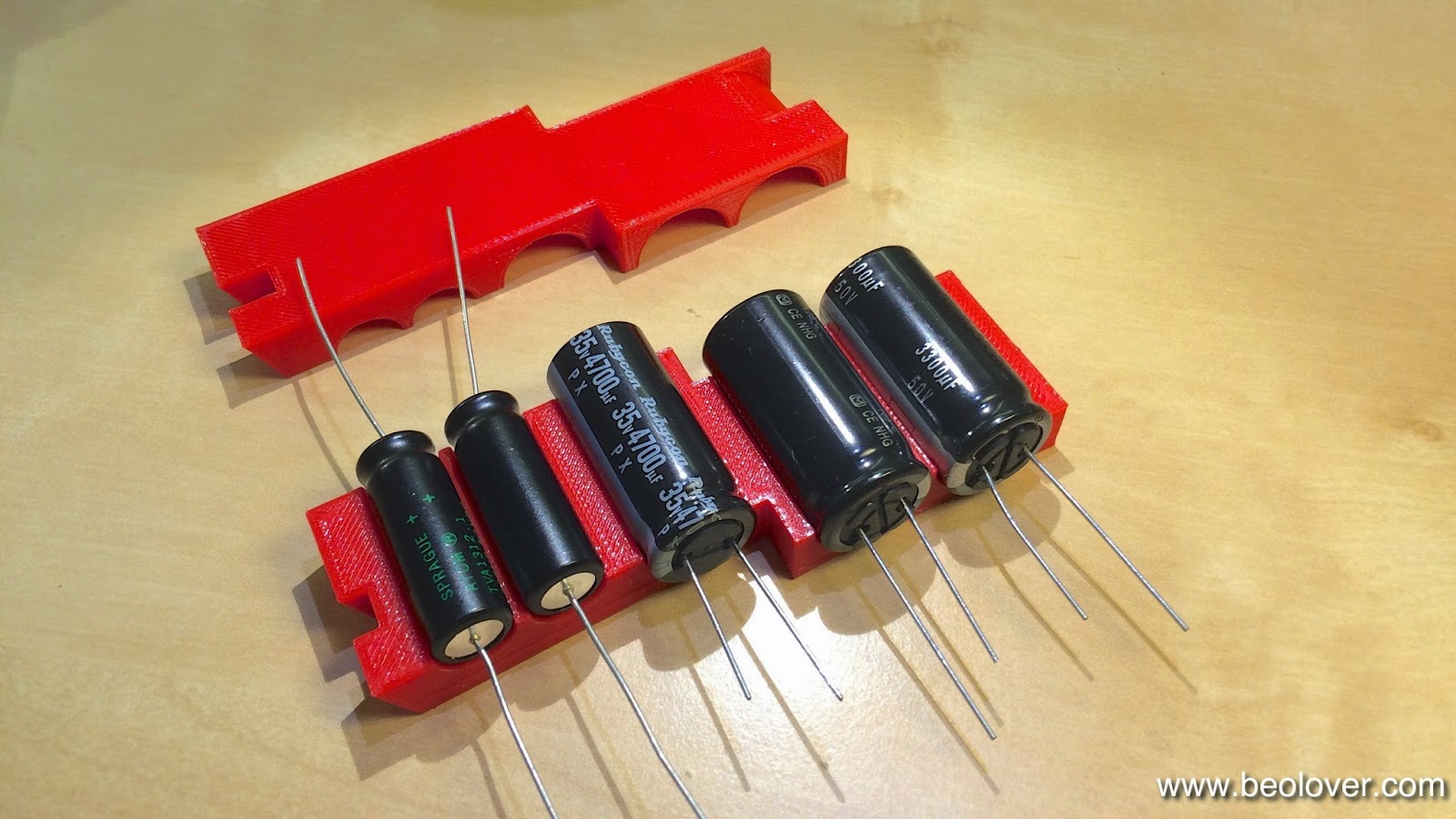 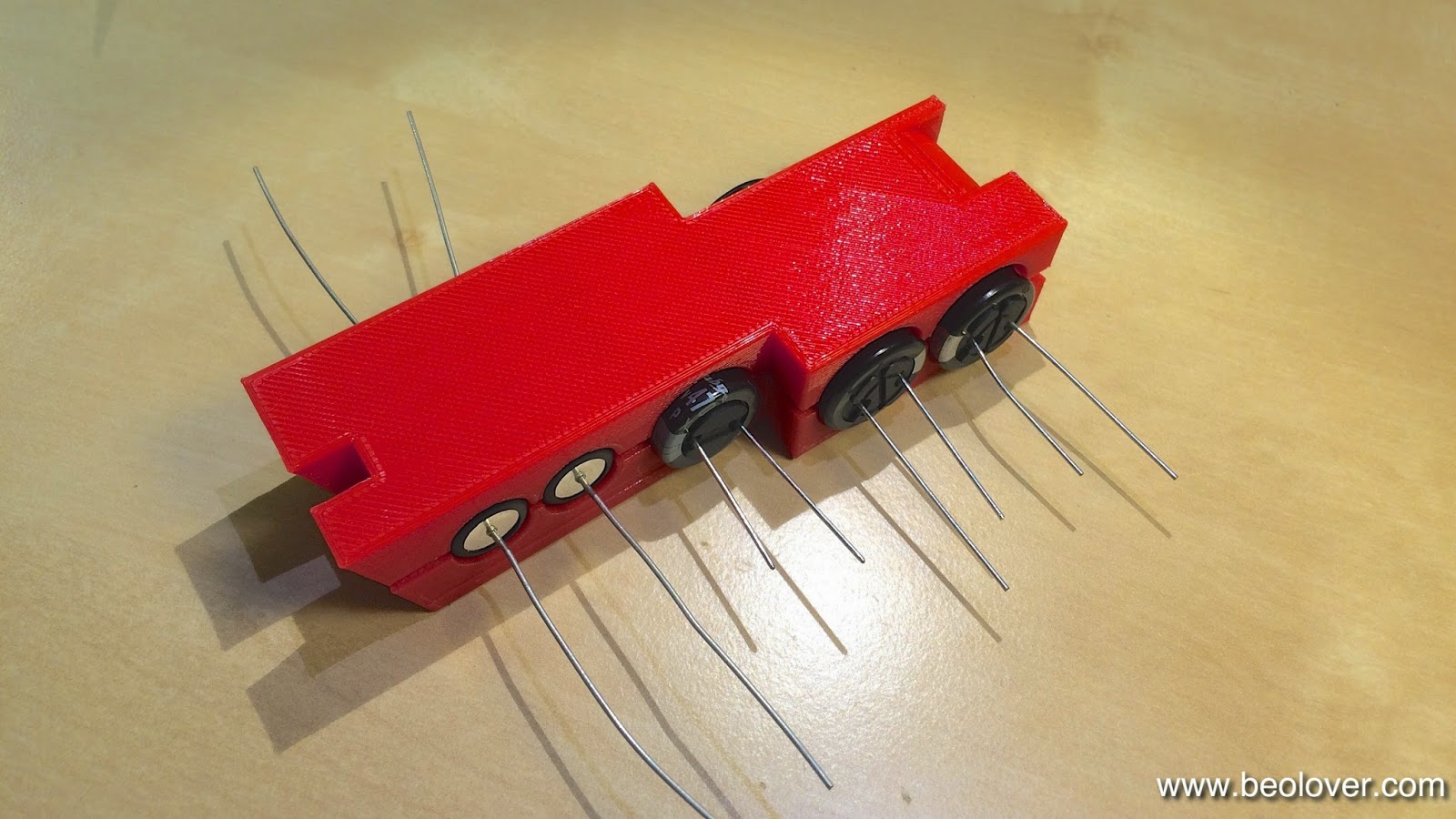 I replaced the original 150uF unipolar motor capacitor with two axial 300uF types back to back. The other capacitors are Rubycon, Panasonic and Multicomp 105C types for a long lasting setup.

********Update: See here for a detailed view of how to prepare the replacement capacitor assembly before soldering the wires to it***********

This is the first time that I work on a 4000, hence, before I took the original setup apart, I made a detailed schematic of the wiring for the record in case there is confusion at some point during the operation. Mixing up some of the wires could potentially cause considerable havoc: 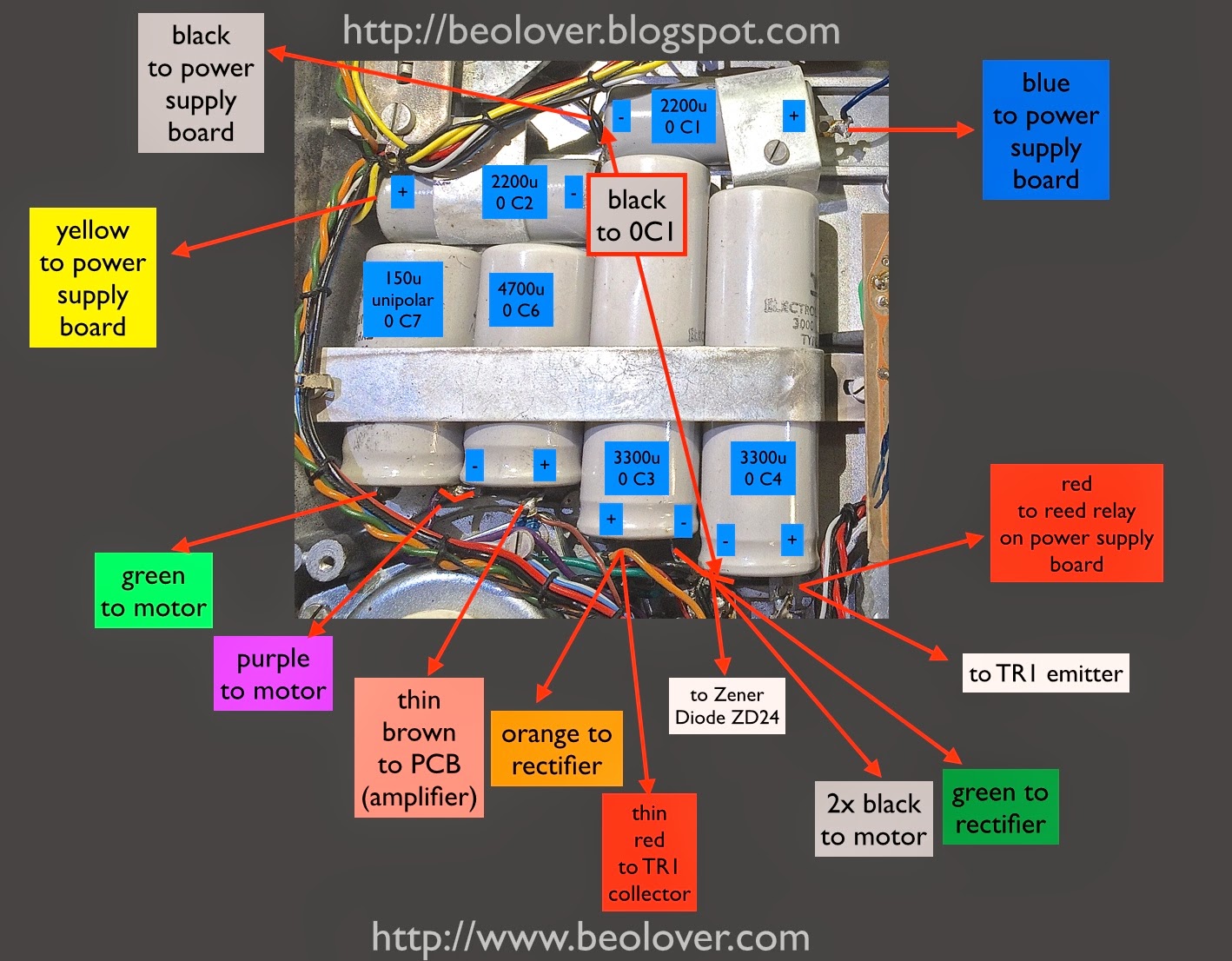 Then I unsoldered everything and put in the new capacitor assemblies: 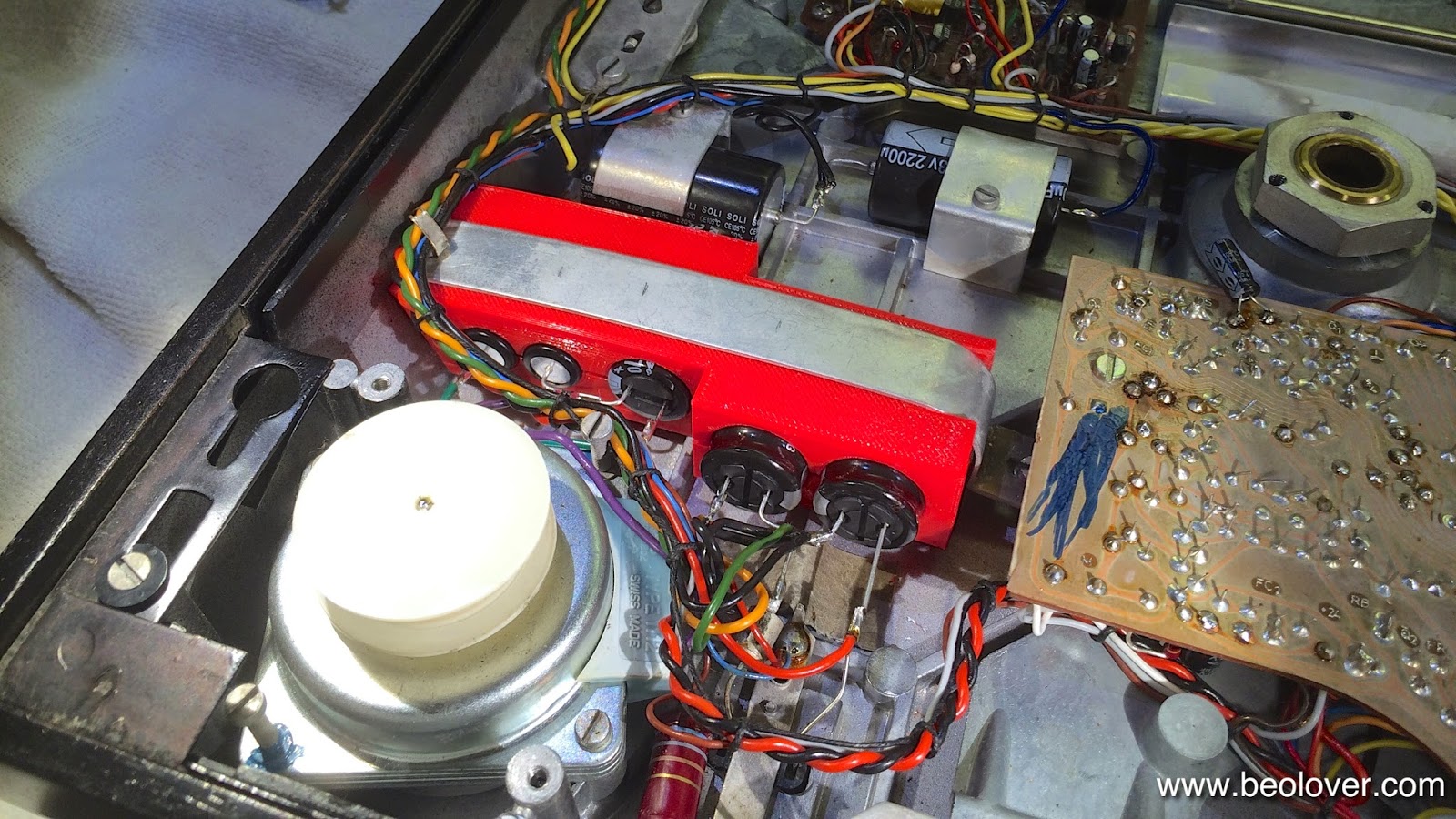 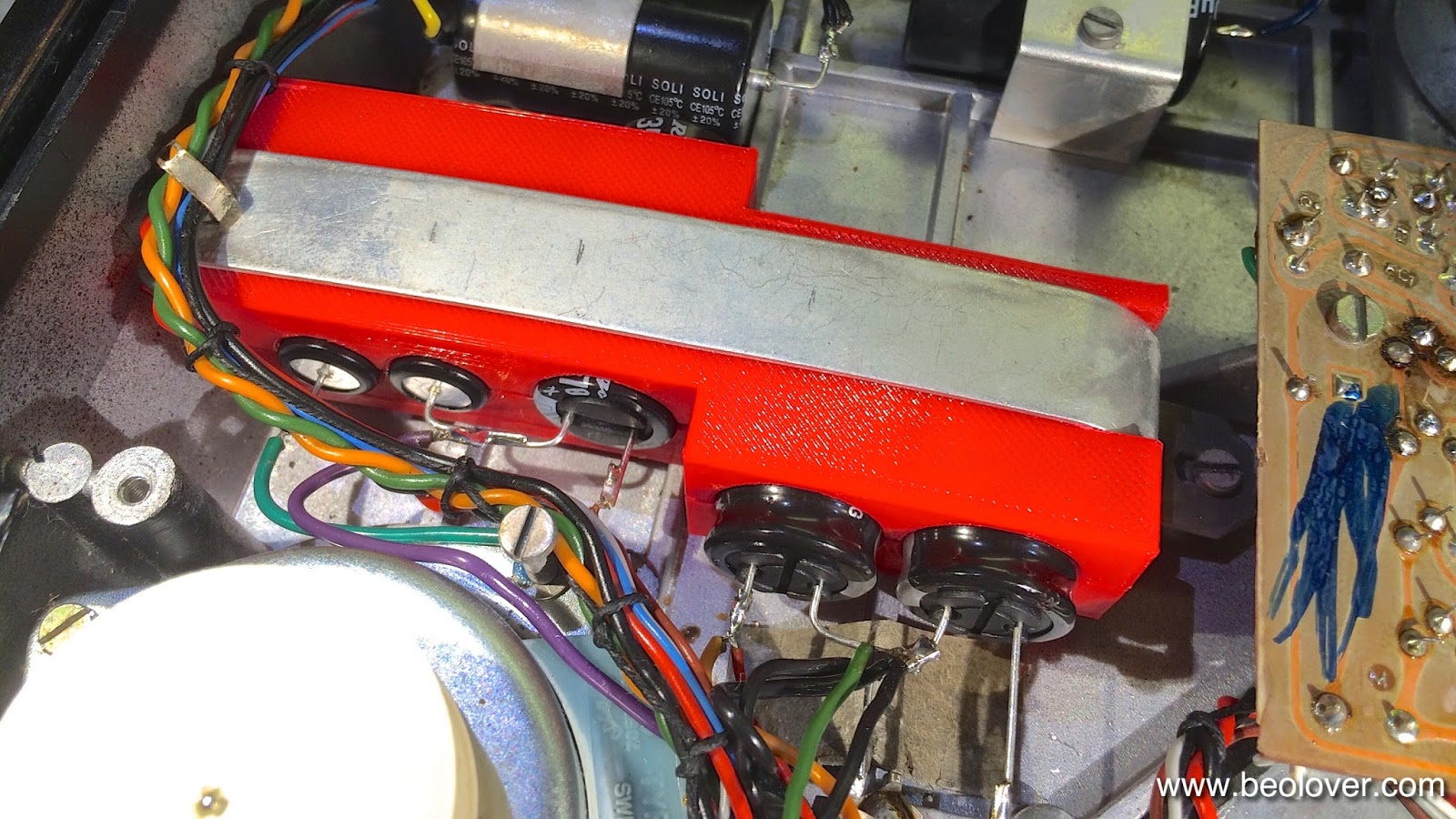 Here is a detail shot of the classic Zener diode-based 24V emitter follower regulator setup. The regulating transistor is directly bolted (via an insulation pad) to the cabinet metal bottom for heat dissipation. The metal bar across the setup also serves as collector terminal. The Zener diode is the short can that is soldered between the current limiting resistor/transistor base node and the negative ends of the 3300uF reservoir caps that serve as system ground: 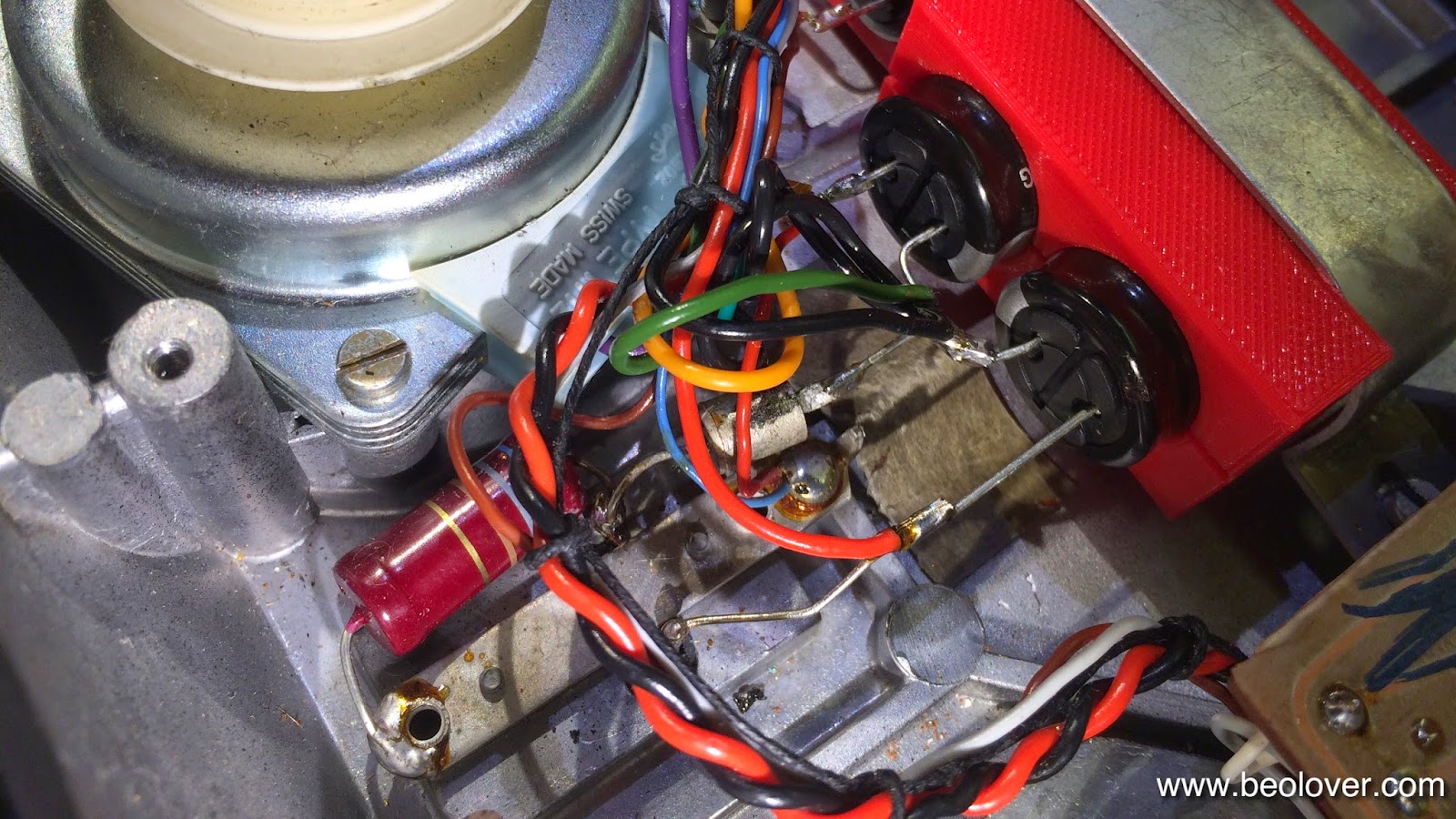 After a thorough double check of all connections, I plugged the Beogram in, and started it up. Everything seems happy! This is Beolove!