Today, I exchanged all the electrolytic capacitors on the PCBs of the Beogram 4000 that I am restoring right now. I definitely recommend doing this at this age, since the tantalum capacitors can fail in fiery way when they short circuit. I only use longer lasting 105C types from major Japanese manufacturers. I started out by exchanging the two red tantalum caps on the power supply board. I realized that one of the two screws that holds the board in place is missing, and that the other screw was only barely tight. This could have easily produced an interesting short circuit. I guess I was lucky: 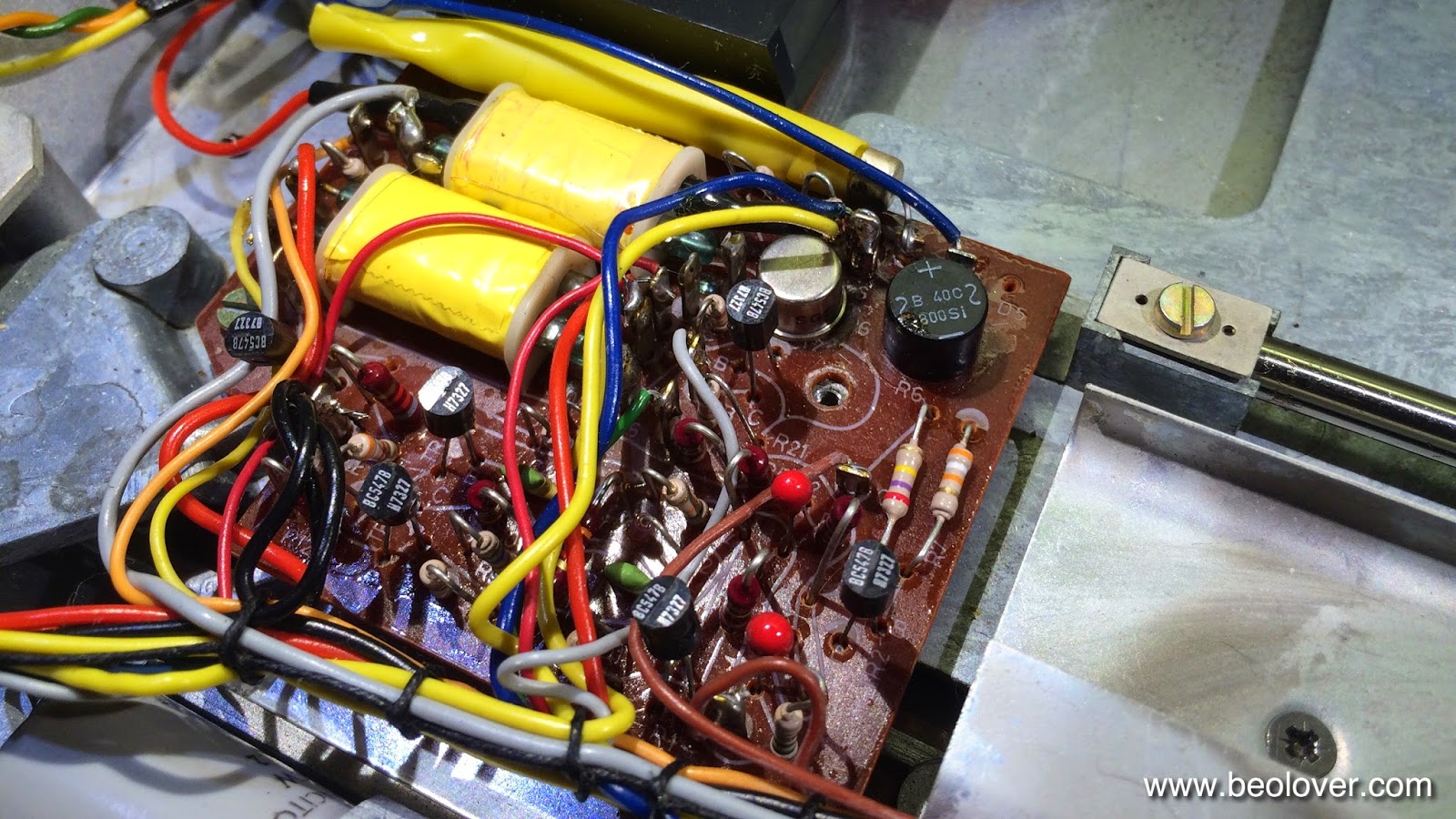 This picture shows the board after replacing the caps, and adding a stainless M3 screw: 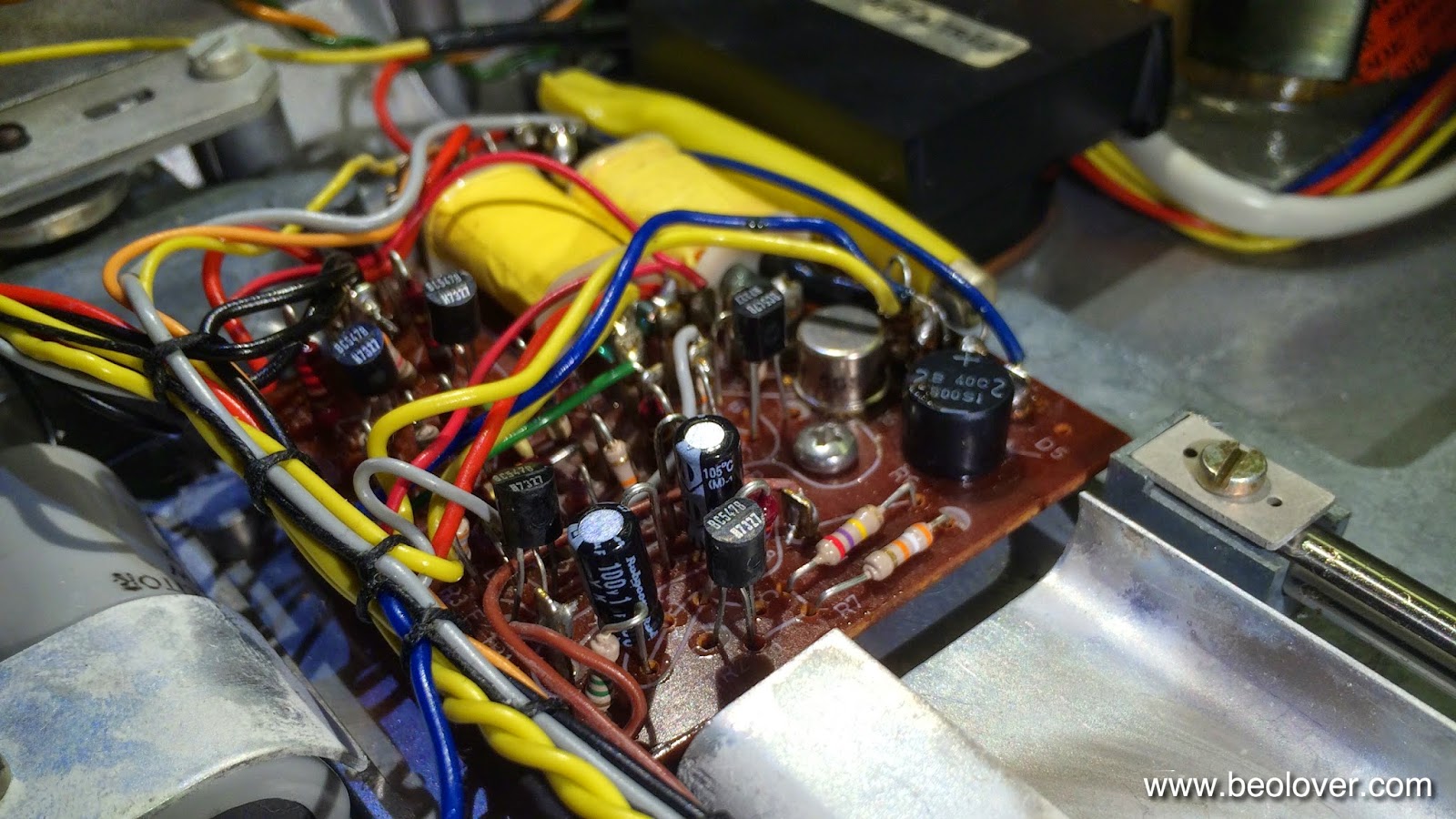 On to the main board. There is one added capacitor on the conductor side between the emitter and the base of 1TR22: 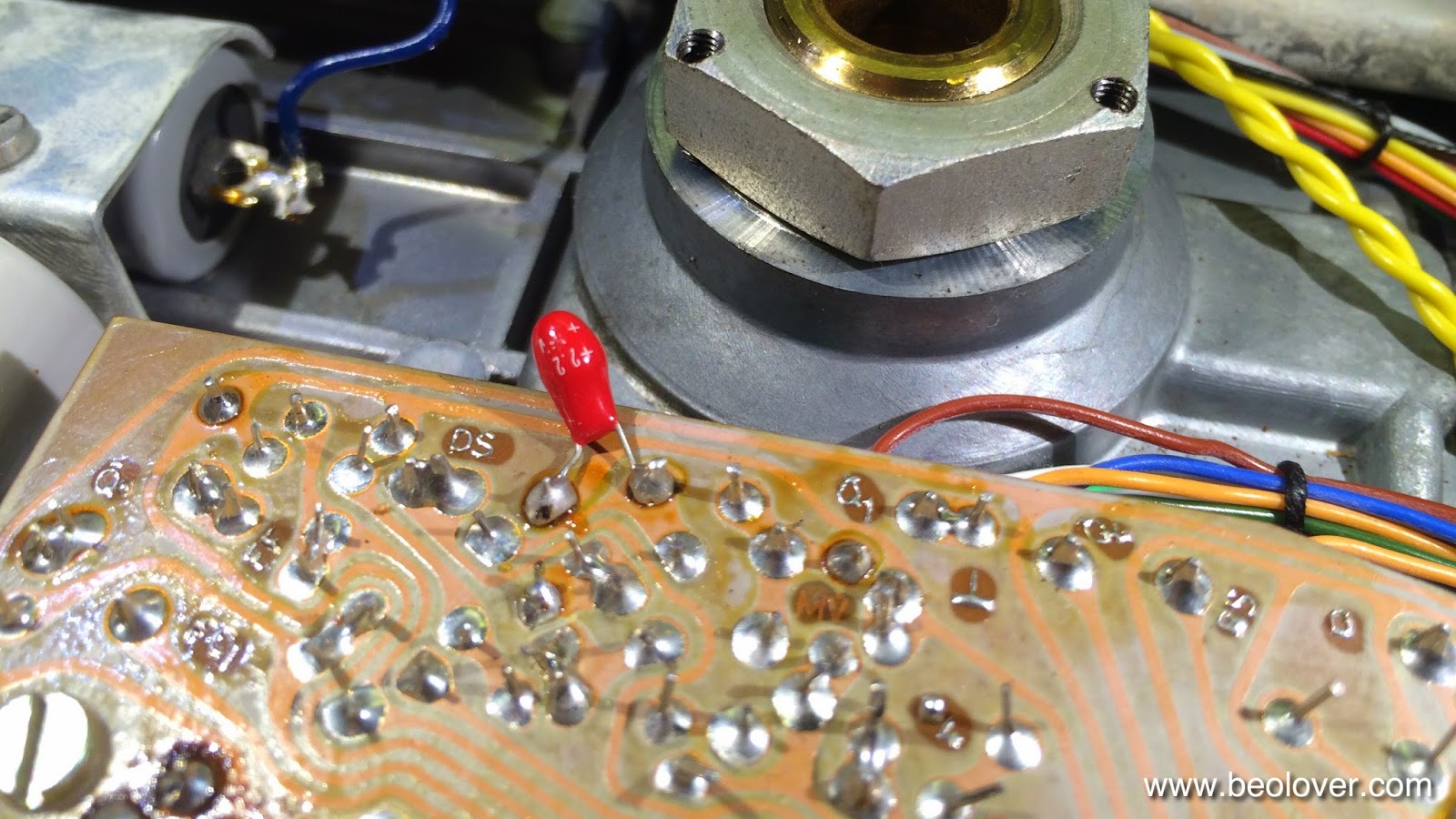 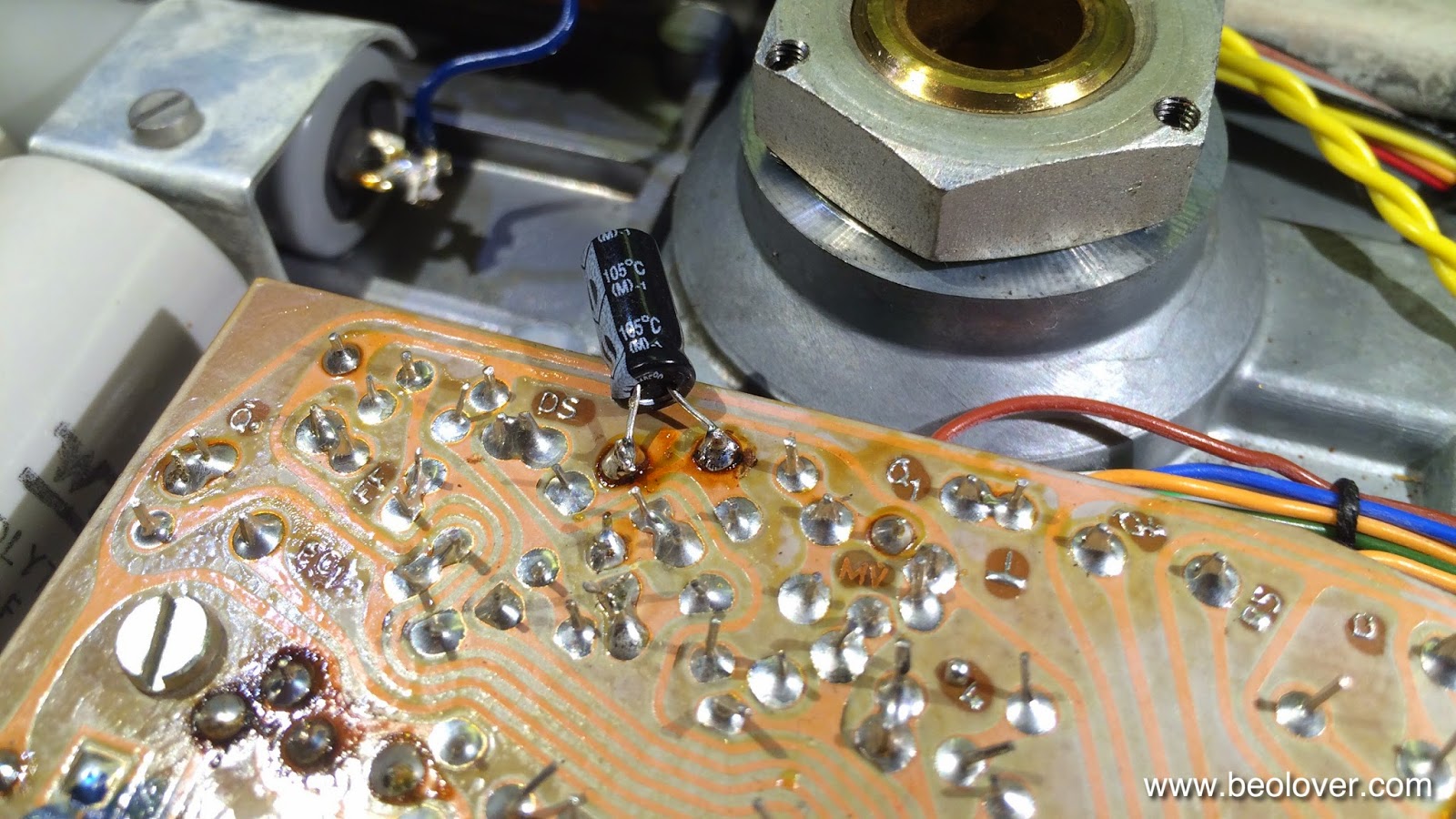 The main board also lacked a screw, but since there are four in total, it still was held in place securely. I removed the screws and turned it around. Here is a picture of the original condition. No visible damages to the orange electrolytics (this type often fails at this age, and often one can find them with cracks or leaking): 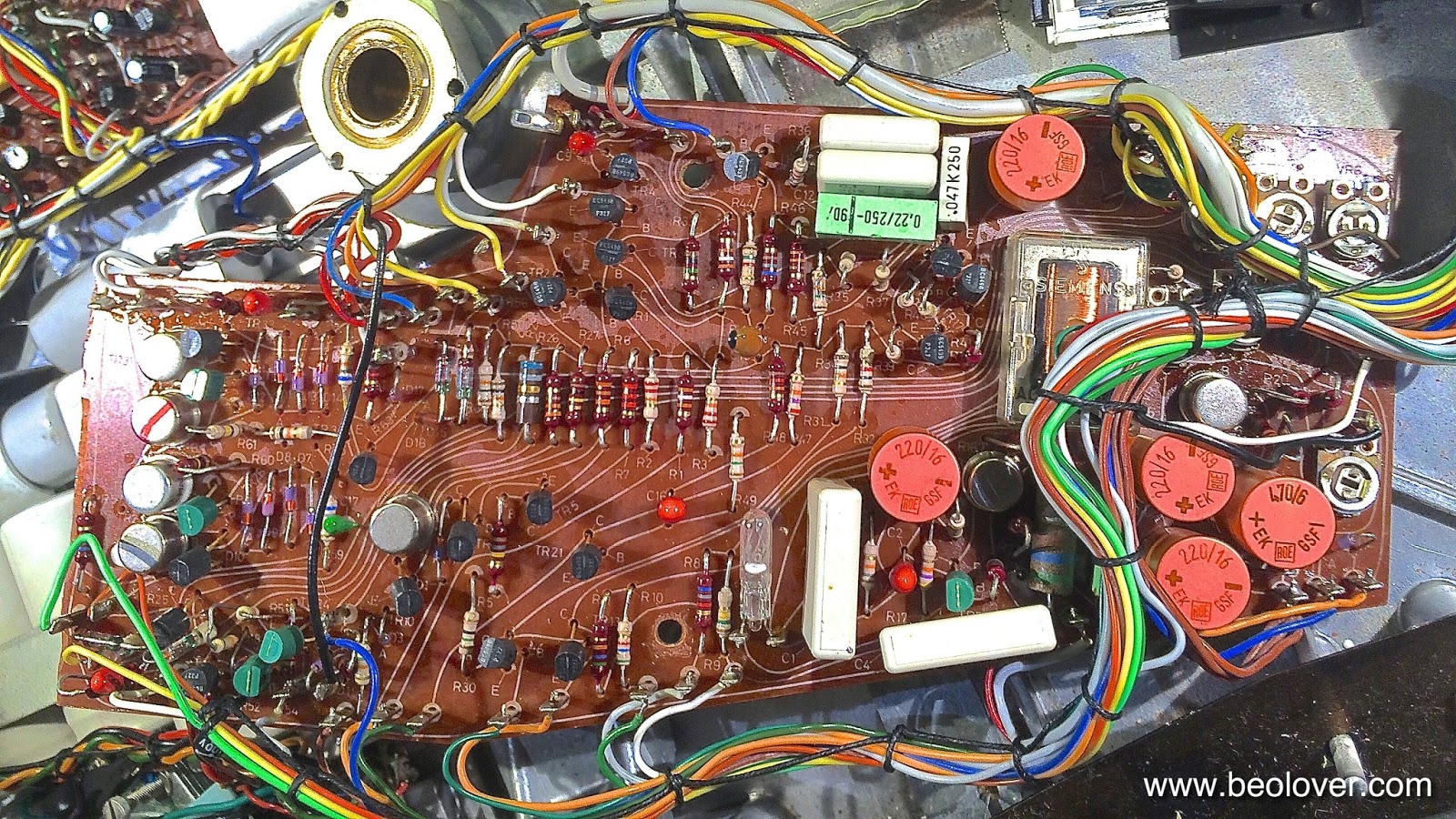 This picture shows the board after replacing them: 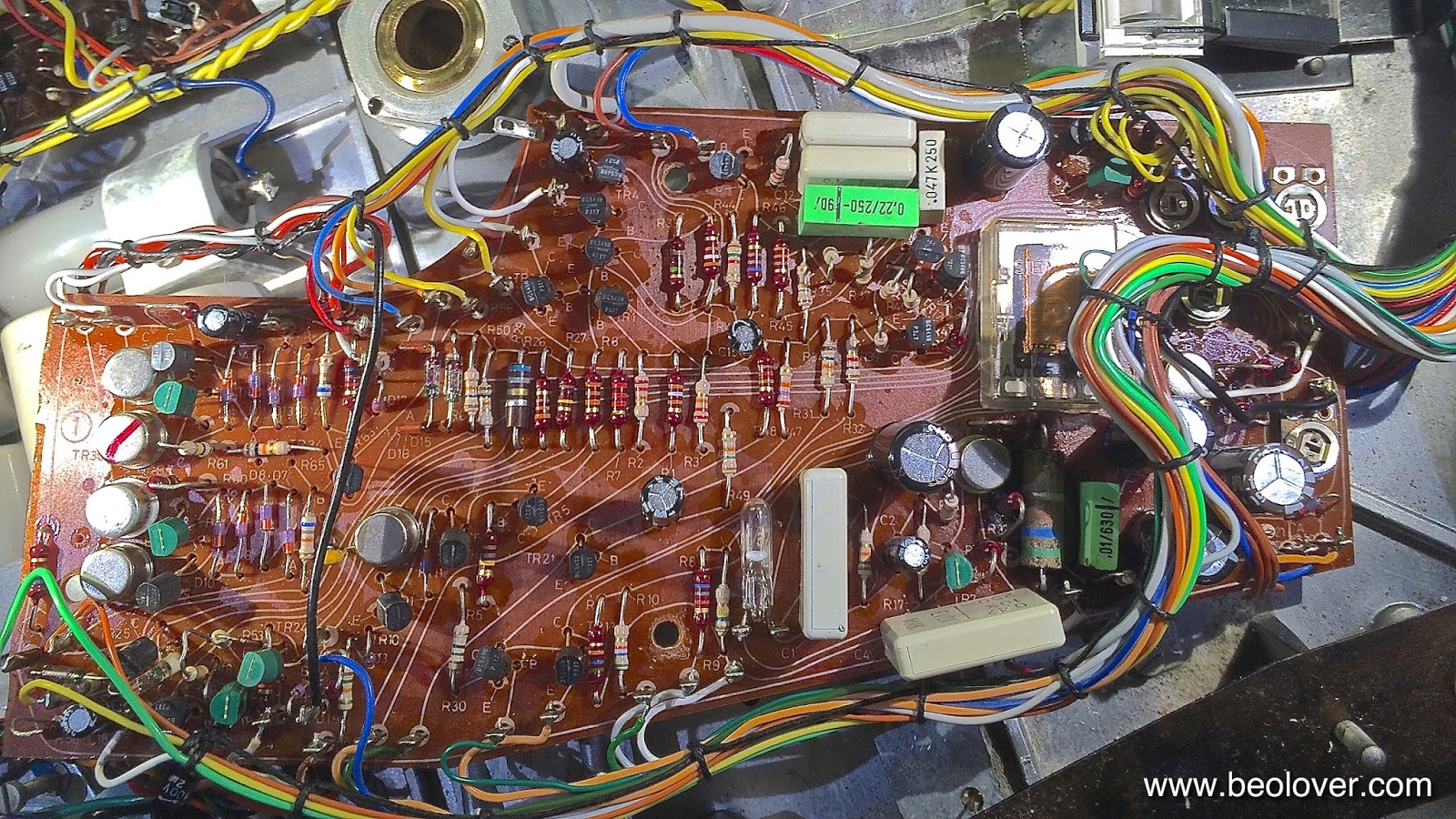 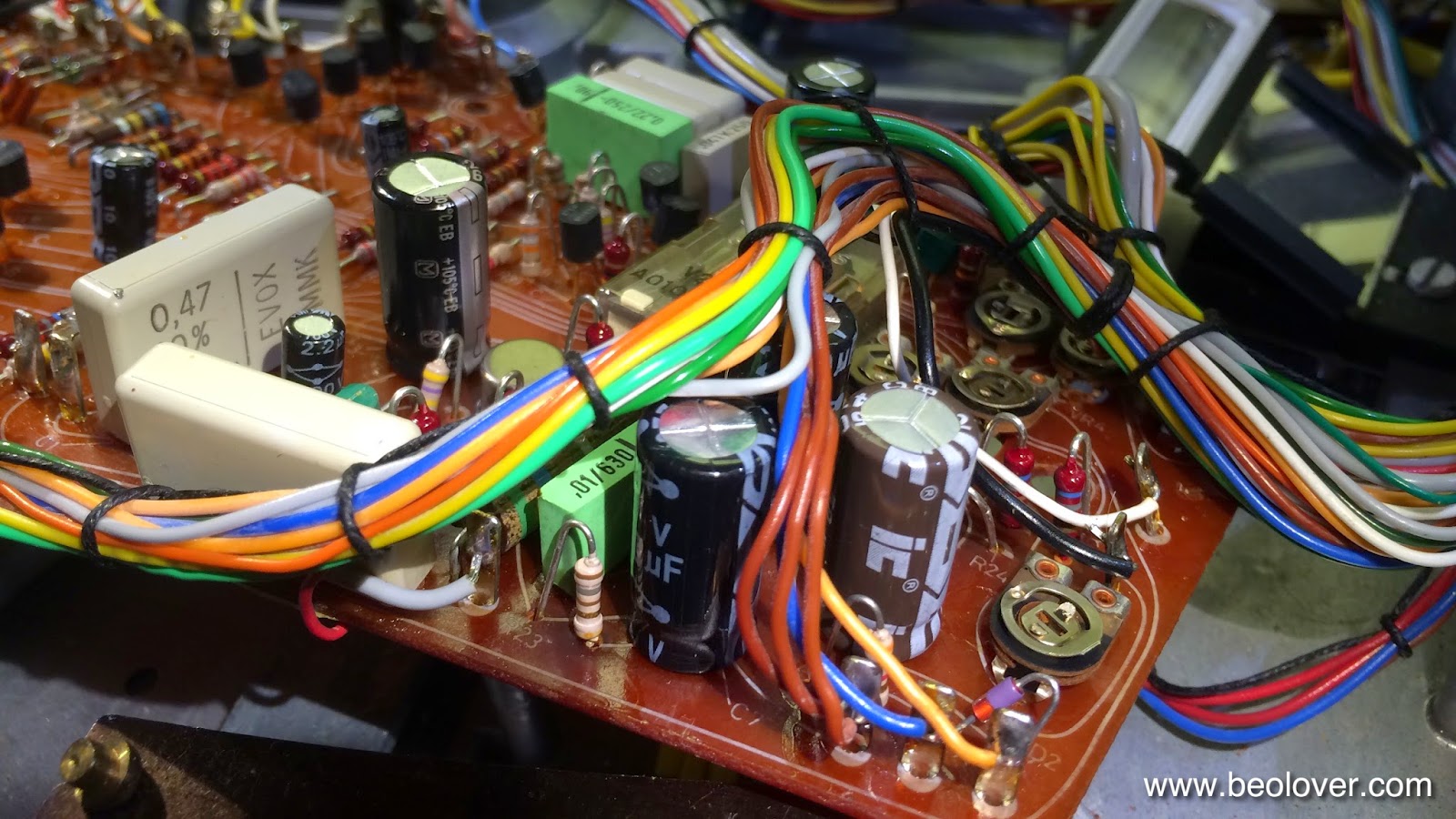