Today, had a look into the soft FM 'store' button. I took out the control panel and removed the PCB. This is what I found: 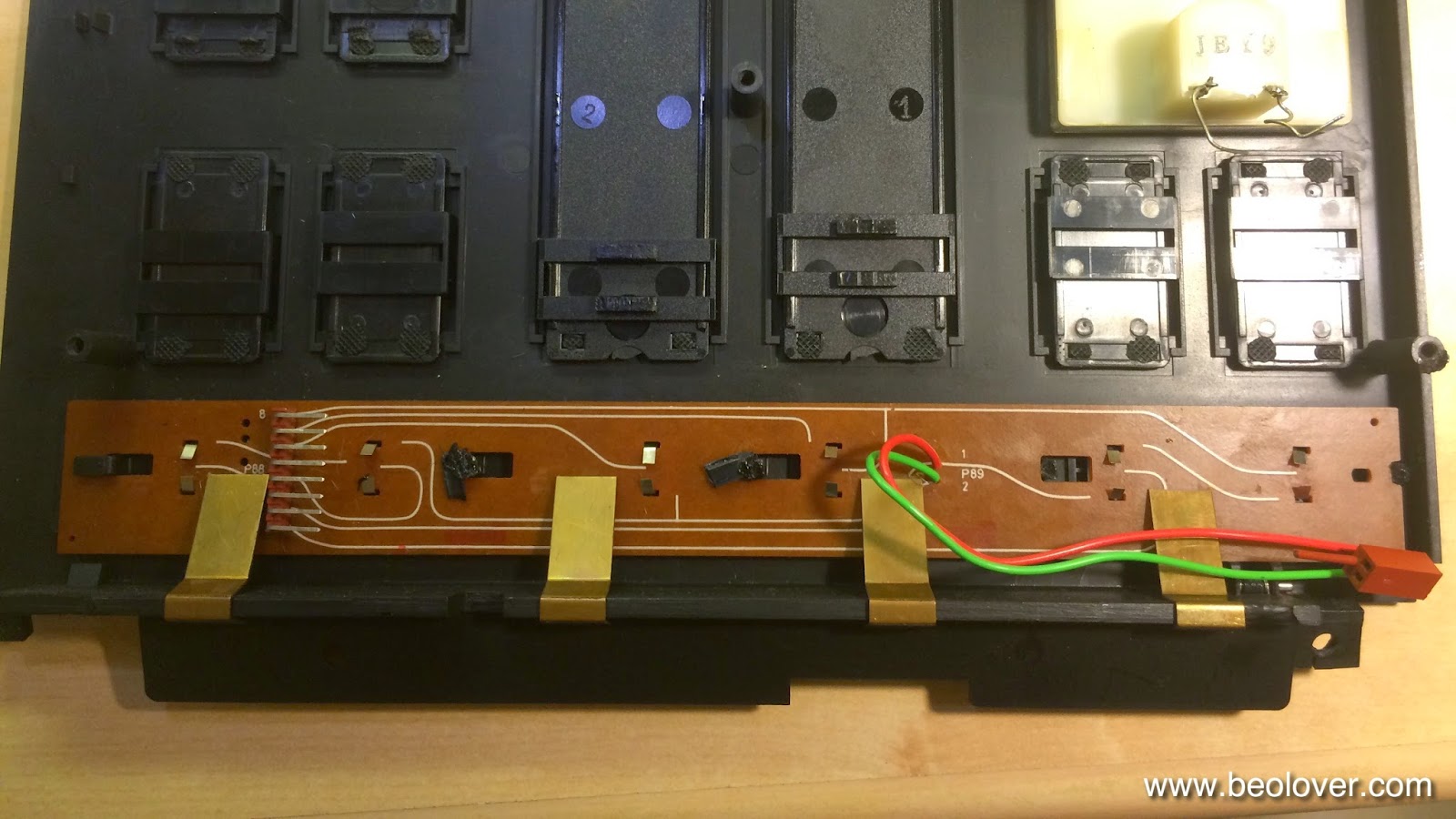 Some of the tabs that hold the PCB for the buttons were broken off. The previous owner had removed this PCB at some point and did not understand that it can be slid to the left after lifting the end of the PCB above the blocking plastic protrusion. So he broke the tabs off and re-attached them with the solder iron that he used as a welding tool when he put the board back in...very crafty! Unfortunately, this method does not yield very good bonds, which resulted in structural failure during the shipping accident. The tab that stabilized the PCB beneath the FM store button was missing, resulting in sagging of the PCB when the button is pressed. That resulted in a soft feel when the button was used.

I fixed the issue with a few dabs of heat gun glue essentially replacing the reattached tabs for a more lasting bond. The great thing about this type of glue is that it can be removed with a bit of mechanical force. That way one can get in there again if needed. Here is a picture: 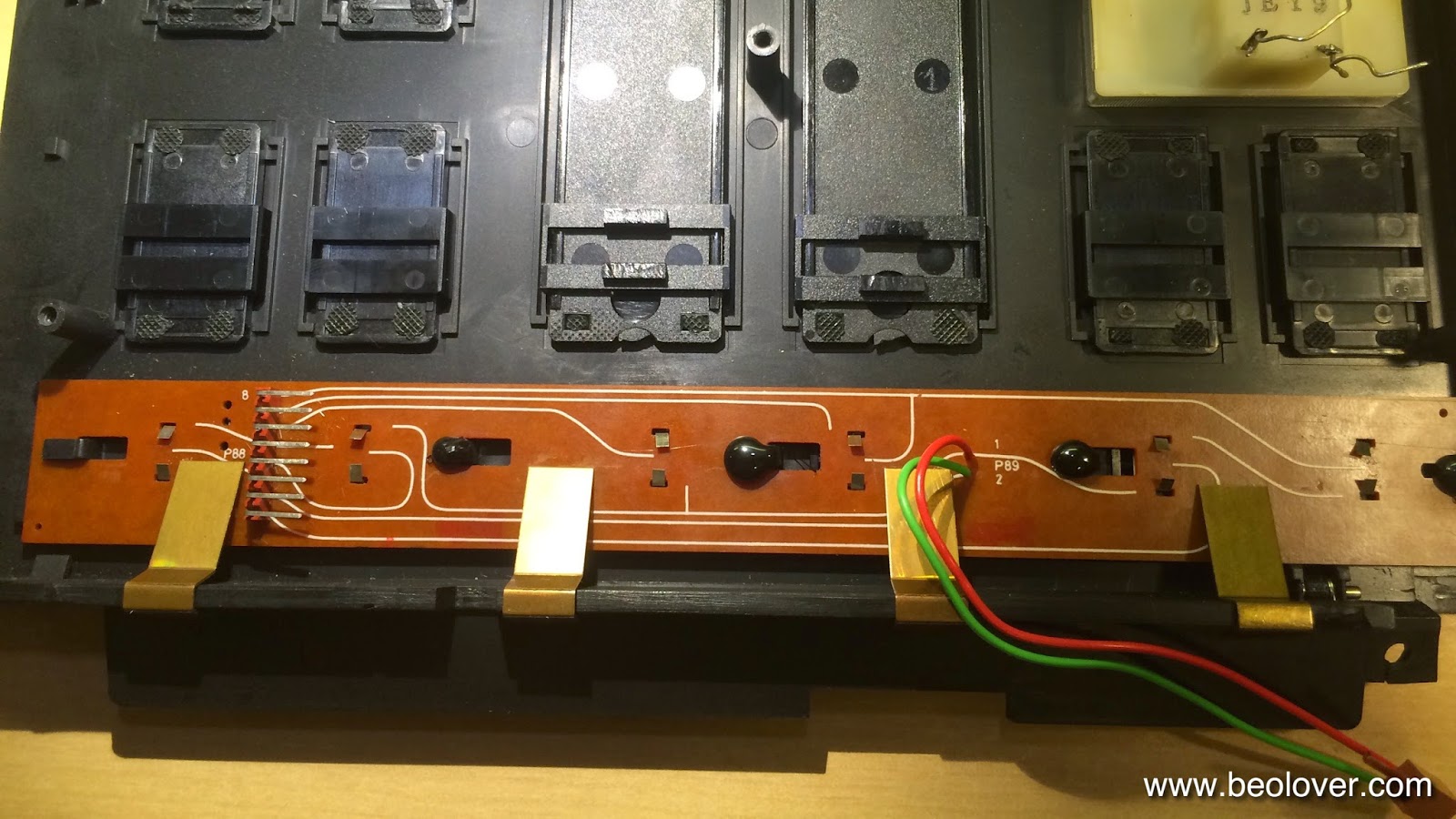 Time to put the Beomaster back together for some testing.