It was decided to also replace the incandescent indicator light bulbs of the Beomaster 8000 display board that I recently received for rebuilding. I think that was a great idea, since these light bulbs are notorious for breaking during shipping - they often have brittle leads that break off right at the point where they enter the glass bulbs.

For some time I wondered how to improve the process that I developed last year. So far, I replaced the bulbs in all my 8000 restorations with two through hole-style LEDs in series with a resistor. While this worked great, I thought this could be improved by the design of small circuit boards that hold three surface mount LEDs with their resistors. So I took this opportunity to go for it! I made a short video about the process (in a sense this is an update to my earlier video):

Here are a few pictures:

The assembled PCBs. Every PCB has three LEDs in parallel: 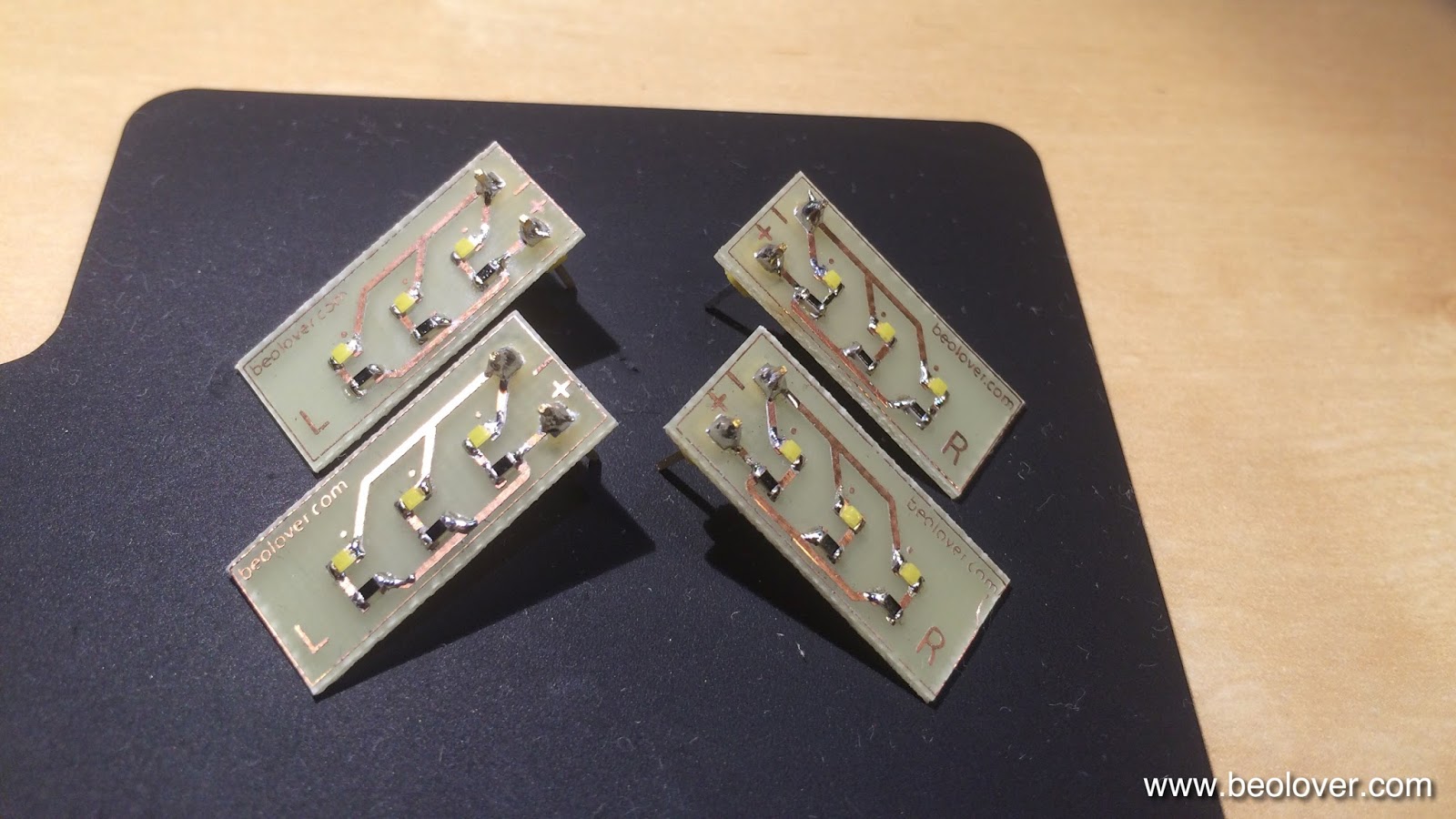 Installed in comparison with an original light bulb (the bulb is a bit too red tinged - I think the camera was confused by the LEDs...): 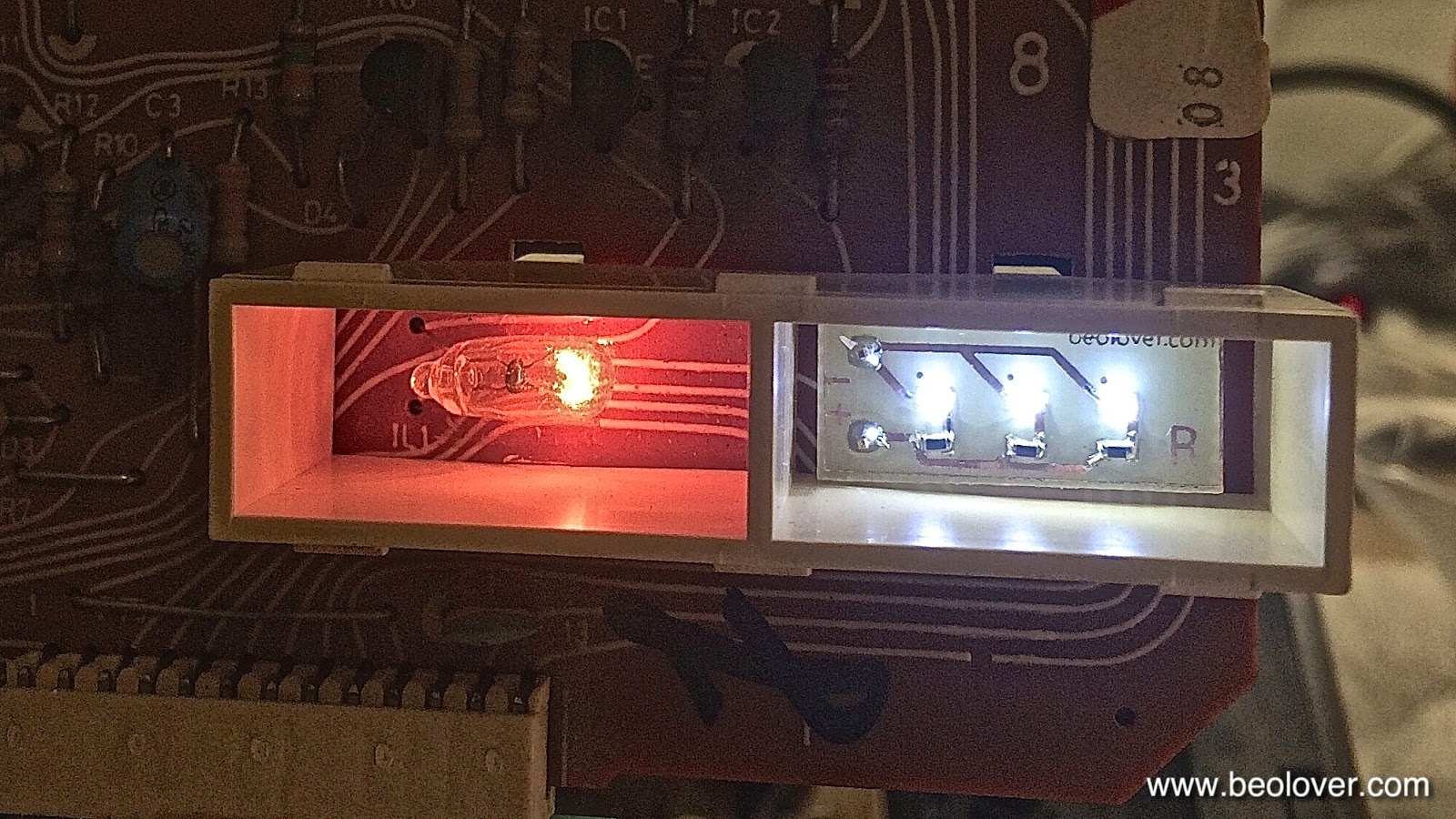 With red covers on. The LEDs yield a very similar appearance as the original light bulbs: 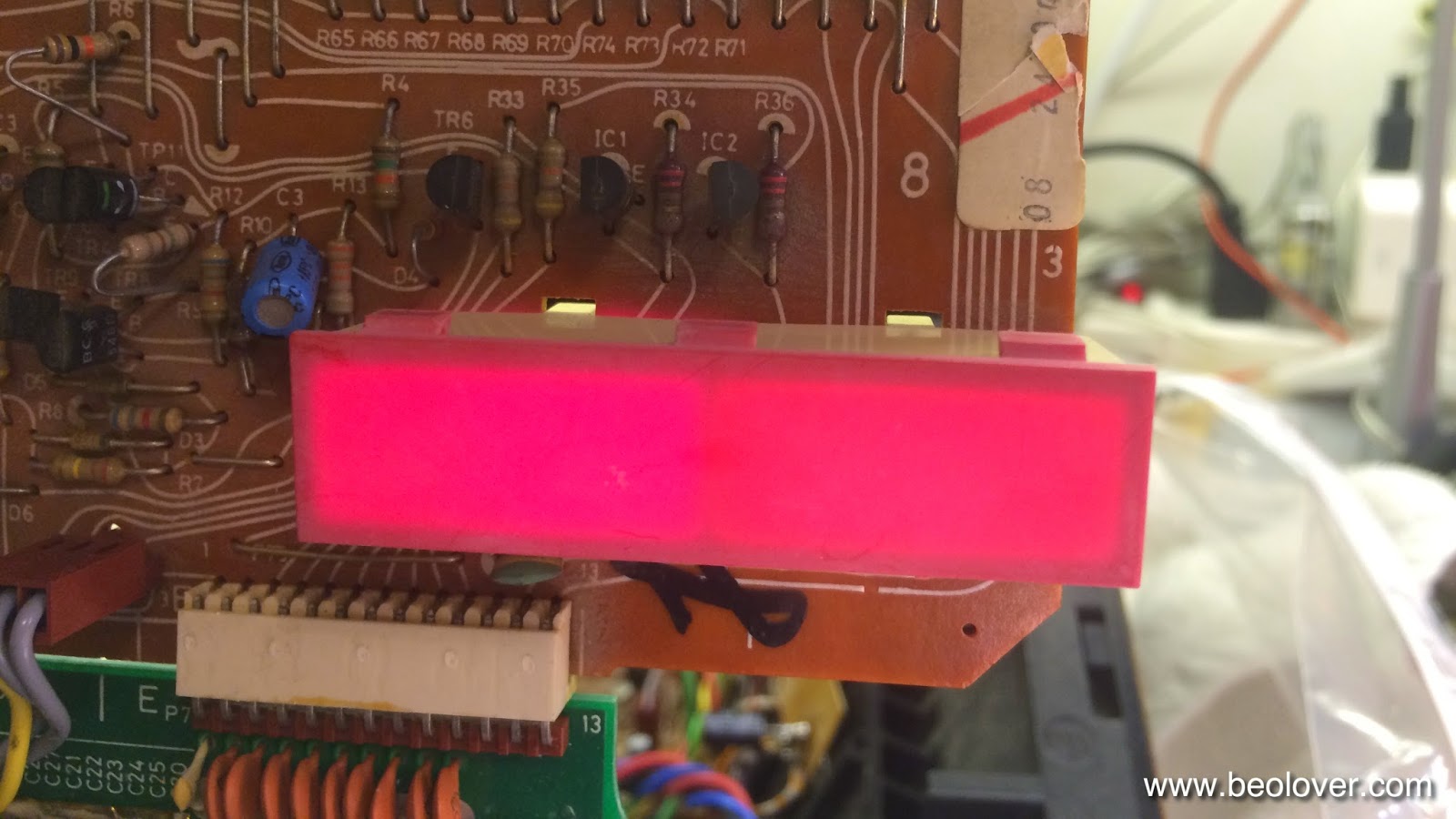 This picture shows the appearance after replacing all four bulbs: 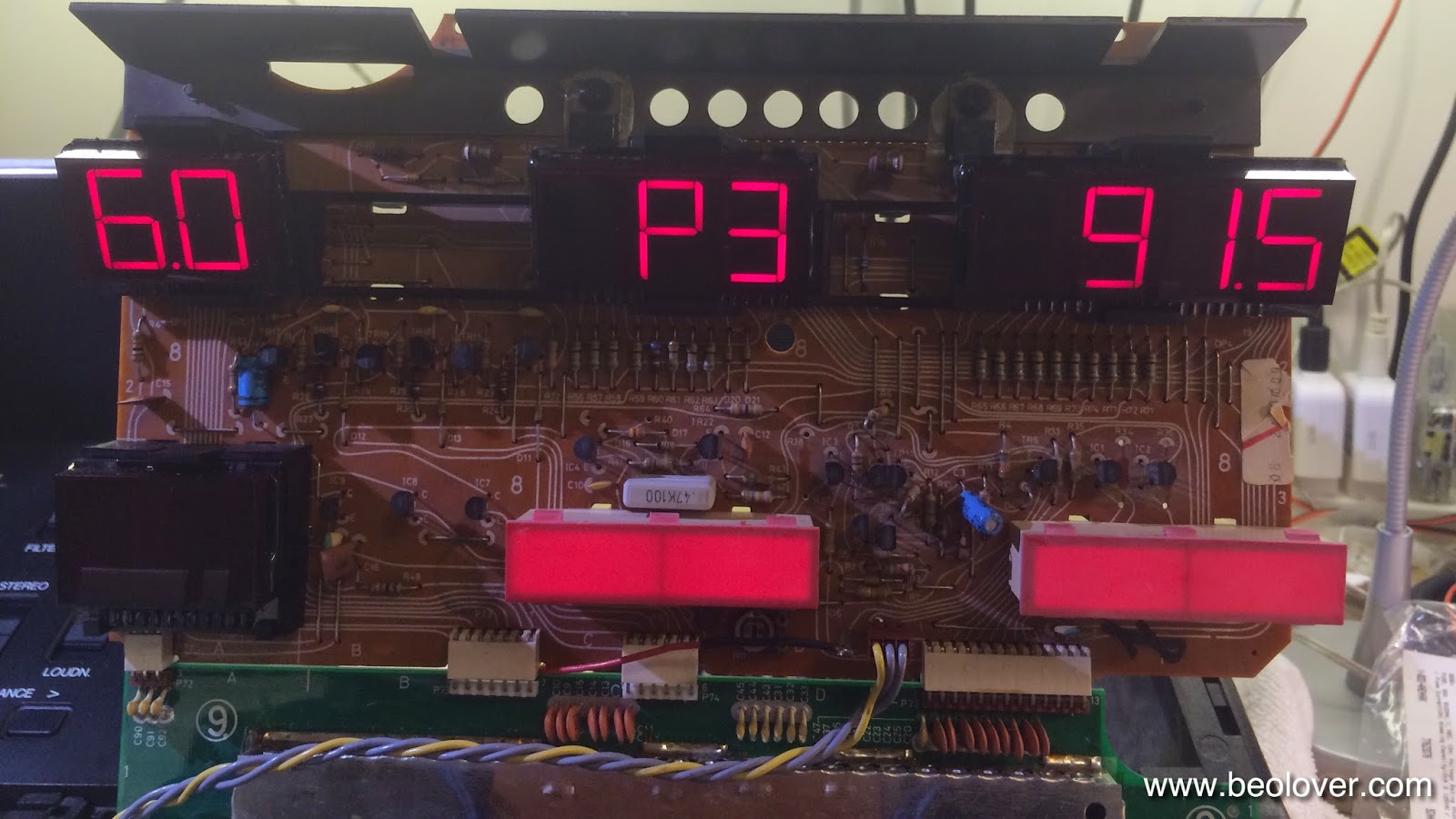 After this was done I also replaced the two electrolytic capacitors on this board to complete the job. Now everything is beolovely in display-land! Time to ship this board back to its Beomaster 8000!
Posted by beolover at 10:14 PM