A sad moment in Beolover's life! A Beomaster 8000 that I recently restored was damaged during return shipping to its owner. FedEx must have dropped the box off the truck. This Beomaster was even shipped in its original box, but this was apparently not good enough. Double boxing is really worth the effort! So far, I only had shipping issues with single boxed units.

Anyway, upon opening it up and plugging it in, the display looked like this: 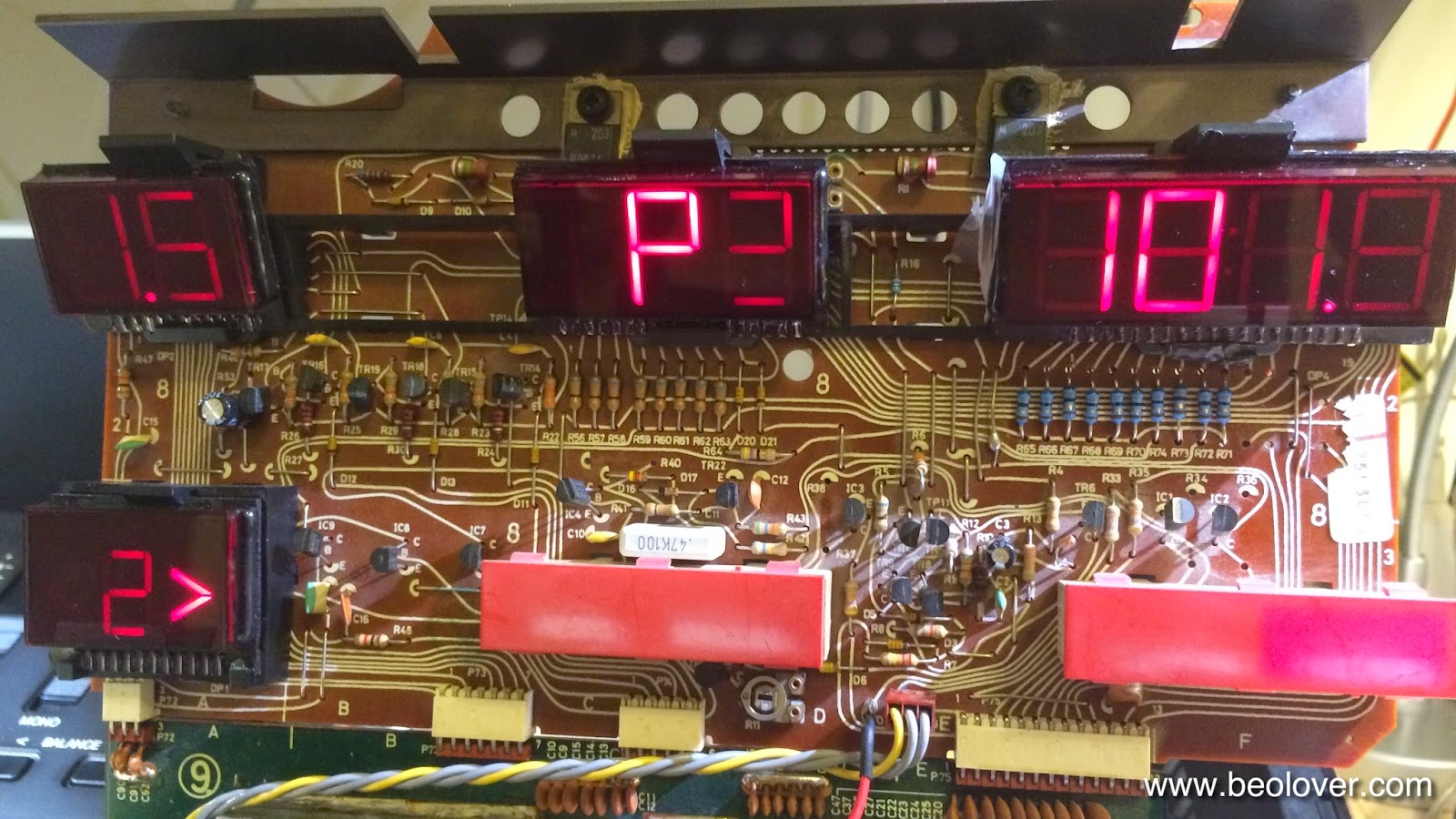 The Beomaster also occasionally turned off by itself, when touching the processor PCB...all this suggested some broken tracks on this PCB. And indeed, a close inspection of the board revealed several broken traces around one of the slots for the shield in the PCB...I bridged the affected traces: 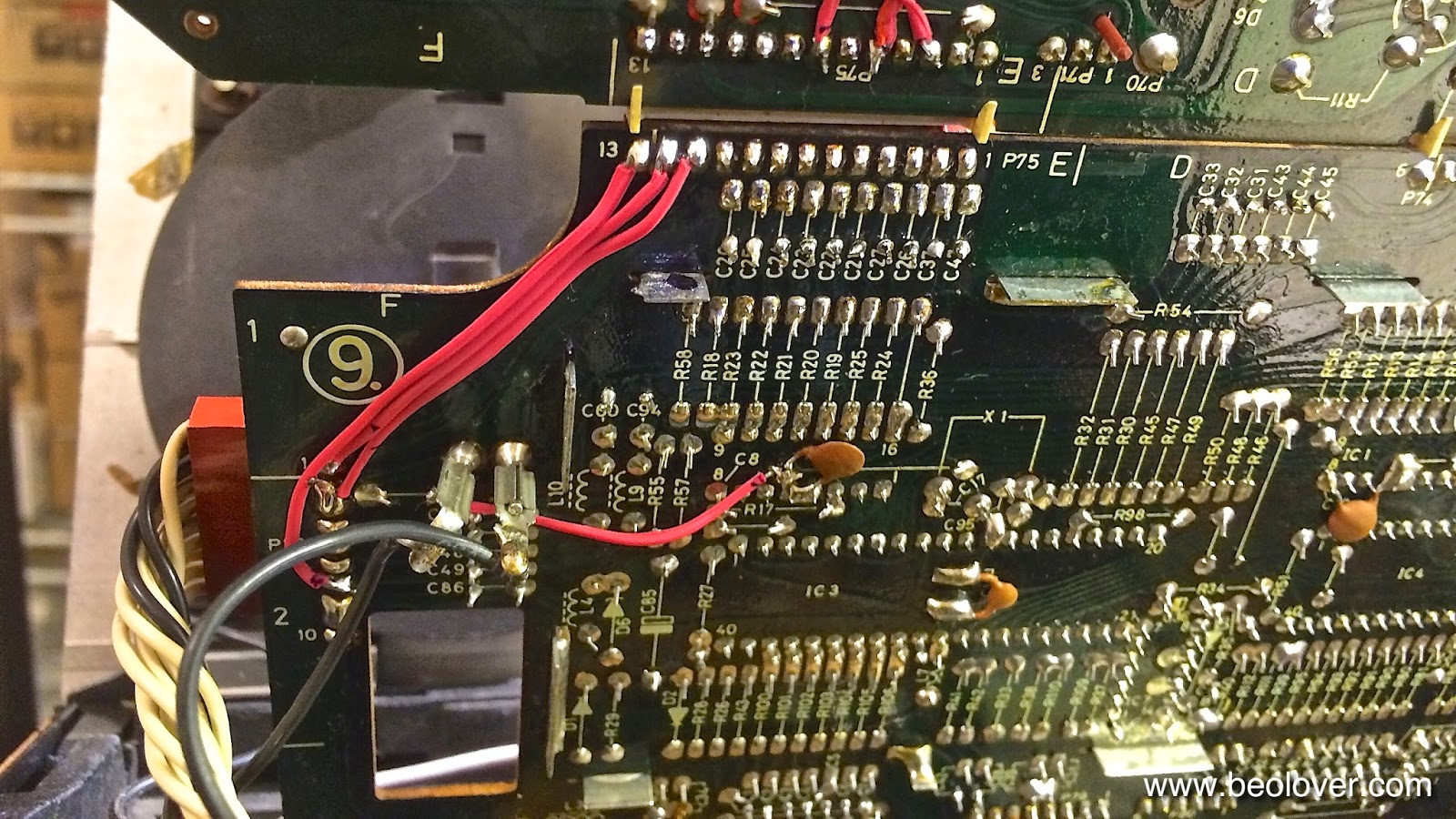 And everything started working again: It is interesting to understand the phenomenon cause by the broken traces. All strobed display digits had a very low intensity. At first I was a bit confused how all of them could be affected at the same time, while the non-strobed segments ran at full intensity. But all cleared up once I realized that the ground connection of both 74247 7-segment decoders had a high resistance. This floated them, and hence they were not able to sink current anymore, and with that the LEDs were all dim.

So far so good. Unfortunately, there is some more trouble: The buttons of the control panel feel unusually tight. They still work, but there is definitely something wrong...