Another 24hrs test of the rebuilt Beomaster 8000 displays passed without incident. So it was finally time to put the displays back on the board and test them in the Beomaster. I also replaced the indicator light bulbs with my latest SMD LED replacement boards. Here is a picture of the boards. They fit directly into the indicator cabinets as a drop-in replacement for the light bulbs: 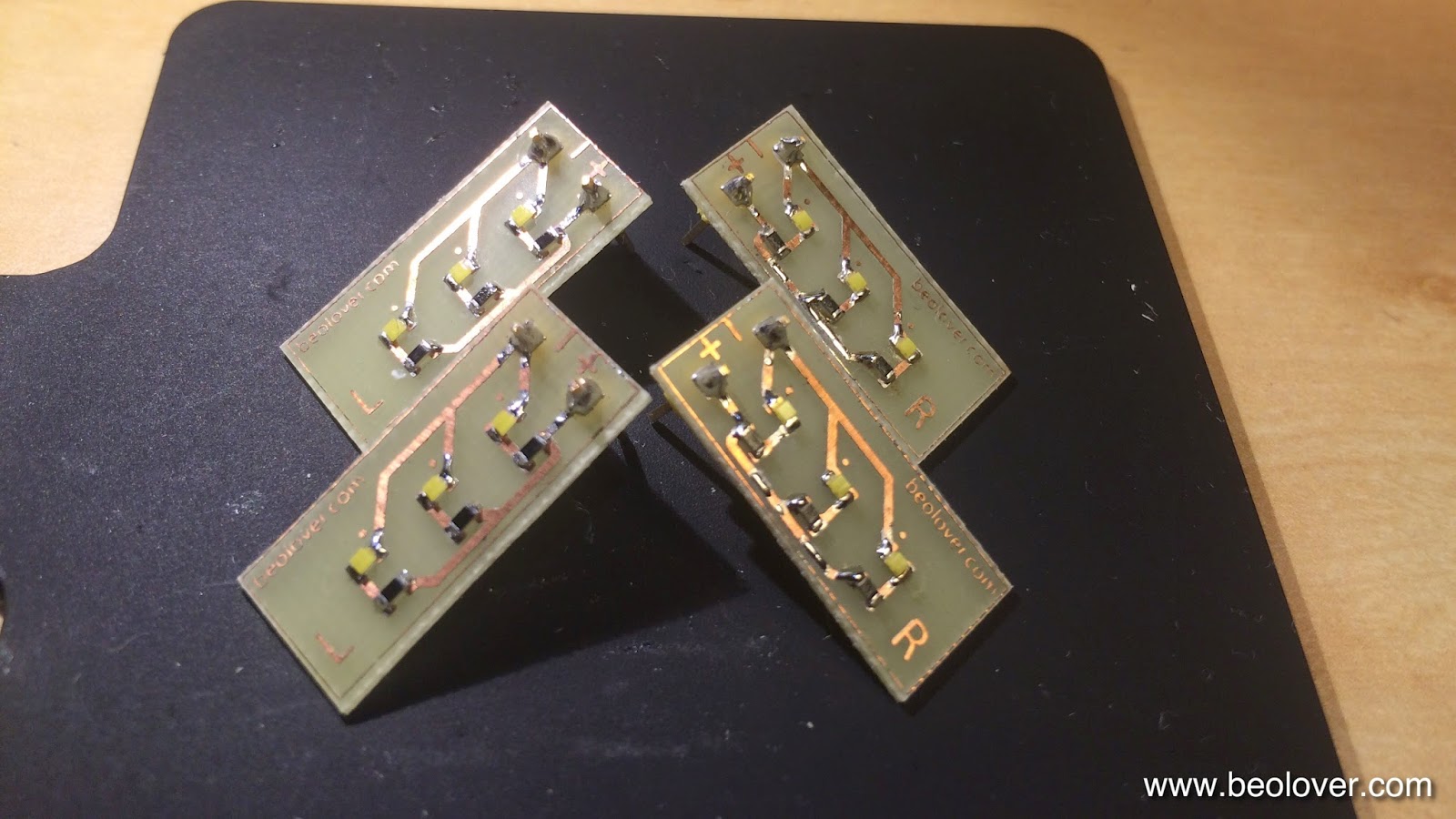 Some more detail about these boards is given in an earlier blog entry, and a YouTube video.

This photo shows the full glory of the display PCB after everything was put together. The covers of the indicators are off, to show the LEDs: 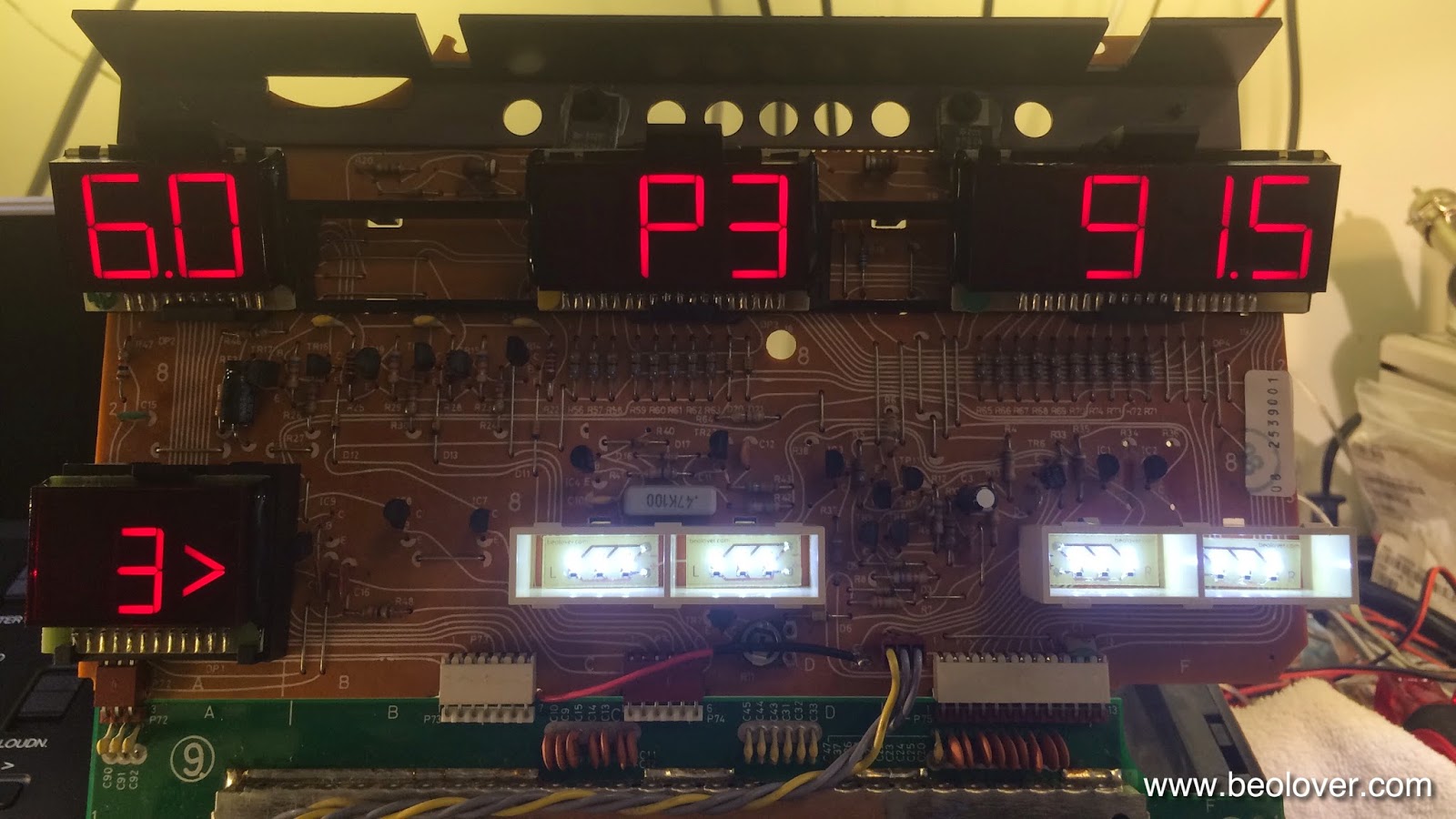 And here with the red covers on: 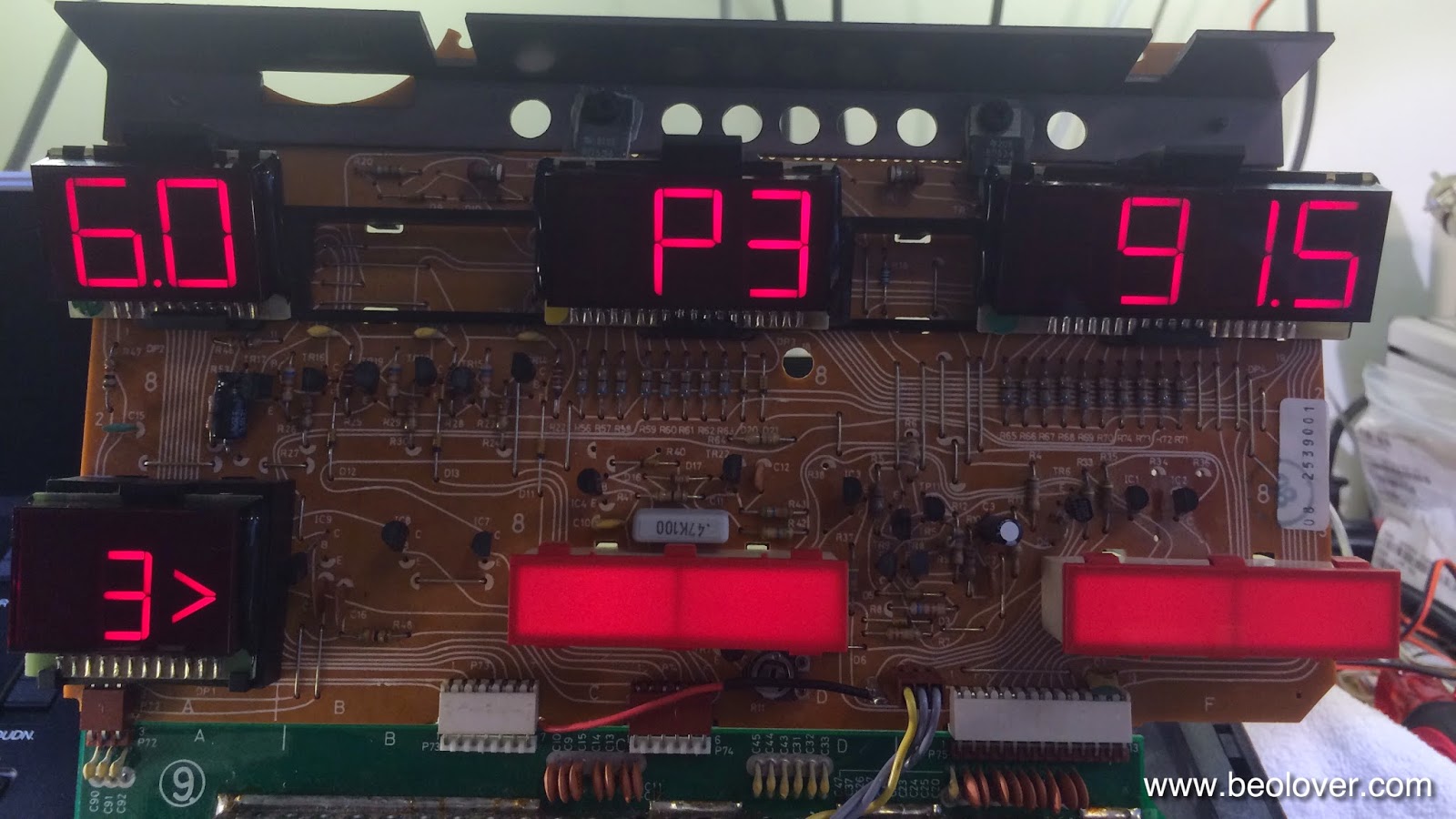 There was a bit of an excitement during this effort, since at first the 'clipping' indicator would not work properly after I replaced the light bulb with my LED assemblies. What happened was that the LEDs would not go off if there was no clipping. In effect the LEDs behaved as if I had not removed the collector resistor (R40) from IC4, but I had. So something was fundamentally wrong. The plot thickened when I measured the base voltage at IC4 when clipping was on: I only got 0.6V, while it should be 1.2V since IC4 is a Darlington transistor where two diode drops occur between base and emitter. IC4 is right above the clipping indicator cabinet: 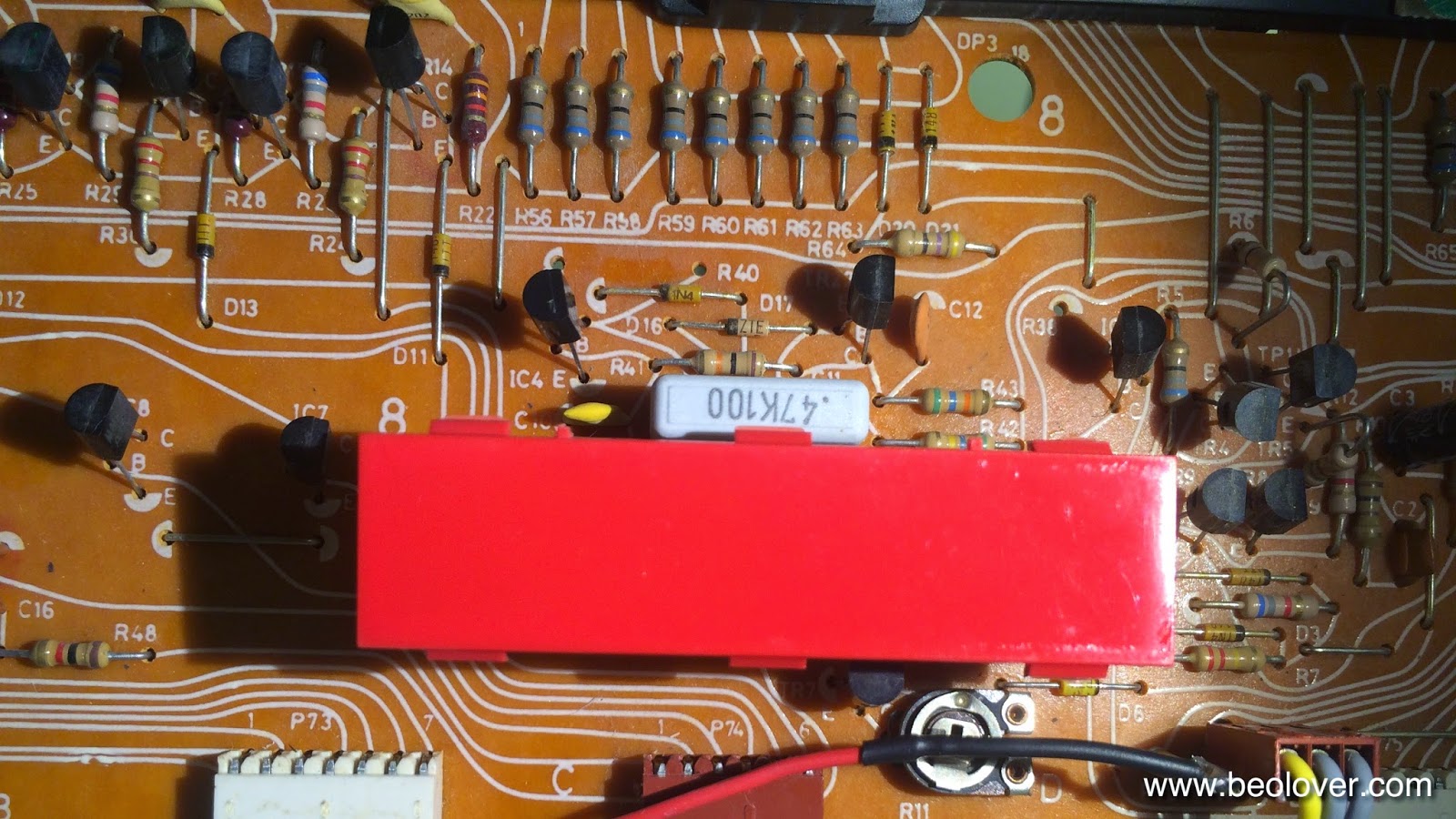 This leaves replacing the speaker switches in this Beomaster, and then this restoration will be complete.