I wrapped up the floating chassis component tasks by reassembling the tangential arm assembly.
During the reassembly I performed some key lubrication tasks like new PMX - 200 silicone fluid in the lowering damper and a mixture of Rocol MTS 2000 grease with Mobile NUTO H32 oil.
More modern lubricants are available today but I have plenty of the original lubricants called for in the Beogram 4004 service manual so I like to use those. 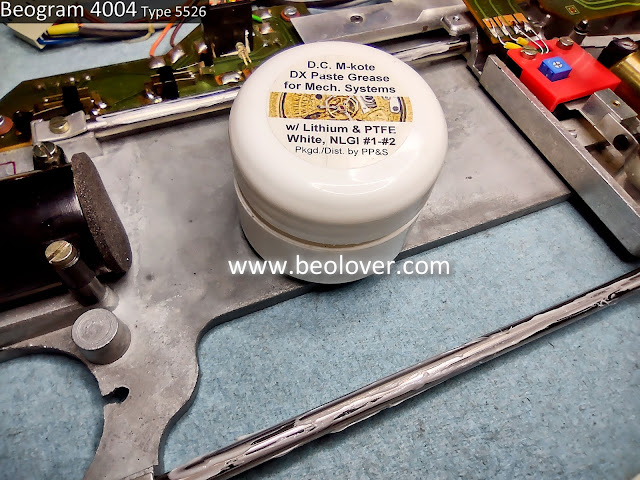 Then I opened the tonearm lowering damper to clean it and apply some PMX - 200 silicone fluid. 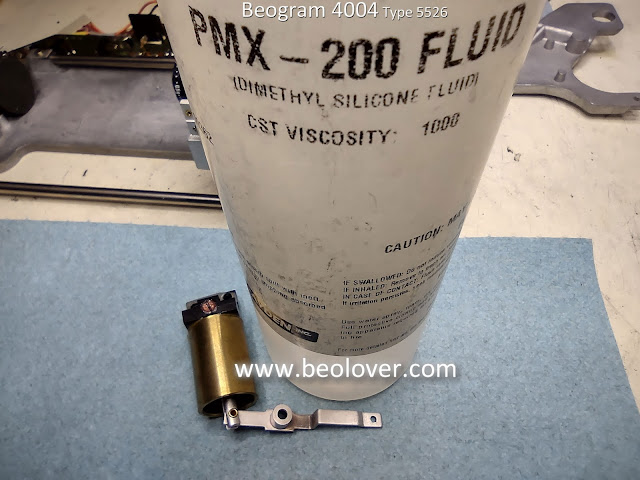 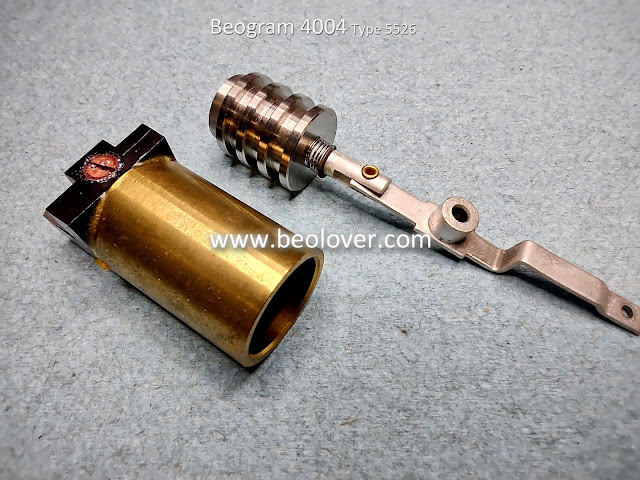 Next I mixed some Nuto H32 oil with Rocol MTS grease for the lubrication mixture on the tangential arm assembly spindle. 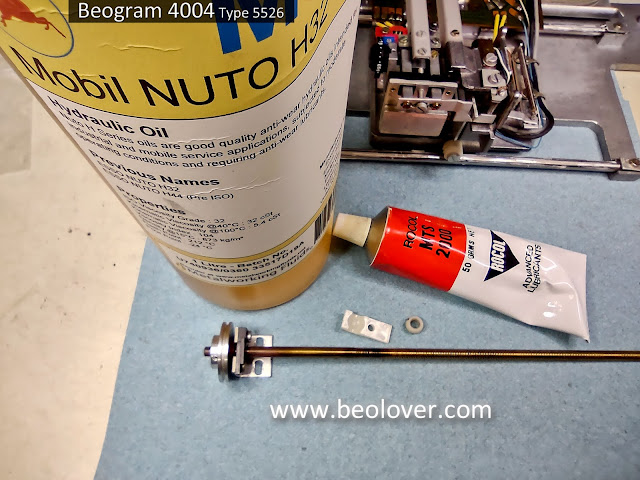 The Beogram 4004 tangential arm assembly components can now be reassembled on the floating chassis. 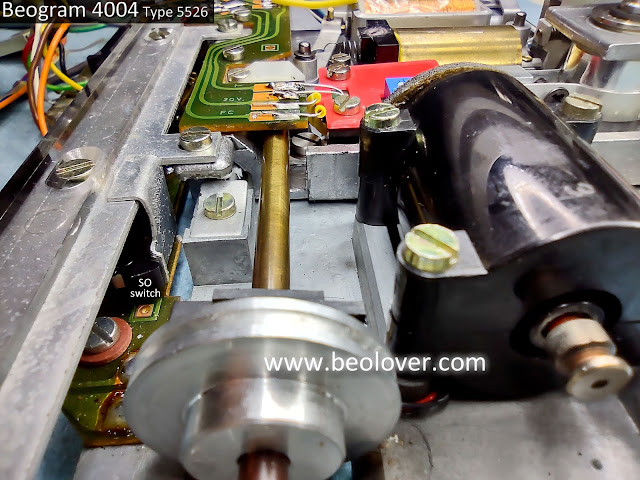 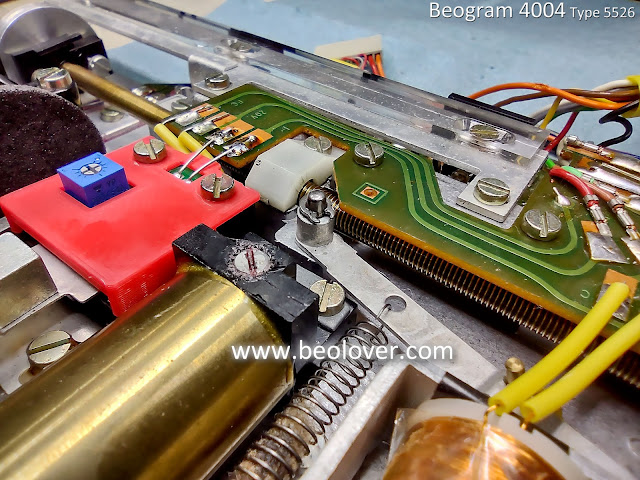 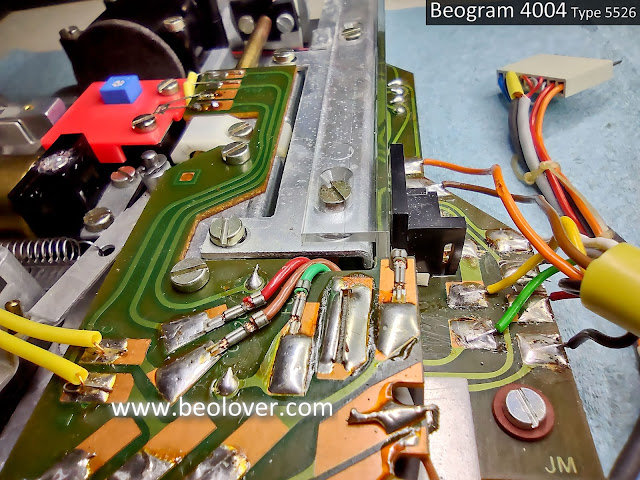 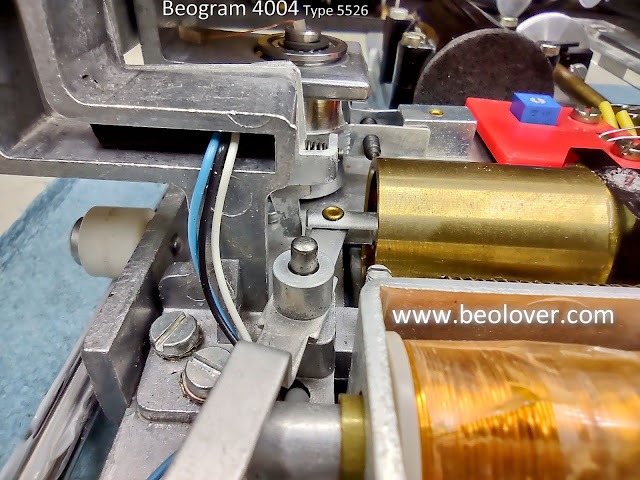 At this point I like to check the tonearm tracking force calibration.
The parts are easy to get to so it is a good place to calibrate the tracking force. 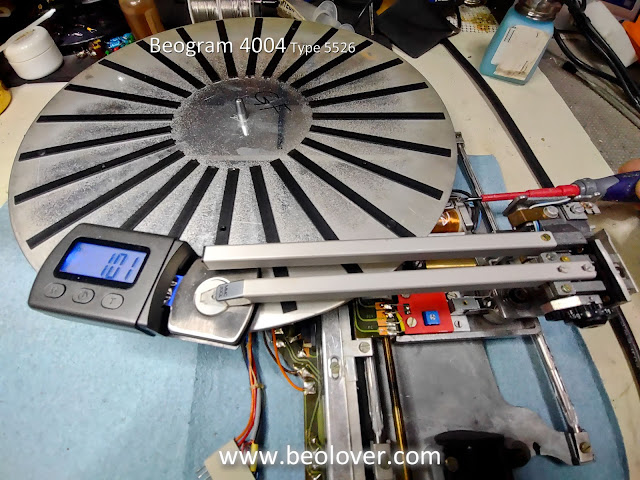 The Beogram 4004 floating chassis (and components) are ready to go into the base cabinet again. 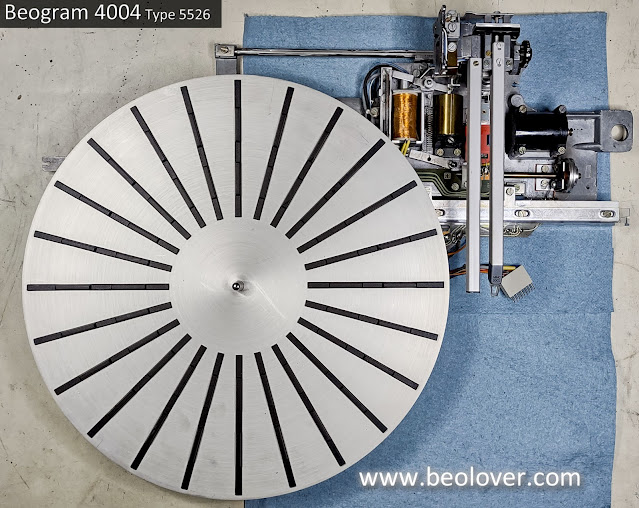 Posted by sonavoraudio at 2:35 AM