The lamp and sensor assembly pull out from the front end of the Fixed Arm. 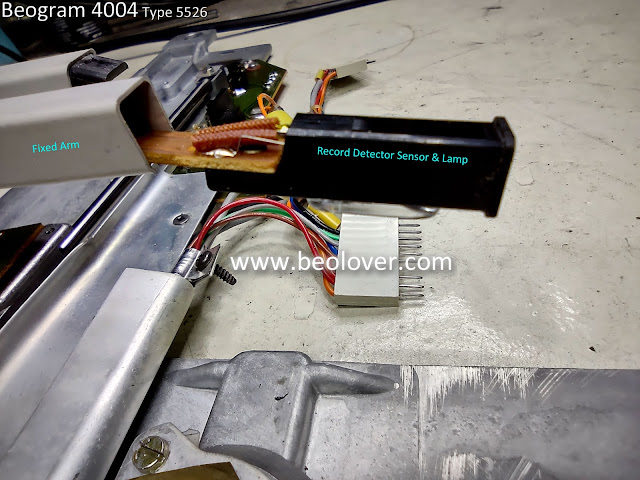 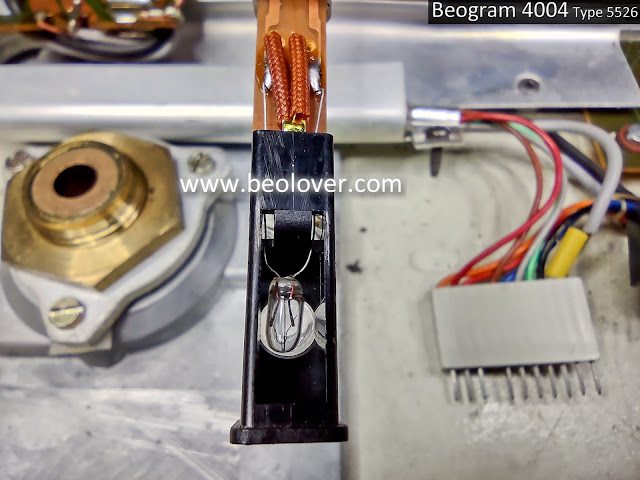 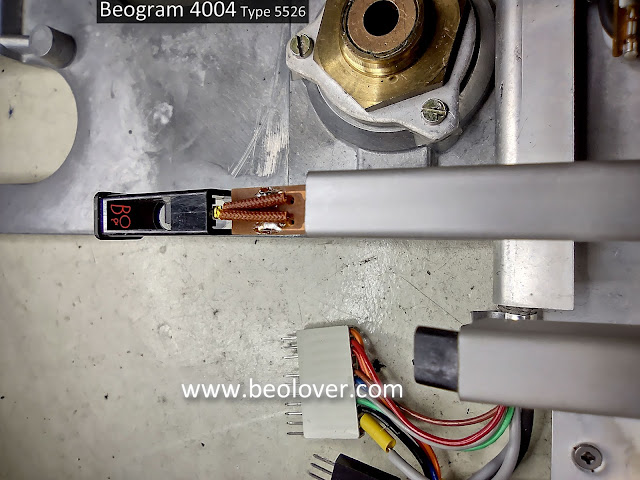 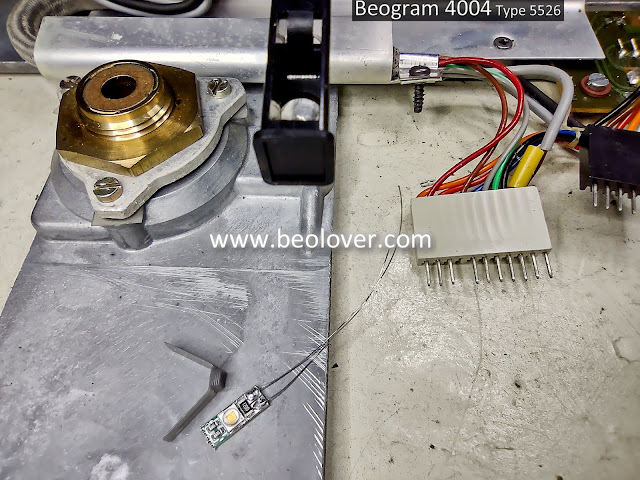 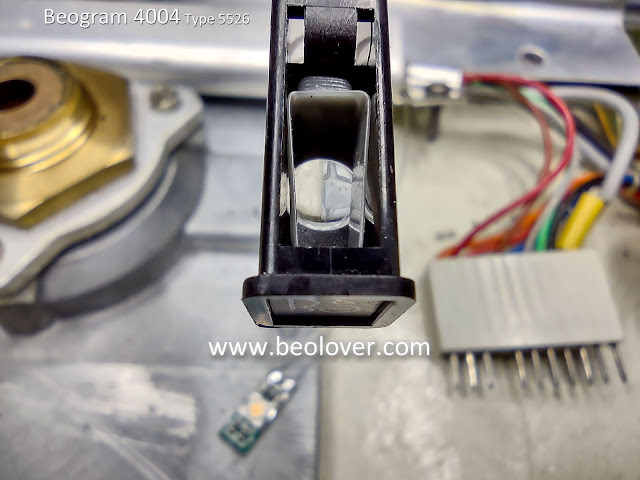 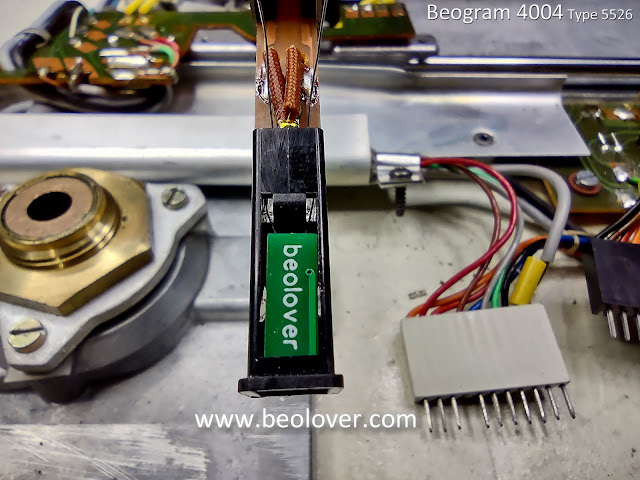 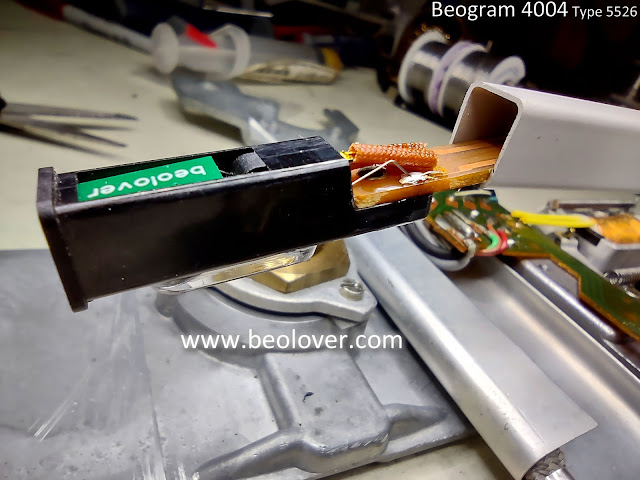 Note that the new Beolover LED sensor lamp leads are bent up a little before the solder connection.
The reason for that is to ensure the lead doesn't short to the mounting rivet of the small board in the Fixed Arm. 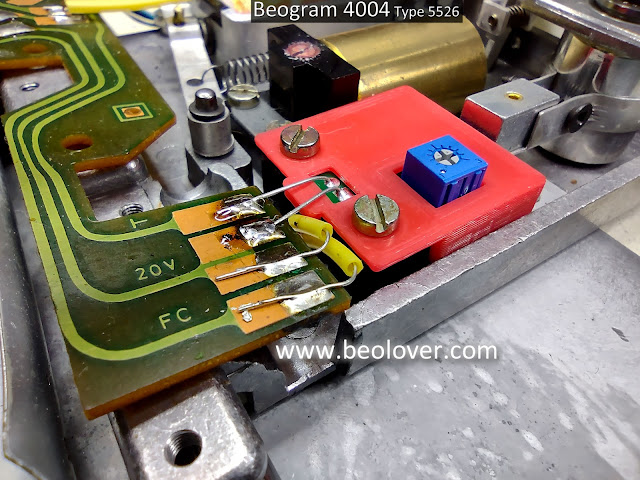 Last...Here is the replacement of the damping material in the Beogram Servo Motor housing.
As shown before, the original damping material has become very dry and brittle.  It is already starting to shed some loose foam material. 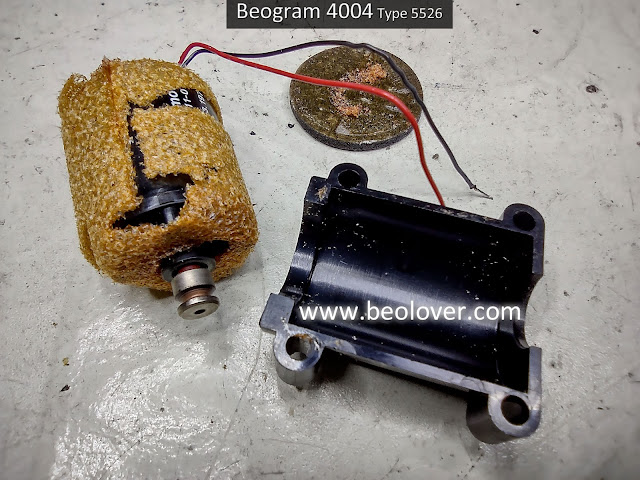 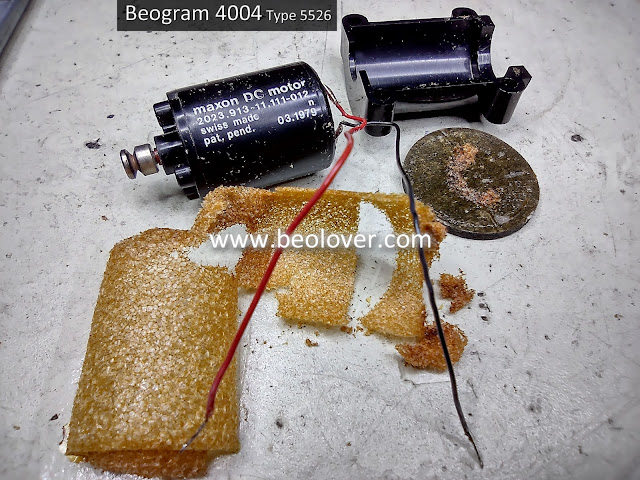 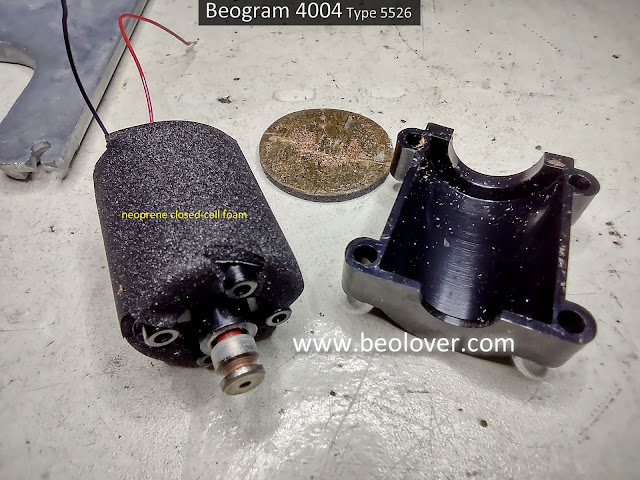 Re-attached to the floating chassis assembly and ready to be connected again. 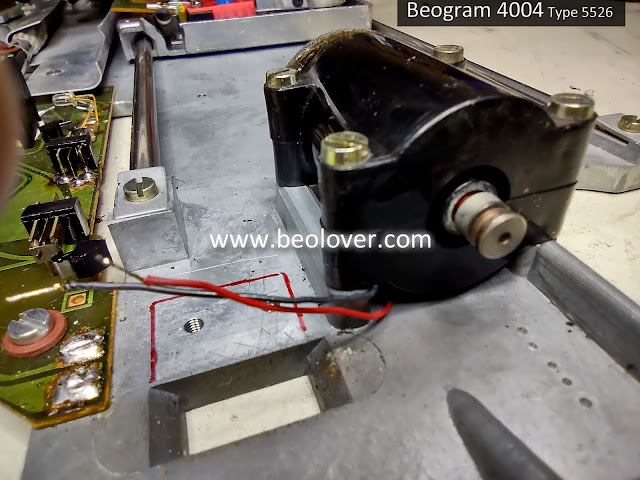