It was time to replace the electrolytic capacitors of the Beogram 4002 that is currently on my bench. These units have many tantalum capacitors, and it is a good idea to replace them at this age. They can die a fiery death due to the highly oxidizable nature of the Ta electrodes in them. Here is a picture of the original board. All the blue and red 'dots' are Ta capacitors: 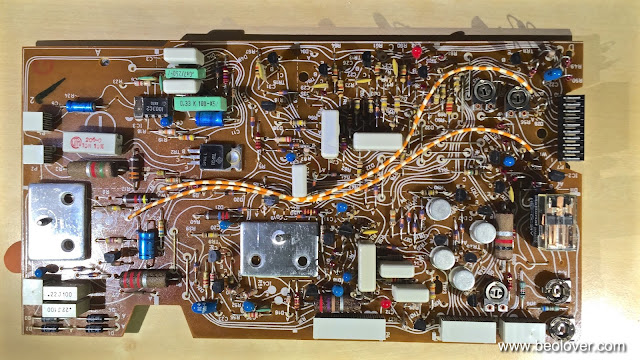 Another standard item of my restorations is to replace the trimmers and the relay in the DC motor RPM control network. Oxidized trimmers can cause drift of the platter speed depending on the temperature of the deck (and the moon phase...;-), while the relay is not encapsulated and hence prone to oxidized contact issues after almost 40 years of service.

I recently developed a replacement relay assembly for the Beogram 4000 and early 4002 models based on a modern encapsulated SMD signal relay. However, this Beogram is a later model, which was already fitted with a more modern relay made by National. This relay is still available as new original stock (NOS) via vendors on AliExpress and similar Asian outlets. However, modern relays are much superior in their design due to modern encapsulation technology and the promise to last for many decades. It is good to keep in mind here that NOS parts are still 30-40 years old and old technology, they just were not used. But oxygen hat its go on them, and so we can expect that the contact tabs are almost as oxidized as in the relay installed in this Beogram 4002!

Hence I modified my design to fit into the later models, too. Here is a picture of the revision of the drop-in replacement relay assembly: 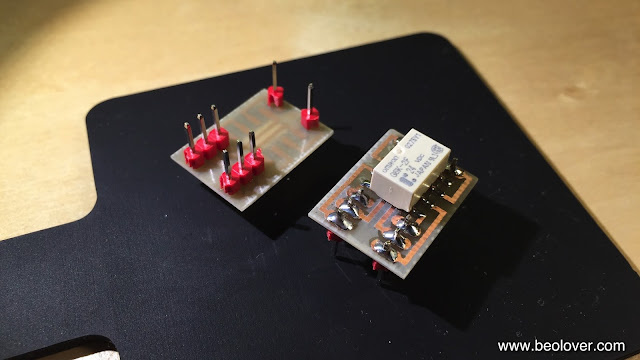 This picture shows the 25 turn 5k trimmers prepared for installation: 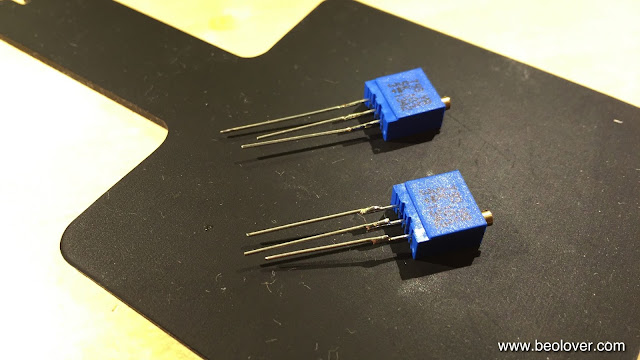 This is a picture of the main PCB after replacing everything: 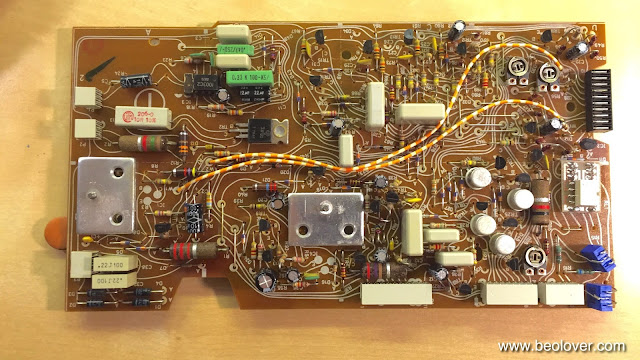 A detail of the relay and RPM trimmers together with the original relay: 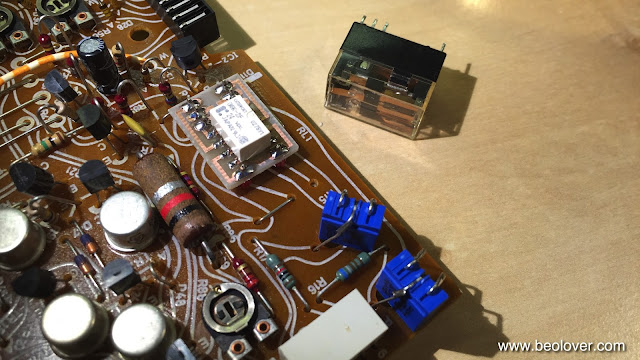 This shows the trimmers from the top side of the PCB: 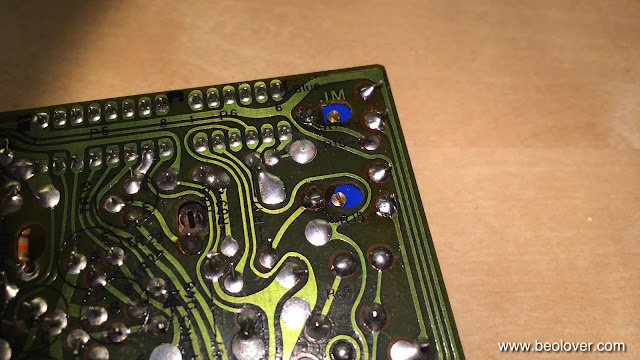 It is important that they are accessible from the top, so one can trim the RPM while the deck is running without having to take out the main PCB.

When replacing the capacitors, of course the main reservoir capacitor of the power supply also needs to be replaced. This shows the original can: 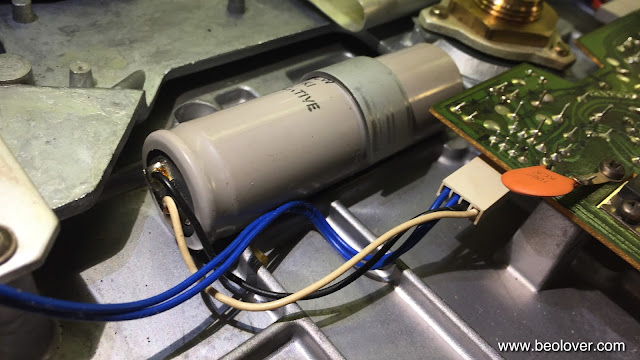 And here the replacement: 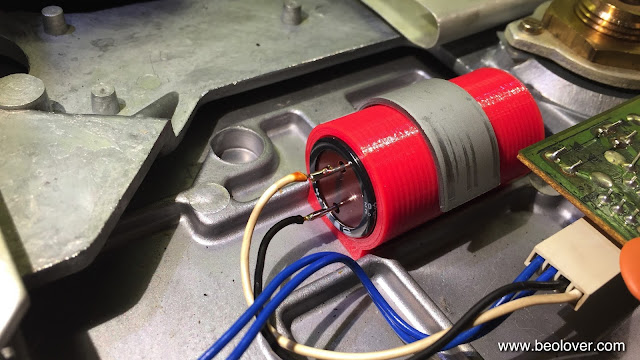 I designed a 3D printed adapter enabling me to clamp a modern 4700uF capacitor in the space of the original unit.

After the main PCB I did PCB #8 that sits underneath the keyboard, and which contains the output relay. Here is a shot of the original unit: 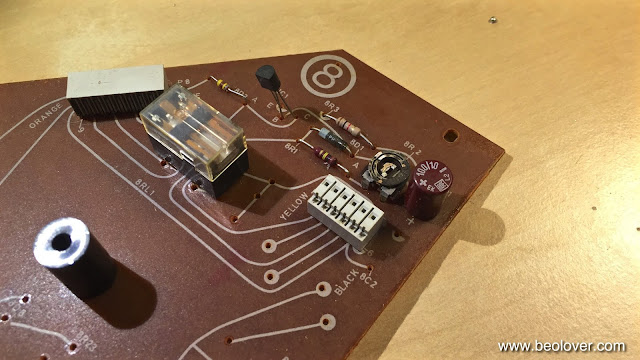 I usually install a new relay, replace the time constant capacitor for the relay, and also install a grounding switch that allows to tie system and signal grounds together if necessary to squash humming issues. Here is a picture of everything installed: 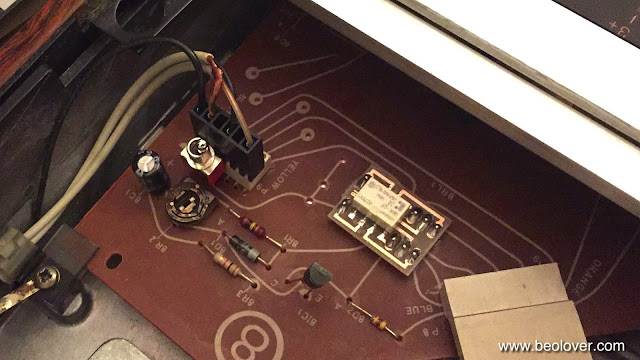 After these replacements I put everything back together and then I tested the unit...all went well. This concludes the electronic rebuild. On to the adjustments and alignment of the platter, chassis and the arms!