Another Beogram 4002 (5523) arrived for some TLC. When I took this unit out of the box I realized that the MMC4000 cartridge was still on the arm and that the transport locks were not engaged. So naturally I was a bit worried about the state of the cartridge. 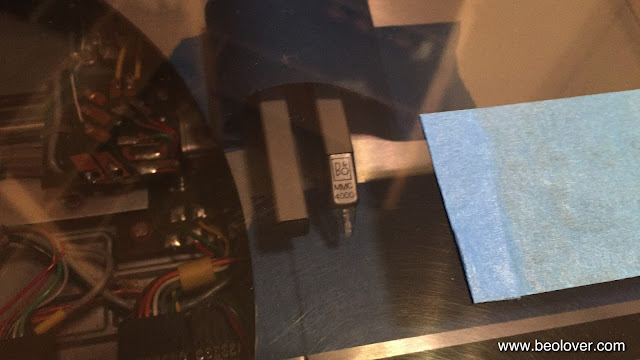 Especially, since it turned out that the foam pads that were supporting the arms had disappeared into he enclosure and the tone arm was swinging freely without any support under it: 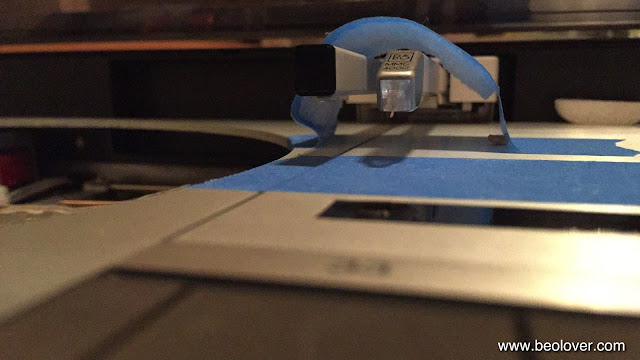 I took the cartridge out and gave it a good examination. It seems the low weight of the arm and blue tape underneath the needle prevented the worst and the cantilever and tip survived: 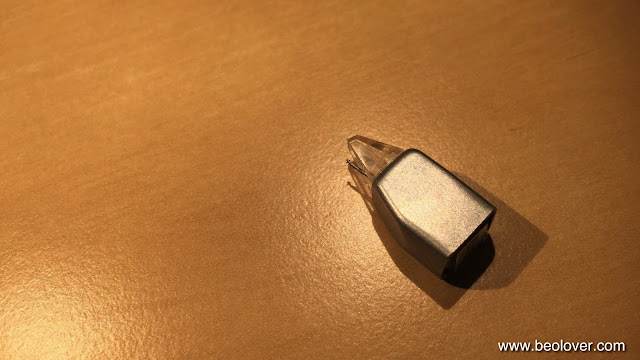 I put the cartridge on the Beogram 4000 that I just restored and gave it a spin. Miles Davis "In a Silent Way" (MOFI reissue). It sounds pretty good, so I think we were lucky on this one.

After this relief I checked out the turntable. The hood is in pretty good condition, probably the best original one I have seen so far. There are a few scratches near the aluminum trim, which is missing the Beogram 4002 insignia. This indicates that the hood may have been polished a bit at some point. It is difficult to get all the way to the aluminum edge with polishing materials, so if not enough attention is paid, there is usually a strip of poorly polished plexiglass. There are also a few telltale swirls across the hood surface. 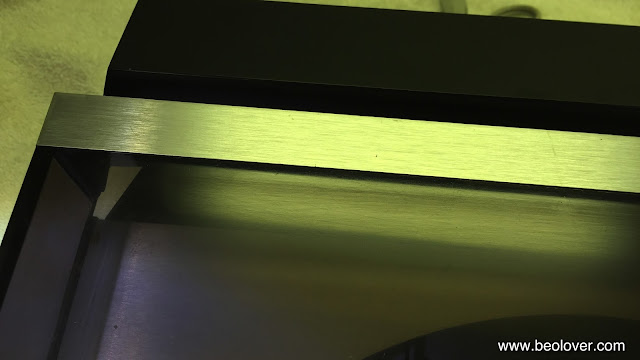 Then I removed the hood and had a look inside. The panels are pretty good, albeit a bit grimy. Nothing that Mr. Clean Magic Eraser Pads could not straighten out: 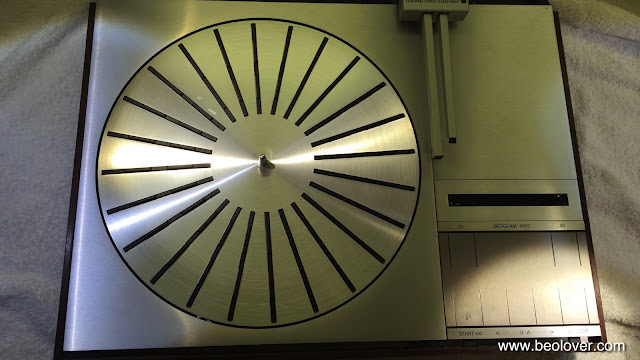 Unfortunately, the keypad has a severely damaged START key, where the coating is worn to the metal surface: 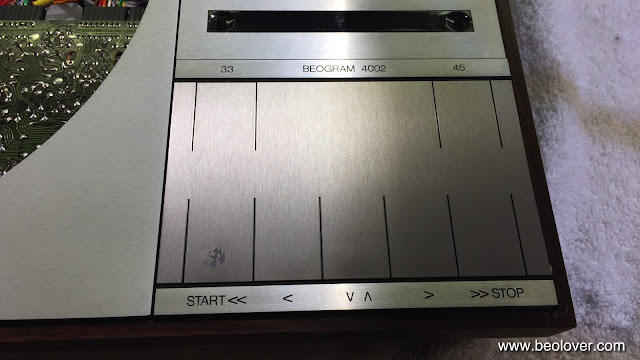 Otherwise the exterior is pretty good, excellent veneer corners, but, unfortunately there is a scratch in the veneer up front: 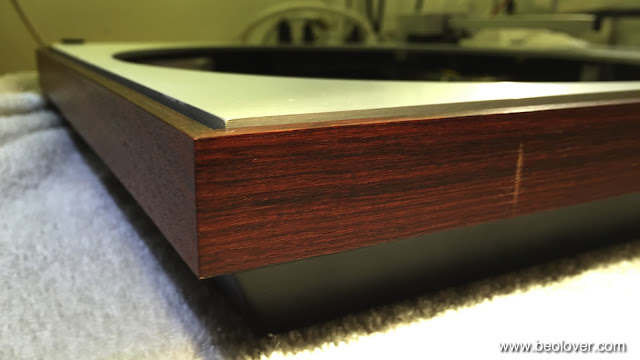 Maybe this can be sanded/polished out.

Below deck the main damage is fully disintegrated transport lock bushings of the orange type. The orange ones are always crumbling, while the grey ones typically can be left alone. That the transport locks were not engaged did not help this issue since there must have been constant impact on the bushings during the rigors of shipping. 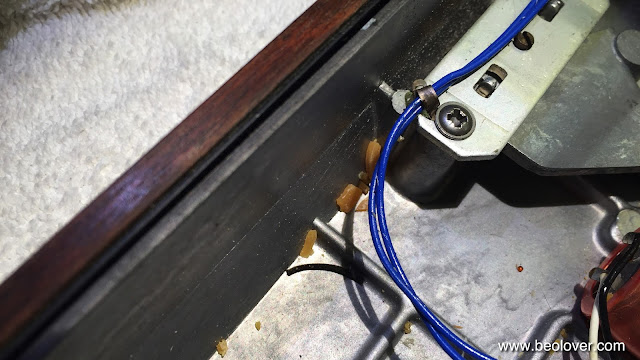 At any rate this is not difficult to fix, and the 400x units are of a pretty rugged all-metal design, which makes permanent shipping damage unlikely even if the locks are not engaged.

After this cosmetics assessment I looked into the carriage issues that were described to me: I was told that the carriage does not stop at the set-down point after activating START. I plugged in and did a test drive, and indeed the carriage continued running towards the center even with platter absent (in this case the control system comes to the conclusion that a record is present since there is no reflective surface). However, the solenoid engaged at the correct 30 cm point. This immediately told me that the mechanism is working, but that the tracking sensor needs adjustment. Indeed, moving the tonearm to the right with a finger immediately stopped the erratic forward motion. So this will be an easy fix. I also noticed that the arm mechanism is a bit stiff due to hardened lubricants, i.e. this needs some attention to achieve smooth operation.
I also noticed that the DC motor runs a bit rough. This is an indication that it needs some lubrication of its sleeve bearings and a cleaning of the commutator and the brushes.

The bottom line on this Beogram is that it is a nice starting point for a restoration. Nothing abnormal considering the age. I am confident it can be brought back up to specifications.
Posted by beolover at 12:24 AM