Beogram 4002 (5513): Rebuilding the Arm Lowering Mechanism, Mechanical Adjustments and a Broken SO Switch

Today I rebuilt the arm lowering mechanism of the Beogram 4002 (5513) that recently arrived on my bench. It turned out that all linkages were stuck and that the damper was completely dry. The first step was to re-lubricate the damper to arm linkage and adjust the lateral arm parallelism. I took out the sensor arm fixture to get to the pin around which the linkage rotates: 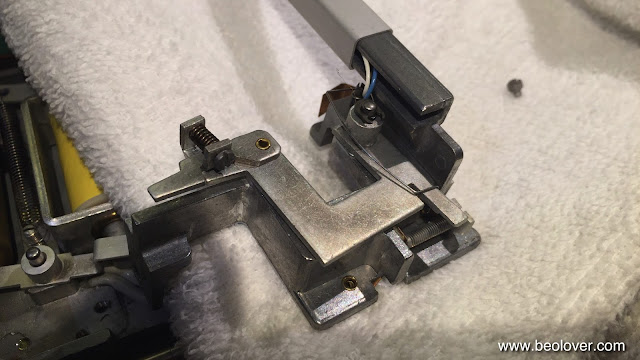 Then I took the mechanism apart and cleaned everything of the hardened lubricants and re-lubricated with a small amount of silicone grease: 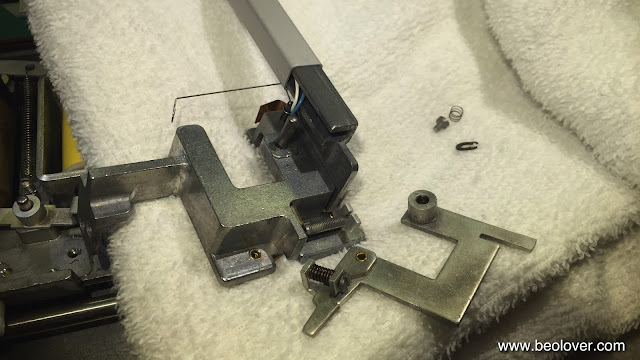 Then I put everything back together and made sure the arms are parallel. Then it was time to extract the damper and the solenoid linkages: 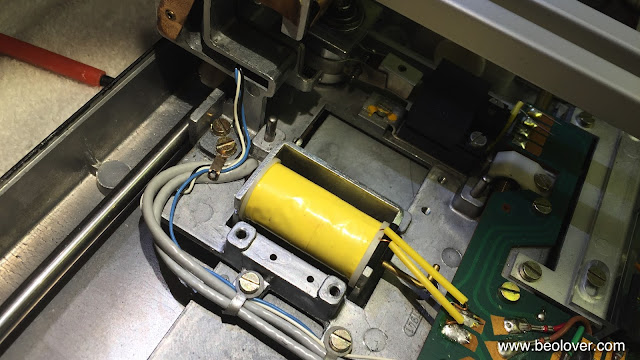 Here is a picture of the damper taken apart: 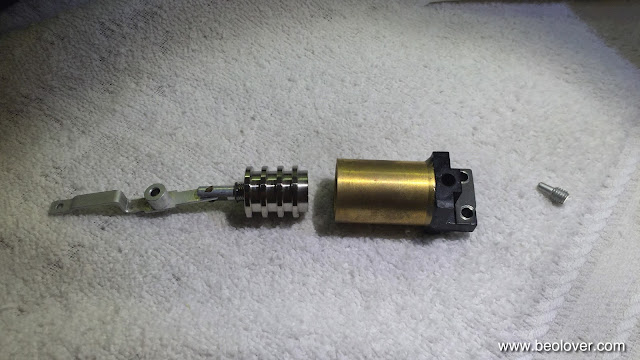 I lubricated it with a bit of synthetic motor oil and cleaned the old lubricants fro the linkage pivot points and re-lubricated those with silicone grease. Then I put everything back together and gave it a spin. While the arm was now lowering properly, the tracking mechanism was completely out of adjustment due to the arm alignment. So I had to adjust the tracking feedback. Hence it was time to crank out my least favorite record and stick on my dented MMC20EN cartridge to adjust the mechanism: 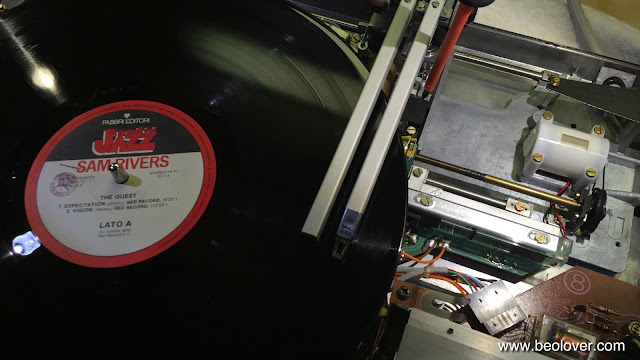 I made a detailed video about this process, which explains how to do it properly.

Then it was time to adjust the arm lowering limits to help prevent a cantilever extraction in case the sensor in the sensor arm dies. There is another video that shows how to do this. This was the result of my efforts: 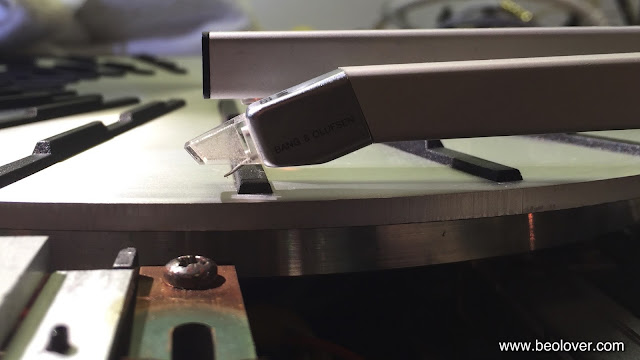 The stylus is supposed to just clear the lower parts of the platter ribs when all the way lowered. The final task was to adjust the tracking force. Yet another video shows how to do that.

Then I played a record, which went well, but I had to realize that the 'Switch Off' (SO) switch that turns the deck off when the carriage is in its home position is broken. It is interesting to note how this manifested itself: When the arm returned to its home position on the right, the deck shut down, but the solenoid briefly came on and jerked with a loud 'clonk'. The reason for this is a missing plastic part that is needed to fully engage the switch, i.e. make the ground connection at the right point during the home movement of the carriage. Here is a picture of a good SO switch in a different Beogram 4002: 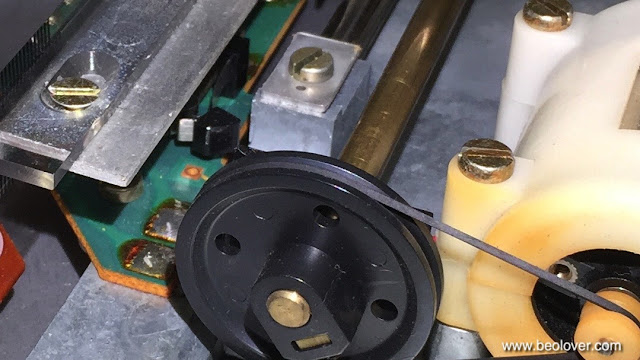 And here the broken one: Note the missing small black plastic part right above the carriage pulley. If it is not there the switch terminals are not moved far enough by the aluminum tab on the position ruler preventing it from switching over to the GND pole. However, without the plastic part the switch the switch also forms a ground connection via the aluminum tab on the position indicator slide that is activating it when the carriage has arrived in the home position. This turns the deck off like a working SO switch, but a bit too early and perhaps with a bounce since the spring force between the tab and the switch terminal is weak. Hence the solenoid jerk.