Beogram 4000: Polishing the Hood and a Strange Hinge Pin

I am giving the Beogram 4000 that I restored recently the final touches. The last item to check off on the list is always polishing the hood. Like most Beograms that I saw so far this one also had a badly scratched up hood from carelessly stapling things on top of it while it sat in 'storage'. This unit had a couple more items that needed to be taken car of: One of the hinge pins was not original. At some point the short press-fit pin must have 'vanished' (one really wonders why someone would take it out...but such is the human creativity...;-), and a replacement pin was installed. The 4 mm replacement pin fit well into the hinge parts, but was too long and so it stuck out a bit: 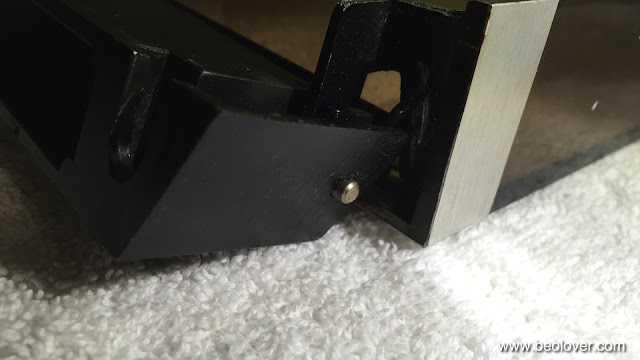 Here a picture from the bottom of the hinge assembly: 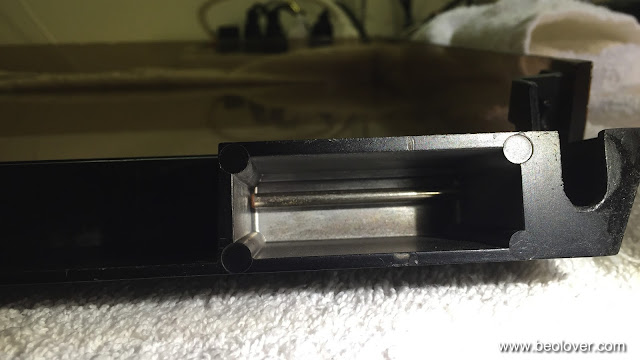 I took the pin out and cut it by 4 mm with a jig saw and a metal blade. That allowed the pin to be inserted a bit deeper and it looks original now: 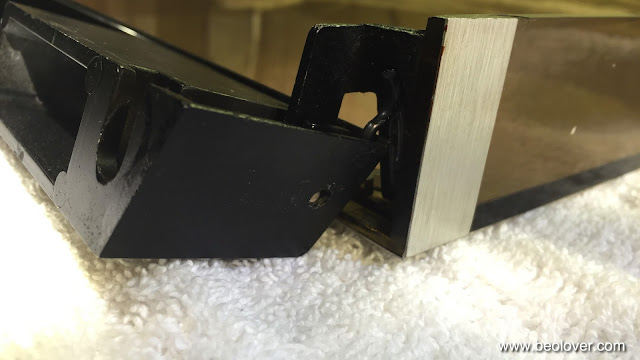 On the other side of the hood the aluminum trim had come off from the plexiglass: 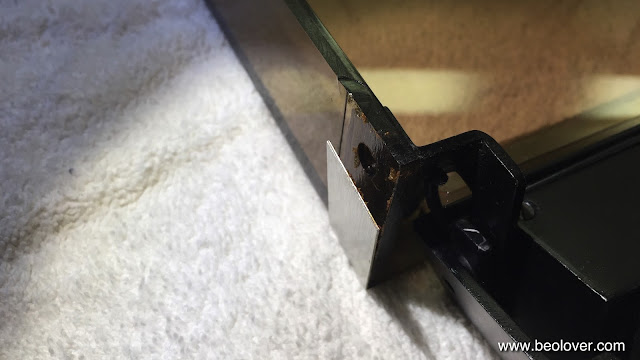 I fixed that by applying a strip of double sided tape and pressing the strip back to the hood body. I recommend to not use epoxy or similar glue for this since the aluminum strip covers the screws that hold the hood to the hinge, and if the hood ever needs to be take off the trim needs to be pried off.

Anyway, after these tasks I set out to polish the hood. this one was special since it also had some issues on the inside, which is much more difficult to fix since it is hard to polish the inside. Luckily the damage was fairly small and most of it appears to have been tape residue: 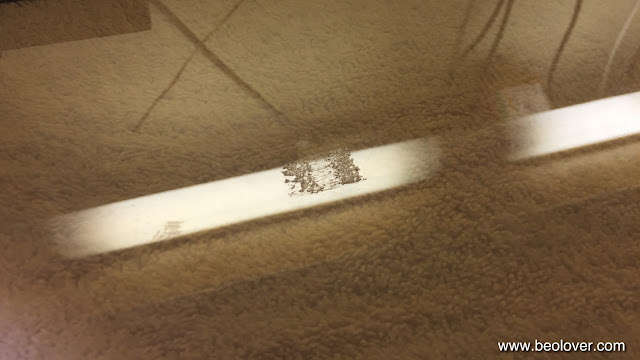 I was able to remove it with a bit of detergent and a Mr. Clean Magic Eraser Pad. After that it needed a bit of buffing with polishing fluid, and that seems to have done the trick. There are a few more small very localized dings on the inside, but I chose to let them be since it is almost impossible to to a full sanding/polishing job on the inside since one cannot get to the corners.

Then I focused on the main job, the outside of the hood. Here are a couple impressions of the degree of scratching: 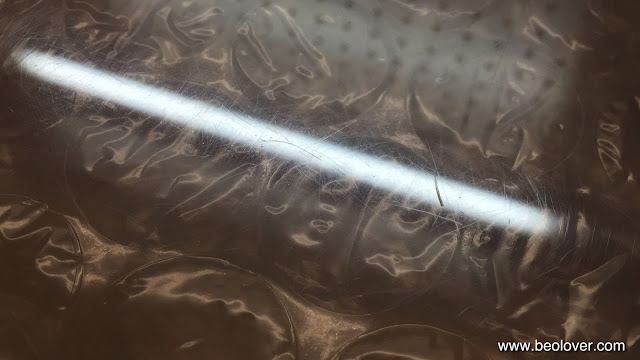 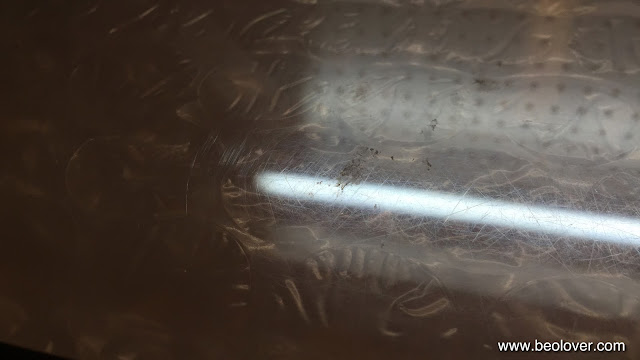 Nothing too special, but the depth of the damages required to start out with 200 grit sand paper to level the surface with the deepest damages: 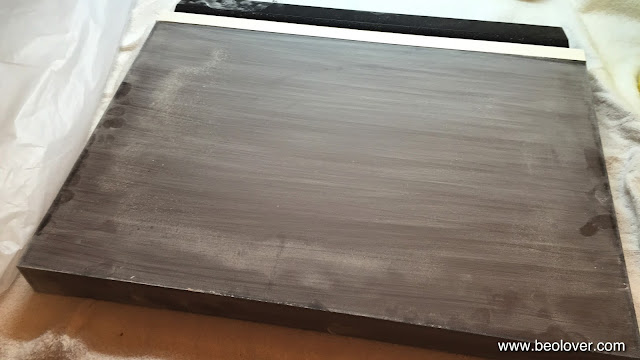 This was followed with 320 grit: 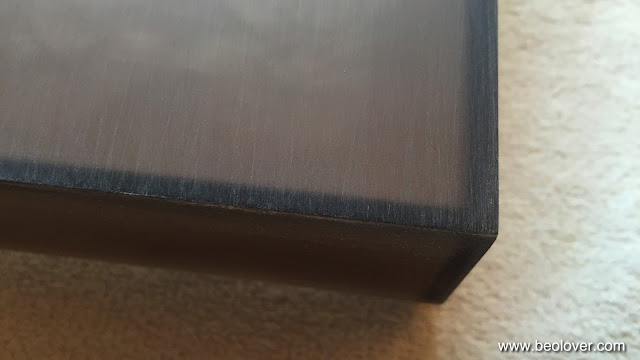 and 400 grit, the first wet-sanding step: 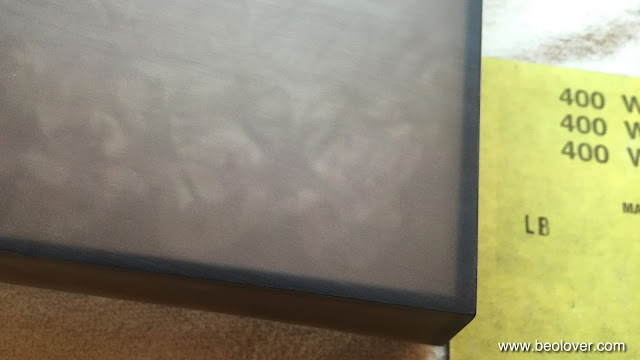 It starts getting clearer already, but a full treatment with Micro-Mesh is required to get back to a fully translucent state: 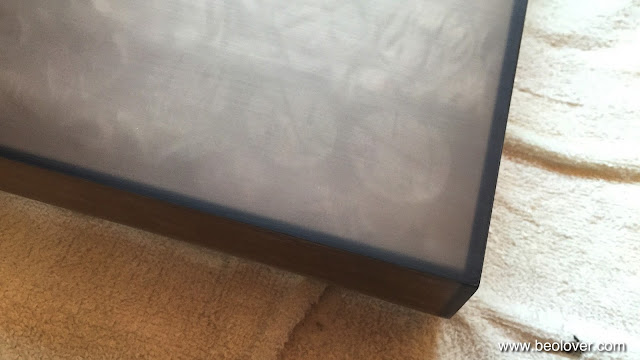 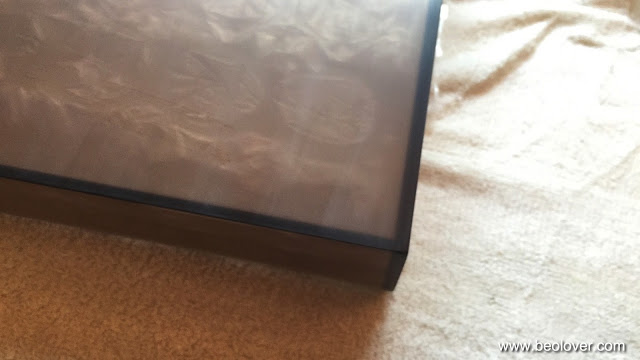 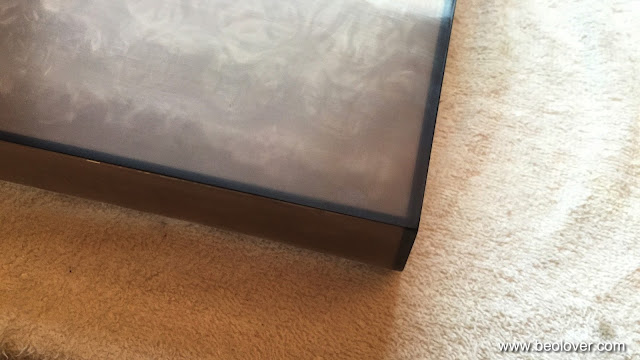 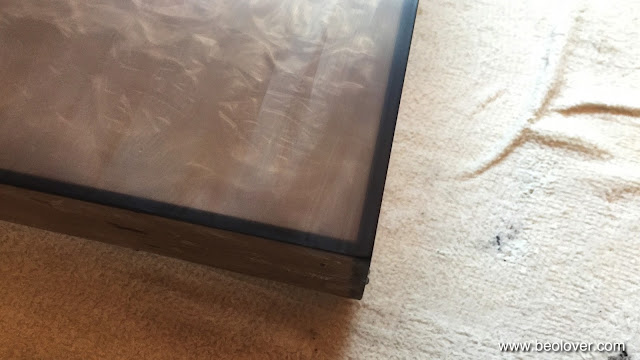 And finally after buffing it with polishing fluid: 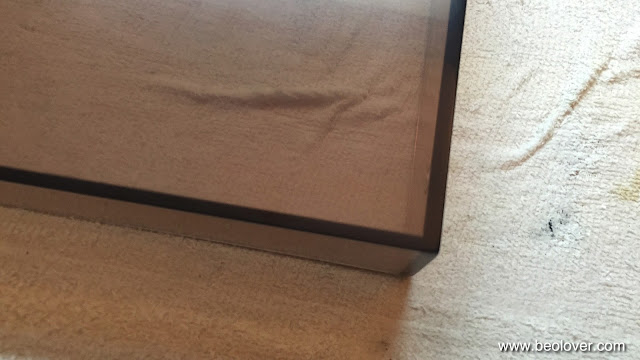 all good in the hood department now! A few more days of testing and this Beogram 4000 is ready for its journey back to Italy!