A happy moment in Beolover's lab: Just received a quite pristine copy of a 1976 recording of Herbie Hancock's "Secrets" album (Columbia CA 34280). Almost looks like it was never played. I just love this record. I think my favorite track is "People Music". It has some lovely spaced out sections with awesome 1970s analog synthesizer sounds (apparently on a "Maestro Universal Synthesizer System").
I decided to play this record on the Beogram 4002(5513) that I just rebuilt. It is connected to my Beomaster 6000 4-Channel right now for testing. The Beogram is still apart since I am waiting for a RCA pseudo-balanced cable from Sounds Heavenly to complete the job. This beauty will be used on a McIntosh pre-amp that has RCA inputs. Anyway, here are a couple impressions of my bliss: 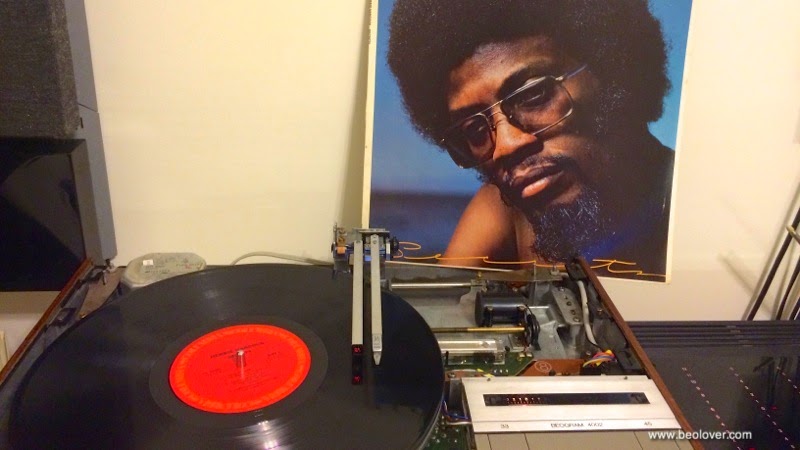 Note the nice almost-parallel alignment of the tone arm relative to the sensor arm: 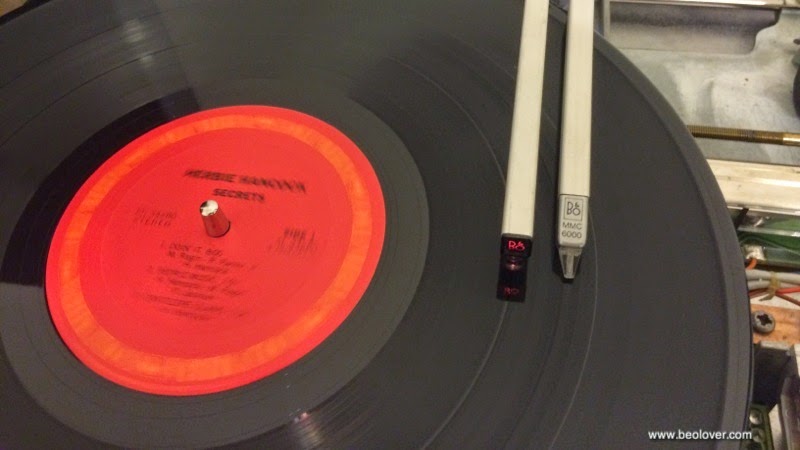 The tracking mechanism rebuild with my latest iteration of the light bulb replacement fixture seems to work great. Everything is very stable. Definitely an improvement over my earlier approach.