Beogram 4002 (5513): Replacing the Electrolytic Capacitors on the PCBs

I started rebuilding the Beogram 4002 (5513) that recently was sent to me. Today I exchanged all electrolytic capacitors on the PCBs with 105C grade capacitors (I only use capacitors from major Japanese manufacturers such as Nichicon or Rubycon sourced through proven suppliers such as Newark or Mouser). The procedure was uneventful, except for finding a dried spider including web below the PCB, and the realization that there are at least two different solenoid circuits used in the 5513 series.

Here is a picture of the main PCB in its original condition (the spider is in sector B1..;-): 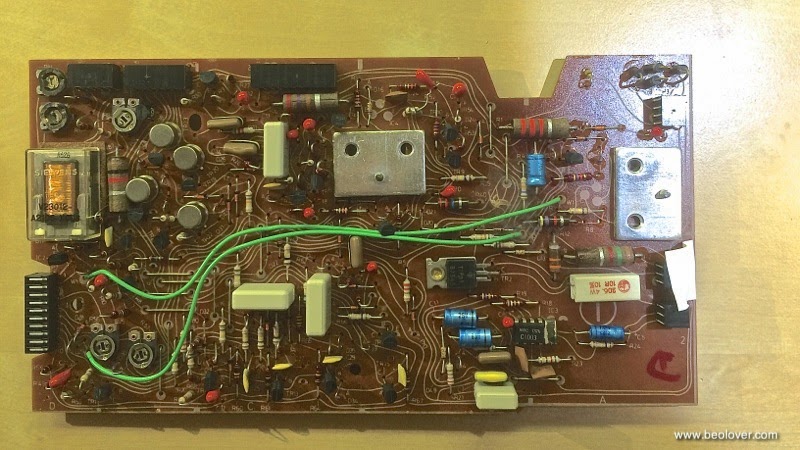 Sector B1 also contains the circuit modification (probably done during a tune-up 'back in the day'): 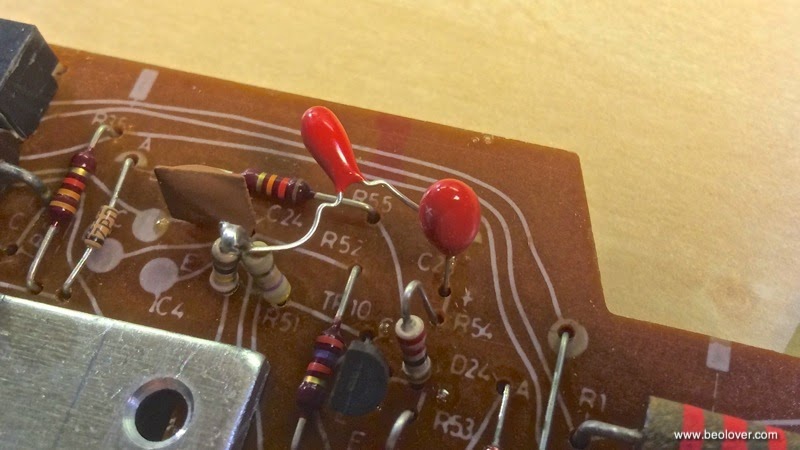 The PCB before this modification had this configuration of the solenoid circuit: 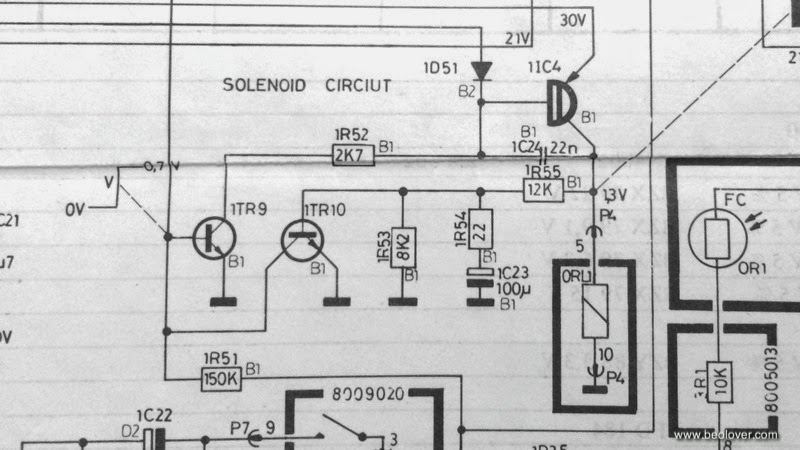 The modification updates it to 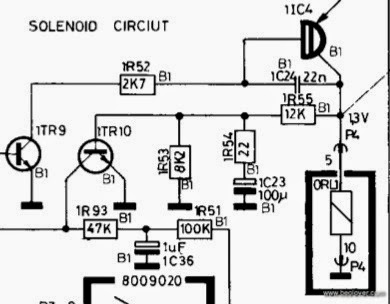 by adding a time delay by splitting the 150k of the original R51 into 47k (1R91) and a different 1R51 at 100k and 1 uF capacitor 1C36. It seems there was some kind of 'spontaneous' arm lifting or lowering that needed to be quenched by inserting this delay (the right side of R51 connects to the 'electronic switch' of the Beogram, i.e. this is one of the two lines that triggers the mechanism). I rebuilt the modification when I inserted the new capacitors: 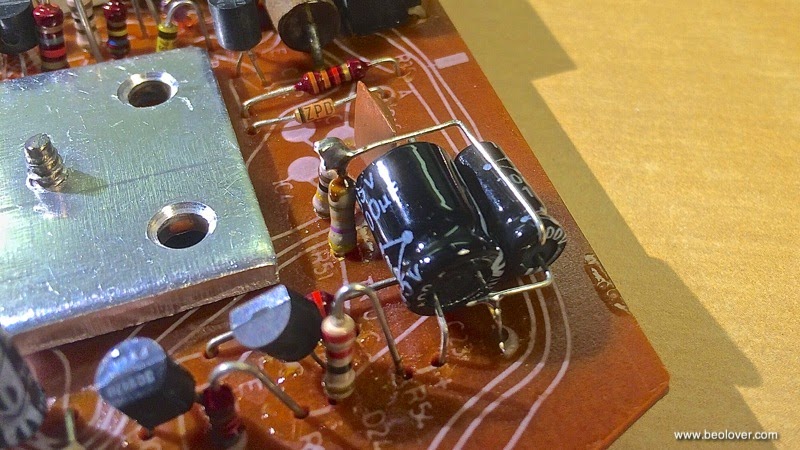 Here is a shot of the entire PCB after renewal (including the original capacitors): 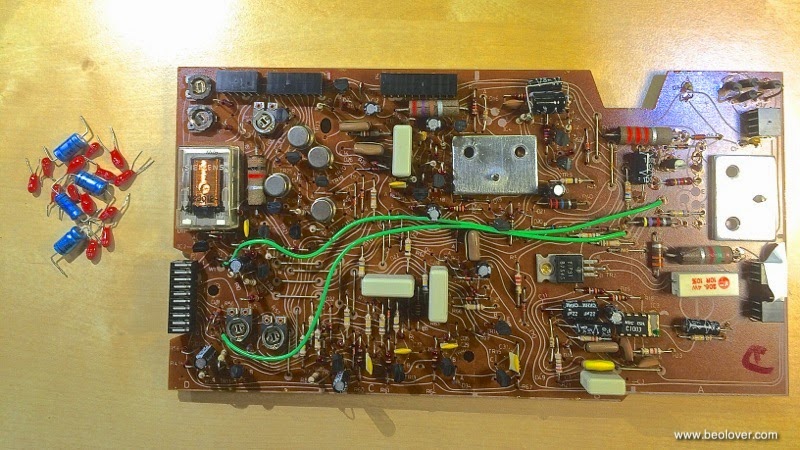 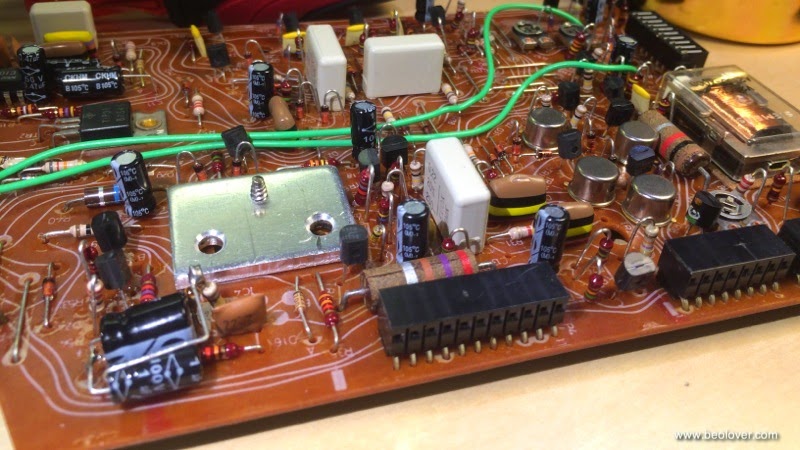 The only other PCB that has electrolytic capacitors is the output PCB (#8). The 4002/5513 only has one capacitor that needs replacement on this board: 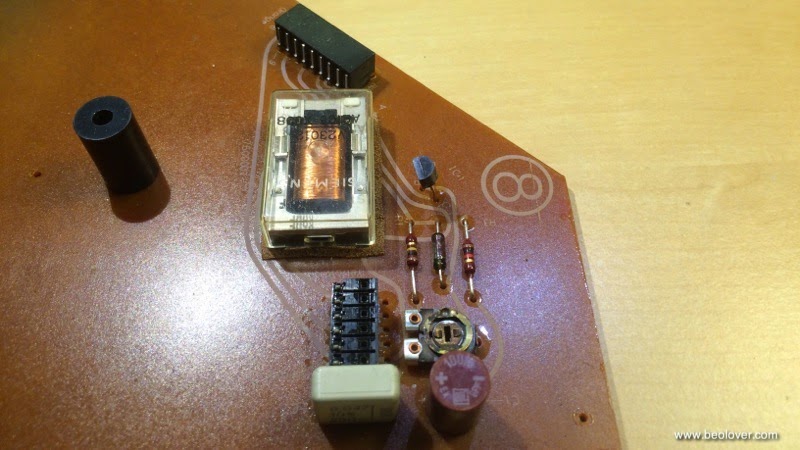 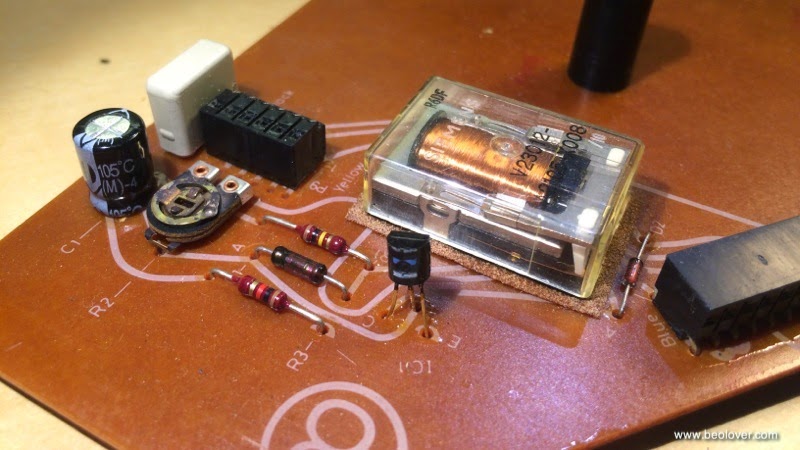 On to the speed selector bulb replacement!