Beogram 4002 (5513): Power Supply and Replacing the Reservoir Capacitors with a 3D Printed Fixture

I appears that Bang & Olufsen manufactured at least two different versions of the Beogram 4002 (5513) model with regard to the power supply. It seems that all of them were designed with a potential upgrade to a CD4 set-up in mind, i.e. the output board that normally only contains the output relay could be exchanged with a board featuring a pre-amplifier and CD4 decoder. As far as I can tell at this point there were two methods to supply the CD4 board with power: One way was to connect it directly via P4 on the main PCB to the 30V power rail. These models only have a simple 4000uF reservoir capacitor.
The Beogram that I am currently rebuilding has it differently: It has a separate supply fed from an additional winding in the main transformer that has its own bridge rectifier and 1000uF capacitor. Here is the pertaining part of the circuit from my annotated Beogram 4002 diagram: 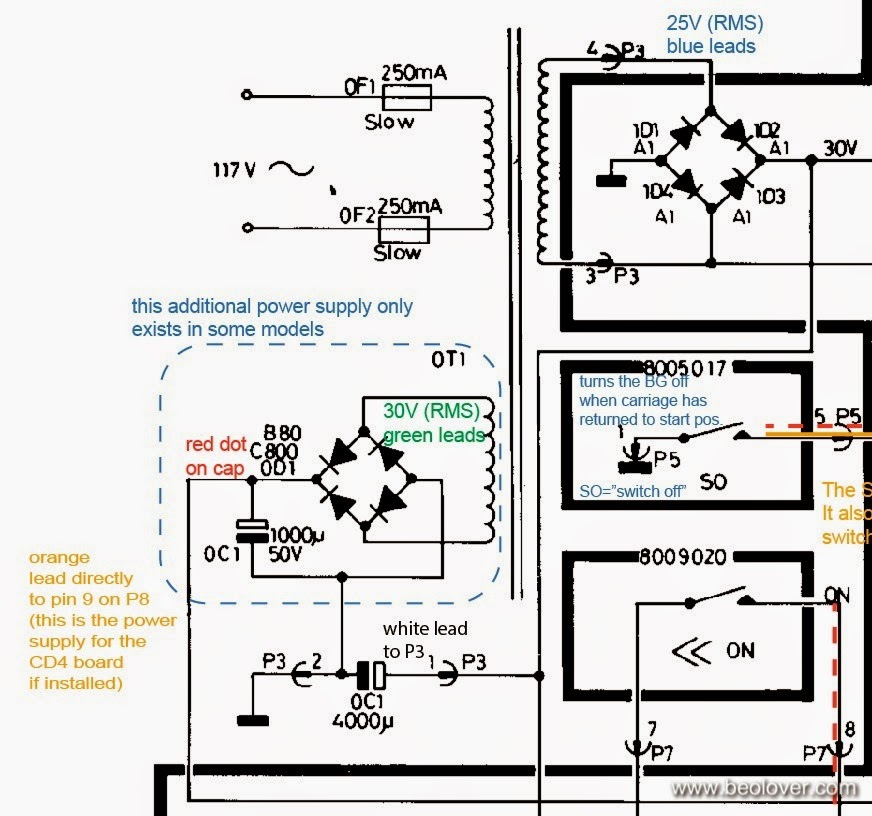 The dashed line indicates the additional CD4 power supply. The unit was outfitted with a special capacitor that combined both the 4000uF main capacitor with the 1000uF CD4 capacitor in one package. Here is a picture of the original unit: 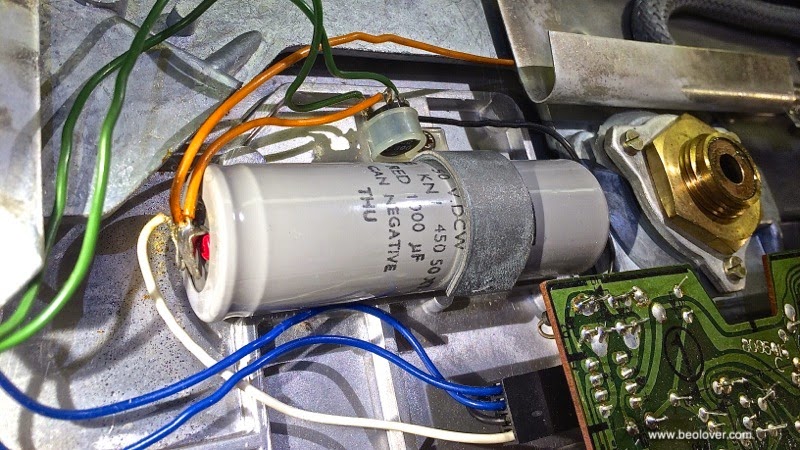 The GND contact for both capacitors is at the bottom of this unit. The contact at the front with the red dot is the 1000uF capacitor, while the second contact (white lead) connects to the 4000uF section of the capacitor. Of course, this type of capacitor is no longer available, which prompted me to replace it with two separate 1000uF and 4700uF capacitors to complete the recap of this Beogram. The question was how to mount them in the single bracket that held the original capacitor. I solved this problem by designing a 3D printed part that would fit into the bracket while housing the two individual capacitors. Here is a picture of the fixture (would you like it in red or blue??): 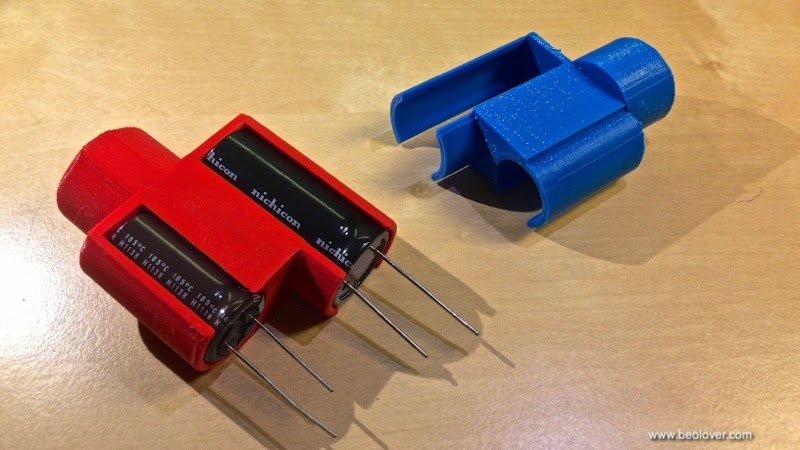 Here is a picture after installation: 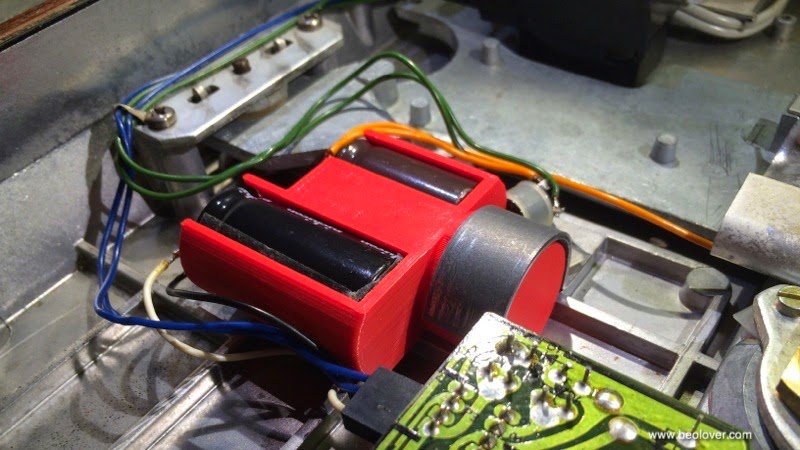 And from the front: 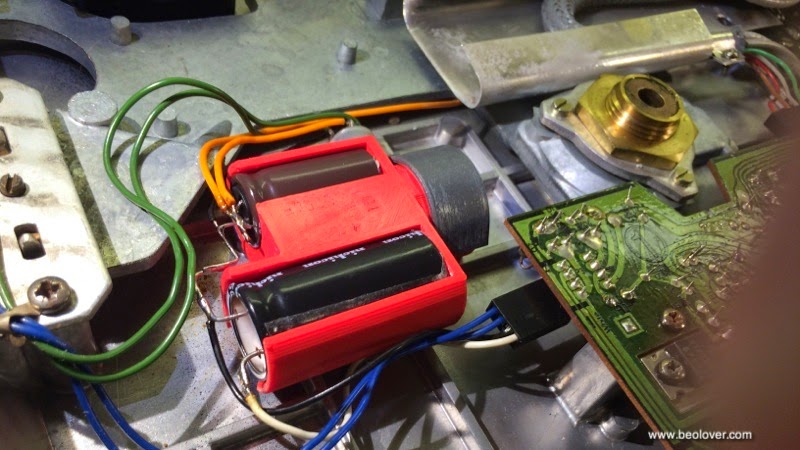 And a detail pic of the wiring: 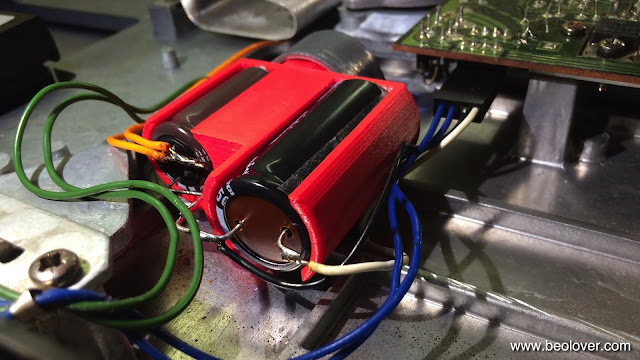 Of course, I could have abandoned the 1000uF cap and the CD4 power supply altogether since there is probably little chance that this Beogram will ever be upgraded to CD4. But my philosophy is to keep these units original and fully functional, hence I desired to keep everything intact (so that, once time machines are common, we can go shop back in the 1970's and get a CD4 board, and a few nice quadrophonic records...;-).

If you are interested the 3D printed adapter is available including fitting capacitors...just send me an email.