Once the tape mechanism was extracted from the Beocord 5000 (4715) that I am currently rebuilding it was time to replace the limp decaying original belts. I pretty much followed the procedure that I am showing in my YouTube video:

I improved the procedure in one point, however: I realized after doing it the first time that the alignment of the eject lever relative to the tape mechanism is crucial to get the proper action point when pressing the eject key once the unit is completely reassembled. Last time it took me quite a while to get this properly readjusted, since I only marked the position of part #256 ("lever") with a pencil, which was not precise enough. This time, I put a couple dabs of white paint where the part connects to the drive mechanism. Here is a picture: 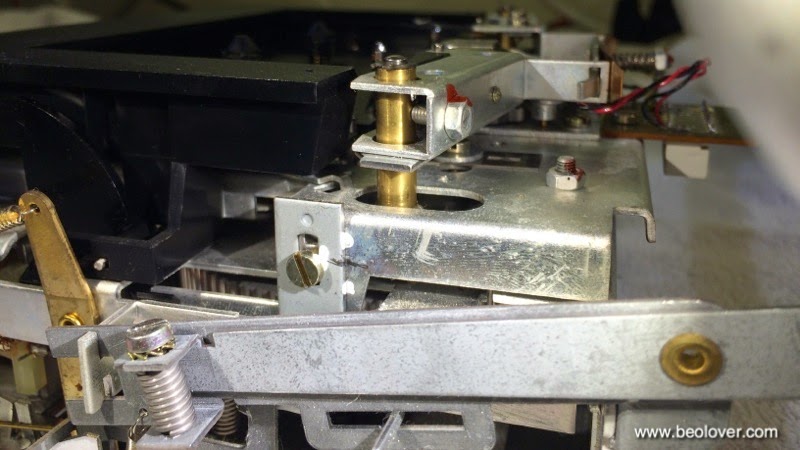 This resulted in a much more accurate reassembly once the belts were in.

Here are a couple pictures of the newly installed belts:
I did the bottom belts first: 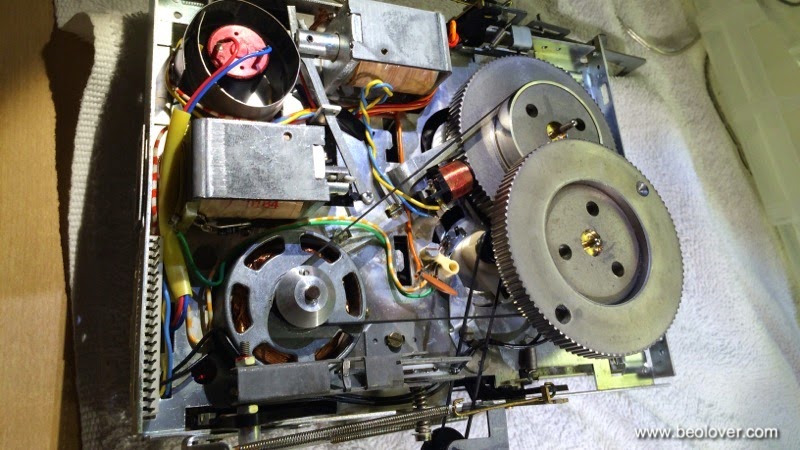 Here is a shot of the belt that drives the spindles and the free-wheeling mechanism. I also put a new light bulb in there - the old one looked pretty black, indicating little remaining lifetime: 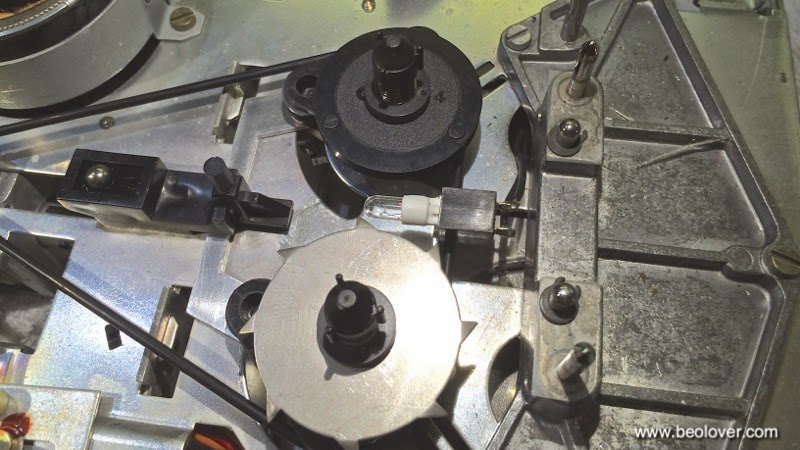 After I put the drive back together and plugged it in, it turned out that the take up spindle would only occasionally feel like doing its job, usually after a making a clicking noise. It turned out that the retaining ring that holds the spindle assembly together (part #173 on the schematic below) was not seated properly. This caused the axle to have to much play at the top (top part of sequence #168), which resulted in random disconnects from the second part from the top in #168. Since this part engages with the cassette tape, this caused the tape not being wound anymore during play. A crumpled tape was the result. Luckily, I expected such issues, and used an old unwanted tape that has already a bunch of crumply regions...;-). 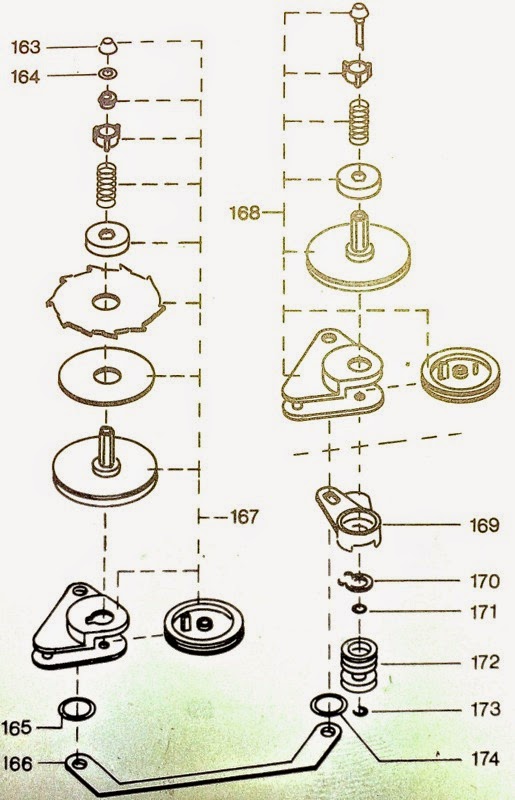 Here are a couple pictures of the part taken when I extracted it for inspection: 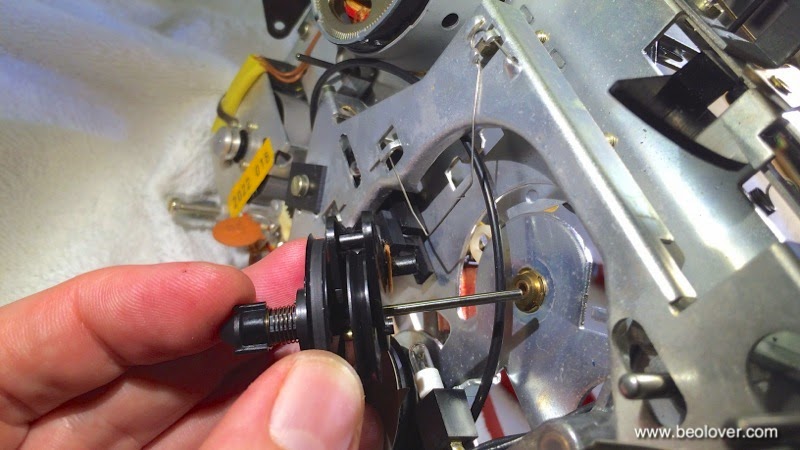 The small wheel at the bottom drives the counter, and is below the center plate of the mechanism. The above picture shows how I extracted the part after removing the retaining ring that holds the counter wheel in place, and the entire mechanism together. 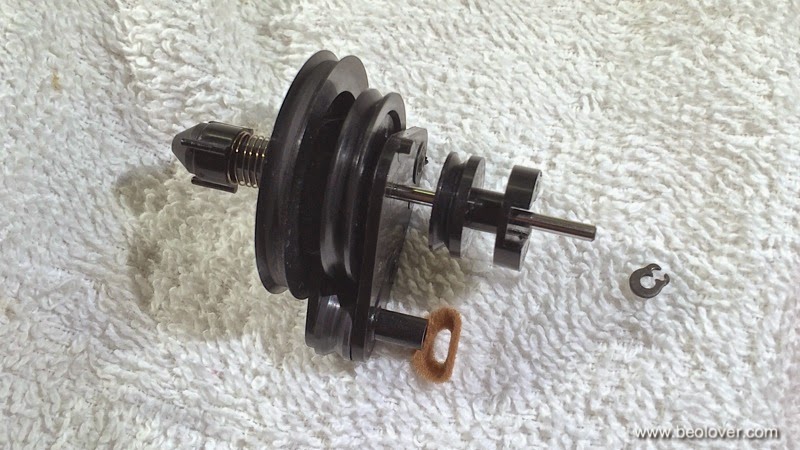 After I put everything back together a second time, the mechanism started to work normally. On to the recap of this unit.