Time to recap the Beocord 5000! Lots of tantalum capacitors in these units. I usually replace all tantalum caps with modern quality Japanese electrolytic caps. Tantalum capacitors can catch fire if they go with a short circuit due to the strongly exothermal reaction that Ta performs with oxygen, i.e. it is a good idea to replace them all at this age (~35 years). In the 70's Ta capacitors were used due to their much smaller size compared to same vintage aluminum based electrolytic capacitors. Today's manufacturing technologies allowed the Al capacitors to catch up in the size game, i.e. modern Al cans can have a similar footprint as the 1970s Ta capacitors. Therefore, there is no reason anymore to replace Ta capacitors with Ta models.

Here we go: A picture of the Preamplifier board before recap. All the small blue dots are Ta caps...: 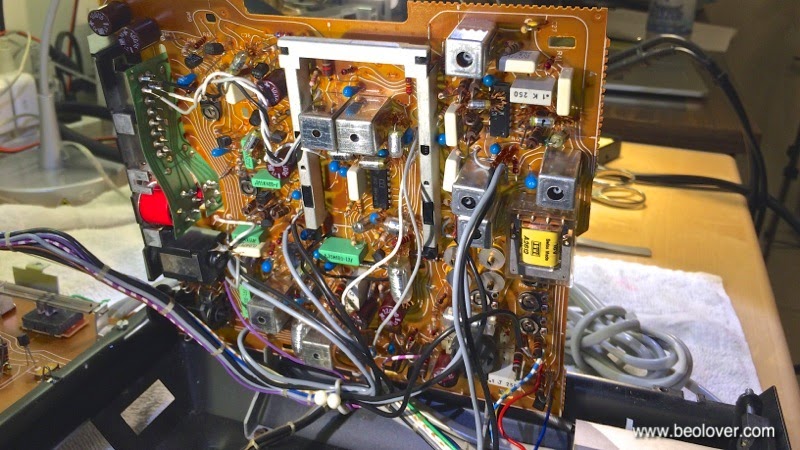 And here after exchanging them - looks much more boring due to the black color theme of most modern electrolytic capacitors. I would love if they came up with more colorful components again! 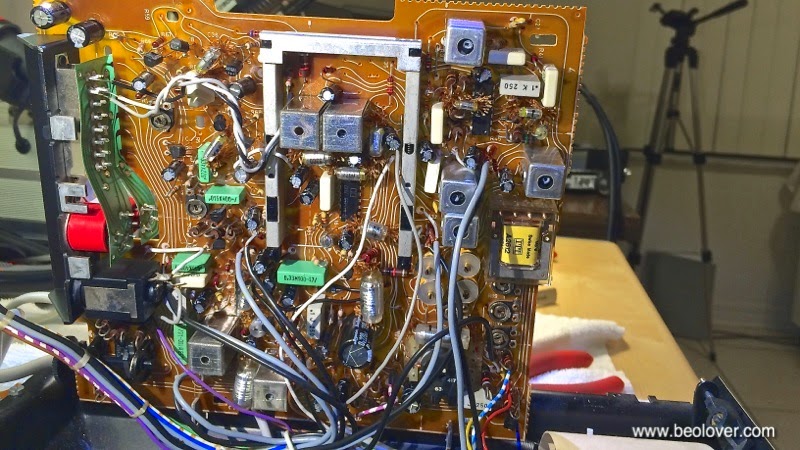 This is a photo of the 'Radio Amplifier' board before recap: 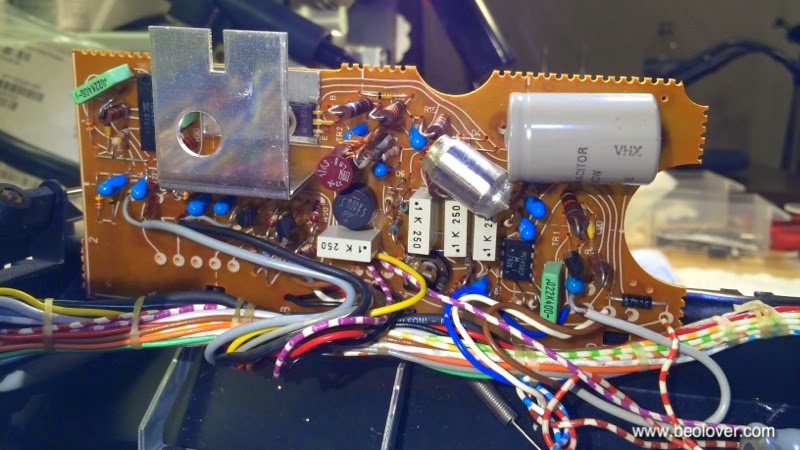 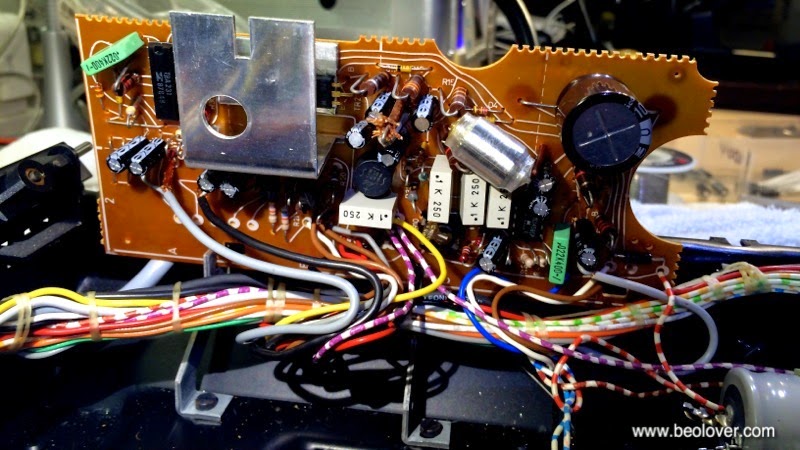 Tomorrow, I will do the remaining boards and the reservoir caps of the power supply.