I recently developed a remote control receiver that plugs into the keypad connector socket on the main circuit board of Beogram 4002 (5513 model) turntables. I have been testing it now for a few weeks, and it works very reliably. So it is time to post about it. 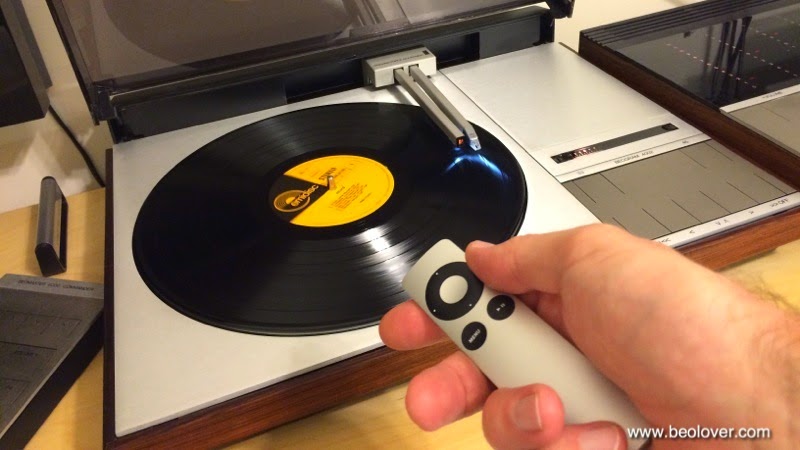 The implemented receiver board takes over the keypad without interfering with it, i.e. the Beogram can still be operated as usual via the keypad. I decided on using the latest Apple IR remote control that still comes with the Apple TV. I was attracted by its sleek aluminum surfaces, which match the 4002 style well. The sparseness of its buttons also almost perfectly matched the application at hand.

My main motivation for the development of the remote system was to preserve my perfectly restored keypad from wear and tear. In addition, I always thought the cueing function of these Beogram models could use a bit of improvement. For my taste the "<" and ">" buttons result in too slow cueing if one wants to skip a couple tracks, while using the "<<" and ">>" buttons requires quick action to stop the movement with either the "<" and ">" buttons or the tone arm up lift button. This makes it difficult to effectively place the arm at the start of a certain track.

The implementation of the remote control allowed me alleviate this issue by programming a dynamic cueing function that automatically switches to the higher cueing speed after ~2 seconds of pressing the cueing button, and that also automatically terminates when the button is released. This makes it much more straight forward to precisely hit the transition groove between two tracks.

I made a video demonstrating the remote control. It also shows some details about the implementation of the receiver board:

The remote board is based on the Atmega 328p microcontroller (aka "Arduino"), which receives its commands via an integrated 38 KHz IR receiver (IRM 3638). The board essentially 'imitates' the pressing of keys via transistor networks that make 100ms connections in lieu of the switches. Since this is fully parallel to the keyboard switches, they keep working in this scheme. Here are a few pictures of the setup:

Bottom side of the receiver board. Arduino controller and male header that plugs into the keypad socket of the Beogram main PCB can be seen. The small SMD parts are the transistors etc...: 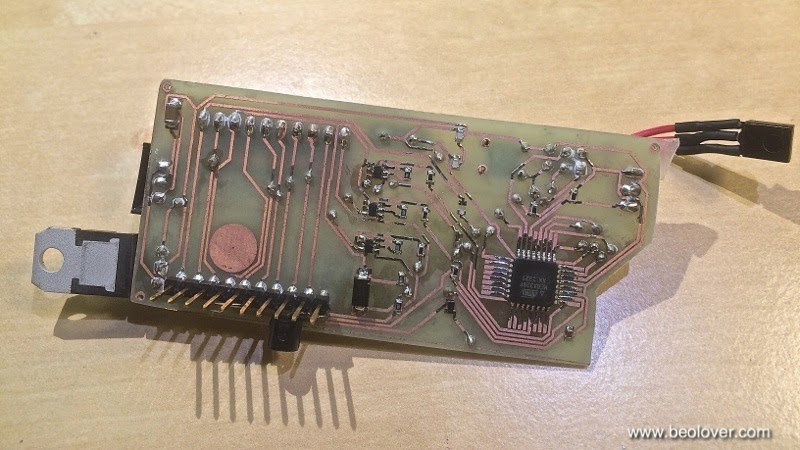 Top side of the board: The female header connects the original keypad connector: 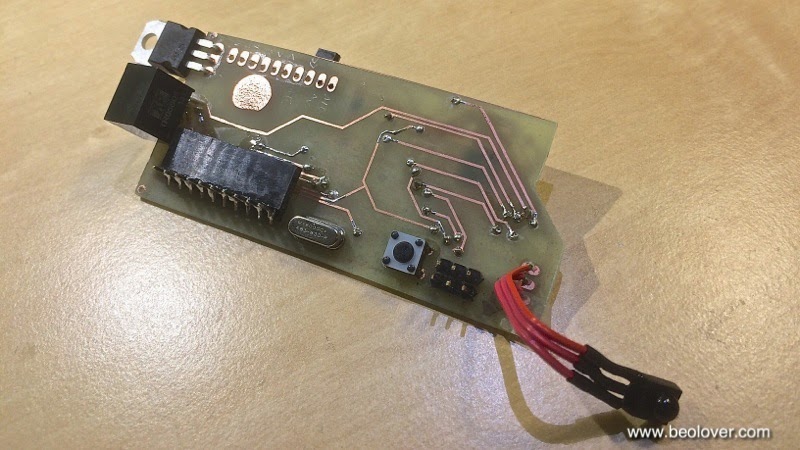 This shows the board installed: 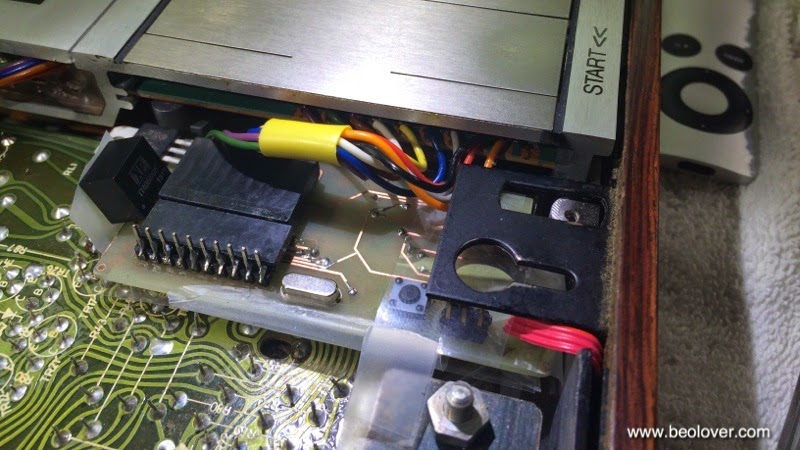 This shows the remote receiver as it peeks out from underneath the cabinet: 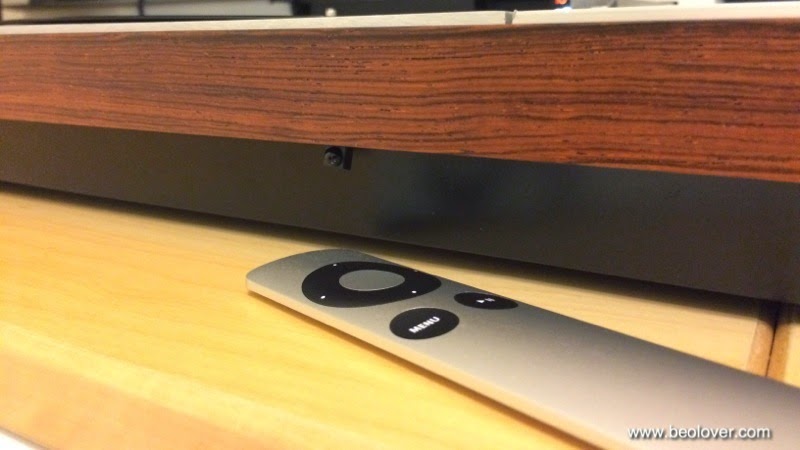 The next step of this project will be the design of a more professional board layout and get it manufactured instead of winging it with Fe-chloride, a laser printer and my wife's iron...;-). The issues with this prototype are for example that the in service programming port conflicts with the fixture that receives the standoffs of the top aluminum panel (hence the strip of plastic over it in the above pic - I was lucky that I could still install the panel...;-). Also the remote receiver connects a bit too far to the right, also interfering with this fixture...obviously, I did not consider its existence when I designed the prototype..;-). I also would like to have some more space for the keyboard cable, i.e. the female connector could be moved a bit further away.
In the meantime, back to my current restoration projects!
Posted by beolover at 11:26 PM