Beogram 4002: Replacing the Detector Arm Light Bulb with a LED

The Beogram 4002 that I am currently rebuilding also needed a new light bulb in the detector arm. The previous owner had done a poorly executed 'repair' attempt, and ripped out two wires from the detector arm lamp assembly, while also bending the photo cell backwards - unbelievable what some 'experts' are coming up with. Here is a picture of the assembly as I saw it the first time: 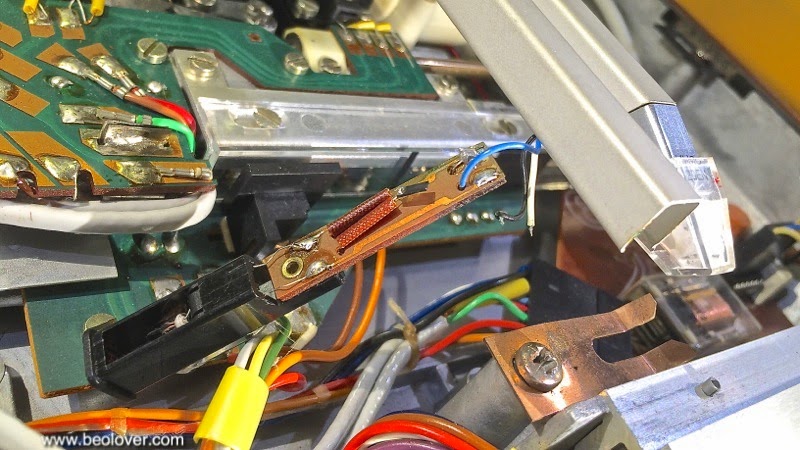 For comparison I pulled the compartment out of the detector arm of my Beogram 4004, which is in a pretty good condition: These light bulbs are hard to come by and I also believe in LEDs as a way to get these units stable for another 30 years. So I decided to replace the light bulb with a small 3 mm LED.

This effort turned into an interesting experience, since on first try, I was not able to get the record detection mechanism working after I put in the LED with a 220 Ohm resistor. The turn table simply ignored any record that I would put on its platter.

Study of the circuit revealed that the original designers of this gorgeous piece of analog control electronics proofed the circuit against failing light bulbs (a failed light bulb would result in always detecting a record whether there is one or not, with potentially fatal consequences for the pickup). The much lower current in the LED resulted in a partial activation of this fail safe mechanism, which prevented the Beogram from auto-lowering its arm. This was fixed by replacing R36 with a 560 Ohm resistor, which resorted the original balance in the circuit.

I made a video about the entire process. The video discusses the detector arm circuit and explains how the LED exchange was performed:


Here is a photo of the final result: 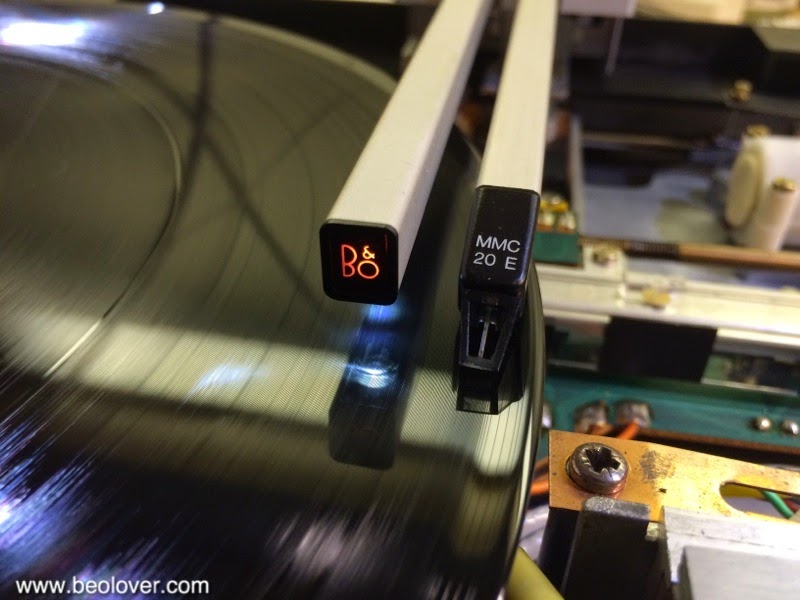