I looked into the Fader of the Beocord 5000 (4715) that is (was, hopefully) on my bench. It turned out that the contacts of the Fade In and Fade Out control buttons were strongly corroded. They simply did not make contact. I pulled a strip of paper coated with DeoxIT D100 through the contact pads, while pressing the buttons, and this cleared things up. The paper had nice black streaks of them, indicating a fair amount of oxide removal. I did the same with the other buttons, giving this deck an as-new user feel. Swift response whenever a button is lightly pressed...very nice!

This encouraged me to put the deck back together. But first I needed to re-glue the veneer on one of the corners of the wood panels. I used some wood glue that I carefully inserted in between the veneer and the particle board using a thin needle. This allowed me to avoid bending the veneer to much. Here are a couple of pics of the procedure. I used snippets of transparency foils to prevent accidentally glueing on the cardboard pads that I used to protect the wood from damage by the carpenter clamps. 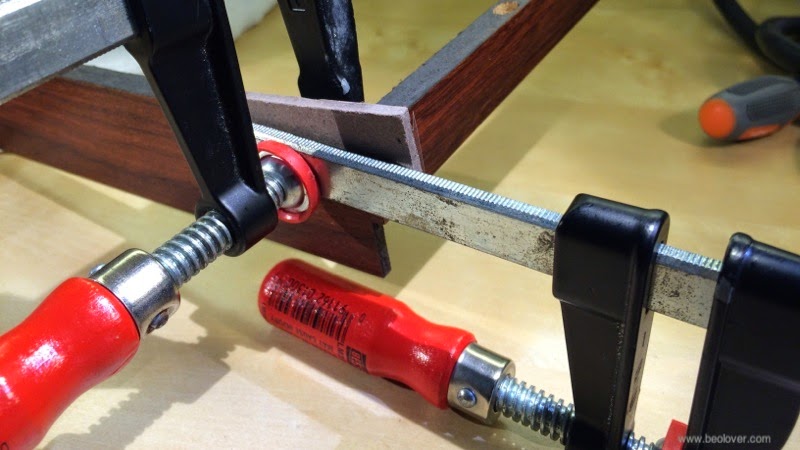 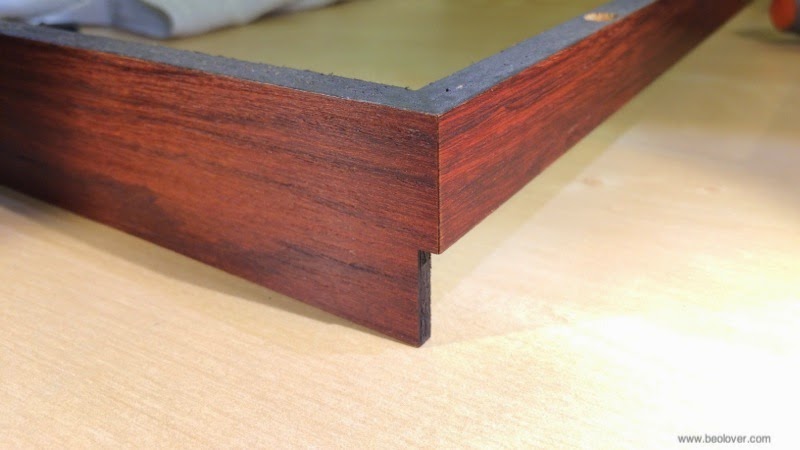 Once the corner was stabilized I put the wood panels back on the BC5000, and connected it to the Beomaster 6000 for a first tryout with the Beogram 4004. I taped Water Babies by Miles Davis, one of my all-time favorites of my vinyl collection. This went very well. There is almost no difference between the recording and the original. Also, the 'infamous' double capstan mechanism does not seem to have a problem...no eaten tapes so far, and the recordings seem to be very consistent. Here are a couple impressions of the kit in action: 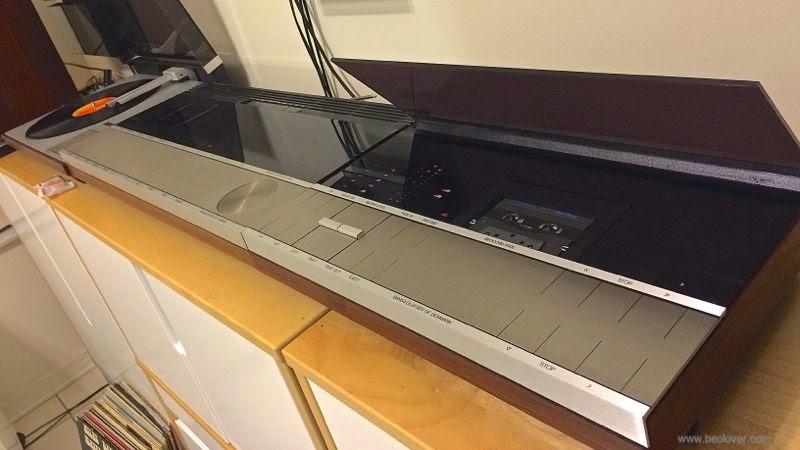 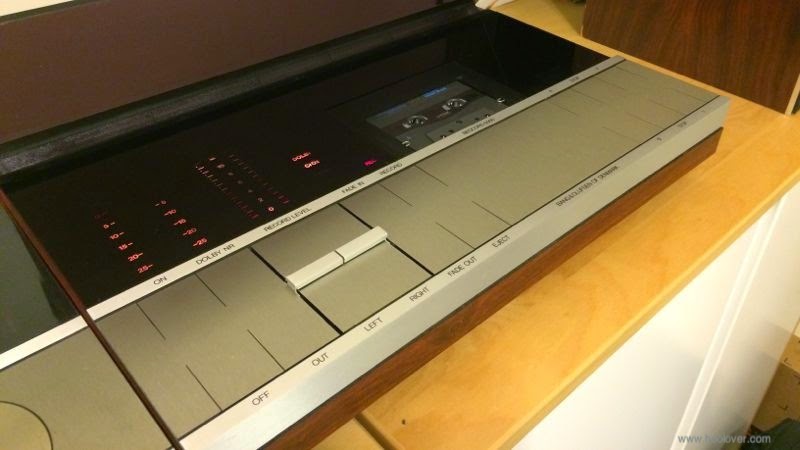 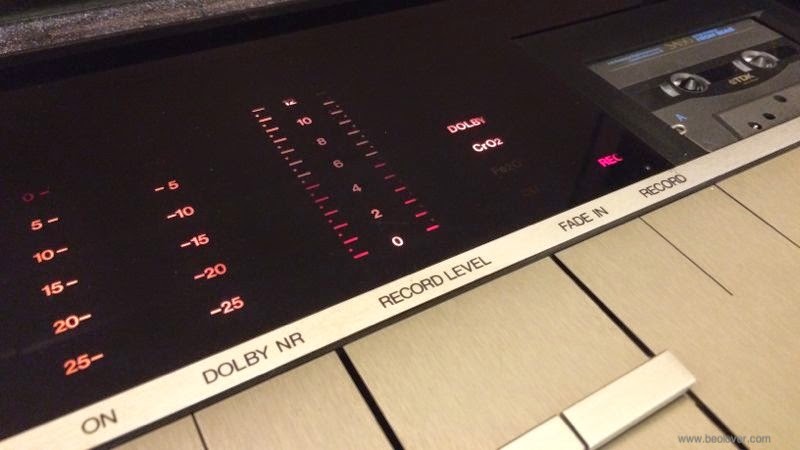 And a somewhat shaky GIF of the entire set-up while taping (it is pretty long and a linear sweep is pretty difficult with a cell phone...;-):