Beomaster 8000: Wire Bridges on Microcomputer Board (#9) and Broken Phono Jack

Before I put the Beomaster 8000 back together for a test-drive in the living room together with his play-pals, the Beocord 9000 and the Beogram 8000, I cleaned and de-oxidized all the contacts on the microcomputer board (PCB #9), and had a look at the inner sanctum, the EMI shielded processor cans. Usually one needs to re-solder the few vias that are on this board, since they tend to be poorly soldered...clearly in the 80's the PCB technology was not that advanced, yet. Anyway, what I found in this particular Beomaster was remarkable. Someone already had put in the B&O recommended wire bridges (and then some...), and they were directly soldered to the processor pins. Unbelievable! Here is a pic: 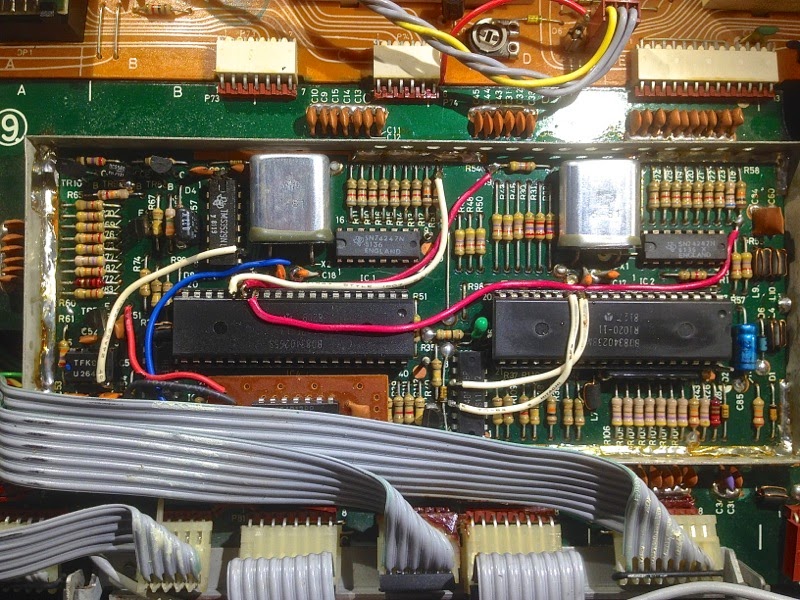 While the soldering appears to have been carried out with some capability, I would never do it this way...the only parts of the Beomaster 8000 that are truly non-replaceable are the microcontrollers that contain proprietary coding, i.e. one would have to extract the code from a working one, if one would want to attempt replacing it with a NOS chip...

Anyway, clearly, this needs to be left as is. I could not risk to expose those rarefied microcontroller pins to another heat-cool cycle. In a way, since the chips survived this assault, this solution is probably the most reliable...several fewer spring based contacts in between the controllers and their slaves...so I decided to just replace the two electrolytic capacitors on this board and move on.

Here is a pic after putting in the caps: 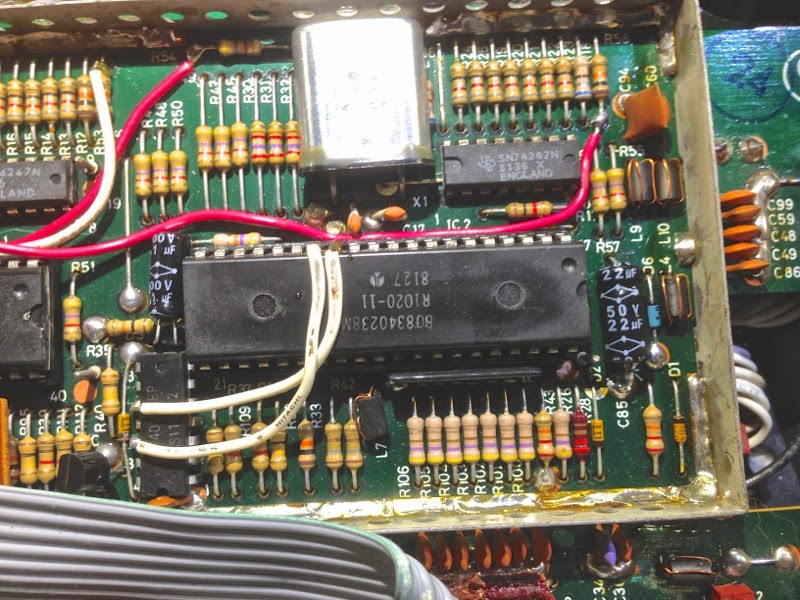 The last thing that needs to get fixed in this Beomaster is a broken phono jack in the 'socket panel' that lost its tabs that prevent it from popping into the panel when trying to plug in the Beogram: 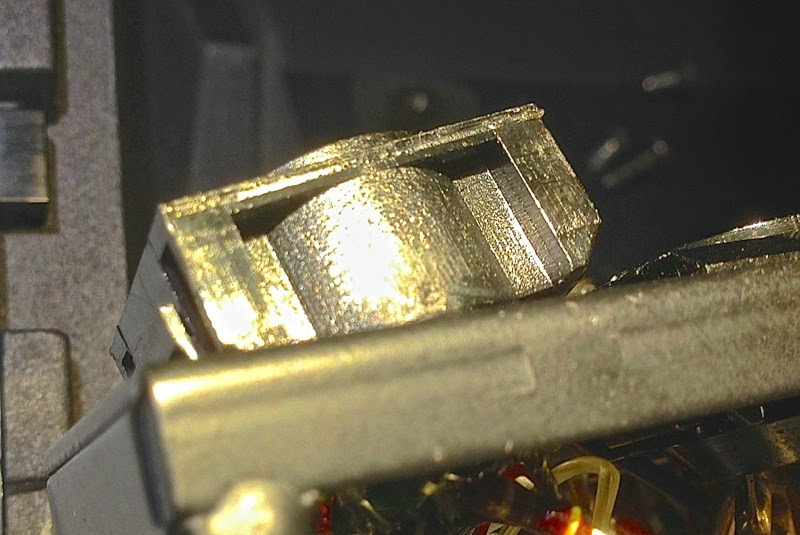 I am working on a creative solution, since not even Dillen of Beoworld.org has this part available.  He said it is rare, since it often breaks...Another day, another 3D print...;-)