After the displays were back in the Beomaster 8000, I remembered that the volume encoder wheel had lost all its damping. The picture below shows the backside of the encoder housing (this is actually from another Beomaster, I forgot to take a pic of the assembled feature). Together with the plastic 'clamp' an O-ring seals a compartment where a viscous material can be inserted to dampen the rotation of the encoder. In the case of volume adjustment, this is desired to avoid any accidental 'dial-up' of the volume by the inertia of the fairly heavy metal wheel (think having a party with many happy people interested in your Beomaster...;-). 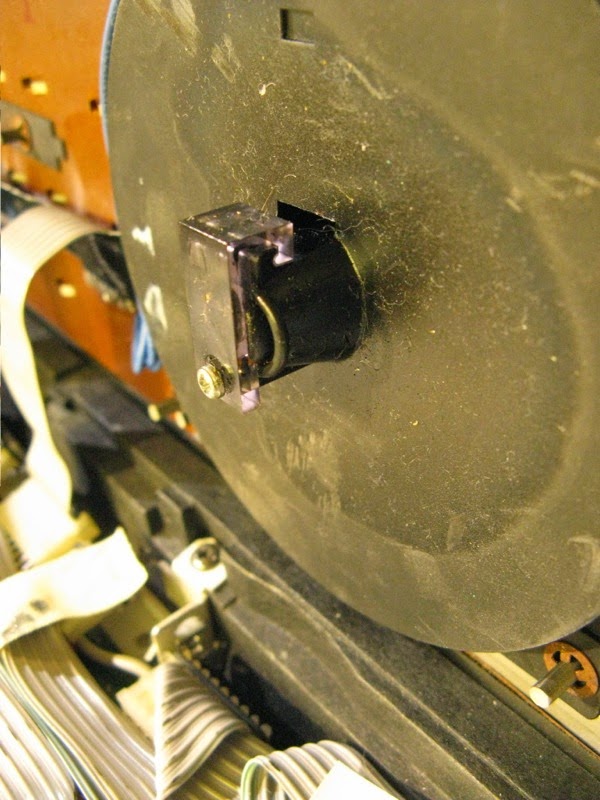 Geoff at Beoworld.org recently told me that he fixed the damping by putting in some high viscosity grease into the compartment, which worked great. So, I put in Silicone grease (which is the least problematic grease in terms of 'interaction with other materials', i.e. one can expect it to be inert in most settings). Here is a pic: 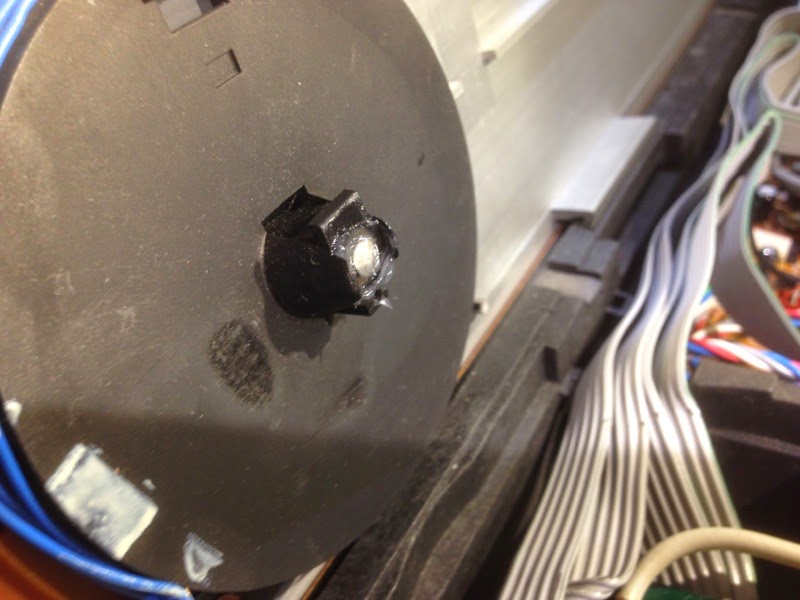 I also needed to replace the O-Ring. I used a Buna Nitrile 1/2"ID X 5/8"OD X 1/16"CS ring from theoringstore.com, which seemed to have about the dimensions of the old deformed ring.

This procedure resulted in a fairly well damped encoder.

Time to put the Beomaster back together!