I was not really happy with my recent Beomaster 8000 volume encoder damping restoration effort. So I tried a few more things on one of my own 8000s. I realized that the original damping must have been a very heavy damping grease to achieve a sensible damping of the volume wheel. I ordered a sample kit of damping greases from Nye. I tried out their highest viscosity type, 868VH, but this still did not yield a damping as strong as I would have liked it.

After some deliberation, I realized that torque is the issue, and I decided to increase the radius of the encoder shaft for a higher damping force. I found a piece of 3 mm silicone sheet in my stash, and I drilled a 3 mm hole into it, and then cut around it:

The irregular shape results in some added turbulence in the grease. When installed the piece spun freely on the encoder axis, i.e. did not rub significantly on the grease well housing. This ensured a smooth rotation-feel of the encoder, only damped by the viscosity of the grease.

Here are the pics after installing the silicone piece and adding the Nye 868VH damping grease: 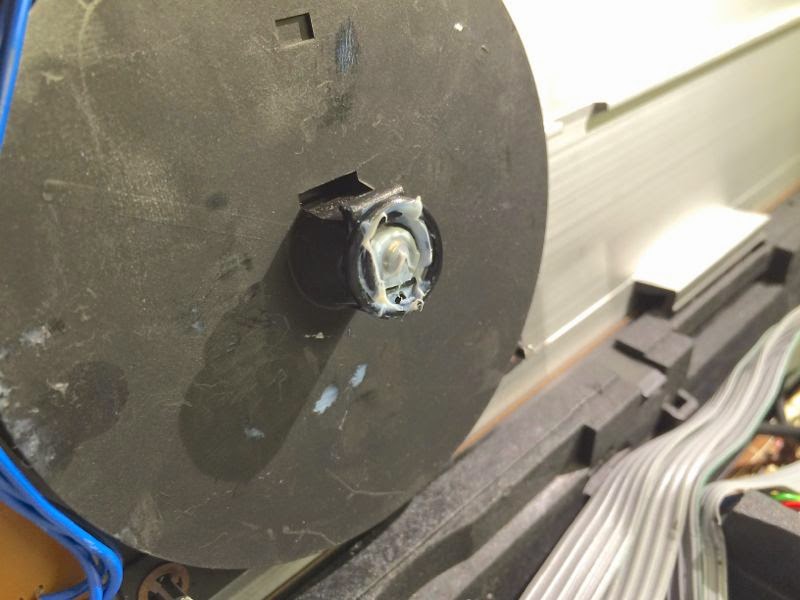 I pushed the grease in with a toothpick. Then I installed the cover and wiped the excess grease off: 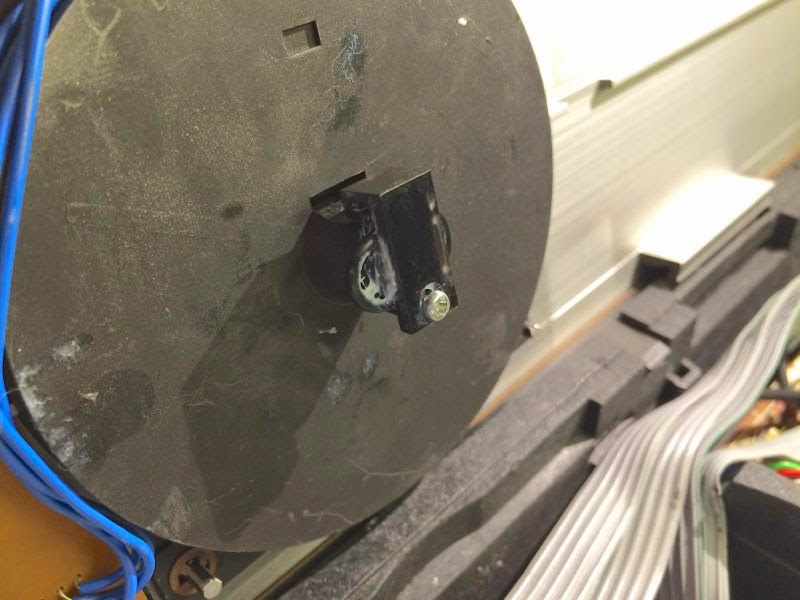 It is important to adjust the screw properly to hold the wheel in a position flush to the panel surface when it is installed horizontally. Make sure that the wheel does not scrape the housing when turned. The above procedure yielded a damping which reduced spin to about 0.5 rotation when giving it a pretty hard spin. Let's see how this repair fares over time....