I am almost done with the Beogram 4002 (5513) that I am restoring right now. One unusual issue with the unit was the detached carriage position sensor: 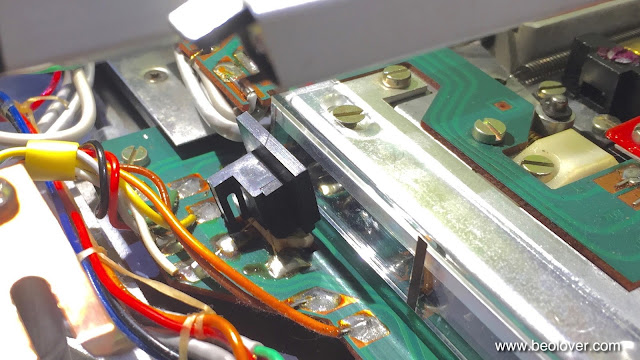 The sensor is in the black light shield that is seen 'hanging' at an off-angle. It needs to be vertical that the black sections on the plexiglass 'ruler' that is attached to the carriage can properly block the light coming from the IR diode that is behind the ruler. If the sensor is not close to the ruler stray light can enter causing instabilities in the carriage operation. In this Beogram this manifested itself by a non-working end groove detection. This particular mechanism is especially dependent on a proper positioning of the sensor since the mechanism depends on the step-wise charging of a capacitor until the 'STOP' function can be triggered. If the light is only partially blocked by the narrow end groove detection bars on the ruler the charging mechanism only works partially which can cause the voltage build-up on the capacitor to be too low.

I removed the carriage position PCB: 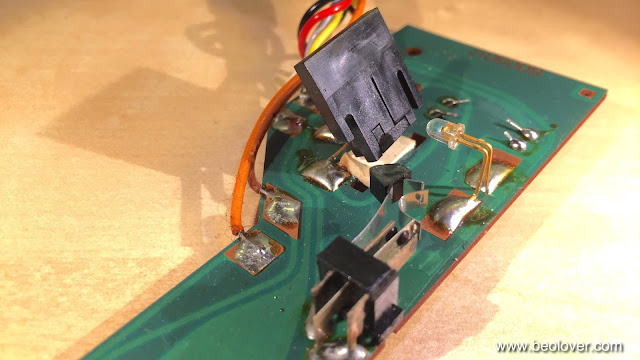 The sensor is seen detached from the double sided tape underneath. The IR diode sits right in front of the sensor, which is behind the narrow slit in the black housing.
I glued the sensor housing back on with a bit of epoxy and held everything together with a carpenter clamp until the glue bonded: 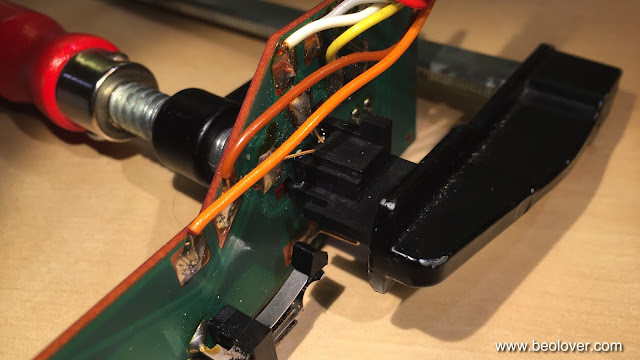 This shows the sensor after removing the clamp: 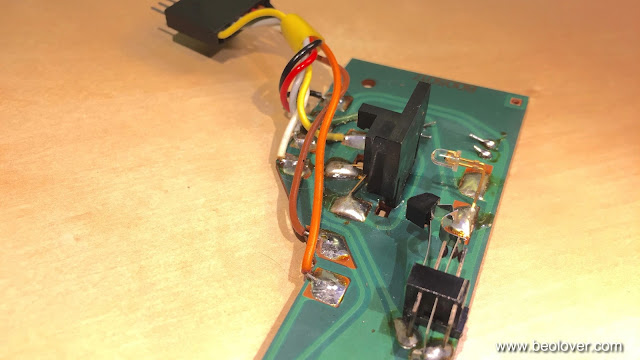 Then it was time to reinstall the board: 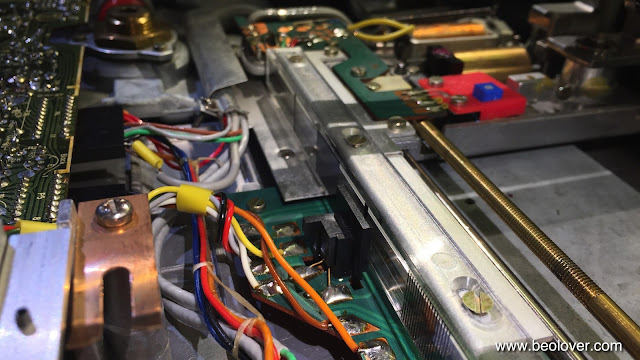 Now the end groove detection worked again. It is interesting to note that the other functions were working properly even with the detached sensor...