Today I extracted the newly arrived Beomaster 8000 from its original box. After I put it on the bench I opened it up. I usually do not turn them on before I rebuild the output stages to prevent burn out of the transistors due to open circuit quiescent current trimmers. I always enjoy my first look into a new Beomaster 8000! Always some new challenges. No different with this one. It came with the information that the frequency display is too bright relative to the others, and that the control panel cover latch is broken. What I found was pretty stunning...clearly another amateur restoration effort gone wrong. Here are some pictures:

The control panel latch lost both ends...pretty amazing, never seen anything like this. Raw forces must have been applied. Also note the gaps in the panel about half an inch to the right and 1/8th to the left...very strange! On to the display. The frequency display has clearly been tampered with. Note the glue smeared along the upper end of the red cover. Probably implemented the wrong LEDs in an attempt to cure a few dead segments. Or the amateur simply did not realize that modern SMD LEDs are brighter than the original ones, and that one needs to replace them in all displays and then needs to adjust the brightness to match the original appearance...I am curious what I will find underneath this display cover! 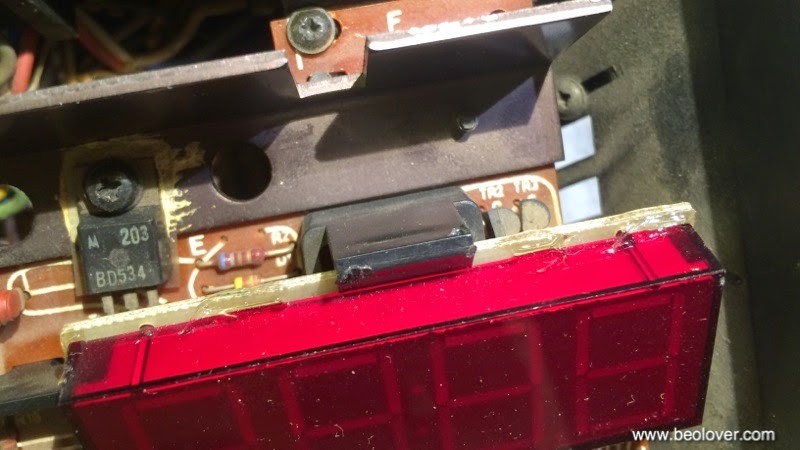 Even more strange is the 'melted' bottom clamp that holds the display in place (probably used his soldering iron trying to pry it out...I am shuddering while imagining this dilettante in action). He must not have realized that one needs to take out the entire display bar to get them out without doing damage. 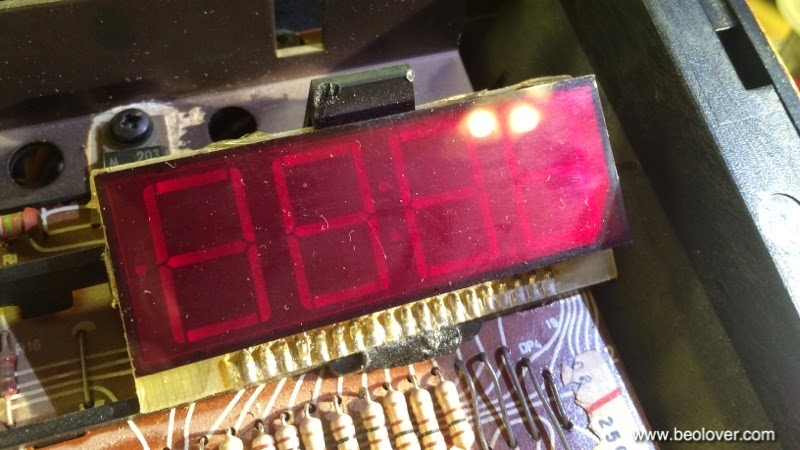 I also found the usual somewhat browned emitter resistors in the outputs, indicative that new quiescent current trimmers are of the order: And then there may have been a u-processor board upgrade for Christmas in 1994: 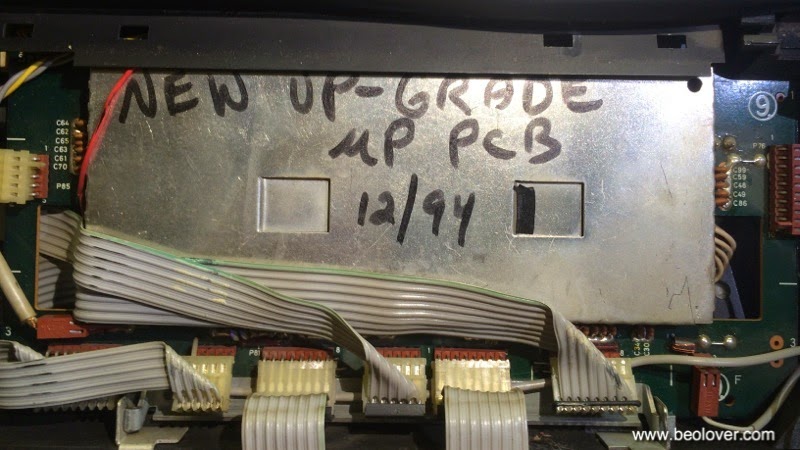 After all his great 'work' the dilettante also did a rush job putting the Beomaster back together:
I found this cracked control panel mounting tab...even the bottom part where the screw is held is cracked... 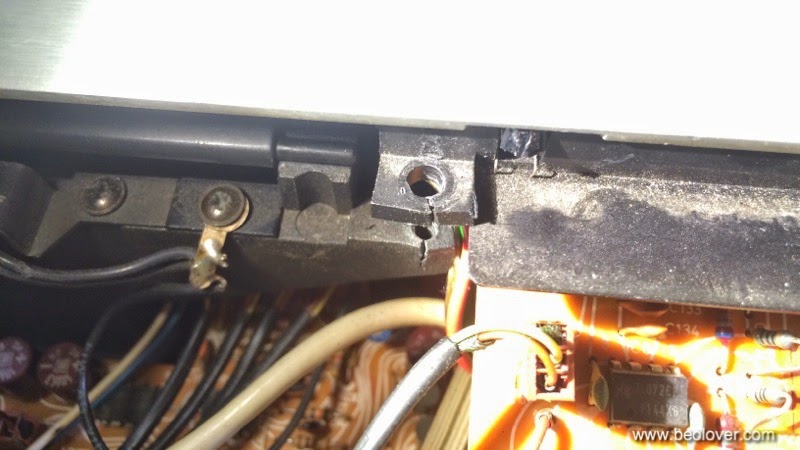 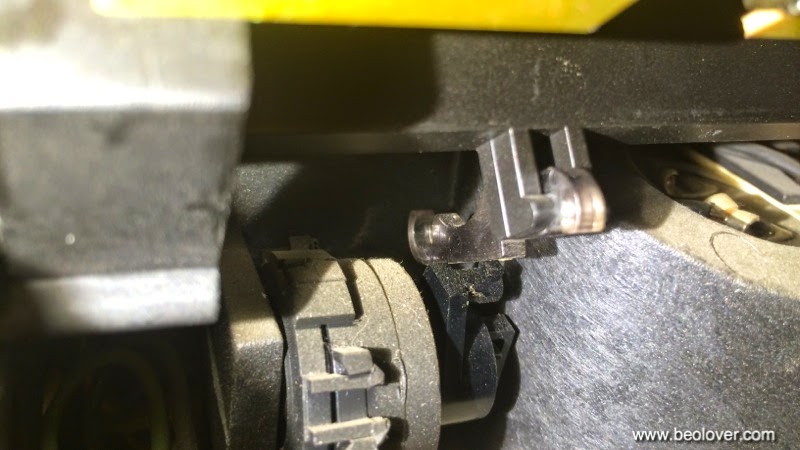 And finally: Loose screws that hold the heat sink cover down at the front: 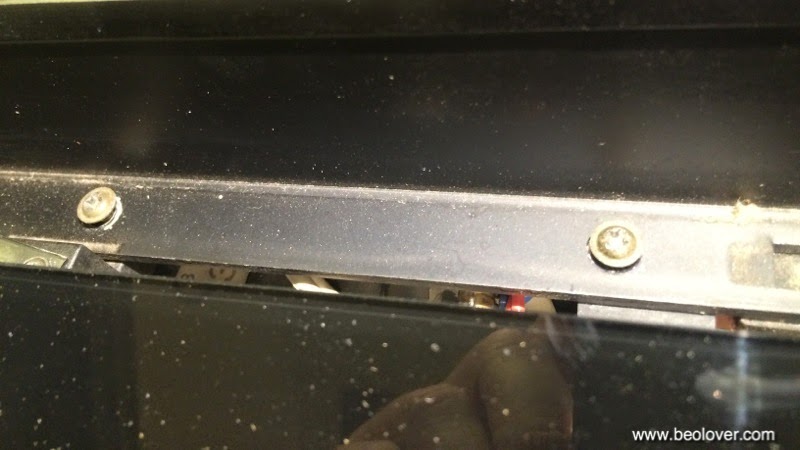