Beomaster 8000: Display Repair (III) - Putting the Displays Back Together

The SMD LEDs in the displays of the Beomaster 8000 survived the 24hrs stress test. So I put the displays back together. To date I always did this by glueing small pieces of transparency foil to the remaining 'stumps' of the red plastic cover, sort of trying to recreate the original situation where these plastic tabs were just melted a bit to seal the covers in place. See this link for more details.

I did not really like this approach since it made it difficult to get back into the displays if there would be an issue down the road due to the bleeding out superglue under the plastic pieces.

The Amateur's mess with the frequency display inspired me to try a new solution. When he re-assembled the display he used a glue gun to glue the displays back together. When I took this display apart, I was impressed how cleanly the glue came off by giving it a hard peel without doing much damage to the red cover nor the PCB underneath.

I took this page from Mr. Amateur's playbook, but improved it by a more precise application, and by using a black glue stick. This has the nice side effect that any LED light that wants to sneak out from underneath the mask/red cover will also be blocked. I only applied the glue on the sides, and used black tape to mask the front and the back to ensure darkness (the most critical spot is the stand-by LED, since it is glowing when the receiver is off, i.e. any trickling out light is easily visible in a dark room as a halo in front of the display... Anyway, here are a few pictures of the process: 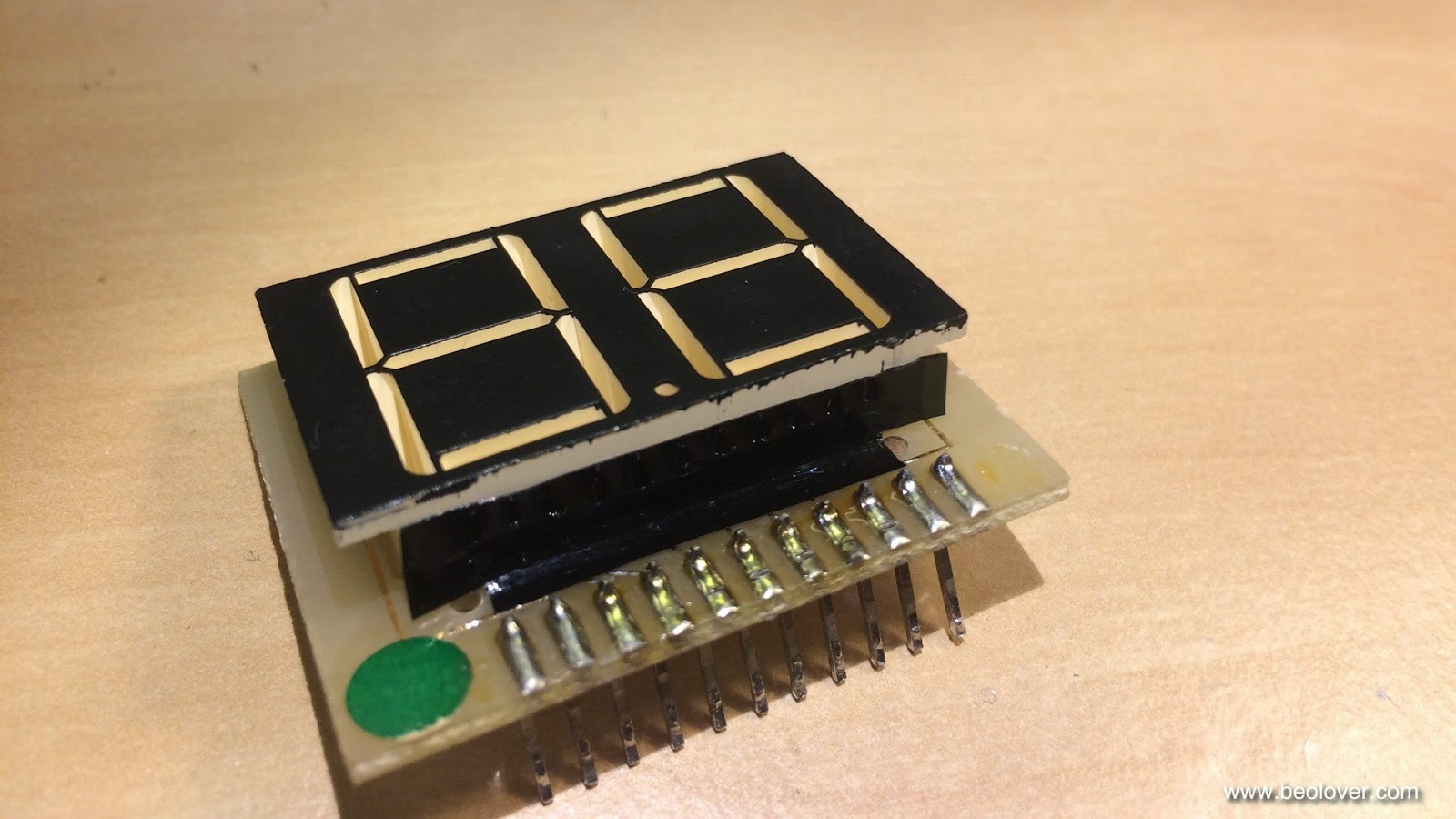 Clamped display with a strip of black glue applied. A solid strip like this can be peeled off in one piece with some effort (and strong fingernails...;-). This is a pretty strong bond, but completely reversible. I like reversibility, since one never knows what will happen down the road... 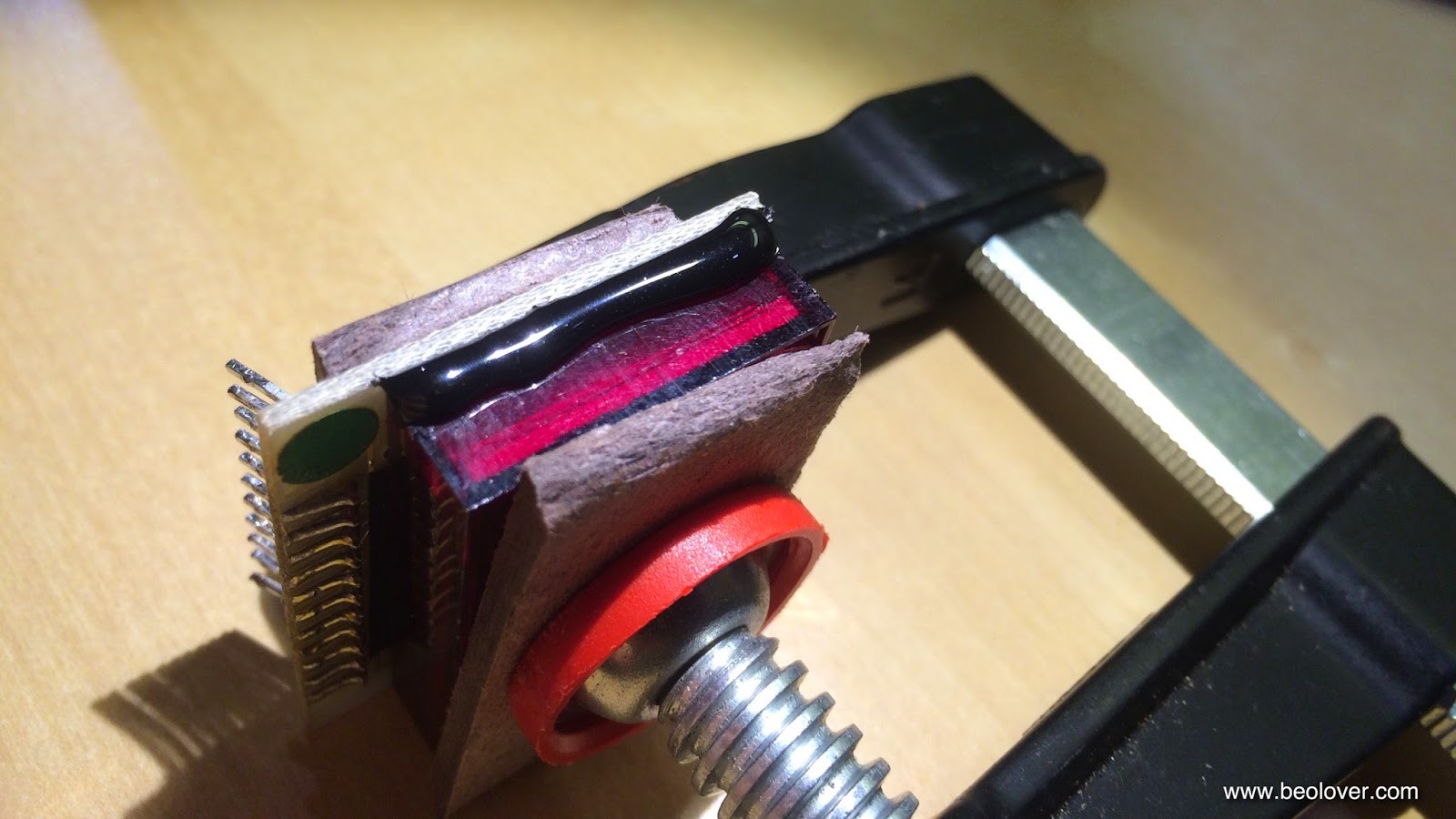 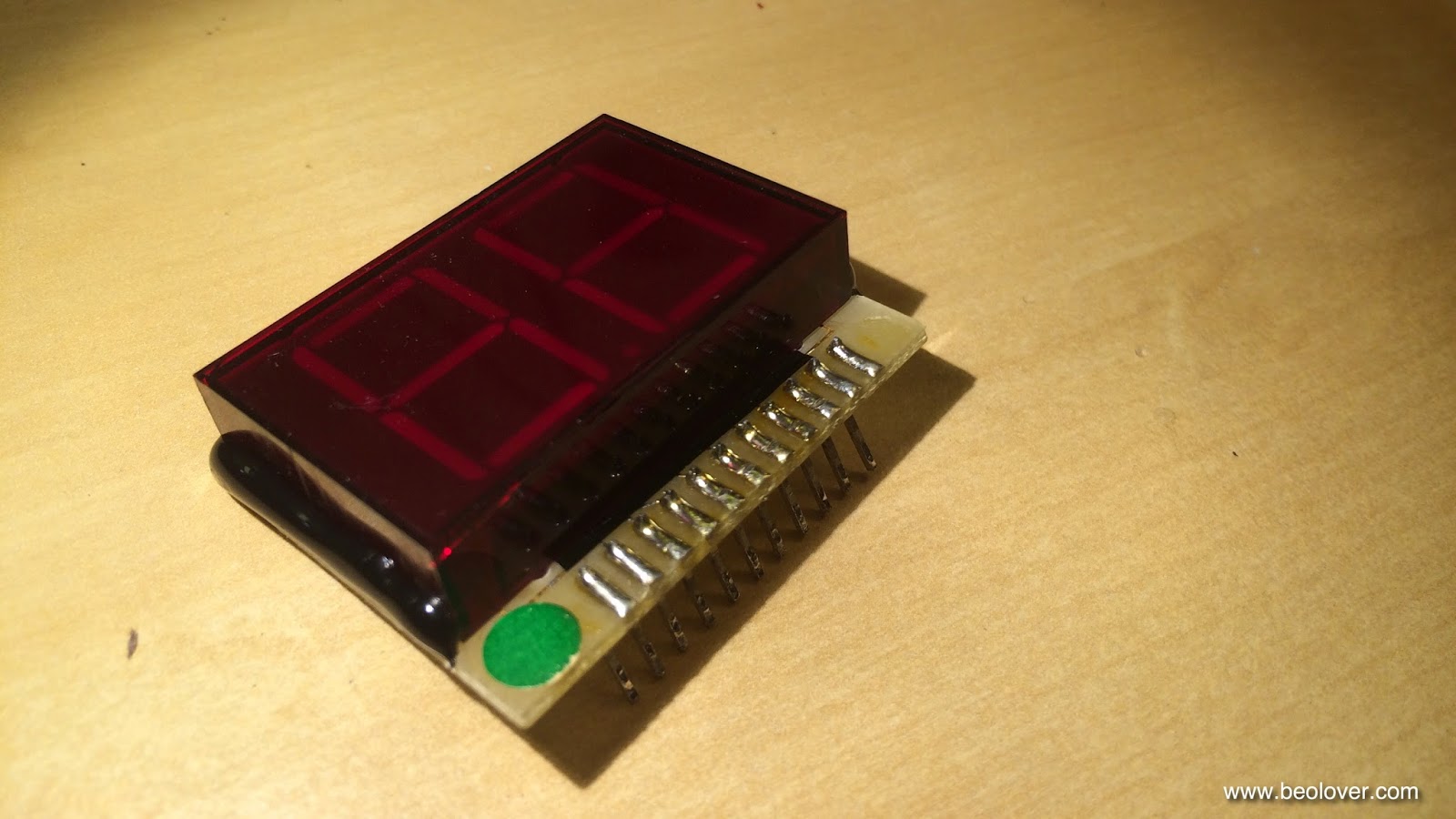 and back in the test fixture to see if all LEDs survived the stress of clamping etc... 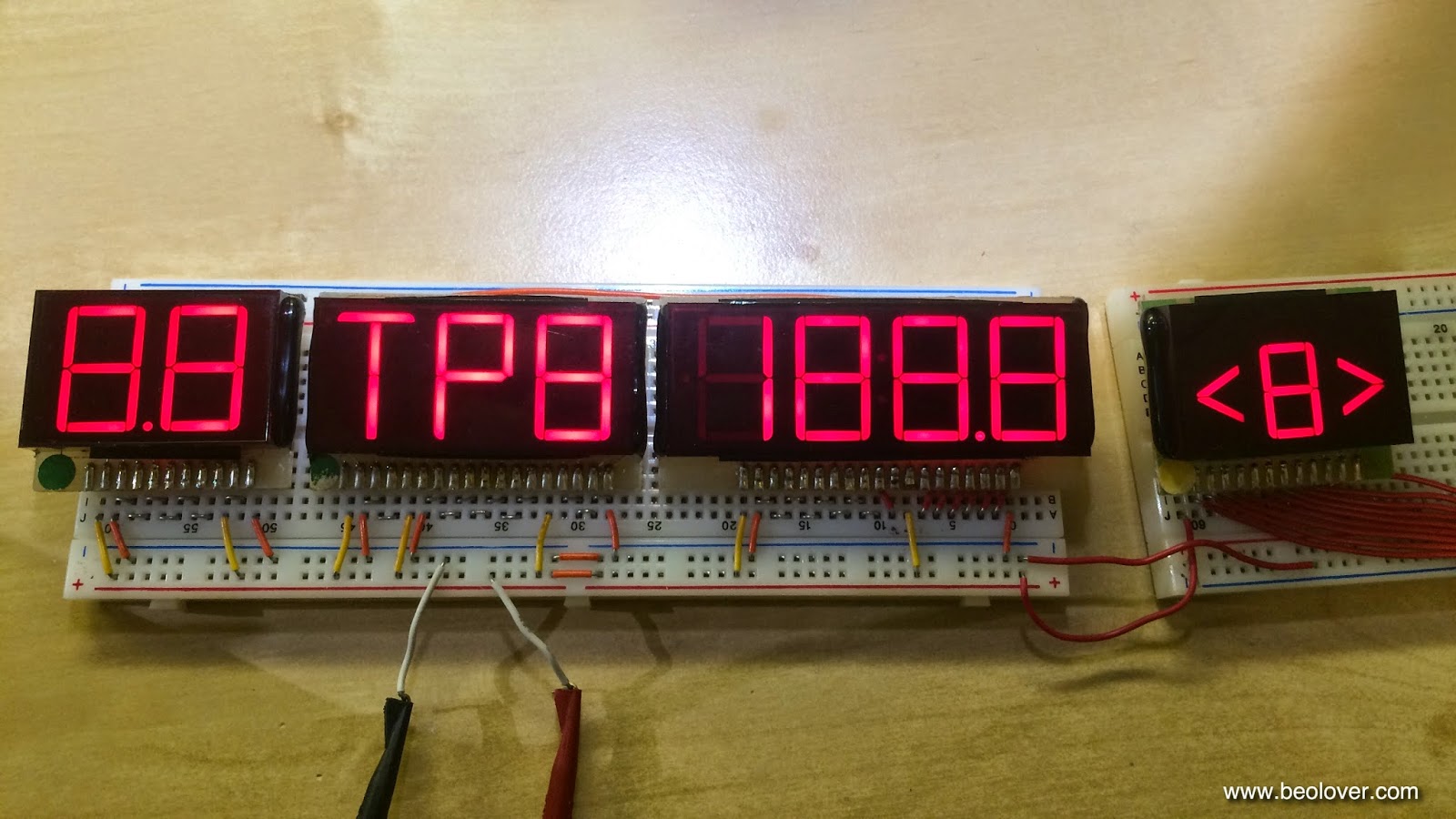 Time to put the displays back in...just received the 68 Ohm resistors today to reverse Mr. Amateur's attempt to reduce the intensity of his SMD LEDs. More about this in the near future...