Before going further with this Beomaster 8000, I wanted to make sure that the frequency display would be salvageable. So I took the displays out today and had a look:

Display PCB (#9) after removal from the Beomaster: 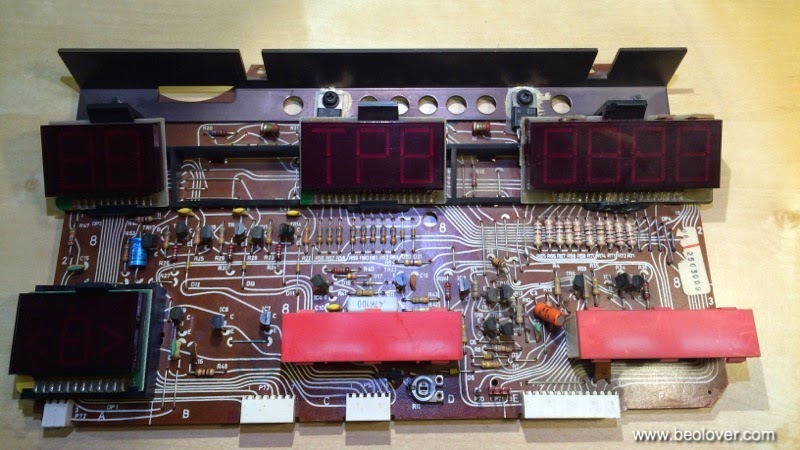 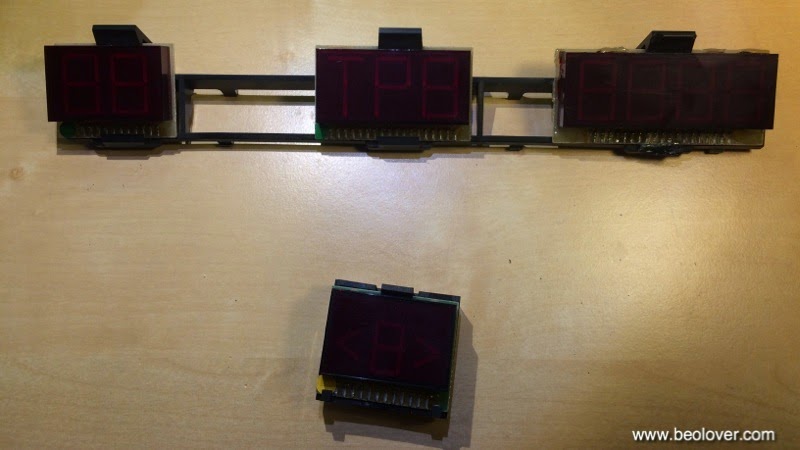 Here a picture of the frequency display after I opened it up. A beautifully messed up SMD soldering job! A true expert was at work! (actually, I have to admit this does remind me of my first attempts...;-). Unfortunately, I damaged a couple traces when I cut the glue off that Mr. Amateur used to put the display back together: 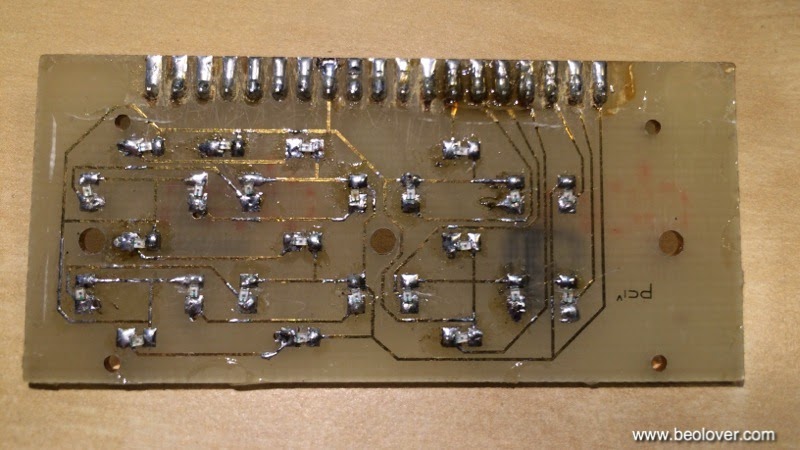 My rework station made it an easy job to clean this mess up. I also soldered small copper braid snippets into place where I damaged the traces. So, I am confident that this display can be rebuilt: 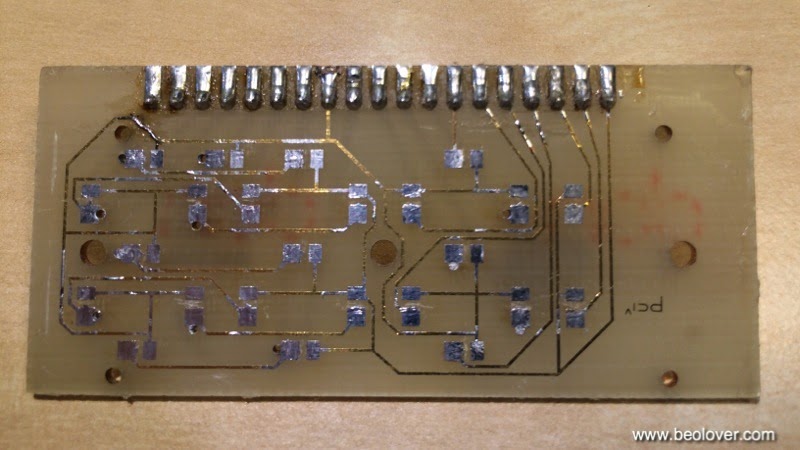 Upon further inspection of PCB #9 it became apparent that Mr. Amateur also tampered with the current limiting resistors since he probably noticed that his display was a bit too bright. Here a couple pictures of his work: 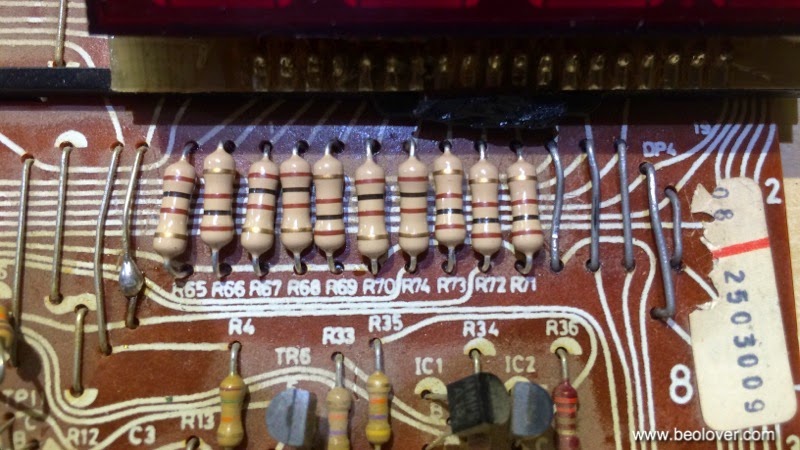 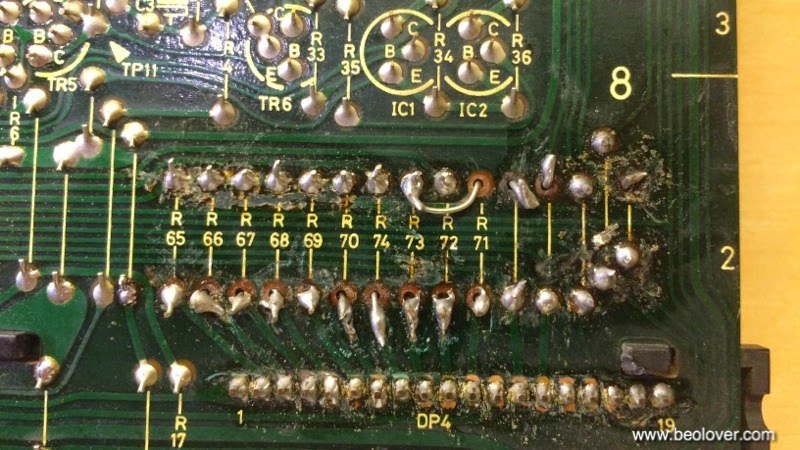 He should have practiced a bit before getting into this! I ordered a few proper 68 Ohm resistors from Newark to replace his 100 Ohm values. Soon this will all be back to normal (except a few minor scars...;-).