I continued the recap of the current Beomaster 8000 restoration project. Yesterday, I did the preamplifier and FM tuner PCBs. Not much spectacular to report, just a bunch of new 105C grade Japanese capacitors replacing the aged and partially cracked 1980s types. Here are a few impressions: 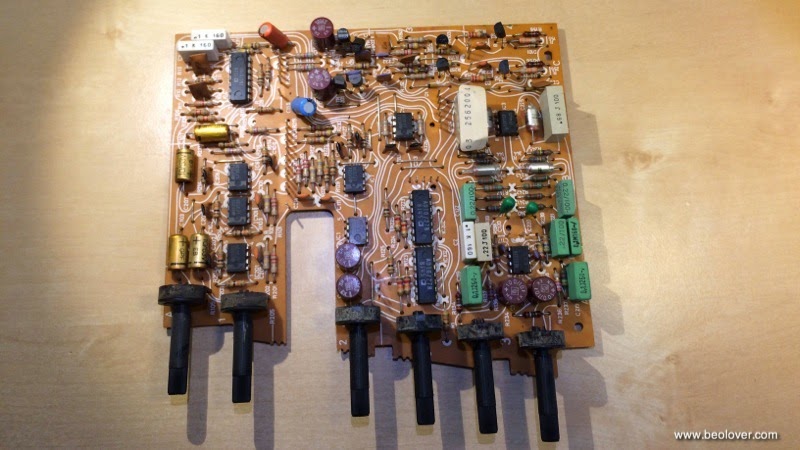 And after replacement of the capacitors: 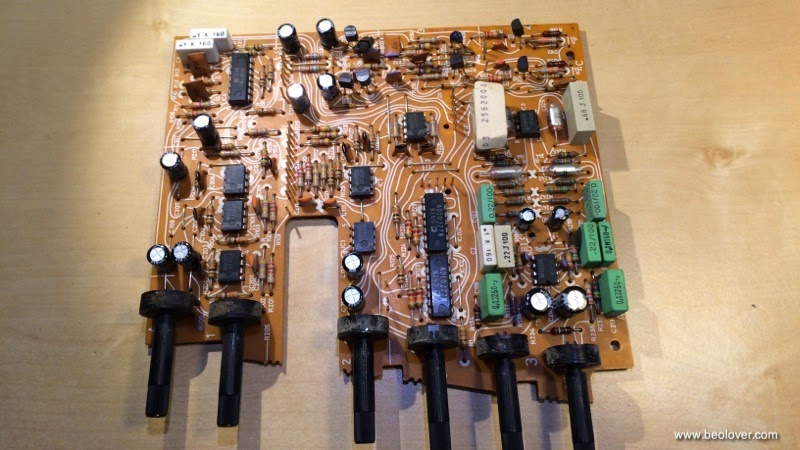 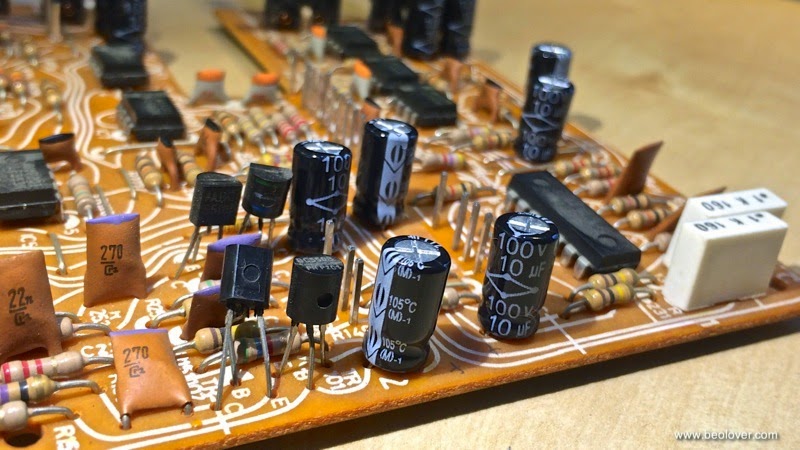 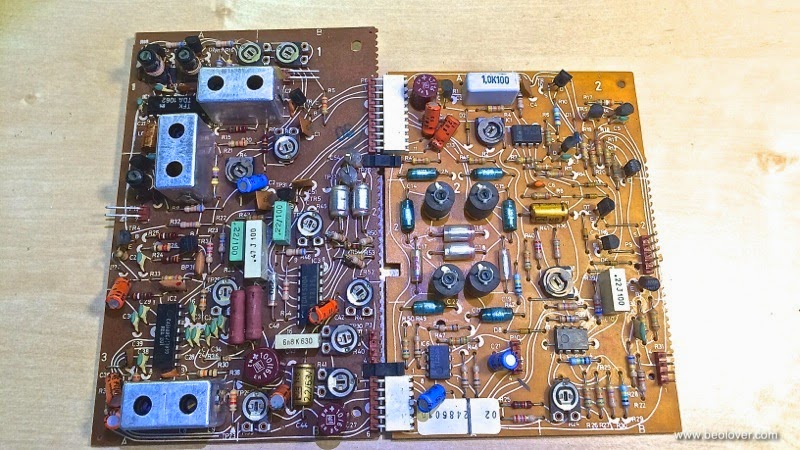 And after. It is important to clean the contacts between the boards. I always coat them also with some DeoxIT D100 to prevent further oxidation down the road. If one does not do this there is a good chance that the tuner may tune out on one or both channels since the signals travel through these connectors. This picture shows the boards after the recap: 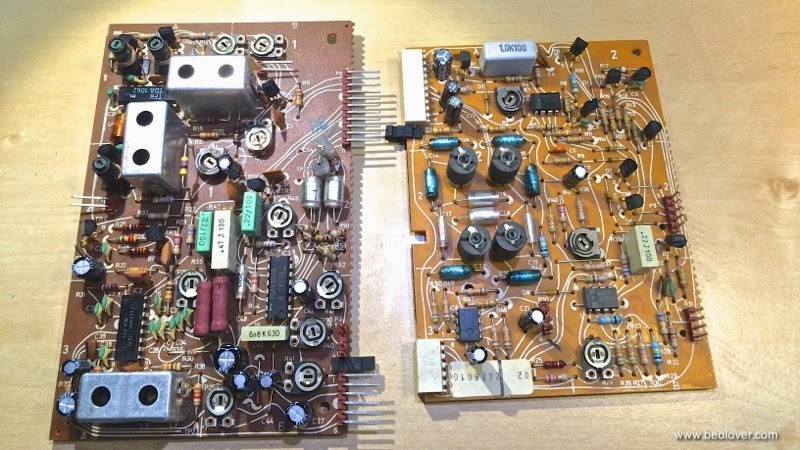 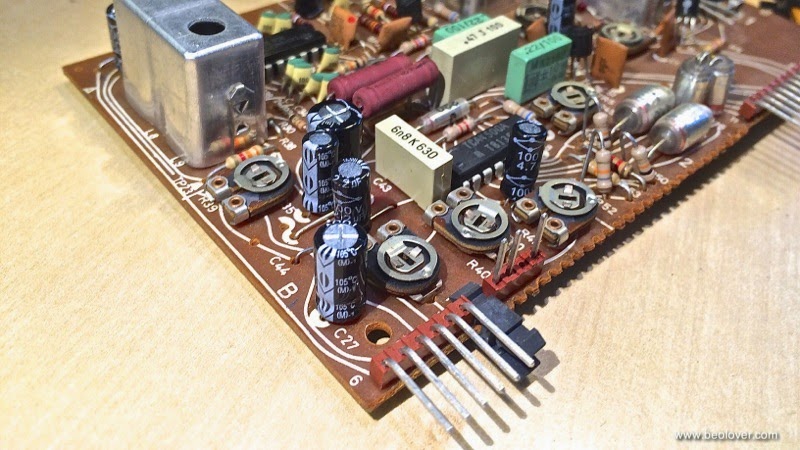 On to the filter and tone control board, the last PCB that needs new capacitors. Then it will be time to put the Beomaster back together and test the 3D printed latch! Exciting!