Beogram 4002 Type 5513: Some additions for a previous Beogram project from Houston

A Beogram 4002 Type 5513 turntable that I restored back in 2018 was delivered back to me to have the light for the Fixed Arm record detector sensor replaced.

I had actually had another visit from this turntable in 2020 as it had suffered a broken tonearm phono cartridge mount at the time.

On both of those visits the owner wanted to keep a few of the original components in the Beogram 4002 as they were still functioning.  Those were the Fixed Arm record detector sensor lamp, the tracking sensor lamp and the output phono muting switch.

The record detector sensor lamp finally burned out so this time we are installing the latest Beolover LED lamp assembly for the record sensor.

I really like the way Beolover redesigned the installation of this new, rigid board version of the LED lamp assembly.

You can see a video about the replacement LED lamp and the installation here.
It begins with removing the old lamp and installing a plastic guide for the new LED board. 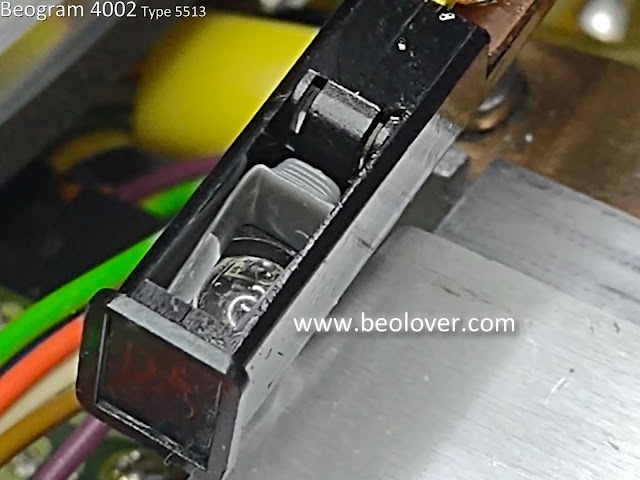 Here is one of the two leads ready to be soldered in place. 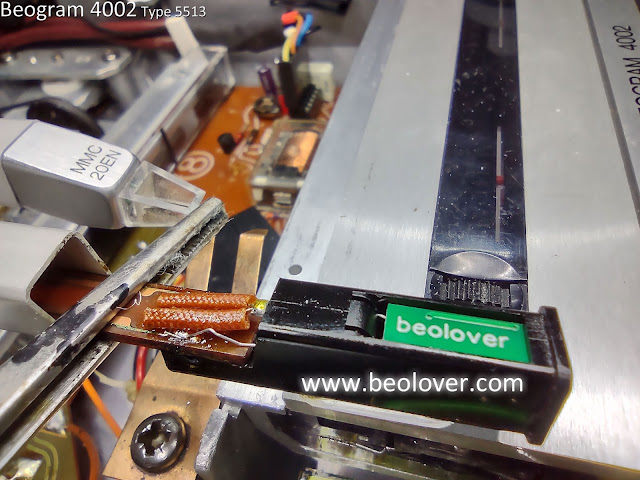 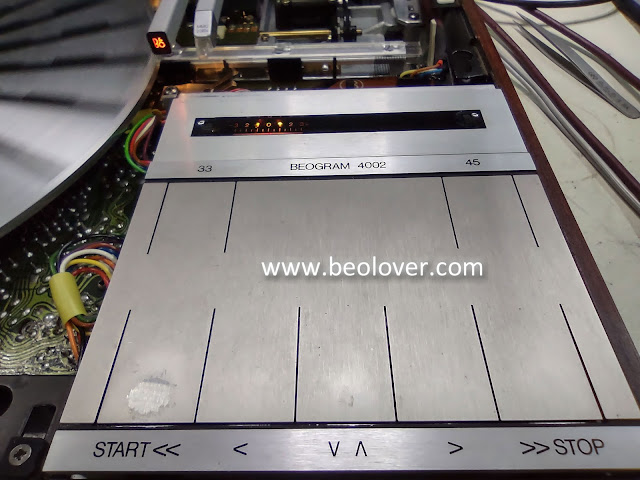 As you can see, this keypad button surface still has wear that has been like this since I first looked at this Beogram back in 2018.

The owner chose to not repair this cosmetic issue on previous visits but this time around the plan is to install the Beolover Commander Remote Control for the Beogram 4002.

Since this Beogram will be starting fresh with remote control capability we decided to also replace the keypad button surface with a restored/refinished button surface.

Here is the old and the new side by side. 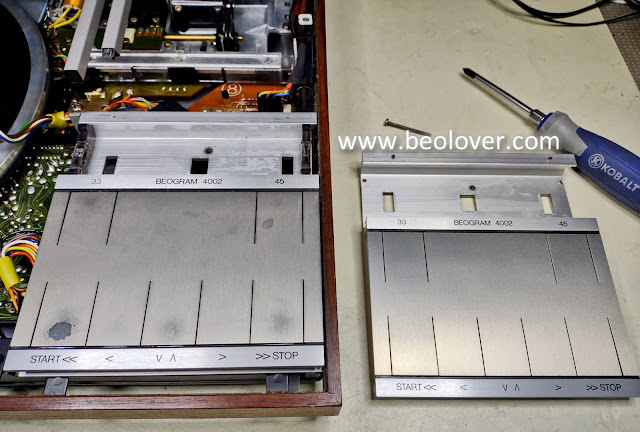 I moved the keypad button PCB, hidden underneath the button pad, from the old button frame to the new one.

For now I left the button assembly outside the Beogram 4002 as I moved to the installation of the Commander Remote Control.

This video link has an excellent description and instructions on how to install the Commander Remote Control.

As an owner of a Beogram 4004 with the Commander Remote Control I can testify that the added feature is one of the best additions you can make to these turntables.  Once you start using it you will prefer operating the Beogram 4002/4004 with it. 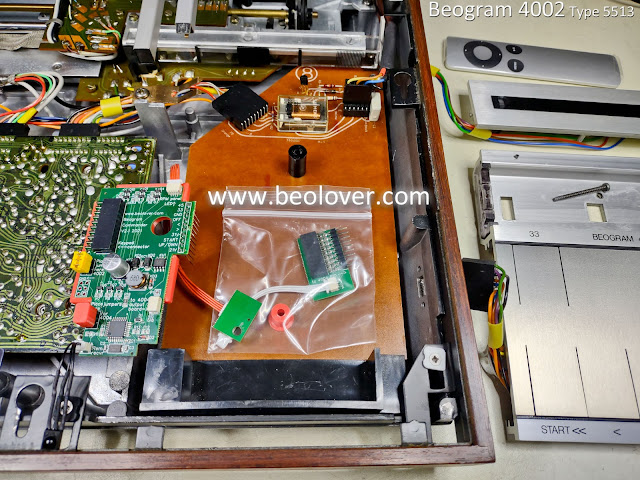 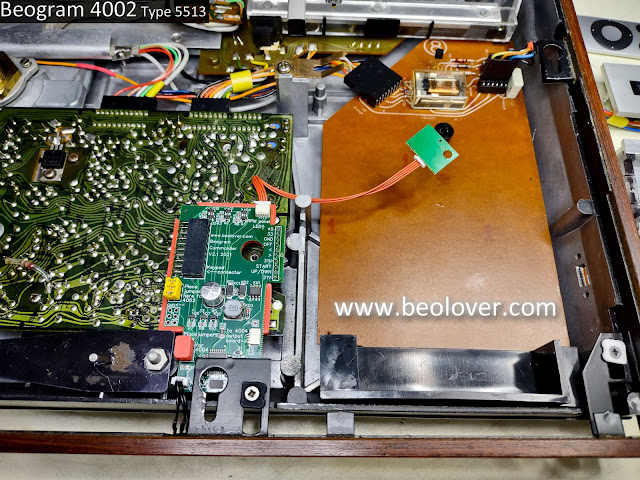 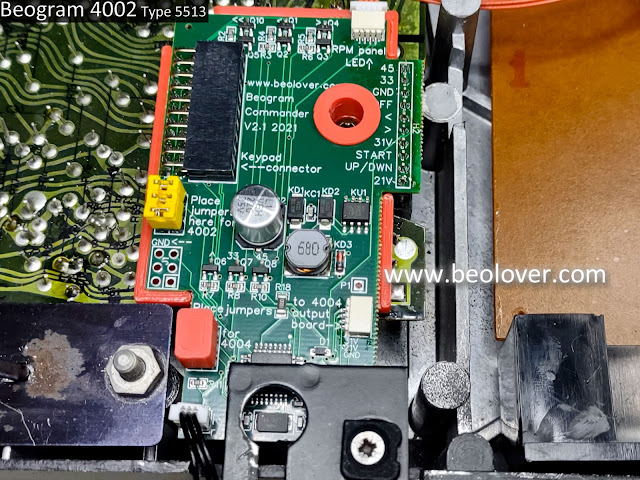 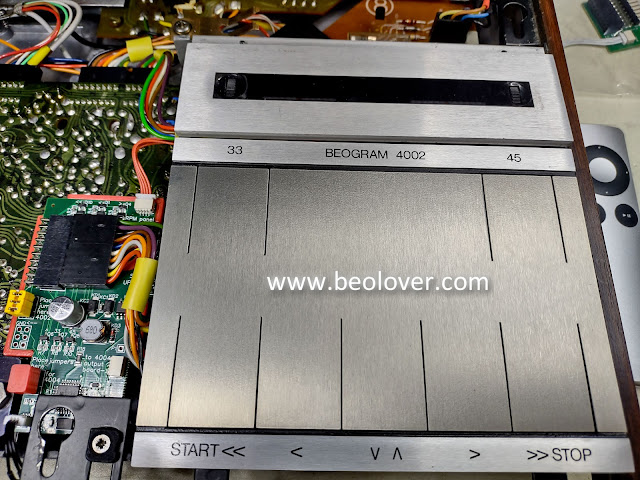 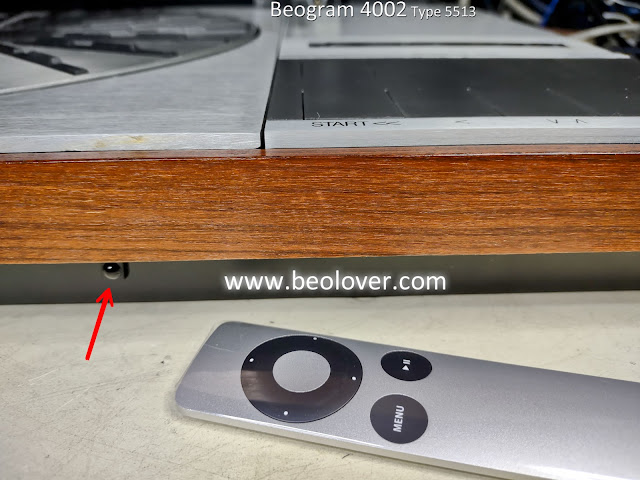 A beautiful thing about this design is that it does not require any sort of permanent modification to the Beogram 4002/4004 turntable.  The Commander Remote Control components are strictly plug and play.
They use existing connectors and mounting facilities of the original Beogram.  It doesn't get any better than that.

Here is the Beogram 4002 under the control of the Commander Remote Control. 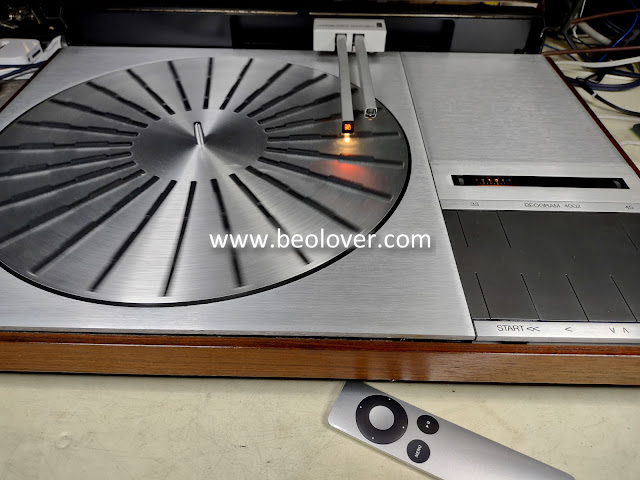 I will install an MMC phono cartridge and do some listening tests with the Beogram before handing the turntable back to its owner. 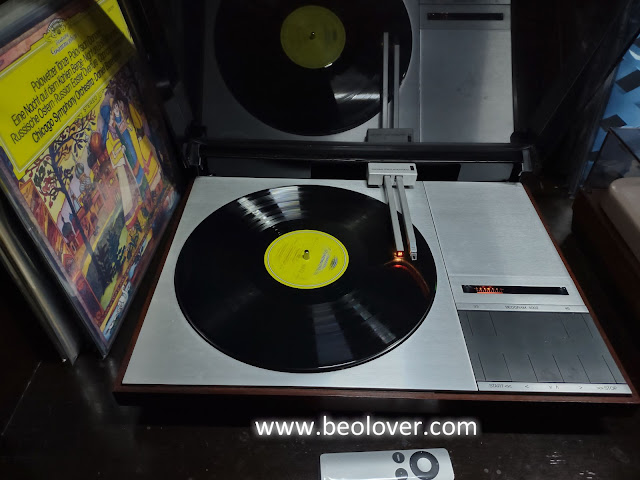 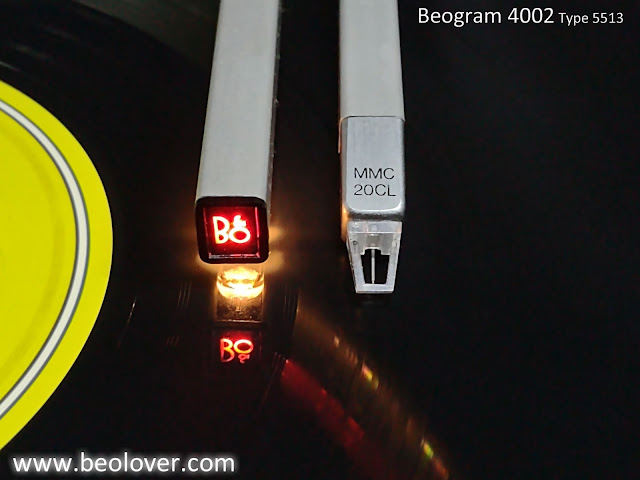 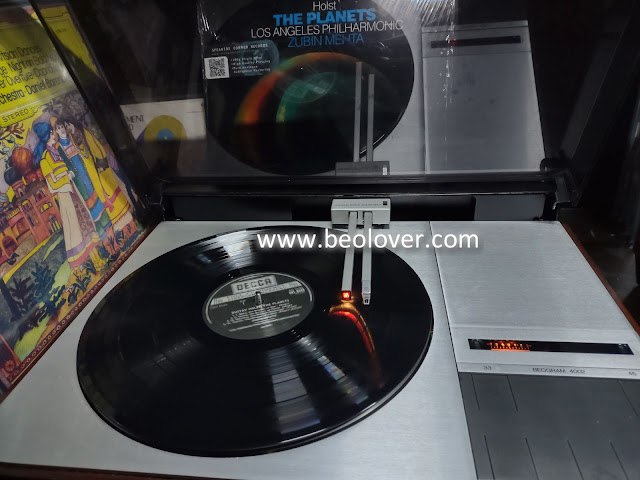 Posted by sonavoraudio at 2:37 PM