Following excellent advice from Jacques ('charz') at Beoworld.com, I decided to also replace the quiescent current trimmers with modern 25-turn types. The challenge is to mount them in a way to achieve 'trimmability' with the output board installed in its operational position. Luckily the space between the two big 100n capacitors (C1/2 in the LF channel)is perfectly dimensioned to take standard encapsulated trimmer. The only thing left was to extend the leads to be able to bend them in the right orientation to be able to replace the old single turn trimmer. Here is a pic of a new trimmer in comparison with the old after this procedure: 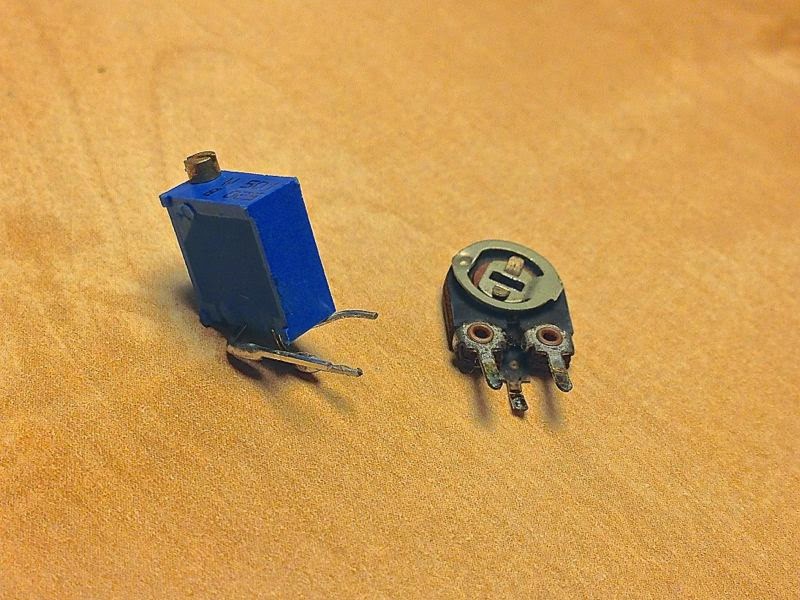 It is important to orient the trimmer in a way that the quiescent current adjustment is in the same orientation as specified in the manual, i.e. current increases in clockwise direction. Otherwise, there might be confusion and hot heatsinks the next time this is done (in another 40 years??...;-). So I made sure that a complete counter clockwise adjustment means zero resistance between the left and center leads (in the orientation shown in the photo).

By the way: I used 500 Ohm trimmers since I was not able to get multi-turn precision 250 Ohm types through my usual channels in the US...I could only find single turn types...so I decided to use 500 Ohm. A look at the circuit diagram shows that there is nothing to worry about this. The only impact is that the base of 11IC3 (LF channel) can be pulled up a bit harder relative to the emitter if one would turn the pot all the way to the high current end due to the larger drop along the trimmer...but this is nothing one would do when following the quiescent current adjustment instructions in the manual (turn all the way CCW then turn on and slowly go CW until desired current is obtained). The 500 Ohm value does not affect the gain of 11TR2 either, since the collector resistor of 11TR2 is provided via 11R10 and 11R16, and the gain is theoretically close to infinite anyway due to the lack of an emitter resistor...Furthermore, the DC network for the base of 11IC3 is 'locked in place' (voltage wise) by the drop across 11IC3, which is defined by the quiescent current adjustment to the specified value, i.e. should be the same no matter if there is a 250 or 500 Ohm trimmer...

Next step was pulling the circuit board out again...certainly not a procedure I like to do. I hope this was the last time!
Here is a pic of the RR channel with new trimmer: 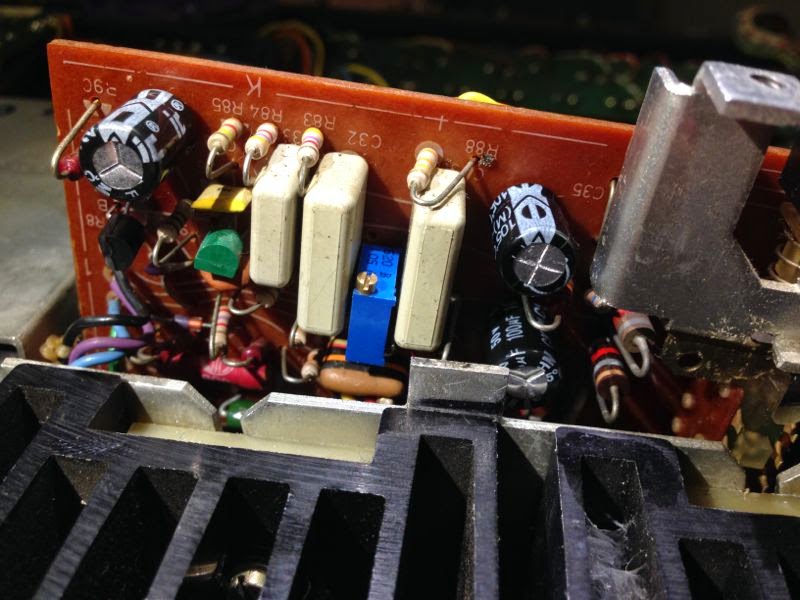 Pretty, how it fits! As if Jacob and his friends knew that I would want to do this in 2014!..;-)
And here a shot of the other three outputs: 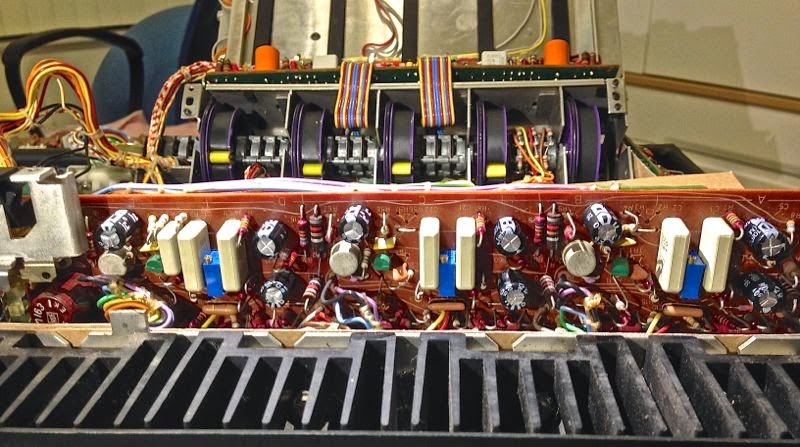 And finally: The old 250 Ohm trimmers (which are all in pretty good condition..): 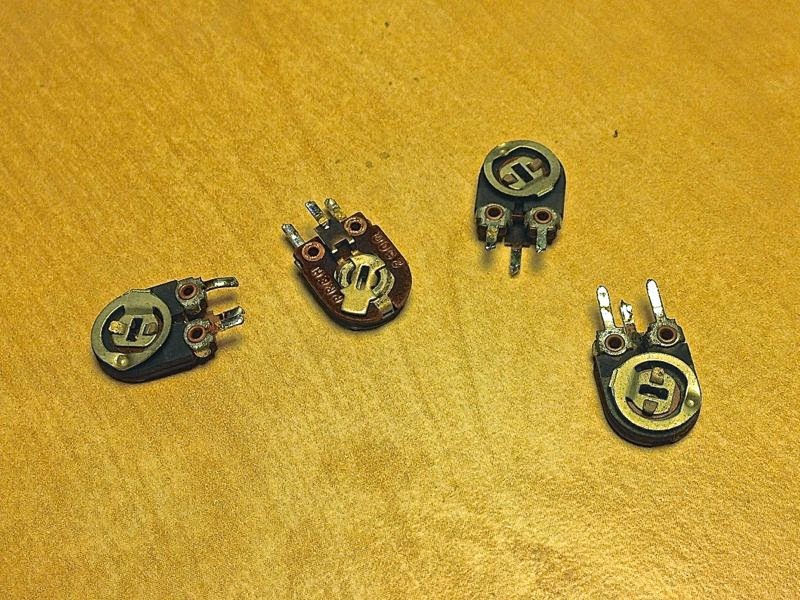 A test of the amplifier with the tuner revealed happy operation. This hopefully concludes the output amplifier restoration!
Posted by beolover at 12:17 AM