The first step was to remove the tone arm to be able to push the plastic assembly out of the arm from the back. Later 4000s have a mount that is glued in and one can remove it by 'cooking' the arm for a while in boiling water to soften the glue until one can push the mount out. More details about this procedure is posted in this blog post. 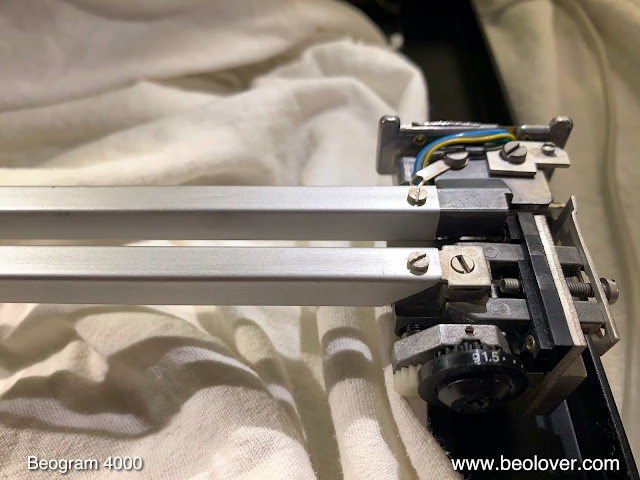 Then the arm can be pulled out: 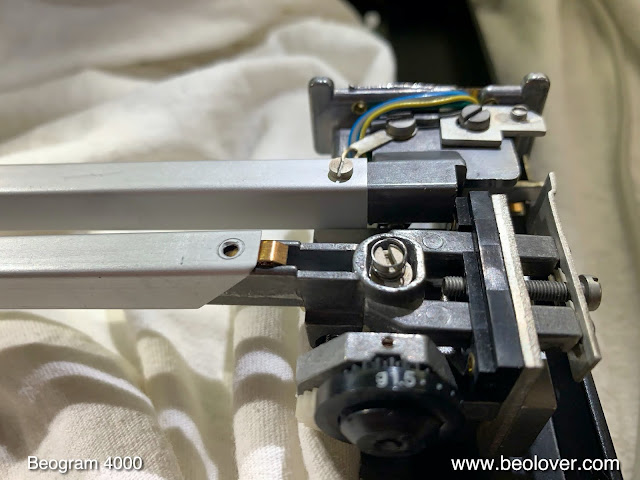 Do this carefully, since there is a little spring on the excenter that allows adjusting the arm forward and backward (there is a small plate on it, that has already been removed in the above picture, but is shown in the 2nd picture below under the arm).
Once the arm is off a small PCB is revealed that makes contact to the MMC mount assembly in the front end of the arm: 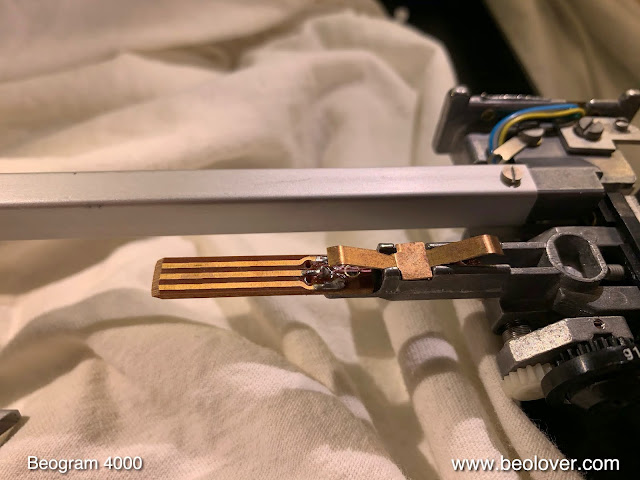 Turn the arm around, and the screw that holds the cartridge mount assembly in place can be accessed:

I removed the screw, and then carefully pushed the plastic assembly out from the back of the arm using a 8 mm diameter rod with a smooth end (to not damage the back end of the assembly) that fit into the aluminum profile. The extracted parts are shown in the upper part of the picture below: 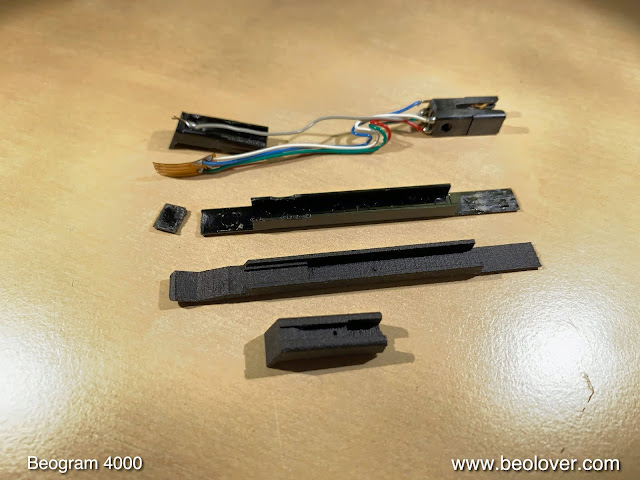 The assembly consists of three components: (1) A 'carrier' that also has the tab (broken off) onto which the cartridge is stuck. The tab end of the carrier carries the flex circuit board that has the four traces for making contact to the coils of the cartridge (it came off due to the broken of tab). (2) A separate part that carries a grounding tab to make contact to the metal body of the cartridge, and (3) a part in the back that makes the connection to the PCB reaching into the back of the arm.
Below the extracted parts, the new plastic parts that I designed for this repair are shown. They were printed at Shapeways in black PA12 plastic, which is a sturdy engineering plastic that has a bit of flexibility while also being pretty stiff. Perfect for a cartridge mounting tab that is not supposed to break off when it is torqued a bit.
Since in this case also the grounding tab was damaged, 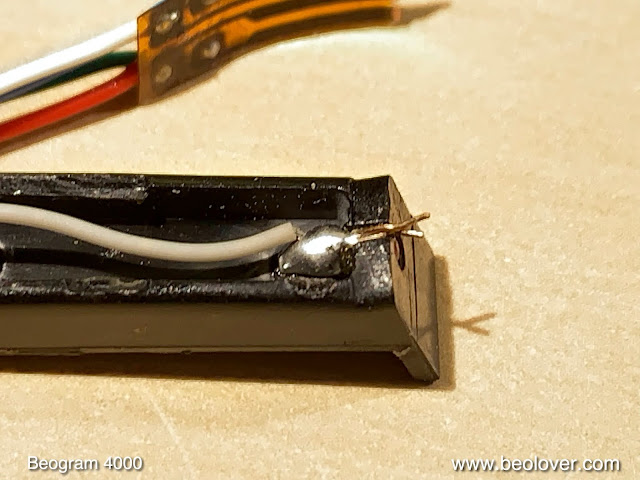 I needed to design a replacement for this component, too.
The challenge was to find a suitable metal strip for fashioning a suitable grounding tab. After a bit of head scratching I had the idea to use an 'ammo pack' strip from Molex-style connector terminals: 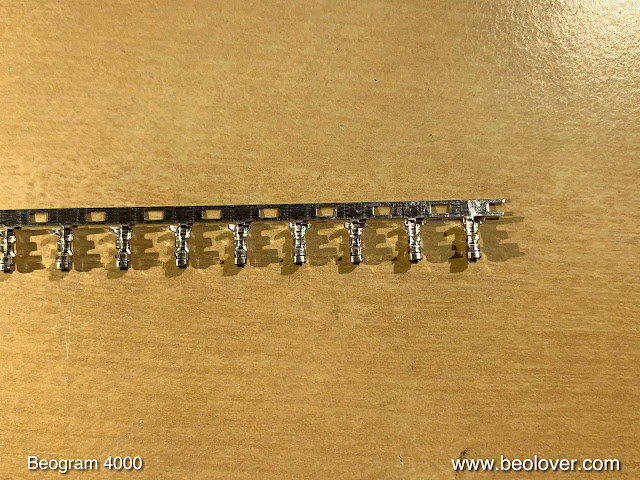 I removed the terminals and plated the ammo strip with nickel and then with gold. Then I cut a small part off and bolted it into the 3D printed plastic part and bent the end into a suitable tab shape: 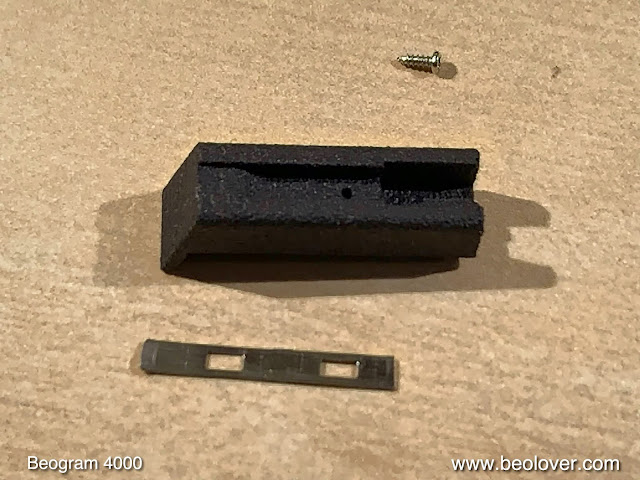 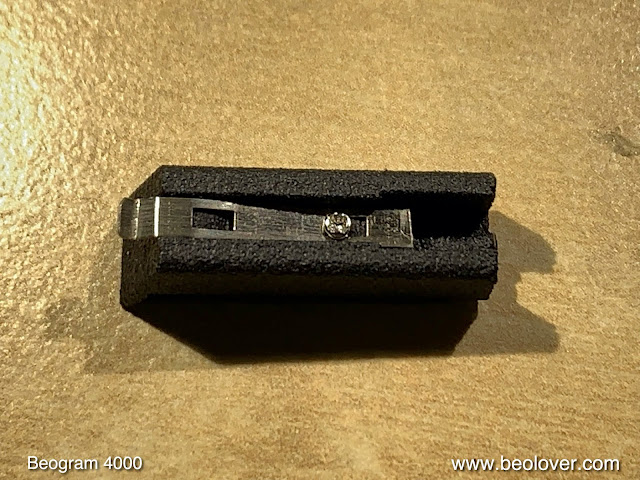 The next step was to glue a new flex PCB strip with the coil contacts (also Ni/Au plated) into the business end of the carrier part: 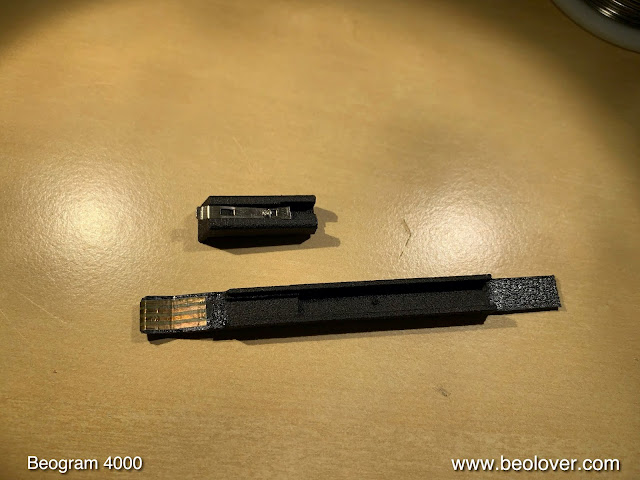 Then it was time to transfer the wiring: 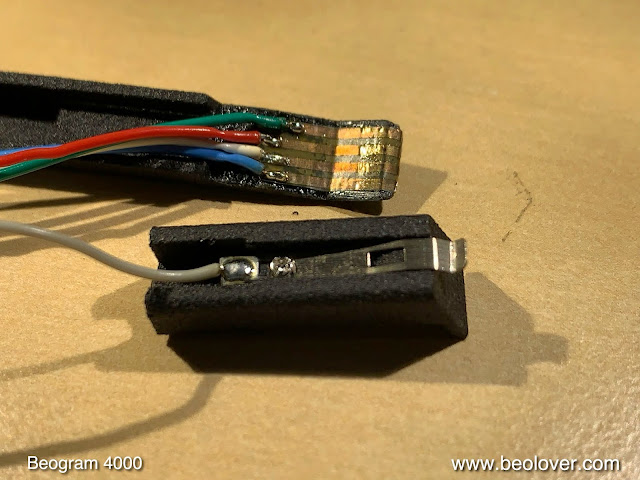 After the soldering was done (use a small tip and be quick not to damage the plastic parts), the insert could be assembled together with the original back end part: 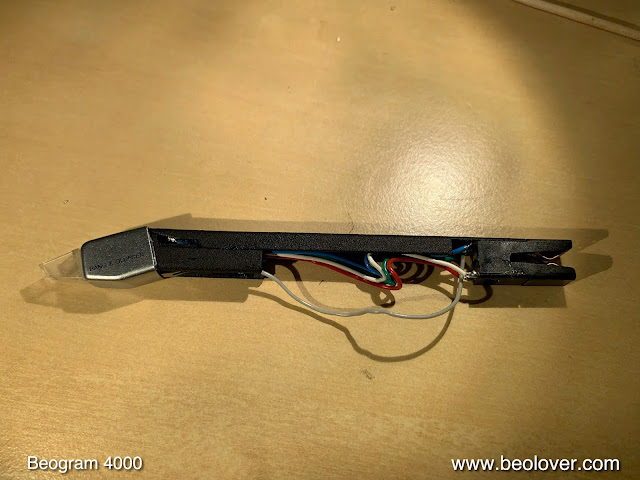 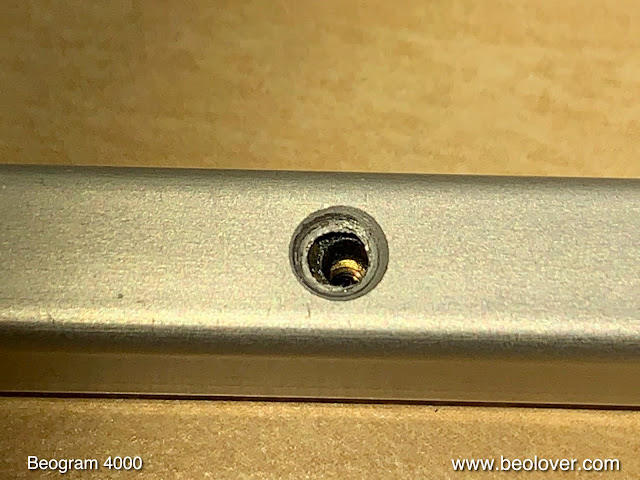 While the cartridge sat snug on the end of the aluminum profile without a gap: 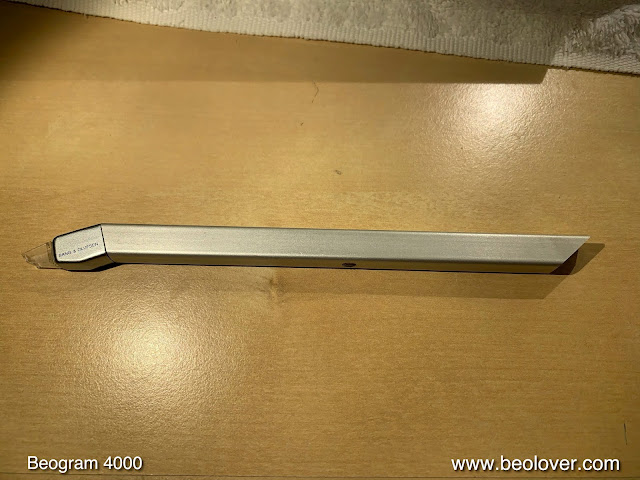 Perfect! This spared me another design iteration to make things match. It rarely happens that a part like this really fits on first attempt, but this time I was lucky! This shows the new cartridge mount with removed cartridge: 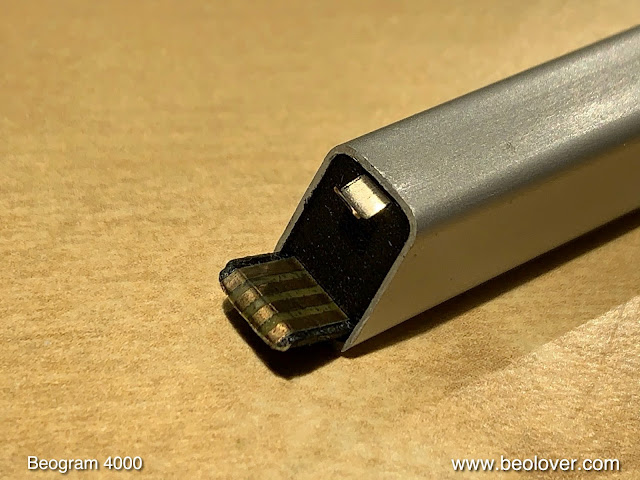 Beolovely!
Time to put the arm back into its place: 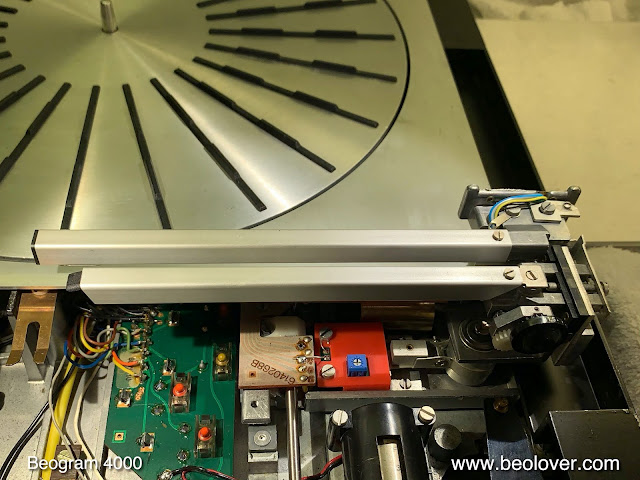 A few more adjustments and it will be time to give this Beogram 4000 a first spin!