I am getting closer to finishing up my Beogram 4002. One of the still remaining annoying issues was the loose cabinet, which would not remain in its locked position due to the absence of the guiding washers that hold it in place. In the 4002 these washers were made from plexiglass, which easily cracks during the rigors of transport or just due to old age.
I opened up my Beogram 4004 to see how things look inside there, and it turns out that the 4004 has metal parts instead of the plexiglass ones in the 4002. I took measurements of one of those washers, and printed replacements on a Formlabs Form 1 stereolithography printer.

Here is a picture of the results: 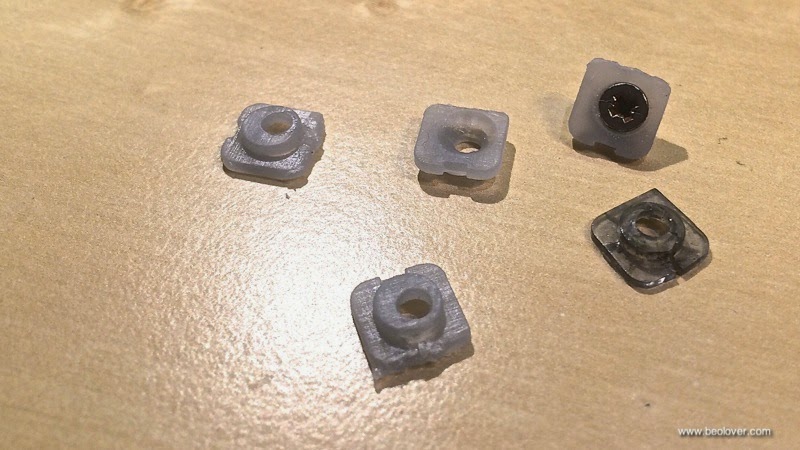 I also made a short video to demonstrate the functionality of the guiding washers:

The video shows that the new washers perform well. They are a bit elastic since the stereolithography printer plastic appears to be that way, so one needs to be a bit careful to not over tighten the screws when installing them. Otherwise, I was quite happy with the result. The cabinet slides snugly in its tracks.
Posted by beolover at 12:17 AM