Another Beomaster 8000 arrived at my door yesterday. It is from eBay and will receive some TLC before I send it on to its new owner in the UK. I was almost impressed by the packaging this unit received (at least for eBay standards). It came double boxed and fully cushioned by well-cut monolithic styrofoam panels.

I would have used industrial strength poly foam instead since it decelerates blows much better than styrofoam, which is pretty hard unless it reaches its yield strength and permanently deforms (I am thinking of some delicate plastic mounts inside the Beomaster, which can shear off in case of sudden acceleration). Also the unit was only wrapped into a too small piece of poly foam sheet inside the inner box which did not protect the sides, so there was potential for chafing of the veneer on the cardboard. I did not like, too, that the plug was positioned in between the heat sink tower and the glass panel.

But, as far as my eBay experiences go: Really Not Too Bad! Here are some pictures: 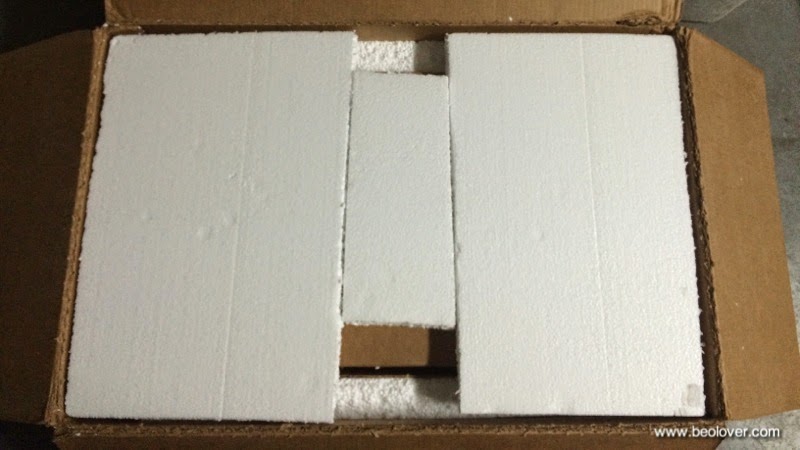 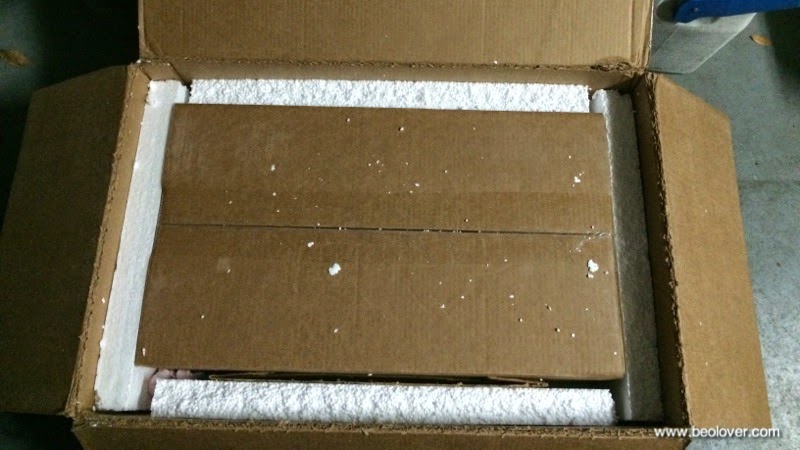 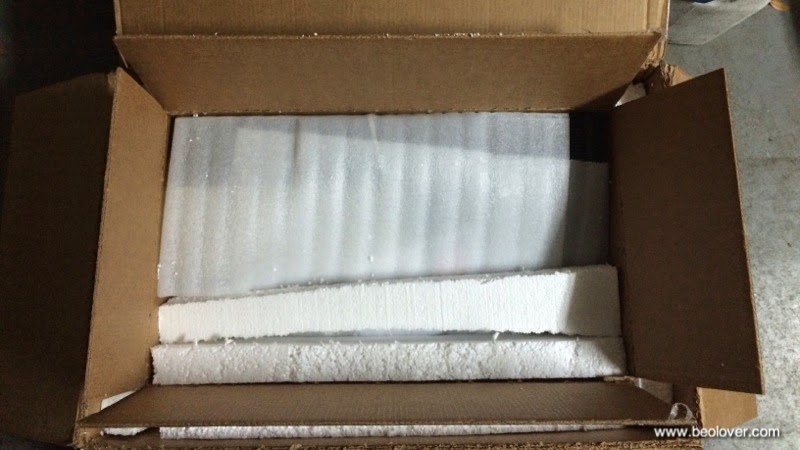 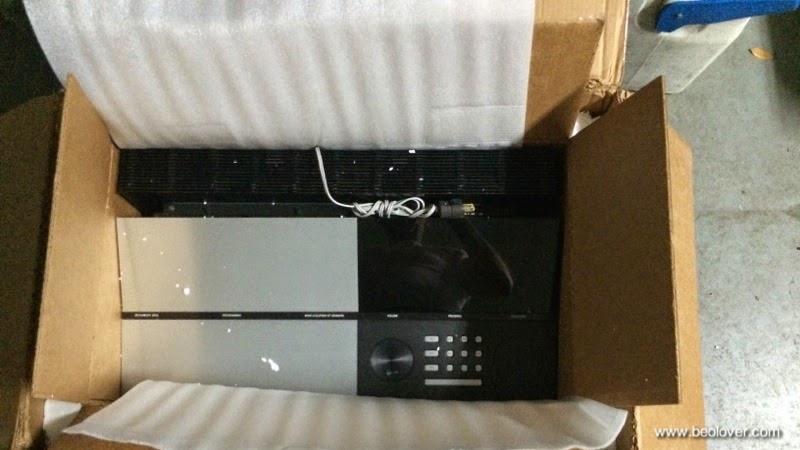 The Beomaster survived the first leg of its long journey fairly well (which is probably also a result of FedEx's capable ways of handling heavy packages - much better than the USPS where they let small women handle 70 lbs packages without giving them a hand truck - some sad stories there, that I could tell...)

Here are a few pictures of the cosmetic condition of this beomaster after extracting it from the box. It looks fairly pristine in a 20/20 way: 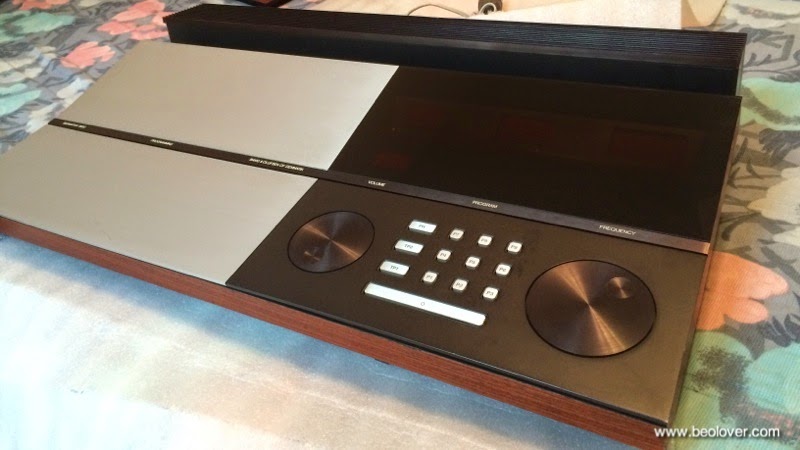 One of my main concerns with the exterior of the 8000 are the veneered corners of the cabinet...usually they take some hits during storage or shipping. This unit is not too bad, but there is a bit of damage. I will probably 'stabilize' this one with a bit of glue that the hanging off part does not fully break off: 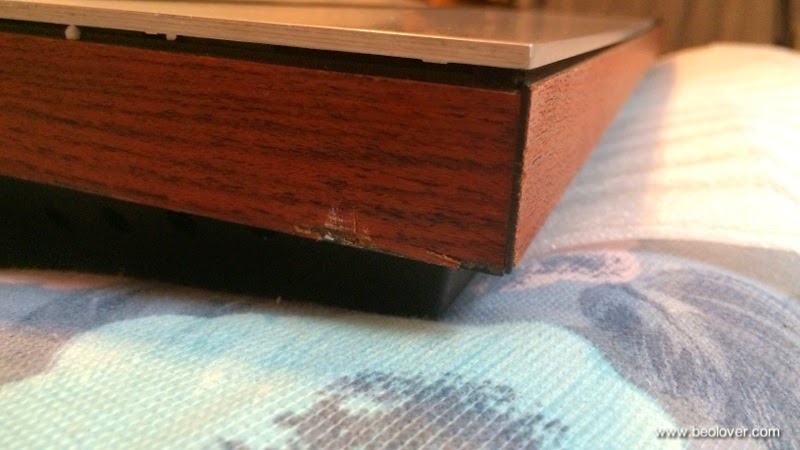 The other corner is acceptable: 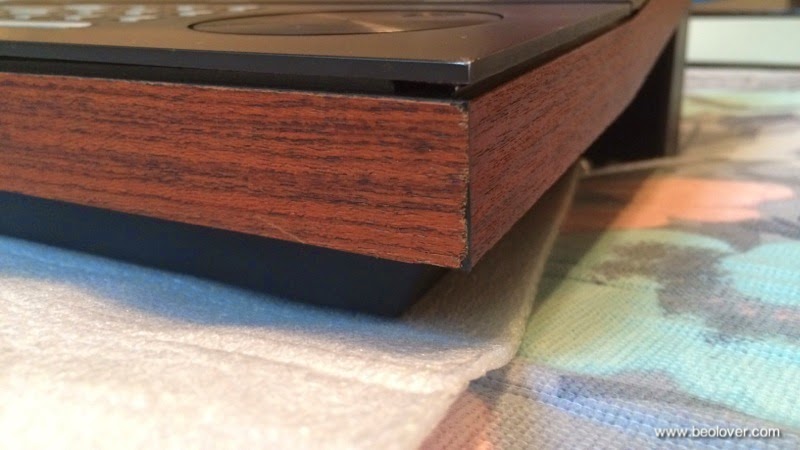 A point of concern is this slight scratch. I hope it will be reduced with a bit of Mr. Clean Magic Eraser work. There is also a slight dent in the panel at the front...not much one can do there. 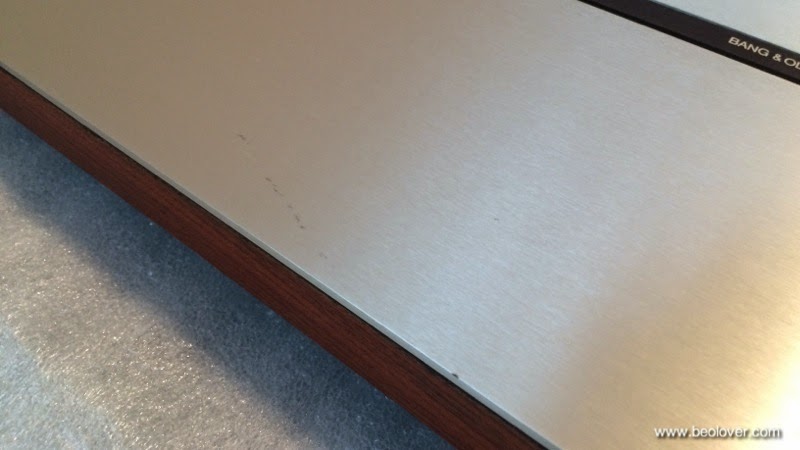 Some smudges around the program keys...hopefully just a cleaning issue: 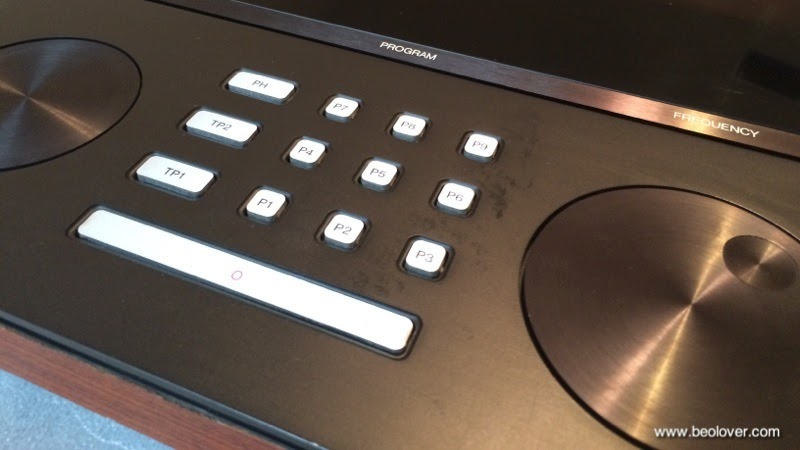 And a pretty big mark on the back where the paint went missing...oh well, one usually does not spend much time looking at the back of Beomaster 8000s...;-) 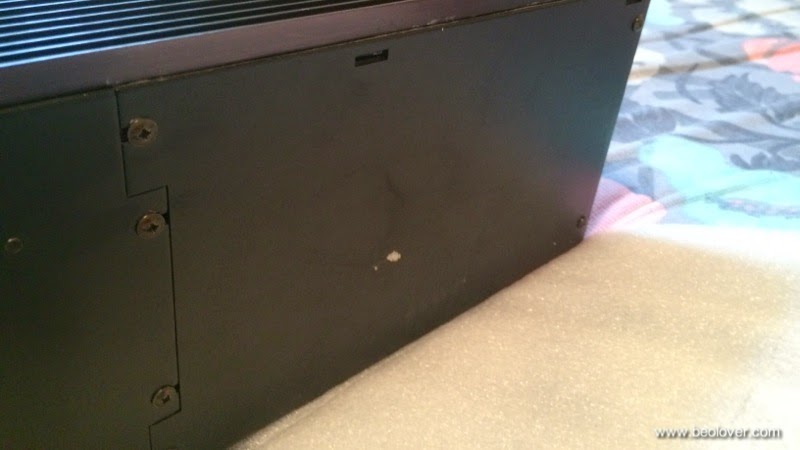