Beomaster 8000: First Peek Under the Hood - Some Remarkable Findings

Today I opened up the Beomaster 8000 that just arrived to do an initial assessment of the interior. Here are a few images of what I found:

Maybe most remarkable is PCB #9 (u-computer board), which looks uncharacteristically new. In difference to all the other 8000s that I opened up so far, this one is also a higher quality, thicker polymer material. Pristine green gloss!! It seems that this Beomaster received a replacement at some point, potentially in the 1990s. 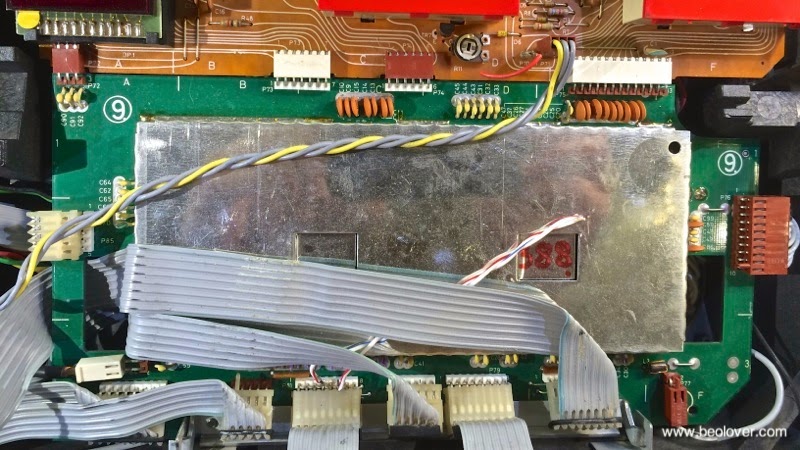 Strange are the two white/red/blue striped cutoff jumpers that are soldered on to the board to wire connector for the volume encoder. Maybe they were used to check the encoder signals. A frequently found problem on these boards is that some of the vias malfunction. Some of them affect the volume encoder  functionality. Maybe the techs tried to figure it out, and then gave up and simply replaced the board.

The hypothesis that the Beomaster saw some care in the 1990s is supported by the electrolytic capacitors on the right output PCB, which have a typical 90's style light blue/silvery look: 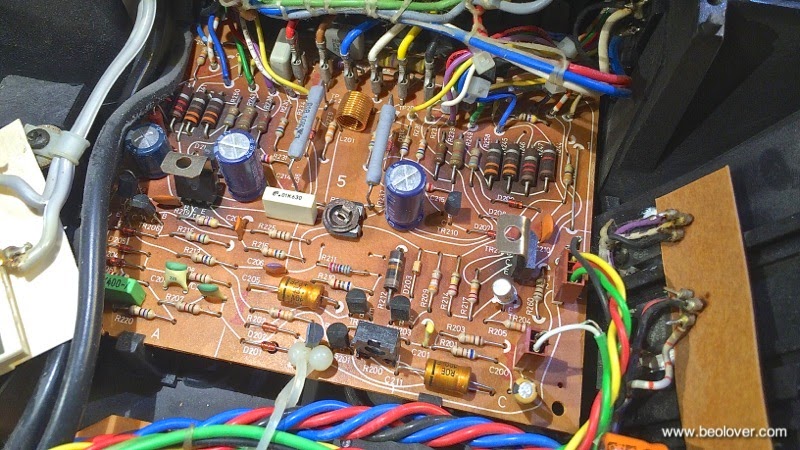 Compare with the left channel, where the usual original 1980s models are apparent: 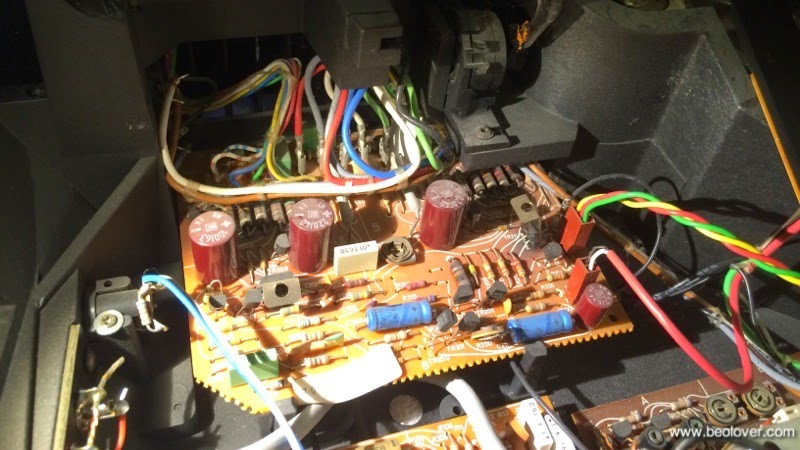 Another thing I found is this cutoff wire (red) to P70 of the display PCB. It controls the clipping indicator. This probably explains why the seller mentioned an issue with the clipping light. 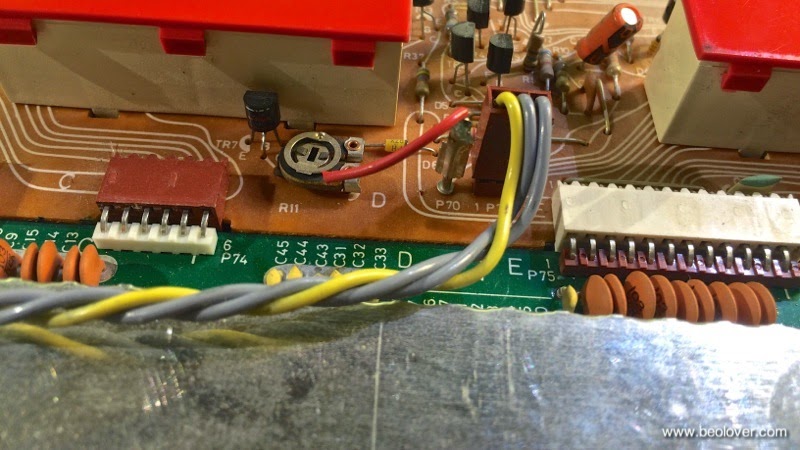 Aside from a missing screw for the control panel, this is the only major mechanical damage I found so far: 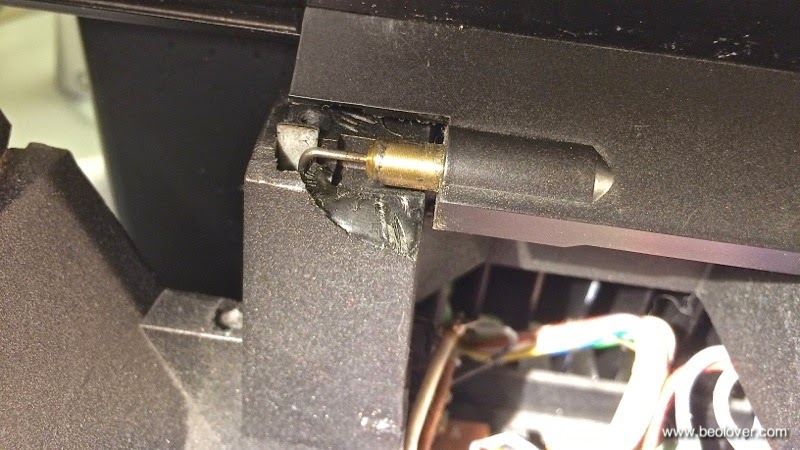 This is the left receptacle for the control panel cover hinge. Maybe I will find the missing piece of plastic under one of the PCBs and I can reattach it to give this hinge the support it needs. When I opened the Beomaster, the cover would not come up by itself, and it was stuck to the glass panel...this has probably to do with this loose hinge.

And finally a glance at the power supply board, which exhibits the usual golden Made in Germany reservoir cans that I have found on their last legs in most Beomasters that I opened up so far. Let's see if we have all the voltages when I turn this unit on for the first time (after I rebuild and test the output stages): 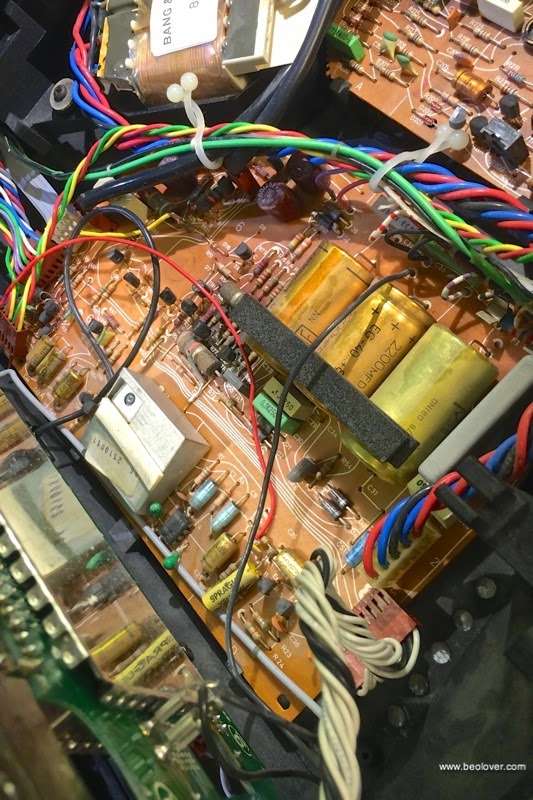