Per advice by 'chartz' and 'sonavor' of Beoworld.org (here is a link to the thread) I started working on replacing the belts of my Beocord 5000 (4716), which are all out of spec...they expanded over time and have too much slack.
The first step is to take the drive mechanism out. In order to do that one needs to first flip up the board on the left to be able to get to the solenoid linkage. Chartz suggested to bolt the operating panel in reverse orientation back to the bottom of the enclosure with three screws. A great idea! This helps preventing breaking leads off when manipulating the expanded mess. Here is a pic: 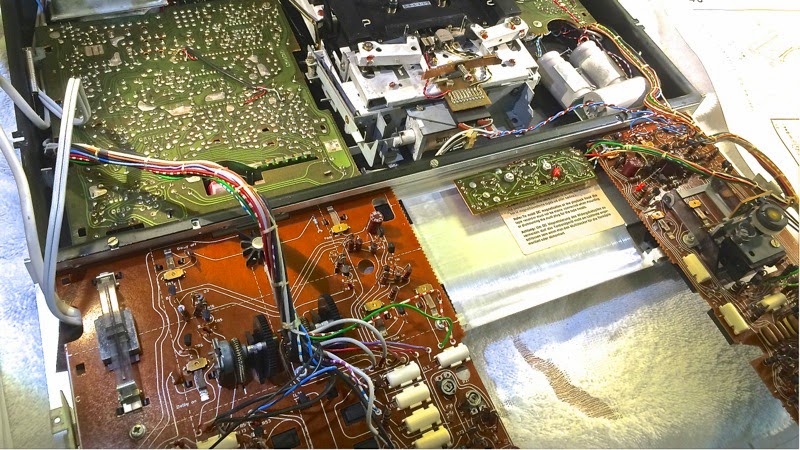 The next step is flipping up the board on the left. This board is held in place by one screw in the back right corner, as well as a screw into the bottom of the enclosure next to the red DIN socket in the front part of the board. After removing the board one can move it a bit to the right to pull it out of the slits in the two brackets on the left that hold the board in place.
A great thing is that there are two more slits that point upwards where one can secure the board in upward orientation. At this point it is a great idea to protect the plexiglass cover with an old T-shirt or the like from scratches. In my pic this was not implemented yet, as I was still ramping my learning curve...;-): 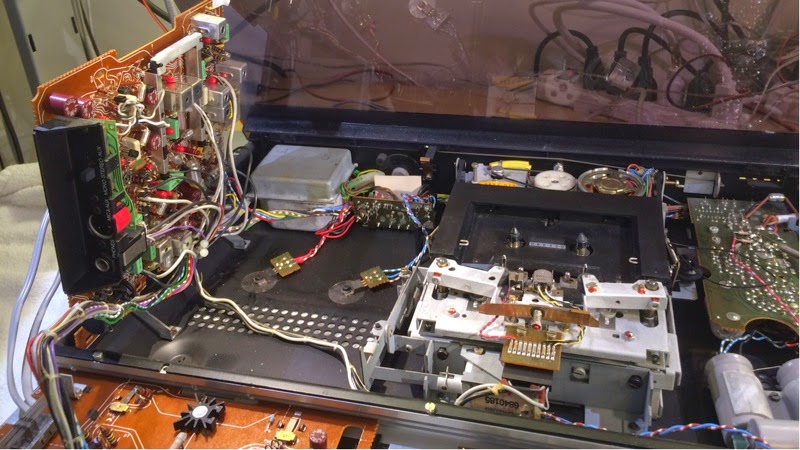 So far so good. Now it was time to get the drive out.

The first step is to remove the solenoid linkage: 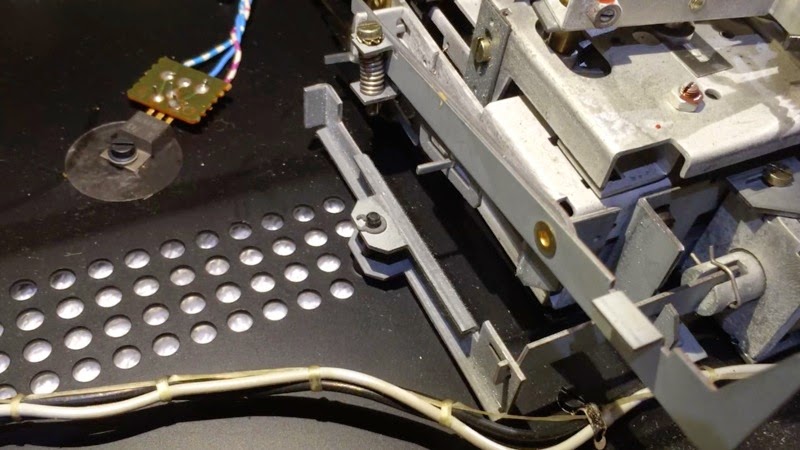 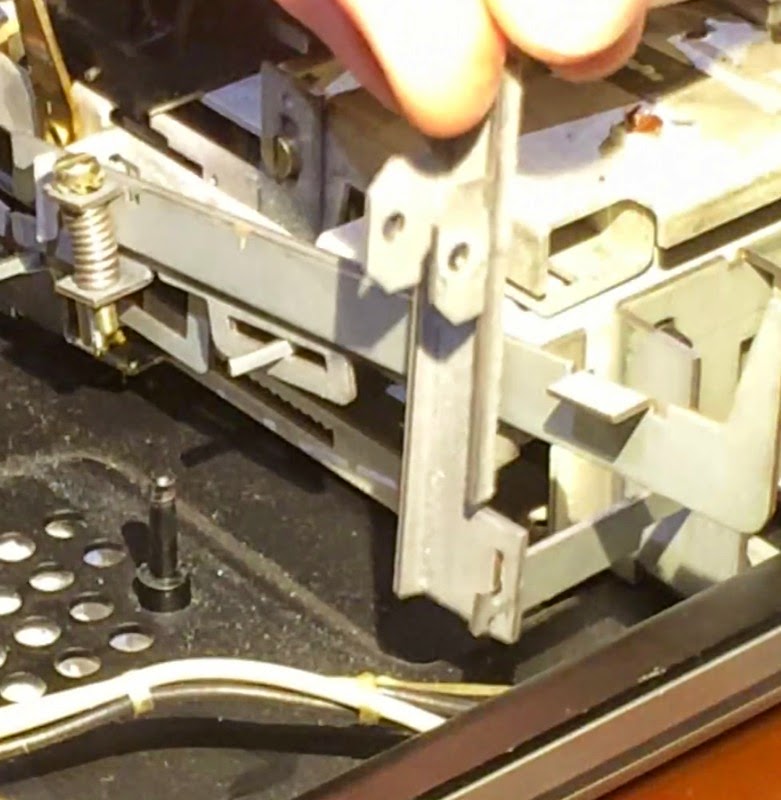 the next steep is to remove the plug that connects the heads (make sure that the deck is unplugged when the plug is pulled to prevent magnetization of the heads - not sure why, but that is what it says on the half-obscured small print warning label in the operating panel - obscured and small print: that is how warning labels should be..;-): 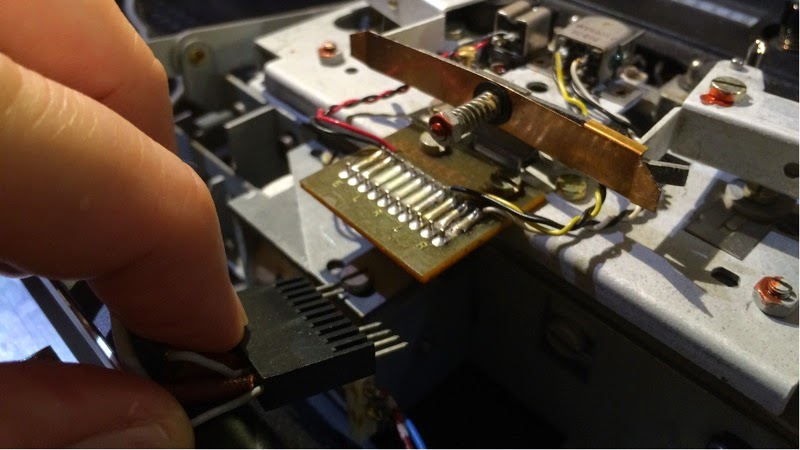 After this I unsoldered the solenoid connections: 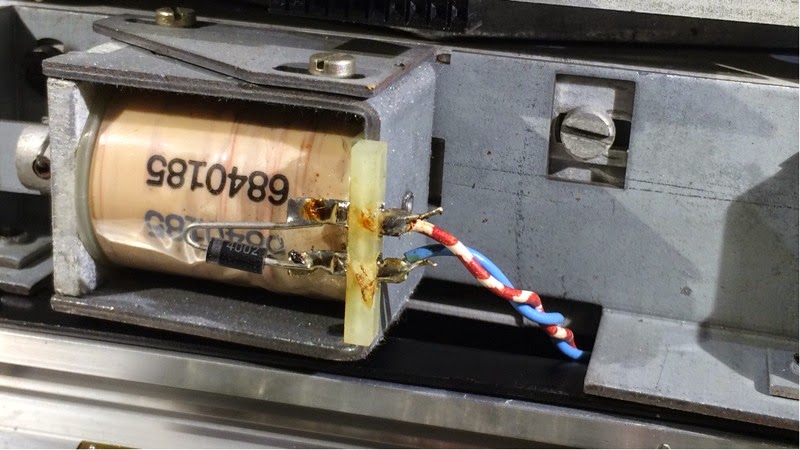 The drive is held at the front by two screws that go in from the bottom of the enclosure into the solenoid bracket. Here is a picture from below the enclosure: 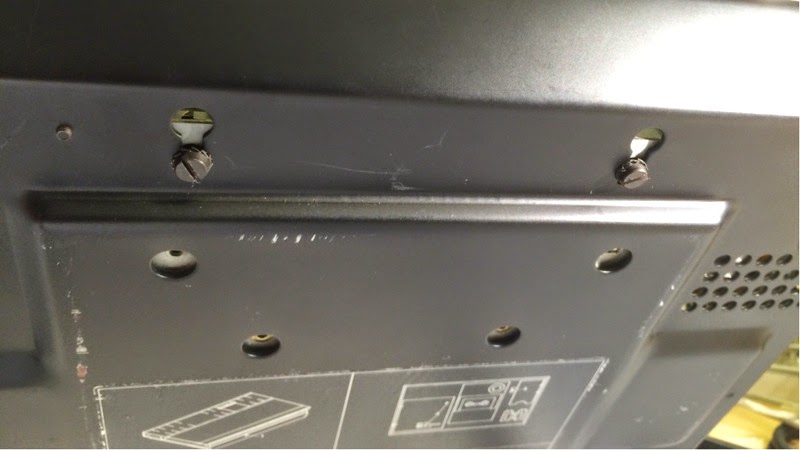 These screws needed to be removed or just loosened that the drive can slide forward.
In the back there is no screw that holds the mechanism, only a bracket that fits into a slit in the mechanism. By sliding it forward the drive can be lifted out.
Almost done. The last step was to remove the large wire to board connector from the back of the drive: 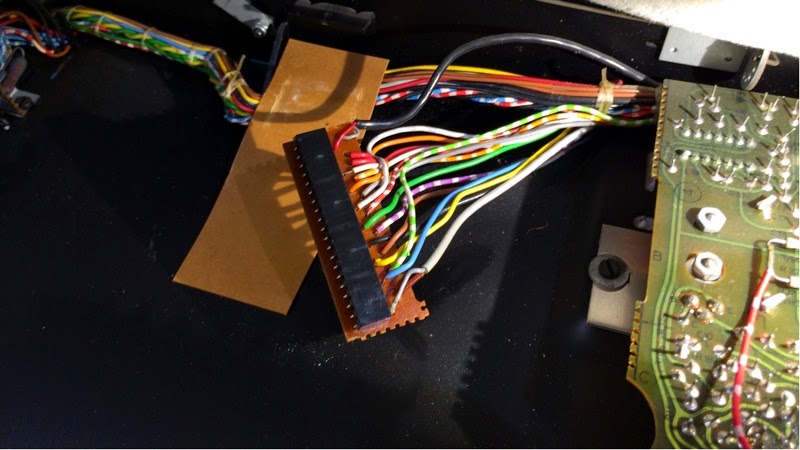 This connector sat fairly snugly, and I had to carefully pry it loose with a small screwdriver from the side, and then pull it downwards. At that point I wished I had taken out the plexiglass cover for better access, but finally it came loose, and the drive was liberated.
Here is a pic of the drive after I took it out: 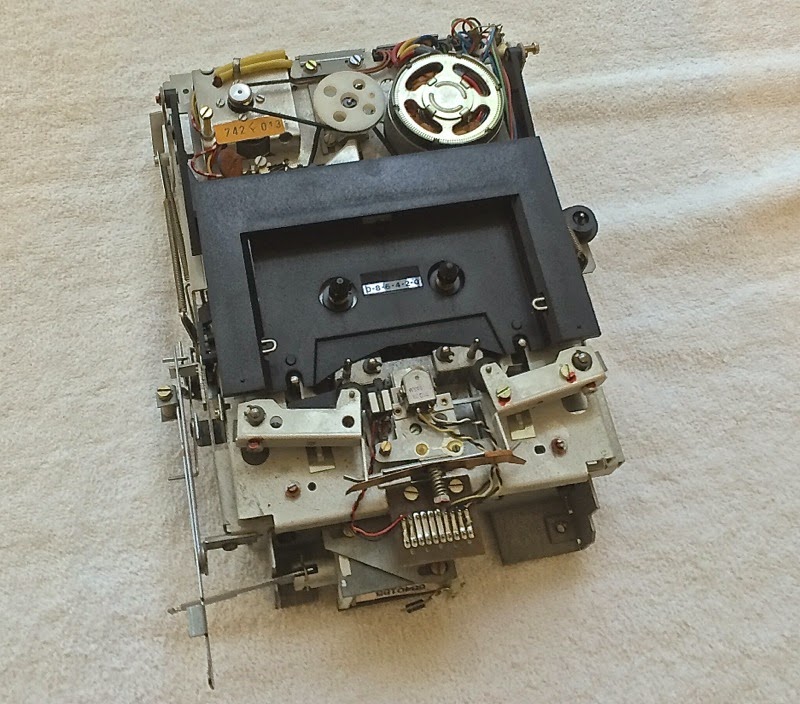 And the 'cavity' left behind in the enclosure: 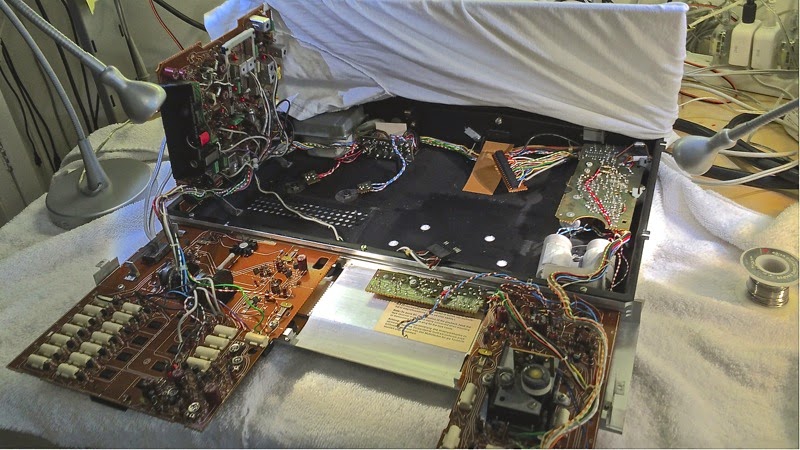 That is it for today...next step is to partly dismantle the drive mechanism to get at the belts.