Today, I thoroughly scrutinized the Beomaster 6000 Quad for 'obvious issues'. I found two disconnected wires and figured out where they needed to be connected. Then I measured all output transistors and found them giving reassuring resistance values between collectors and emitters, i.e. there was hope that they were not burned out. Then I moved the quiescent current trimmers a few times forth and back in an attempt to make sure that they had contact. I positioned them exactly where they were before this, hoping that they had been adjusted to a reasonable value. It seemed they were all more or less in the same position, so there was hope that they dilettante who messed with this unit before did not get to them.
I definitely was concerned that there is a danger to fry the transistors like in the Beomaster 8000 when they go open circuit. So I simulated the DC network around the transistors in iCircuit. The result is that an open circuit swiper of a trimmer should not lead to a catastrophic current avalanche since it appears that the biasing Darlington IC3/6/9/12 opens up when the swiper disconnects, effectively shortening the two bases of the output transistor pair. I put in a sheet of cardboard between the output amplifier board and the metal bracket that houses it (per advice from beocentral.com to avoid potential short circuits due to PCB warping)
Then I connected my bench speakers to the rear outputs (one of the jacks for the front channels is broken) and plugged in a 300 Ohm antenna.
A deep breath, and I flipped the switch in the back to 'ON'. Nothing happened except that the power LED came on. A good sign! Then I pressed on the FM button, and the radio came on! I was able to tune several stations. Playing with the volume potentiometer in the 'motor unit' produced a decent sound in my little workbench speakers. Then I played with the other potentiometers and I was able to change the sound, and the balance in all four directions. It appears that the Beomaster may be largely intact electronically (hopefully also the front channels work as the transistors seem to be in good shape). Not too bad for a dubious ebay purchase!

But there are a number of issues:

1) It seems the field strength meter of the tuner is not working
2) All potentiometer belts are broken: 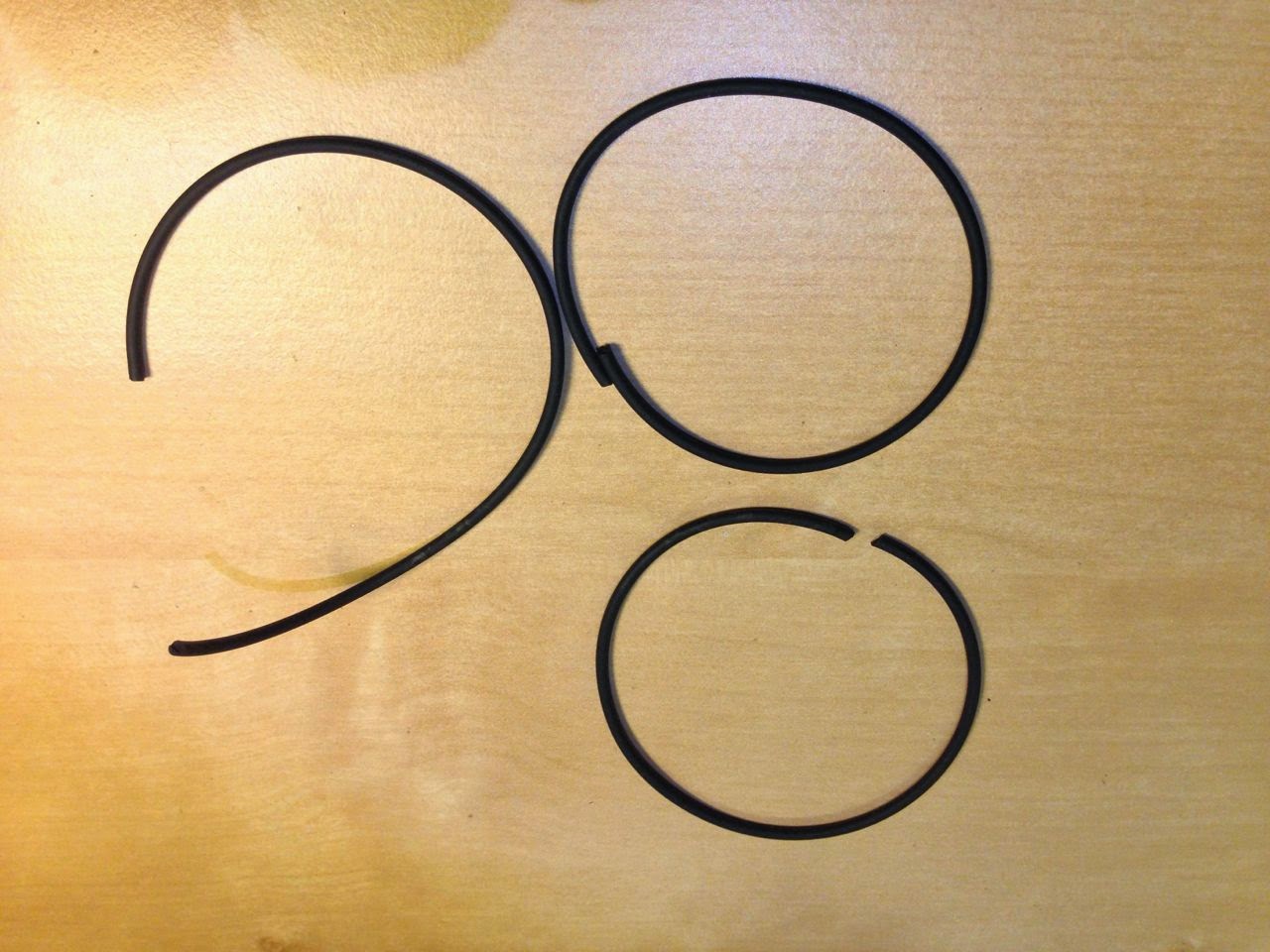 3) The coupling between the motor and the potentiometer array is cracked and the motor spins freely when a button is pressed: 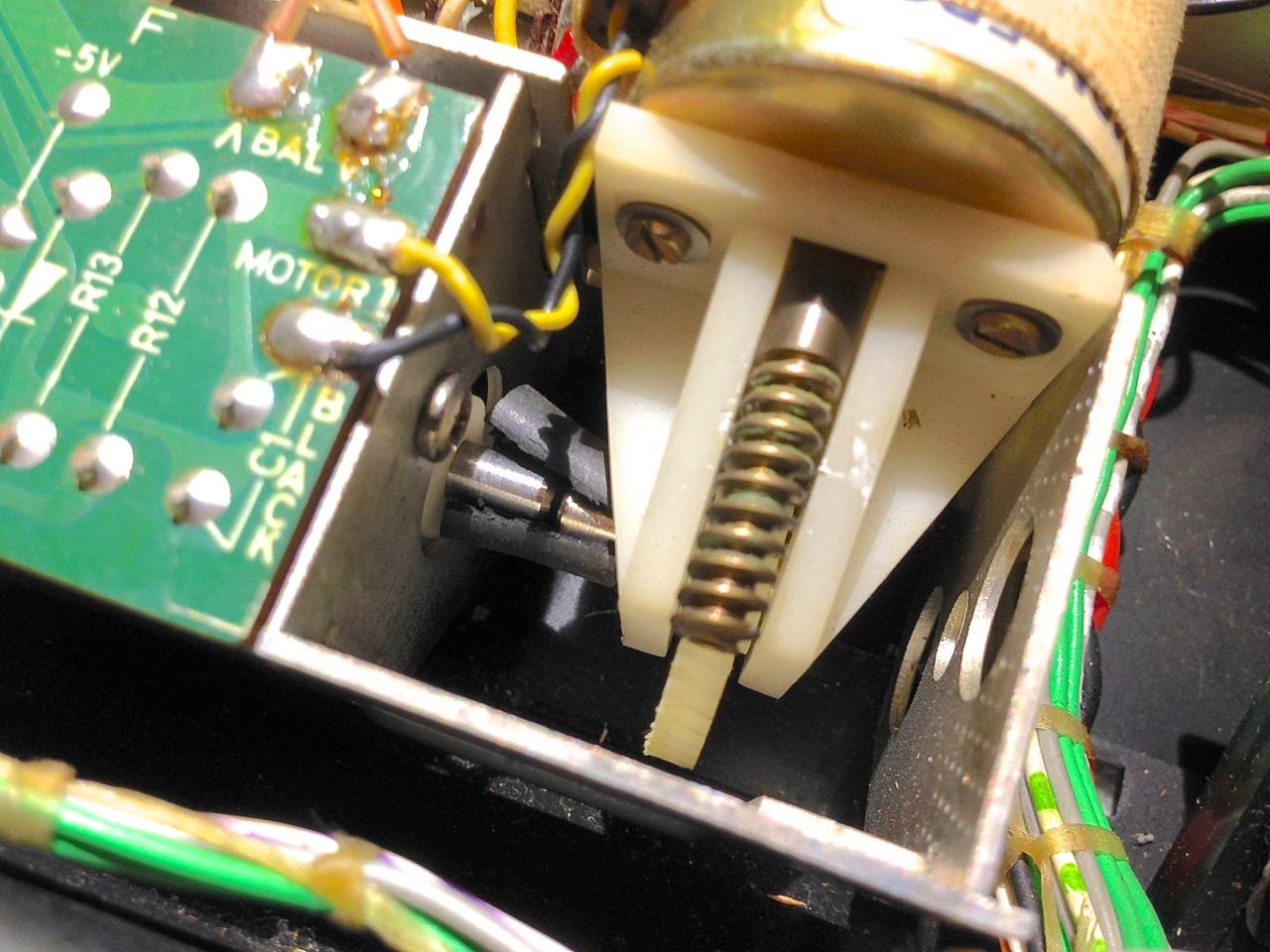 4) Several lamps are not working
5) The broken tuner pulley (see last post)
6) The string that pulls the frequency indicator band has a knot in it, and needs to be replaced: 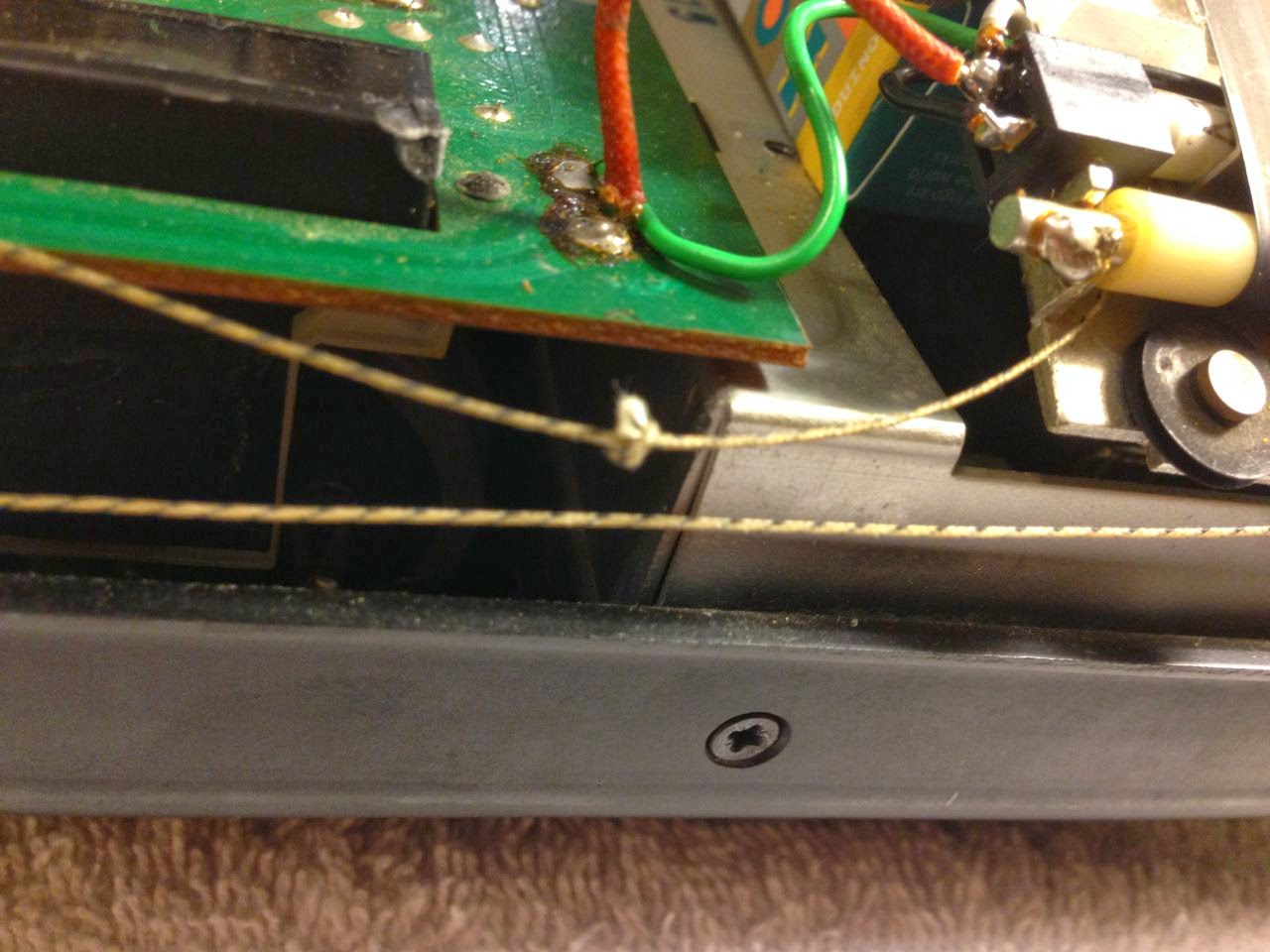 I tried to operate the frequency dial with the knot in it, but it got stuck as soon as it went under the band...so it needs to be replaced.
7) Two broken speaker jacks (for the front channels): 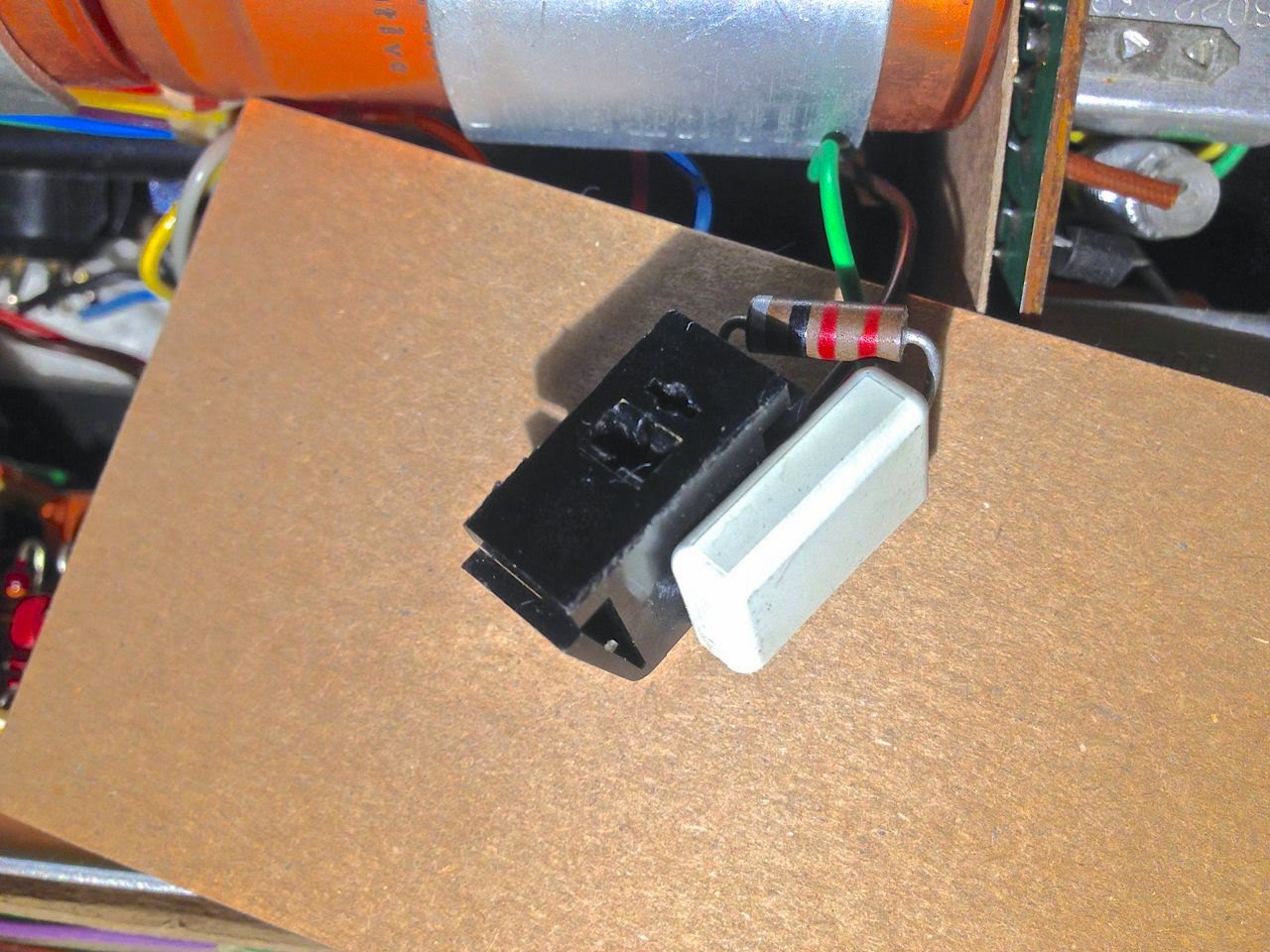 The two wings that keep the jack from 'falling through' the opening in the panel are sheared off. The other channel is barely hanging on, but the wings are about to break off, if one would pull out a plug a couple more times...I wonder if one can still get these...

The big question is whether to try to recap the entire unit and risk to break something. It appears quite a chore to get the boards out for access. I am actually wondering how they put it together in the factory. Probably like they insert wiring harnesses into cars, everything in one piece.
Posted by beolover at 12:42 AM