The final step to restore my Beomaster 8000 to its original glory was to fix a keyboard issue. I noticed earlier that the TP2 button only worked intermittently. I thought that this was a problem originating from corroded keyboard contacts since wiggling the button seemed to do the trick once in a while.... Hence, I took the keyboard apart to clean the contacts. While this was an interesting exercise, it turned out that this did not fix the problem. But more about that below. First a few pictures of the keyboard innards:

Removing the retaining washers turned out to be a pain. Since B&O used one-time use washers that need to be destroyed for removal I had to cut them off with a wire cutter: 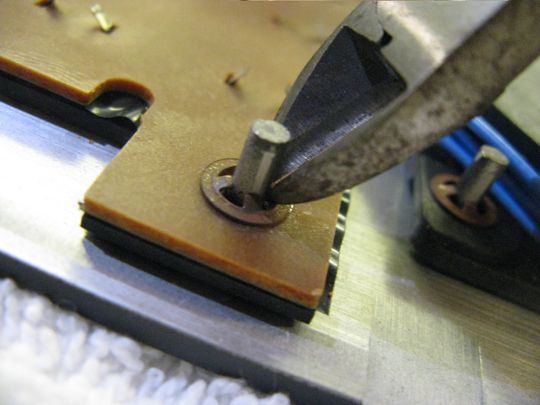 This photo shows the buttons from below after removing the PCB and a plastic foil: 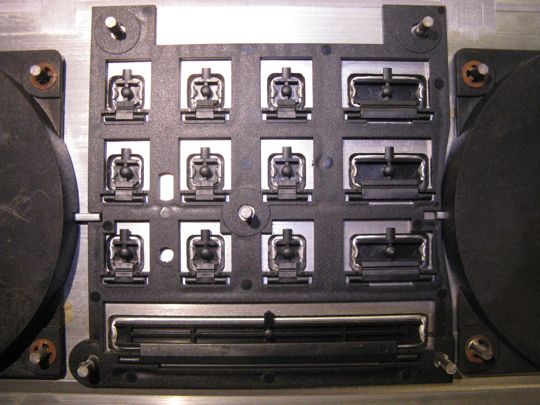 Here a shot of the PCB before cleaning: 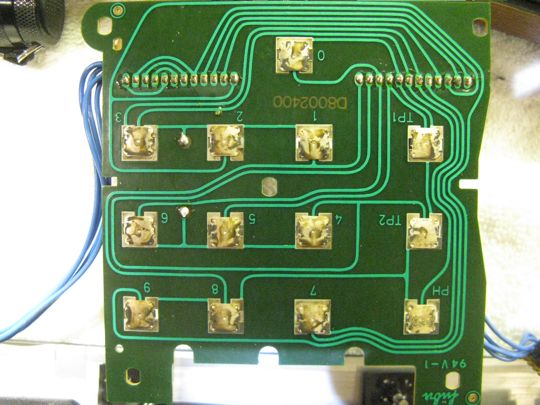 For cleaning the contact pads have to be removed: 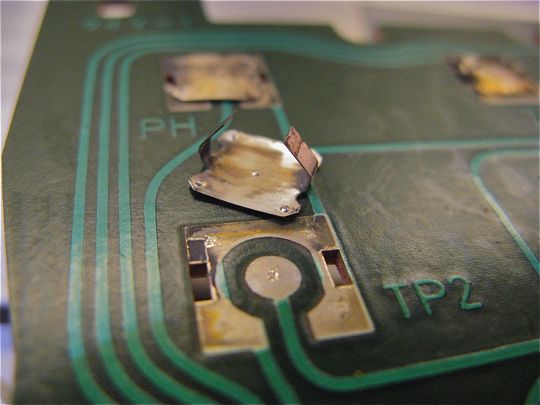 These contacts were quite oxidized (or probably rather sulfidized, assuming that the pads are silver coated)

Using a small head Eurotool fiber brush (I am grateful to Gunther at Beoworld.org for this excellent tip!!) I cleaned the contacts: 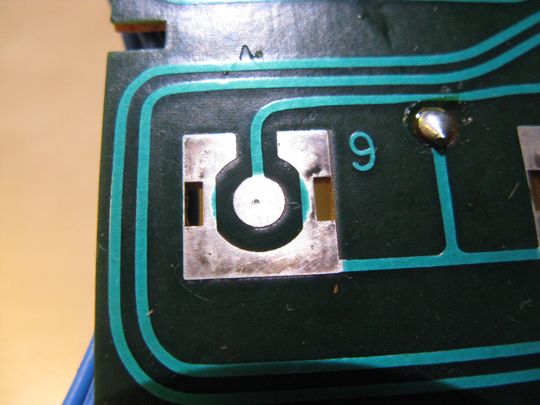 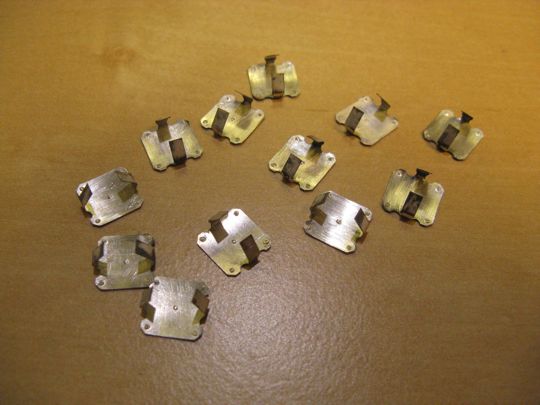 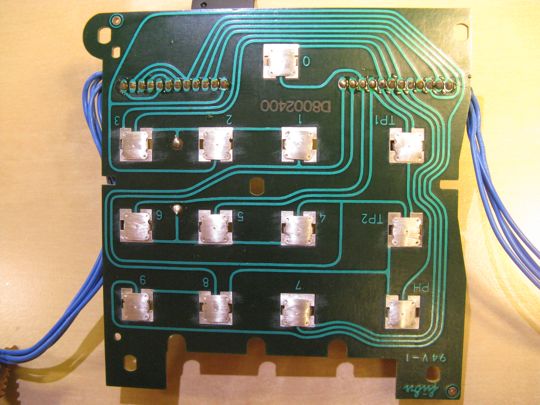 The above picture shows the PCB after reassembly.

I reinstalled the board using 3 mm external retaining rings from Grainger (113828) and #4 nylon washers. This is shown here: 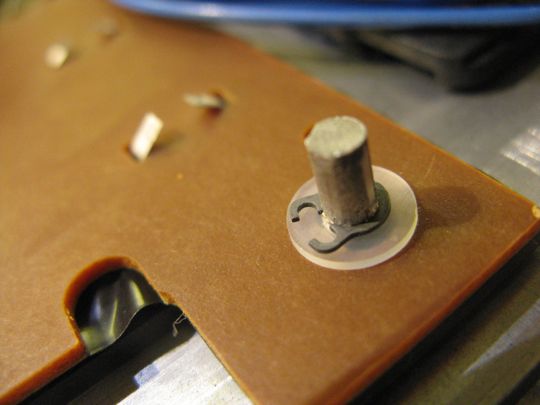 So far so good. Plugging the keyboard back into the Beomaster and turning it on immediately revealed that this procedure did not fix the problem.

After playing a bit around I realized that the P4 button also not worked whenever TP2 was out. A look at the circuit diagram for the processor board immediately revealed that TP2 and P4 use the same input on the slave processor (it distinguishes between the two buttons via the strobe mechanism that also drives the LEDs of the display in three "phases"). The oscilloscope showed that after pressing the TP2 or P4 buttons the voltage at P81-7 (7th pin on plug 81 that goes to the microcontroller) was higher than on other pins connected to working buttons. This led to the conclusion that the connection between switch and microcontroller must be interrupted whenever the buttons ceased operation.

Hooking up an Ohmmeter between pin 7 and R103 indeed revealed a broken PCB trace, with an intermittent contact depending on the flex of the PCB in the vicinity of P81. I installed a bypass (pink wire in picture): 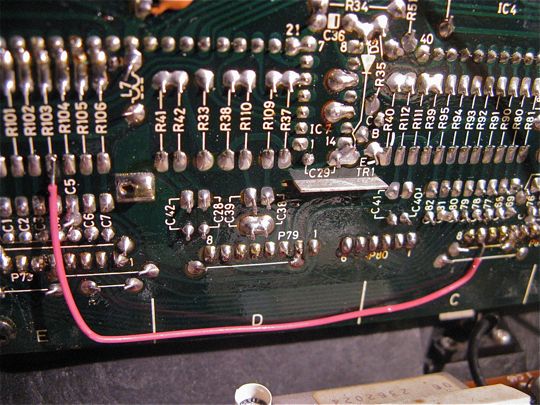 This seems to have done the trick. TP2 and P4 seem now stable.

After this I finally put the Beomaster back together. Tomorrow, I will swap it with the one I currently use in the living room and the next months will show if this rebuild is stable. At this point all features seem to work correctly. On to the next B&O!